Bossier City sits on the east bank of the Red River, opposite Shreveport, in northern Louisiana.

It’s home to four riverboat casinos: Horseshoe, Boomtown, Diamond Jack’s, and Margaritaville, which offer table games and slots and all-you-can-eat crawfish buffets. Horseshoe comped me a spacious hotel room with a view of the other three through floor-to-ceiling windows. Though not as updated as my room at Harrah’s Ak-Chin, it was comfy with Louisiana charm and featured a large bathroom with a soaking tub deep enough to indulge my Sue Ellen fantasies. The soaring hotel itself has a Beau Rivage feel, with its front fountains and small shopping esplanade.

In addition to the buffet, it hosts several restaurants, including 8 Oz., where the burgers are excellent.

The attached two-level riverboat casino is fairly small. The first level is dominated by central tables, surrounded by slot machines. The high-limit room on the second level offers a lovely view of the sunset over the Red River.

Ever since my early visits to Las Vegas, I’ve loved waking up in hotel rooms to the sight of neon casino signs through wall-length windows.

I set out to see a couple of them up close, taking a long walk first past Boomtown and then to Diamond Jack’s.

Sporting running shoes, sticky from the humidity, and generally looking like I’d just been camping, I didn’t go inside. But I did peruse Diamond Jack’s small walk of fame, featuring well-worn stars for entertainers like Wayne Newton who’ve performed there.

After a fun couple of days in Bossier City, I headed to Mississippi and another casino town.

Horseshoe Tunica stands in the middle of Casino Center, flanked by Tunica Roadhouse, another Caesars property, and Gold Strike, an MGM property. The casino at Roadhouse is closed, but the hotel still operates, giving it the sad empty feel of Atlantic City’s Showboat, with hints of past glory hidden in dark rooms behind draperies. Gold Strike stands tall and gleaming, like Horseshoe Bossier City, on the outside; the hotel lobby inside is open and spacious, and the casino is big and busy. Horseshoe has a downtown Vegas feel to it, with its big but not as busy casino. The hotel comped me a room for a night, and I moved on to Tennessee.

It’s been six years since I last visited downtown Nashville, with an interesting friend who had been a reporter there and knew it well. I wonder whether he’d recognize it now. It has really changed. The Southern streets we strolled are now a tourist mecca with more mobile bus and truck bars per capita than I’ve ever seen.

I toured the crowded Johnny Cash Museum, which displays artifacts from the singer’s life, including Country Music Awards, badges from Folsom Prison, and the hand-written lyrics to I Walk the Line.

From there I went to walk along the Cumberland River and found my way to the reconstructed Fort Nashborough, built for the protection of early settlers in the area.

Today, the Tennessee Titans‘ Nissan Stadium stands on its opposite river bank.

Partly for memory’s sake and partly to escape the heat, I popped in to the trendy Hotel Indigo and sat on a comfy stool at its black lobby bar. I sipped my second cocktail of the trip, called a Kelsi, a refreshing cucumber-y vodka-based drink. The road trip is drawing to a close. It’s been amazing, but it hasn’t given me much time to sit quietly and think. One of the purposes of the trip was to see places I haven’t seen before. It was a logistical quirk that brought me back to Nashville, but I realized it’s changed so much that it’s almost like seeing it for the first time too. I wonder what other old places I can visit anew. 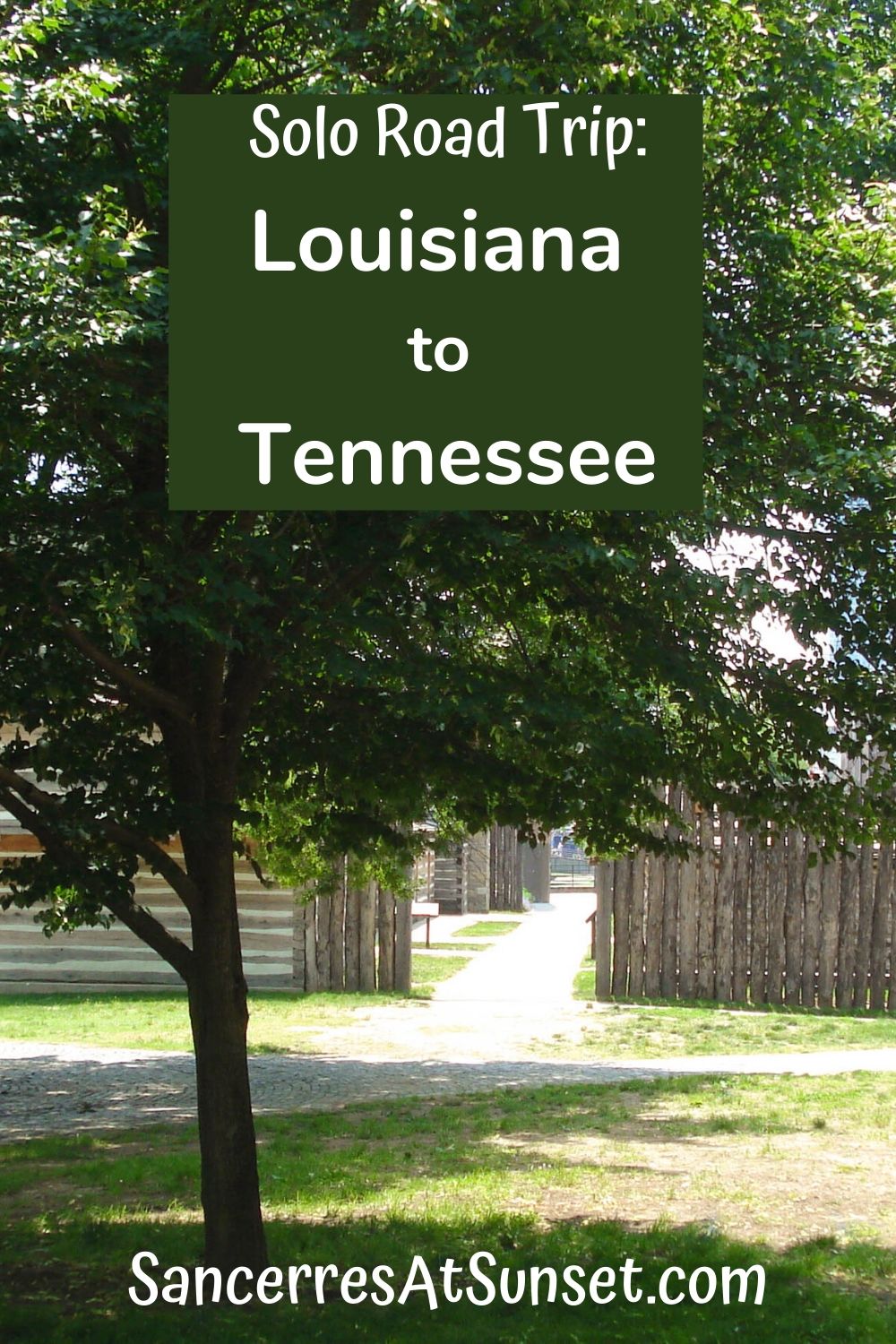 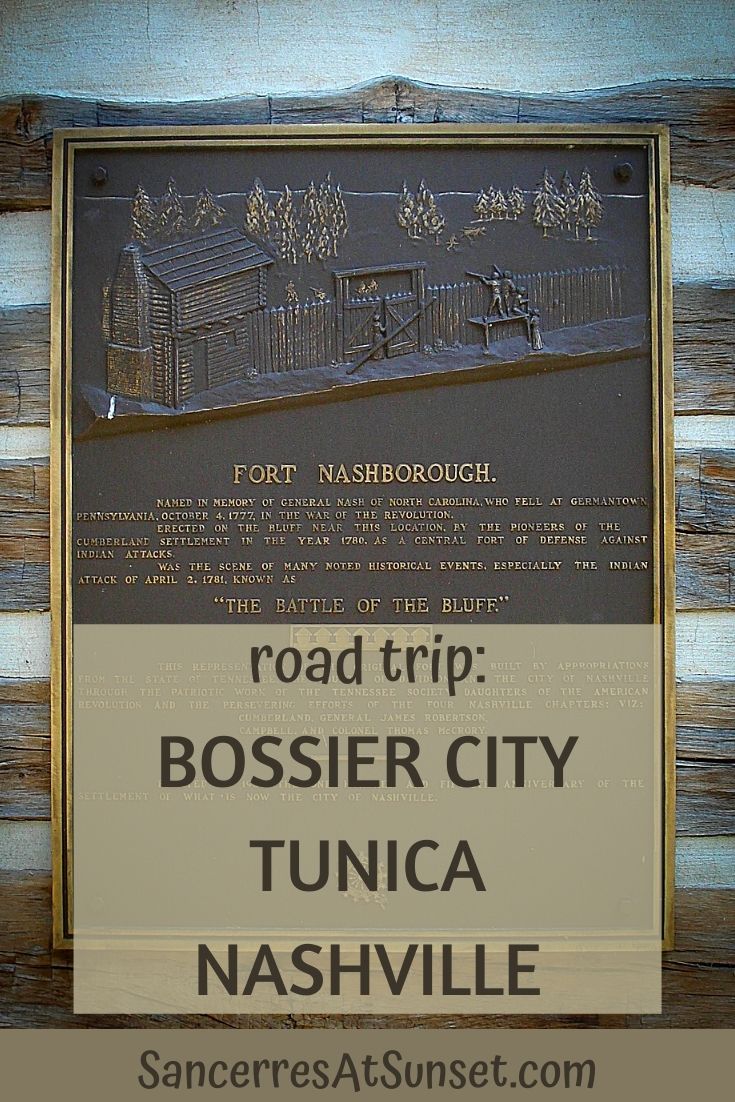 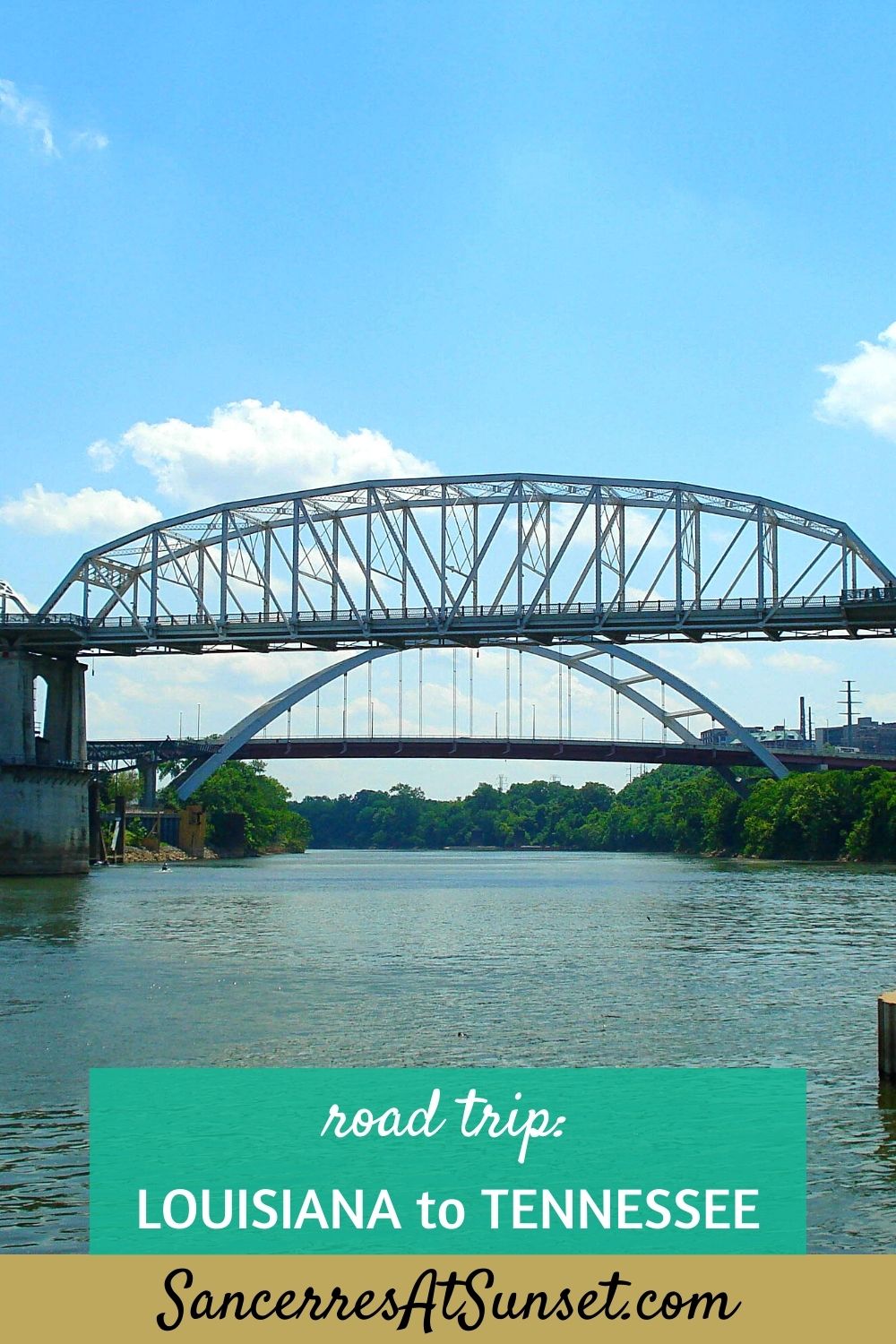