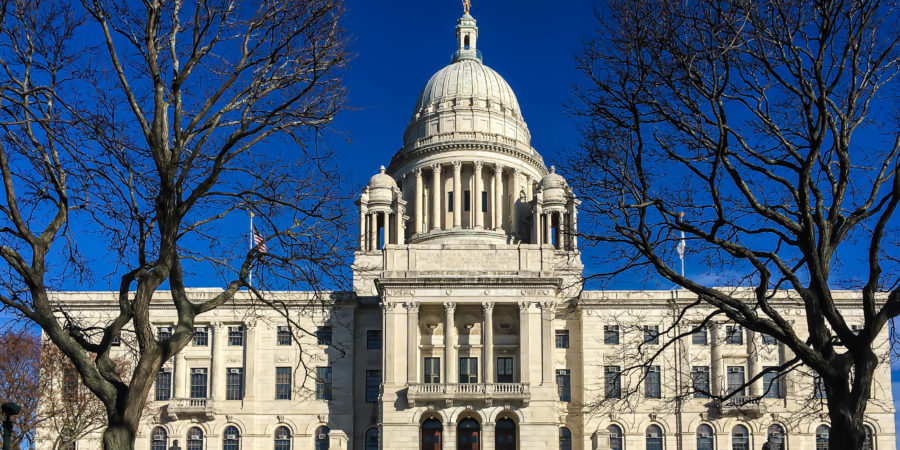 The lobster bisque was as delicious as I remembered.

Hemenway’s has been one of my favorite seafood restaurants since I first visited during a fabulous trip to Providence, one of the best mid-size food cities in America, a few years ago.  Seated at its raised rectangular bar, my companion and I savored every chunk of the generous sweet meat in the well-sherried soup.  We were on a quick stick-season getaway in southern New England; we love to travel in the off-season, because the crowds are so much smaller. 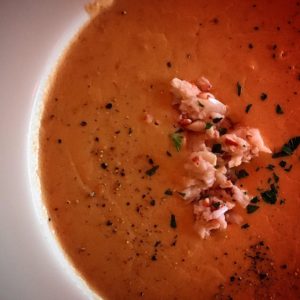 And we had no trouble scoring two comfy backed barstools early on a Monday evening.  After the bisque, we split the sensational antipasto plate.  We loved the tender prosciutto di Parma, the buttery Manchego cheese, the cold peperonata, and most of all the sweet-salty-creamy figs stuffed with goat cheese and wrapped in bacon.  I skipped the grilled bread, but for dessert I sipped the Cafe Royal coffee cocktail with Patron XO and Godiva chocolate, enough to warm me for a walk to Little Italy. 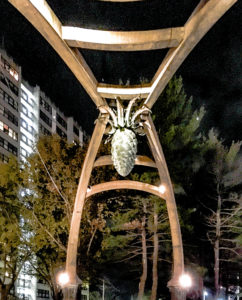 Federal Hill in Providence is home to one of the most thriving Little Italys I’ve visited.  Passing under the welcome arch, with its hanging pinecone, we strolled along Atwells Avenue past Italian restaurants and specialty shops, boutiques and bakeries.  It was a cold night, but there was still a vibrant vibe, with cars whizzing past as pedestrians walked along bustling brick sidewalks. 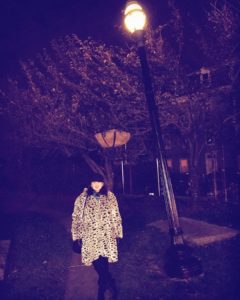 The most prominent building is the Holy Ghost Church perched atop a long flight of marble steps.  It was established in 1889 to serve the growing population of Italian immigrants who settled in the area during the late 19th and early 20th centuries.  The church still offers Sunday Mass in Italian at the prime slot of 11 a.m., though it’s a sign of the times that there is also an English Mass at 9:00 and Spanish at 12:15. 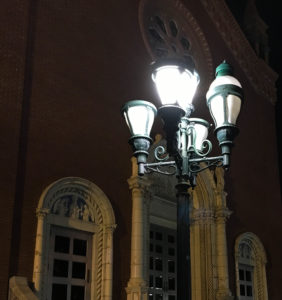 The Rhode Island State House is a neoclassical building of brick and marble.  It is listed on the National Register of Historic Places, and its exterior stood for the U.S. Capitol in the film Amistad.  Its dome is one of the largest self-supporting marble domes in the world.  Atop the dome stands the statue of the Independent Man, who symbolizes freedom.  We missed a public tour but strolled around the building ourselves on Tuesday morning. 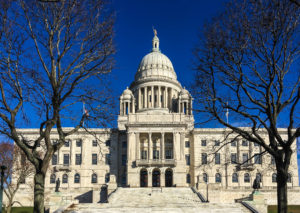 Rhode Island is justly proud of its role in the history of freedom, particularly religious freedom.  Roger Williams founded the first English settlement in what became the colony in 1936 after being banished from Massachusetts for opposing ecclesiastical control over civil law.  It became a refuge for those fleeing religious persecution.  Religious freedom would be explicitly protected in the colony’s charter, granted by King Charles II in 1663.  A little more than a century later, Rhode Island would become the first colony to declare independence from Great Britain.  In 1778, the state was one of the first to ratify the Articles of Confederation.  But as the inevitable cries for bigger and stronger national government rose, Rhode Island refused to ratify the Constitution until a Bill of Rights was appended to protect individual liberty, including religious freedom.  Visitors to the state house can view original documents related to this early history in the small and museum-lit Charter Room.

Bigger and brighter by far is the State Room.  It is lined with white marble pilasters and lavishly decorated with red upholstered furniture and draperies dressing the large windows overlooking Providence.  A crystal chandelier hangs high above, and marble fireplaces grace the head and foot of the room.  The pride of the room is the well-known portrait of George Washington by Rhode Islander Gilbert Stuart. 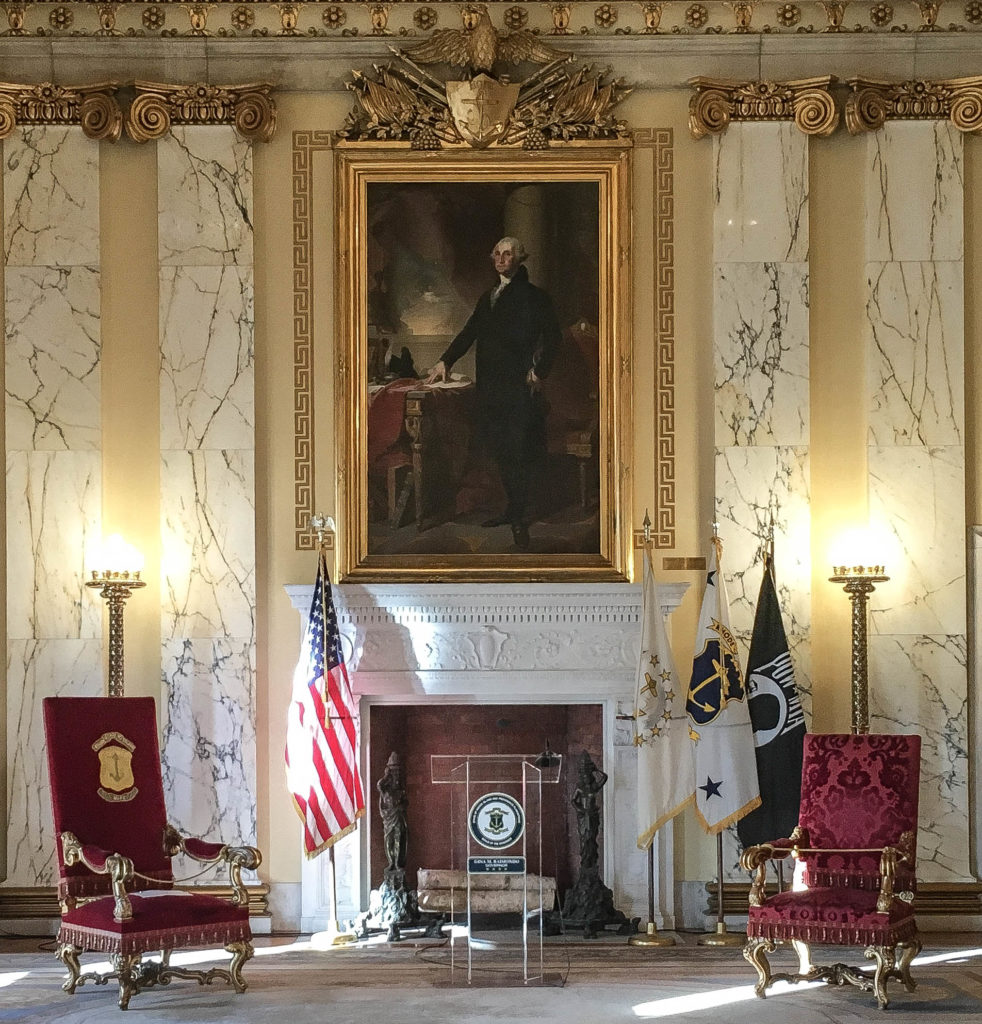 Later we went back to Little Italy.  Massimo restaurant sits on Atwells Avenue steps from the archway.  The food and service in the bright and open dining room live up to its boast of “Italy to table” cuisine.  We each opted for the very reasonable three-course Presto lunch and started with the Zuppa di Pomodora.  Trying not to go carb-crazy, I limited myself to just a few of the succulent focaccia croutons in the richly roasted tomato soup.  For my main course, I chose the chicken piccata, so generous and tender under its lemony white wine sauce that I couldn’t have eaten the accompanying fingerling potatoes even if I’d been inclined to let myself.  My companion loves baked pastas and went with the Rigatoni Al Forno, with sausage.  The rigatoni were al dente, and the baking gave the smoked mozzarella and pecorino romano cheeses a rich texture without drying out the tomato sauce.  For dessert, we each selected the small cannoli, but by then I was so stuffed I had to request mine in a box to take with me as we travelled on to Connecticut. 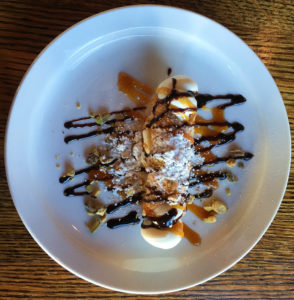 Of its four hotels, I usually stay at the Fox Tower, where the comfy suites have pretty views and well-appointed bathrooms.  But this time there was something new.  As we rolled our suitcases from the complementary parking garage into the main facility, we were stopped to wait in line at a small table for a search that was intrusive, unsanitary, and useless.  A guard opened both our suitcases and rummaged through our clothing with bare hands.  He also searched my shoulder bag but neither of our laptop bags.  I resisted the urge to tell him I left the gun when I took the cannoli.

We dropped our hopefully still bedbug-free bags in our cozy room, put the cannoli and the complementary waters in the fridge, and headed down to the casino.  Connecticut is one state that still honors freedom enough to allow complementary drinks, and we sipped sparkling wine as we played low-stakes video poker.  After a while we moved on to the VP bar at the sports book, where the bartenders are friendly and generous, and played until our dinner reservation.

Of the dozens of restaurants at Foxwoods, our favorite is David Burke Prime.  The restaurant is naturally known for its steaks, but we go for the oven-roasted lobster.  Sitting on the leather banquette of our half-booth amid the casino-glam setting with its large central bar, three-story wine tower, and cowhide upholstery, we each ordered a two-pound male.  Having so over-indulged at lunch, we skipped appetizers, but did order a side of asparagus, which was delicious–lightly charred and cooked just past crisp.  The small bed of garlicky spinach under the lobster’s claws was very good as well.  Both lobsters were served tail out, on their backs, nicely roasted, alongside small metal gravy boats of drawn butter.  Inside they held sprigs of rosemary, no tomalley (good), and roe–very very bad.  We had both received females.  Fortunately, the amount of roe was small and easily scraped away from the sweet and perfectly roasted meat.

It was as delicious as we remembered. 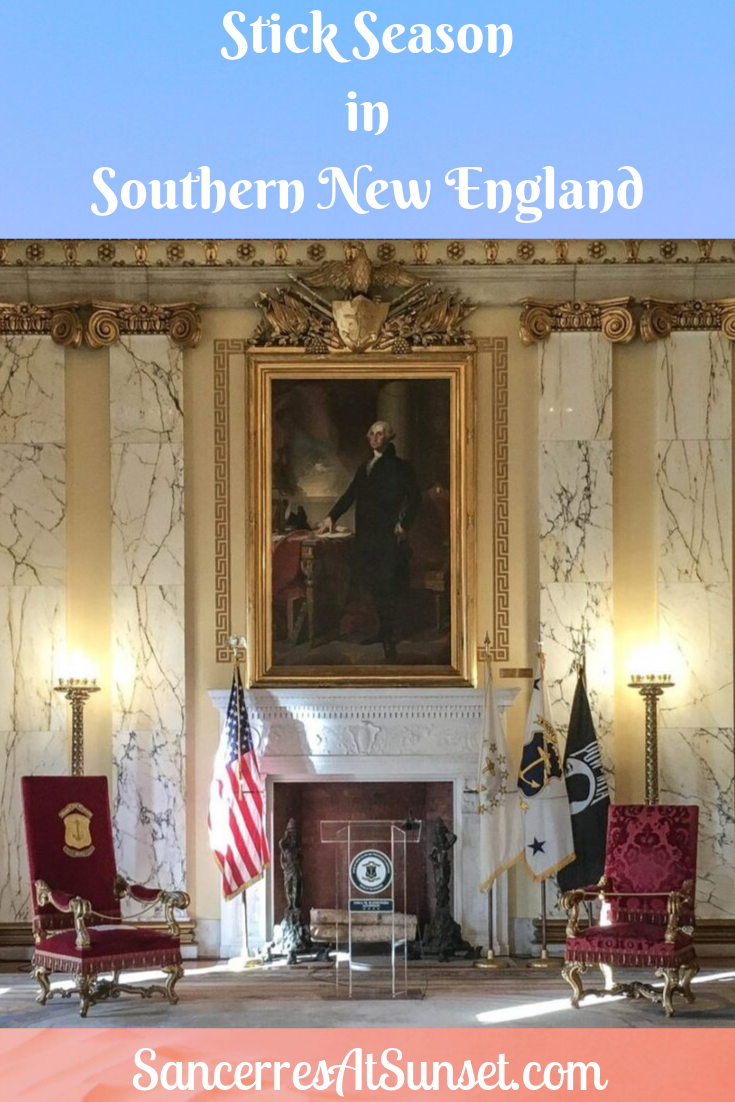 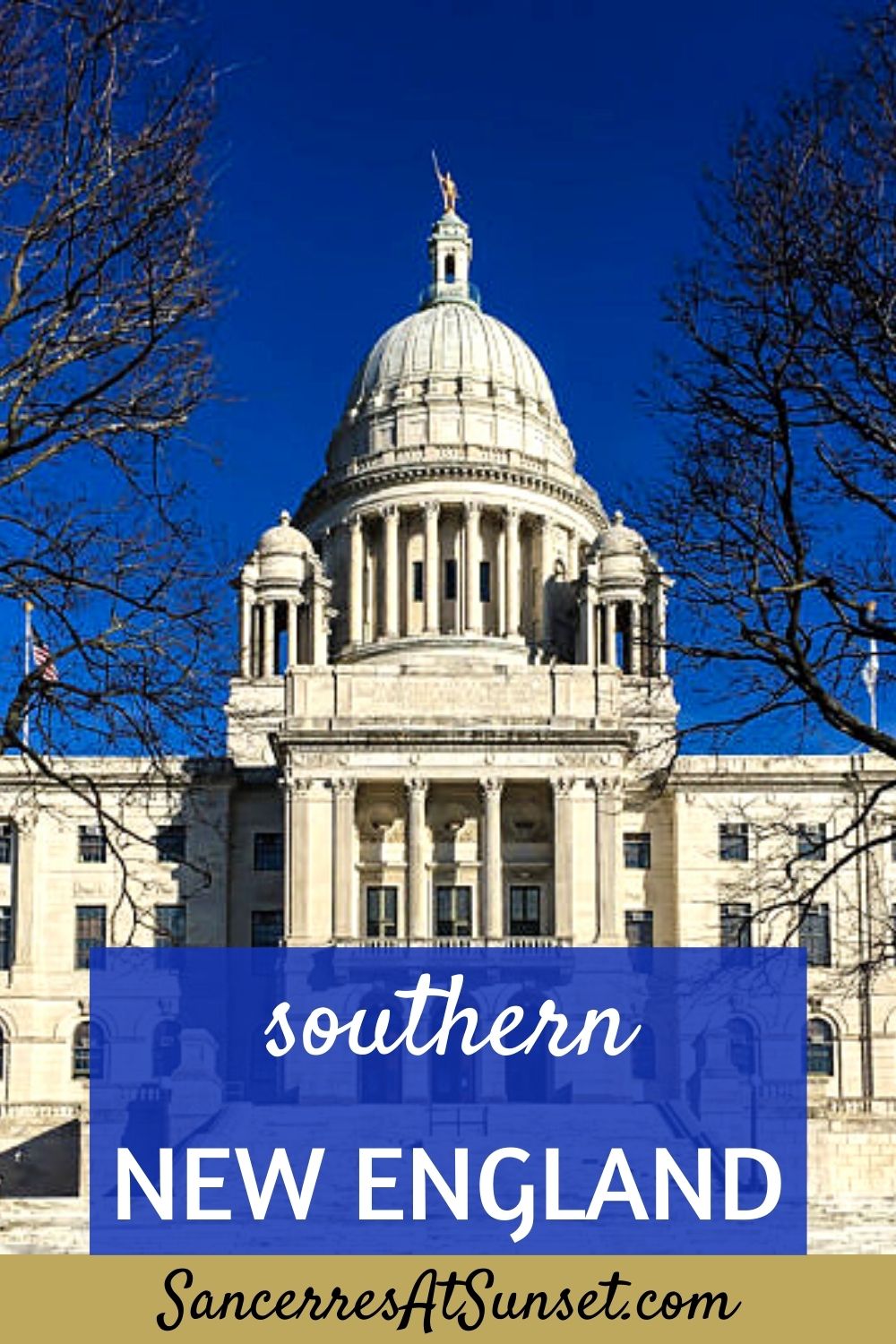