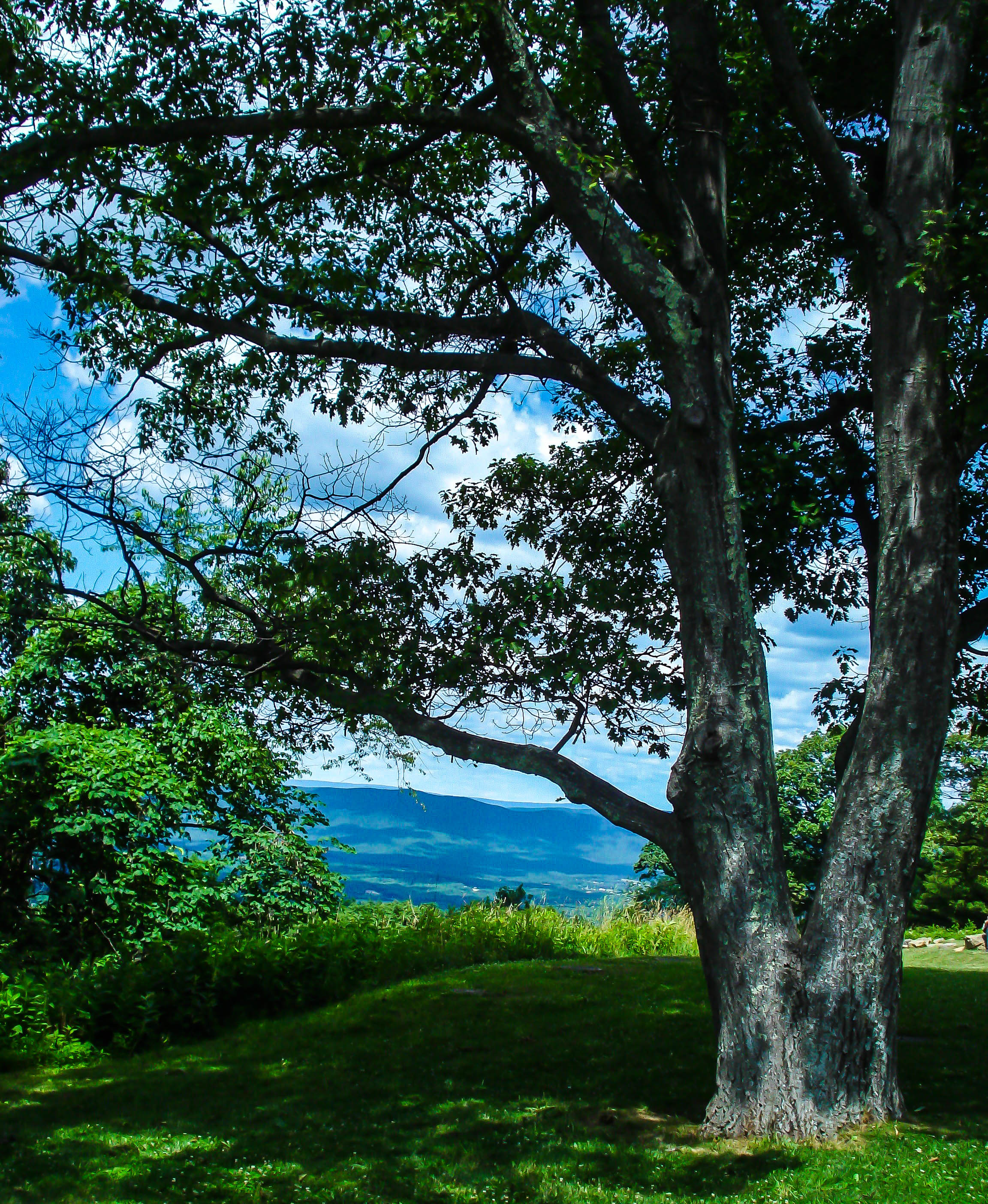 “I’m glad we’re in the Jeep,” I told my travel companion as we drove up a long narrow gravel road lined with green trees in Virginia’s Shenandoah Valley.  I joked that maybe there was no opposing traffic because no one ever emerged from the slightly spooky area alive.  We reached a narrow wooden bridge.  “I wish we were in the sedan,” I said.  If there’d been enough space to turn around, we might have done so.

We’re glad there wasn’t.  Cedar Creek Winery was well worth the drive.  Like most wineries, it is surrounded by lush green land lined with grapevines.  Unlike most wineries, its rustic tasting room didn’t double as a gift shop for wine kitsch.  At first I was disappointed when the owner told us that they produce only two wines–a Chardonnay and a Cabernet Franc.  But they do offer a vertical tasting, meaning samples of the same wines from different vintages.  And in Virginia, much more so than in California, that means great variety.  That’s because Virginia’s weather varies so much from year to year.  “Consistent weather, consistent wines; inconsistent weather, inconsistent wines,” owner Ron Schmidt likes to say.

Our favorite Chardonnay was the crisp 2014.  The 2012 was much butterier.  The 2011 fit in between.  With five Cabernet Francs to try, there was more variety.  The 2009 was full and balanced with notes of black cherry and black pepper.  The 2010 was richer, with hints of dark chocolate.  The 2011 had a surprising berry cola nose with a peppery finish.  The 2014 balanced dried plum with ripe cherry.  Our favorite was the 2012, very soft and balanced with a rich mouthfeel; it won the Virginia Wine Lover Magazine 2014 Wine Classic Platinum Medal.

Later I enjoyed the sweet Nocturne at Shenandoah Vineyards.  Made with Traminette grapes, my latest favorite, it won the Virginia Governor’s Cup Competition 2016 Silver Medal.  But what surprised me the most was seeing the “Tax-Paid Room”.  Winemakers are not allowed to sell wines without first paying taxes on them, so they store eligible bottles in a special place.  Government likes the first fruits for itself. 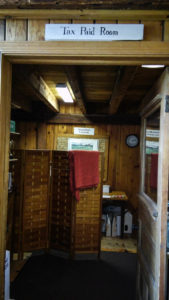 At Cave Ridge Vineyard and Winery, we bought a bottle of the floral but crisp Sparkling Traminette and enjoyed it at a small table on the bucolic grounds.  We also spotted our favorite wine kitsch of the trip. 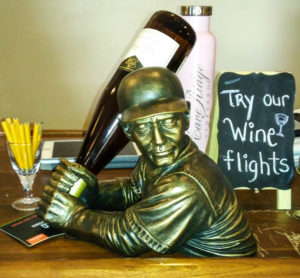 At our final winery stop, Wolf Gap Vineyard, I liked the semi-sweet but light Traminette, while my companion preferred the full Lobo Loco Rosé.  Standing behind the breakfast bar in the small kitchen that serves as a tasting room, owner Willard Elledge pointed out that the Shenandoah Valley enjoys a drier micro-climate than the rest of muggy Virginia, making the area better for grape-growing. 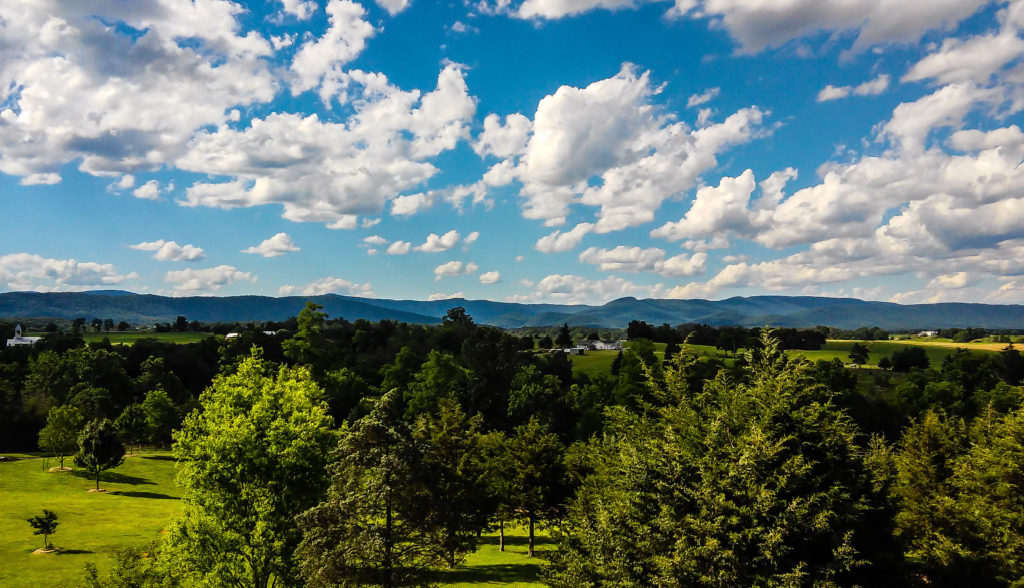 We appreciated the dryness in the morning as we hiked the Snead Farm Dickey Ridge Loop Trail, a moderately strenuous 3.4-mile route in the Shenandoah National Park, 500 miles of trails across 200,000 acres.  Early in the day, it was still cool and uncrowded as we climbed through lush green grasses and trees along a worn carpet of rusty fallen leaves from Autumns past.  Though we’d been warned about snakes and bears (oh my) the only wildlife we spotted was a white-tailed deer sprinting up a hill thick with leaves.  We climbed uphill until we reached a stunning vista, a valley of houses so far below they looked like Lilliputian cottages against the mountain backdrop.

We had a closer view of what’s left of Snead Farm, where two workmen were beginning their day.  “You’re just in time to help,” one of them quipped.

“Sure, give me a hammer,” my companion volunteered.

Snead Farm is a gut-wrenching reminder of the more than 2,000 people, dismissed as hillbillies, whose homes were taken–often locked behind them–by the federal government through eminent domain in order to establish this park on Virginia’s arable land.

The beauty of the Valley reaches beneath its surface.  Discovered in 1878, Luray Caverns are the largest caverns in the eastern United States.  Our one-hour guided tour along a brick pathway took us through cathedral-high rooms of stalactite and stalagmite formations, often resembling avalanches and waterfalls, sometimes joining together in columns.

“Is this the Batcave?” a boy of about two asked his father. 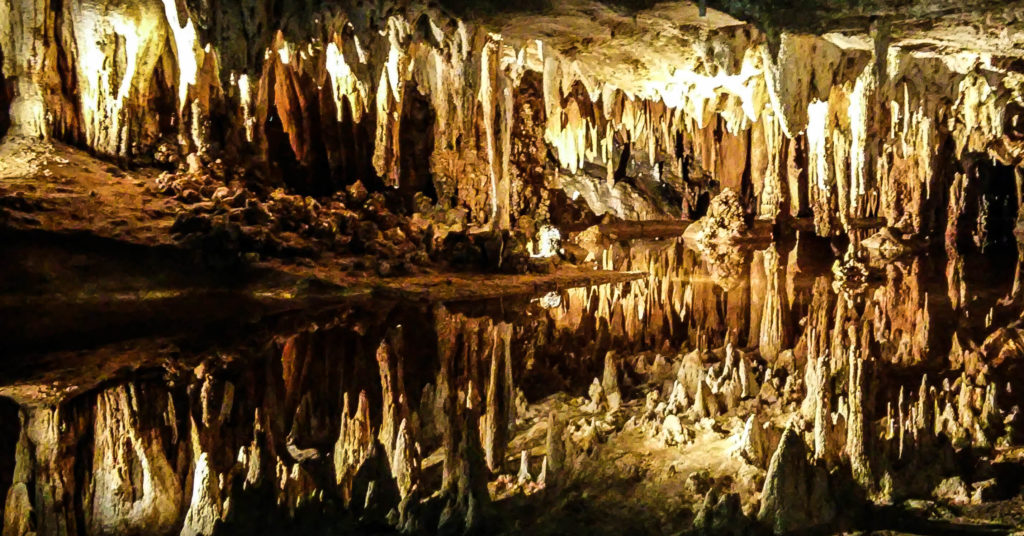 Mostly in shades of tan, with splashes of dark green and creamy white, it reminded me of the Jordan Desert with its endless variety of naturally formed shapes, although when I visited the Desert’s temperature was closer to 54 degrees Celsius than the Caverns’ constant 54 Fahrenheit.  And unlike the Desert, the Caverns are dotted with pools of water that reflect the formations above them, so clearly that it sometimes felt like looking into the long-fanged mouth of a monster.  We managed to hang back and lose the rest of our group, ambling along and finding reflections of the world outside, as though in the quiet the bony fingers all around reached into our minds and stimulated our imaginations.  A formation known as the “Fried Eggs” looked more to us like oysters on the half-shell.  I saw a wise white owl and never felt more like Plato. 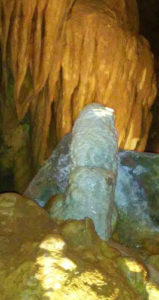 From its Cabernets to its caverns, the Shenandoah Valley is a land of beautiful variety. 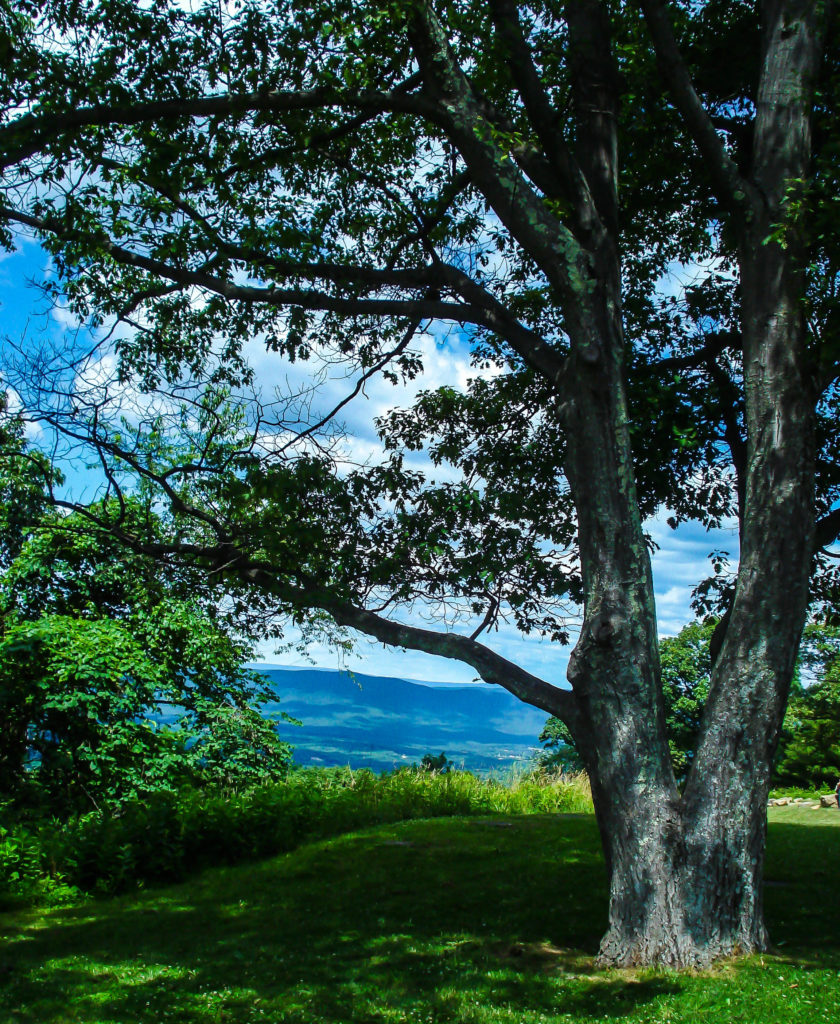 To find and book fully cancellable activities and tours in Virginia, click here. 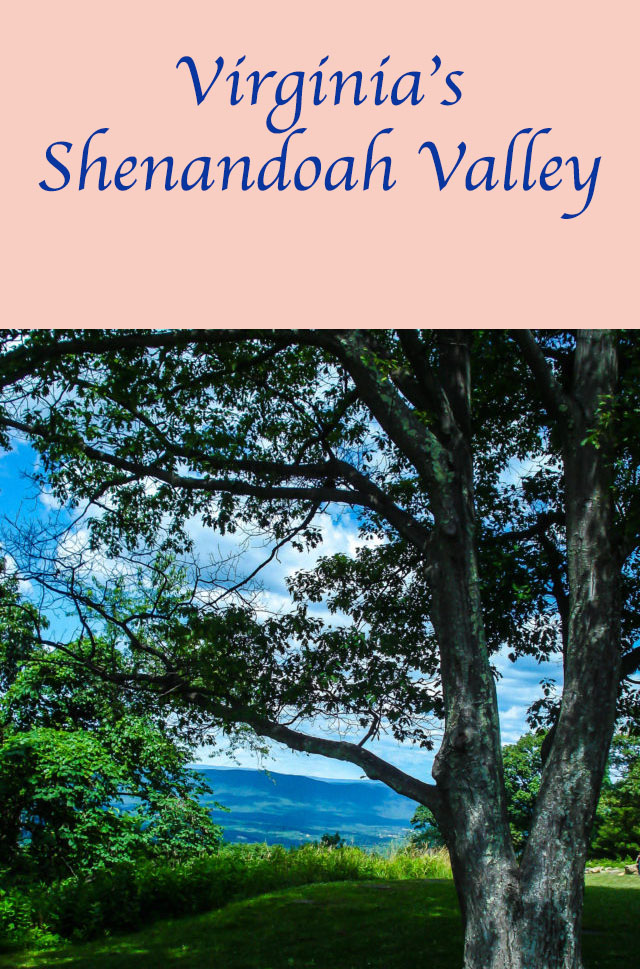 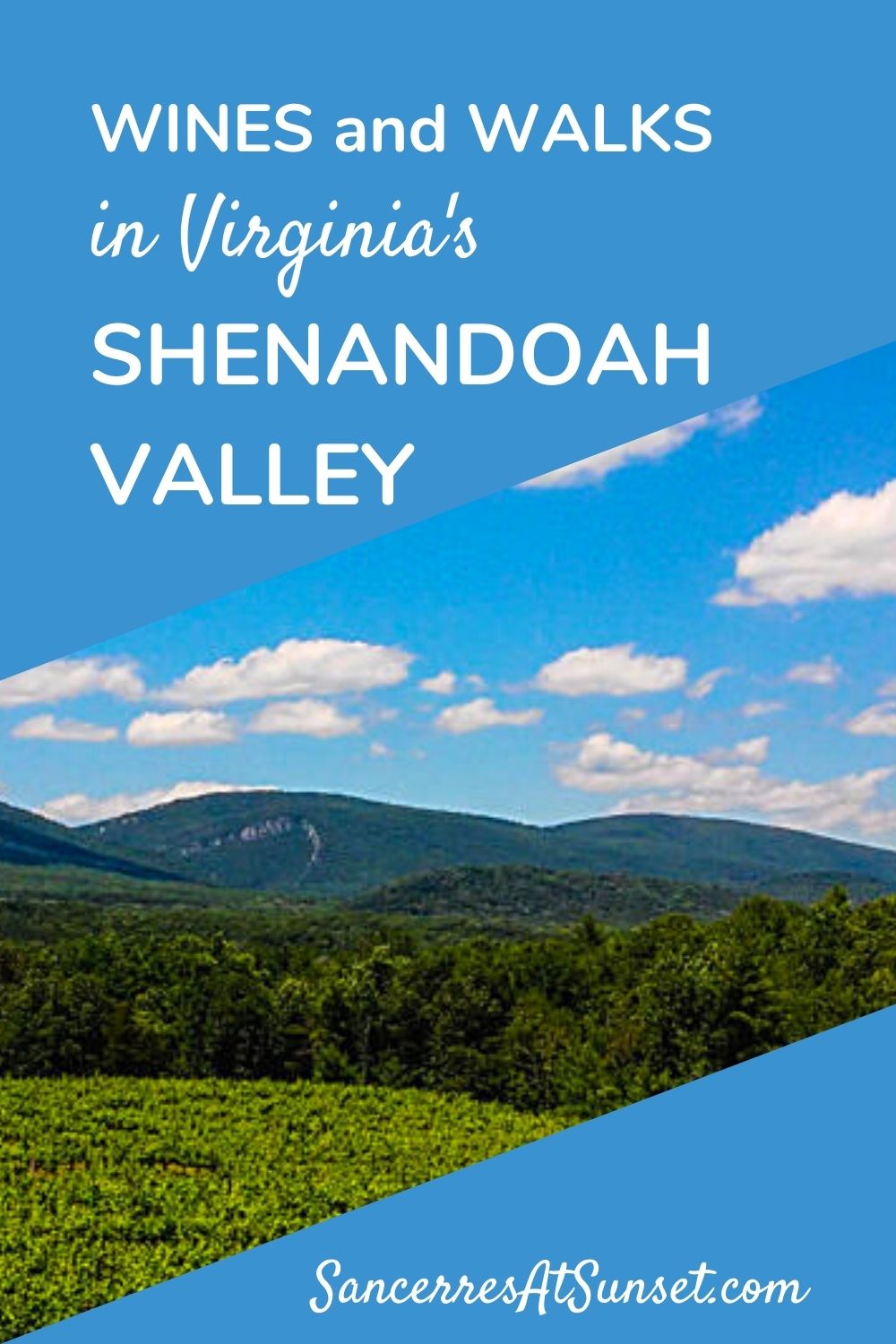 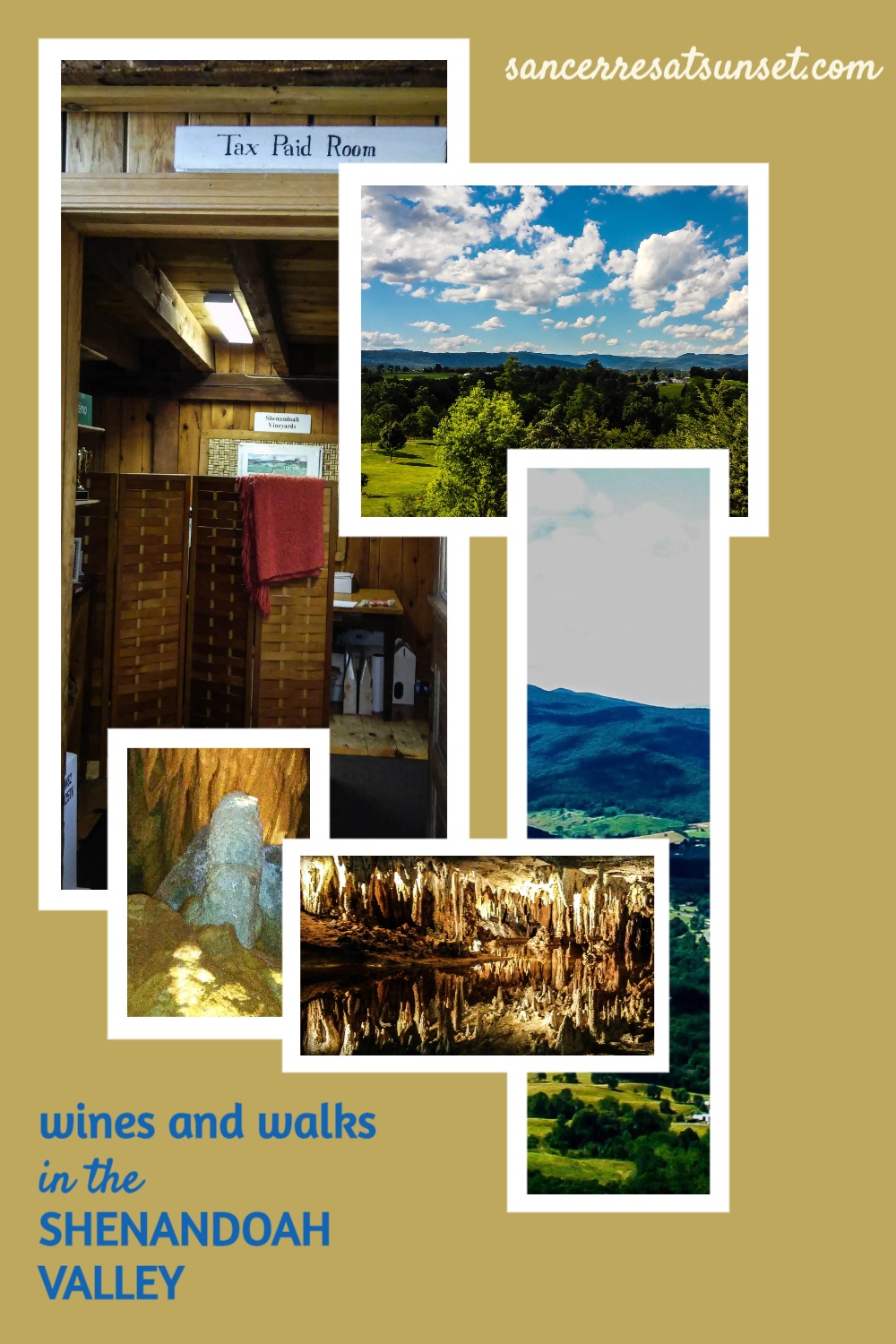 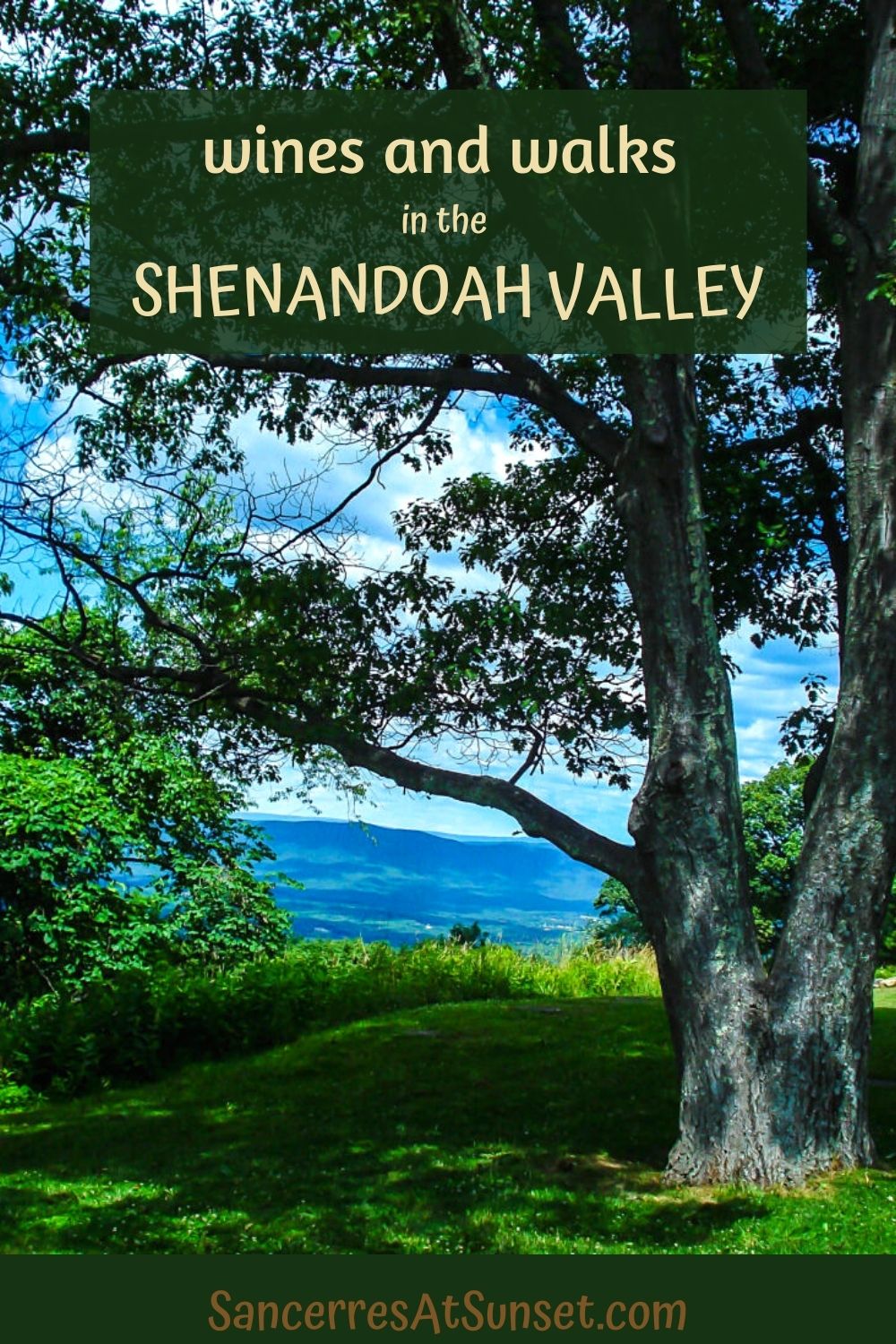