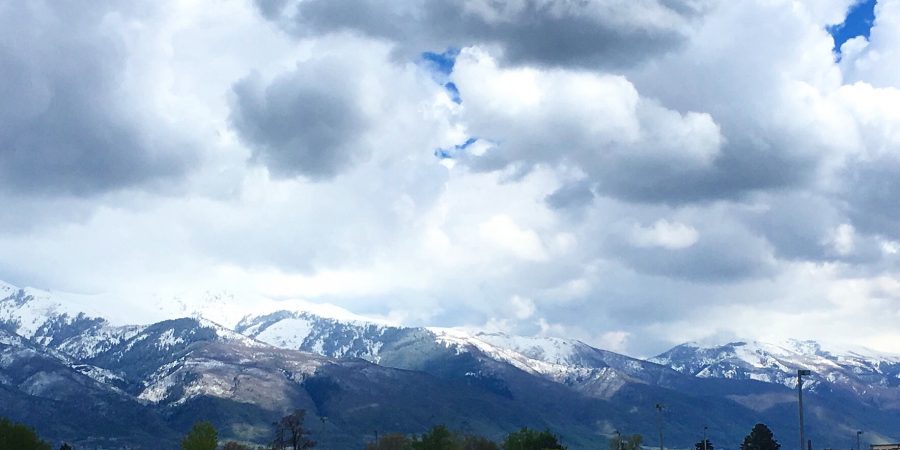 Northern Utah lies nestled at the base of the Wasatch Mountains, which form the western edge of the Rockies. The area includes Salt Lake City, the state capital, and Provo, home of Brigham Young University.

At the height of Spring, it is carpeted with glorious tulips.

I woke up to a dusting of snow and walked over to the reasonably priced Sego Lily Spa in Layton. The cozy full-service day spa features a well-appointed locker room and comfortable lounge areas, with big club chairs and warm rugs on slate tile.

After a week on the road, I started with a welcome body polish. One pattern I’ve discovered is that East Coast spas tend to offer scrubs in regular treatment rooms, where therapists rinse clients off by hand with washcloths, but Western spas use wet rooms with Vichy showers. Sego Lily was no exception, and the Vichy shower rained throughout the treatment, as I lay under a desert-brown towel while the wet-aproned masseuse scrubbed my bare skin smooth from top to toe. I’d been interested in trying dry brushing, and since Sego Lily offered it as an inexpensive add-on, I went for it, but unfortunately I can’t say I saw much difference in my skin tone. The body-butter massage though sealed in the benefits of the scrub. Days later, my skin still feels like satin. Next I had a typical facial, and added on an eye treatment. My eye area still hasn’t bounced back from when my house flooded, but I was glad to see some tightening and brightening. And I was delighted to discover that Sego Lily offers a Dazzle Dry manicure, rock hard in five minutes, which I haven’t found anywhere besides Bella Sante, my erstwhile go-to day spa in Wellesley.

The real reason I’m in Layton is the Everything Food Conference, which drew about 700 foodies from as far away as Brisbane, Australia. The most helpful sessions for me were Ty Kilgore’s break-outs on search engine optimization. Key take-away: Never stop optimizing your posts. But the best part about conferences is the opportunity to catch up with other people. I enjoyed meeting the sponsors, including the people from Atkins; as regular readers know, I’m a big believer in the power of the low-carb lifestyle. I’m looking forward to delving in to the book they gave me.

And I was thrilled to be invited to a small dinner hosted by Anolon. Local Top Chef contestant Katie Weinner took over Sweet Lake Biscuits & Limeade restaurant in Salt Lake City and served a pop-up dinner to about three dozen of us, featuring chicken and biscuits with a delicious cashew gravy and finished off with a creamy panna cotta topped with strawberries and edible glitter.

I really enjoyed chatting with some of the other bloggers at my table: Sarah Alvord from Feeding Your Fam, Susie Bulloch from Hey Grill Hey, Rachel Farnsworth from The Stay-at-Home Chef, and Cassie Heilbron from Cook It Real Good. To top a great evening off, Anolon gave us each a French skillet, which will go nicely with their slotted turner in the swag bag. And the next night, I won a 3-quart saucepan!

I did Uber in to Salt Lake City for some quality site-seeing. Temple Square is the most visited attraction in Utah. It’s even more popular than Zion National Park, though it sure didn’t seem that way. The small groups of pleasant and smiling men in ties and button-downs and women in knee-length dresses seemed bustling rather than bothersome.

Temple Square is different from most of the other city centers I’ve visited around the world. Clean and orderly, it feels safe behind low walls and gates. Its central point is the soaring Temple, which is off-limits to non-Mormons.

I did join a public walking tour. Two young Mormon “sister missionaries” sporting modest dresses, sensible shoes, black name tags, and subtle make-up led a small group to several of the Square’s buildings. Most impressive to me was the Tabernacle, home of the Choir. Finished in 1867, the building houses one of the largest organs in the world, with 11,623 pipes, ranging in length from more than 30 feet to just a few inches.

But what’s truly distinctive about the Tabernacle is its powerful acoustics. Our small tour group sat on well-spaced pews near the back of the building, while our young tour guides stood about 150 feet away at the pulpit. One tore a newspaper; it sounded clear and crisp. Her companion dropped a pin; yes, sometimes cliches come true: We really could hear a pin drop. Then she dropped a metal nail; it clanged like a cymbal crashing to the floor.

After the tour, I couldn’t resist simply walking around the Square. The weather in northern Utah is as changeable as in New England, and the day was sunny with the kind of arid warmth that gently cossets your skin.

And the 35 acres of the Square are adorned with a maze of garden beds blooming with hundreds of varieties of Spring flowers, including daffodils, lilies, and peonies.

But it’s the tulips that stand out.

Soaring a foot high in some places, they pop in red, yellow, coral, mauve, sometimes on the same bloom.

And when the bright mountain sun catches just right, the petals look almost translucent as they glisten.

Northern Utah is one of the most beautiful regions I’ve ever seen. 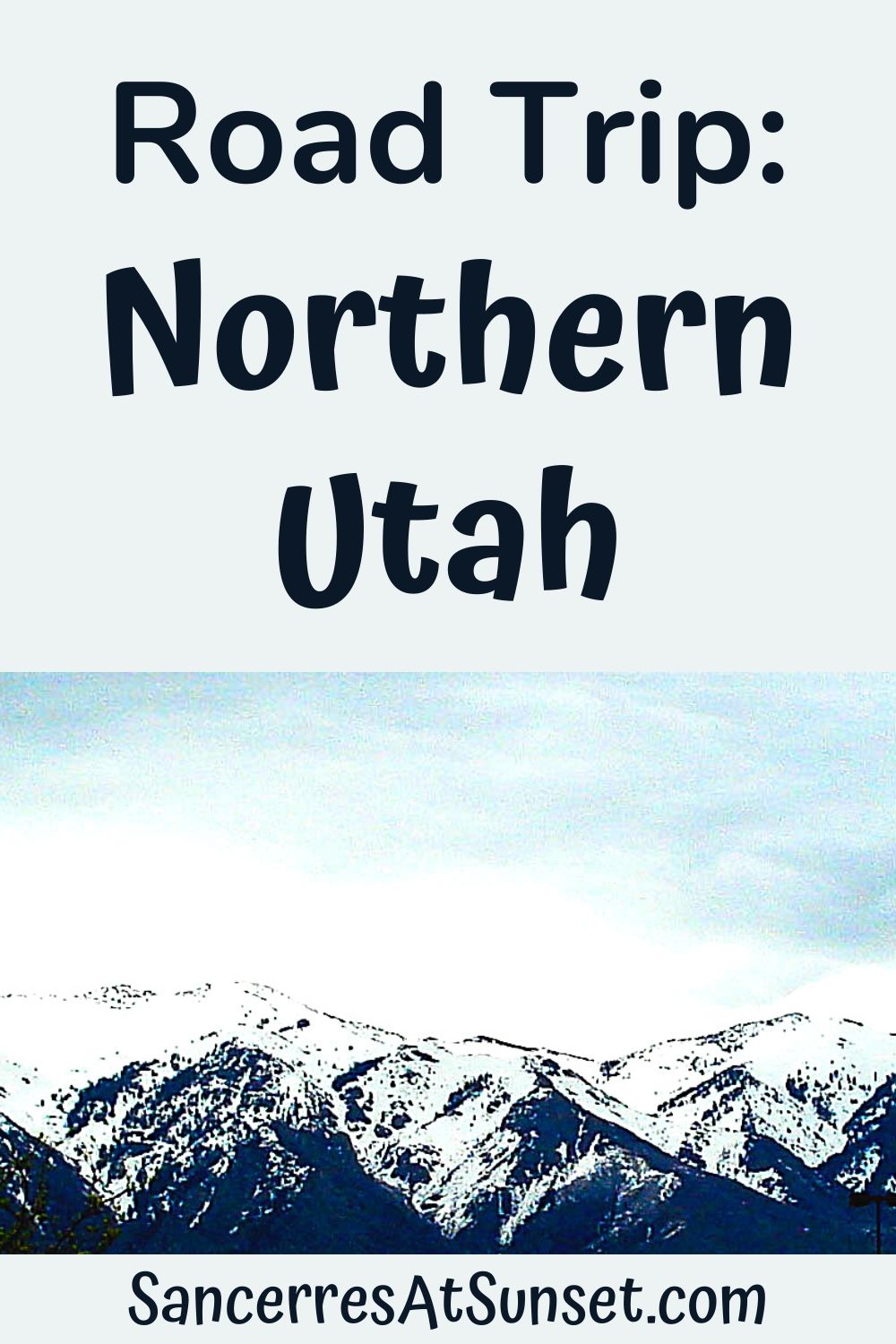 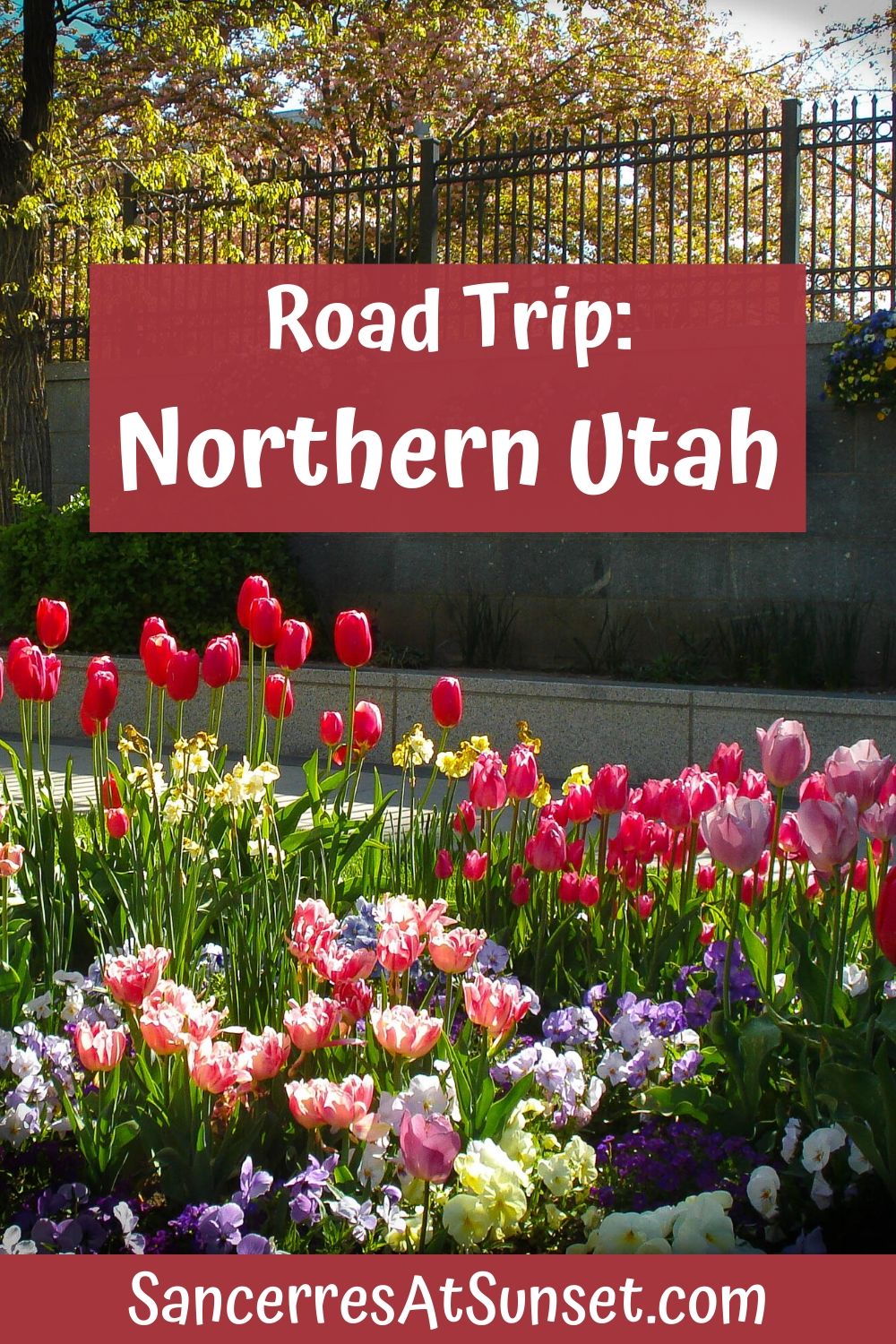 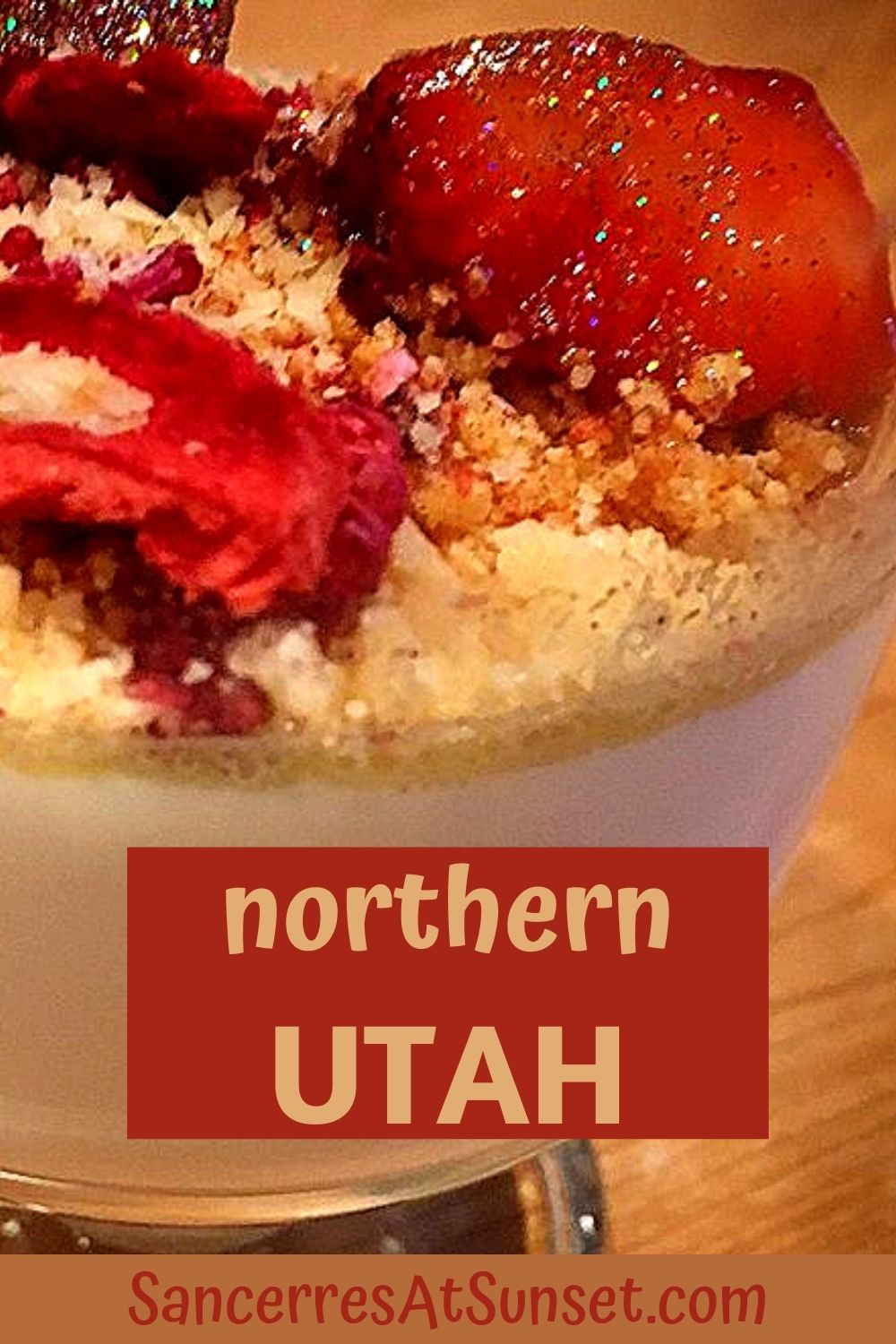 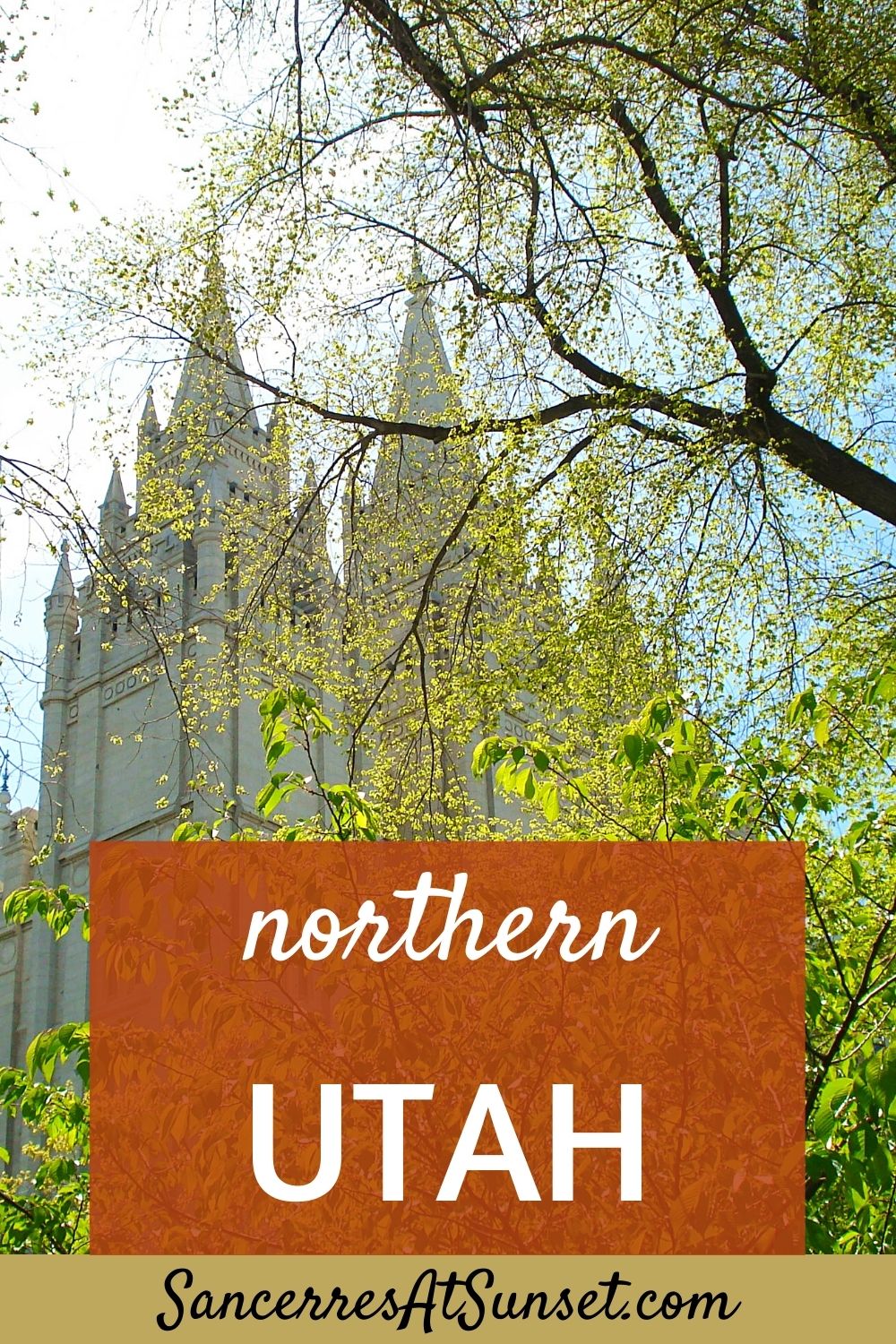