One of the first things you have to decide before taking a road trip around America is which way to go:  clockwise or counter. For my trip, counter-clockwise made better sense.

I expected that the D.C.-Chicago portion would contain the worst traffic, and I wanted to cover that territory while I was freshest.  I’ve also seen much of that area, and while it’s certainly worth exploring again, one point of this trip is to see new places. I spent the first two nights at casinos in Ohio and Illinois. And then I was on to the first highlight of the journey:

My eyes welled as I drove the long narrow highway toward Dixon, the place that shaped the greatest President of my lifetime. Dixon is picture-postcard middle America. Well-tended modest homes with small gardens line quiet roads; some still have hitching posts out front.

The Reagan home is flanked by a small park with a statue of the 40th President on one side and a visitor center on the other. I arrived before the 10:00 opening, so I walked along the park and then up and down the street.

A little after 10, I stepped into the visitor center, a combination museum and gift shop, with tee-shirts on hangers and old photos on the walls.

I paid the $8 fee, watched an introductory video, and then headed over to the home, accompanied by a docent and a pleasant middle-aged couple who commented on how surprisingly humble Reagan’s background was.

The tour begins up the narrow staircase leading to the second storey of the small house. It contains a single narrow bathroom and a modest master bedroom and a guest room.

Young Ronald shared not only the third bedroom but even a bed with his brother Neil.

The first storey holds the formal parlor, used only on Sundays or when guests were visiting, and the family room, where the Reagans snacked on after-dinner popcorn.  The charming dining room reminded me of the late President’s observation:  “All great change in America begins at the dinner table.”

Most intriguing to me was the kitchen, where Nelle Wilson Reagan prepared the family’s meals, using the zinc sink, ice box, hand-cranked beater and meat grinder, and gas stove.

Mrs. Reagan didn’t live to see her son become President. She didn’t see him stand at the Brandenburg gate and demand, “Mr. Gorbachev, tear down this wall!” Nor did she see the Berlin Wall come tumbling down two short years later. But if she ever gazed out her curtained kitchen window, perhaps while peeling the potatoes for dinner, she was looking at the spot where his statue now stands.

The tour took about half an hour, and then I was off to Iowa for another casino stay, and then up toward the next museum on my itinerary:

I stepped into the large gift shop and paid the $10 fee for the self-guided tour of several buildings, including a one-room school-house.

The depot building houses memorabilia from the TV series.

And there’s a replica of the sod house where the Ingalls family lived while Pa built the little house On the Banks of Plum Creek.

It took me about 30 minutes to tour it all, and then I was back in the car and off to the surprise hit of the journey so far:

I’d never been to South Dakota before, and as I drove through I felt like it had been designed for me. Casinos are everywhere; they dot small towns like 7-11s. Even the gas stations have casinos (okay, small rooms with slot machines).

And there are lots of wineries, though I passed them all up because I’m driving.

But what really struck me is how beautiful the state is.  Lakes and marshes line the narrow highways; prairie grass and reeds and even small trees rise from low waters that sparkle in the sunlight.  The sky is big and blue and open, with puffy white clouds that seem to taper as they meet the mountains at the distant horizon. The raw beauty delighted me as I drove west toward what would become my favorite part of the state:

Rocky hills, green spruce trees, scampering deer and other wildlife, views of the mountains in the distance make this national forest intriguing and serene at the same time.

It also houses the main attraction I had been planning to visit in South Dakota:

Mount Rushmore rises so high that it’s possible to see its four faces without even going to the official National Memorial. Driving up the Black Hills toward the monument, I was able to view it from a highway turn-out.

I did continue to the official site and paid the $10 parking fee.

The four presidents whose images are carved into the granite–George Washington, Thomas Jefferson, Abraham Lincoln, and Theodore Roosevelt–were chosen not just for their personal accomplishments but also for the eras they represent: founding, growth, preservation, and development, a reminder that the course of history moves with the efforts of great men who respond to the challenges of their times. But carved to commemorate the nation’s 150th anniversary, it is also a monument to the American spirit of ingenuity, craftsmanship, and courage brought forth by the men who created it.

Just as you can see the monument before reaching it, you can also get a last glimpse of George Washington on the way down. Another highway turn-out allows visitors to view the first president’s profile.

And from there, I continued West toward the last state for the first portion of my trip:

Driving westward, the high plains roll into foothills and then rise up into Rocky Mountains. At altitudes around 7,000 feet, mountain peaks with green grass and patches of white snow flank the highway on the right and left. Straight ahead, the horizon is closer, and the clouds seem so near you could almost open the moonroof and touch them, as the sun shines through, giving them a glowing luster, like fine cultured pearls.

Like the 19th-century pioneers, I was following part of the Oregon Trail toward Salt Lake City. Well, okay, just like the early pioneers except for that part about driving a sedan with a moonroof over paved highway and staying at casino hotels instead of riding in a covered wagon over untamed hills and pitching camp. But I did make one of the same stops:

Roughly half-way between the Missouri River and the Pacific Ocean, Independence Rock was an important landmark for the 19th-century travellers. It was unmistakeable, as it reaches 130 feet high and spans more than a mile in circumference. It’s sometimes called the Register of the Desert because thousands of pioneers had their names carved on it. Today, appropriately in a way, it’s located at a highway rest stop. Legends about how it got its name claim that travellers hoped to reach it by Independence Day, in order to remain on schedule to cross over the Rockies before the snow, and that it was the site of jubilant July 4 celebrations.

Pioneers making a grueling trek toward what they hoped would be a better life, celebrating in gratitude the independence of the country they crossed. A 33-year-old man who drafted the Declaration that founded the nation and later became her third president. A general who came out of retirement to ensure the newborn nation’s independence from a global power, and then became her first president. A sculptor who honored those presidents and others in stone, and the hundreds of men who risked injury and death to bring his vision to fruition. A farmer who built a little house for his family while they lived in a soddie in the ground. His daughter, who recorded for history the hopes and heartbreaks of life on the frontier. And a young boy who shared a bed with his brother in a modest home in a small town, who became the country’s 40th president, and stared down the evil empire threatening all she represents, and brought it to its knees.

These are the people who personify the American spirit. They are why America has always been great. 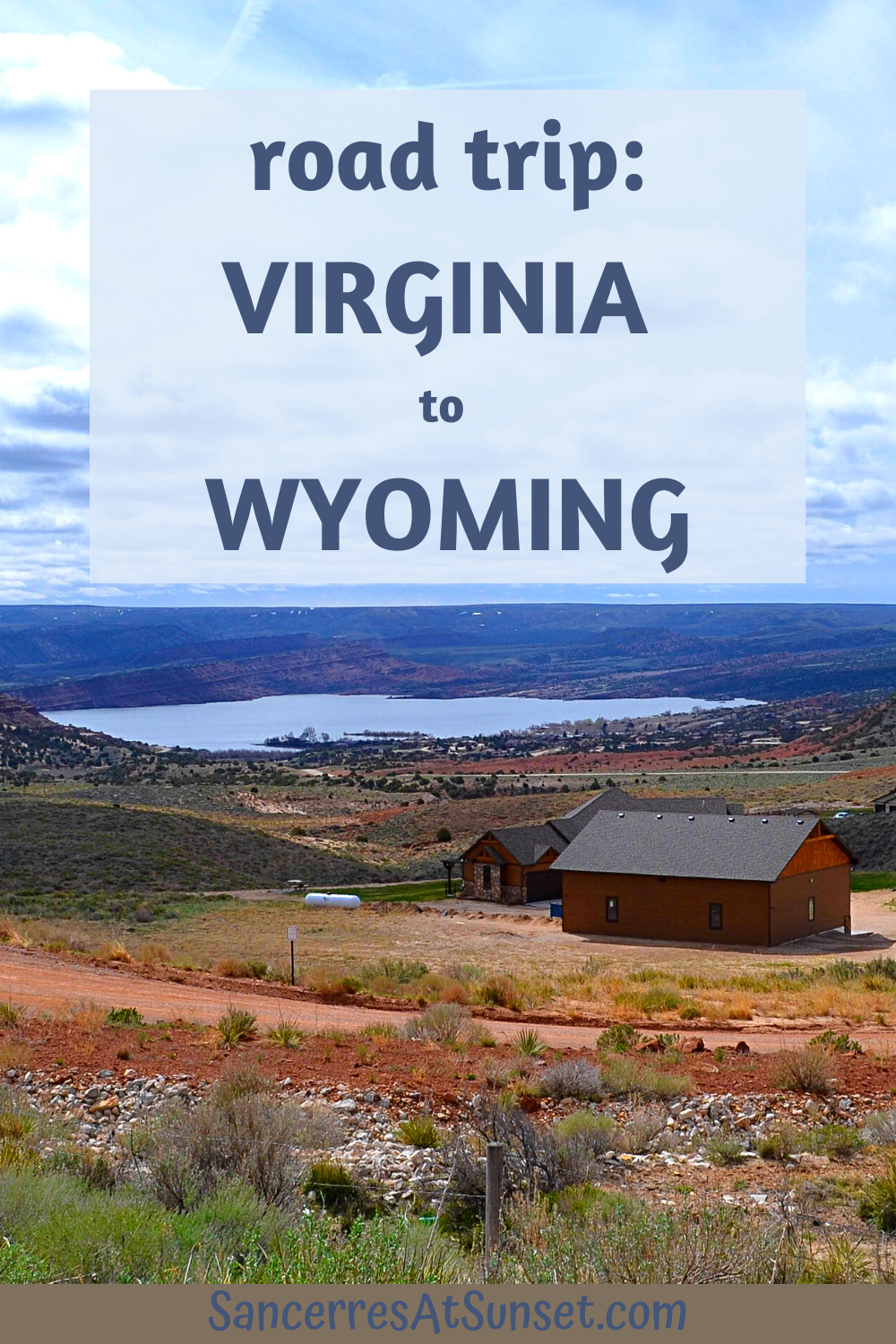 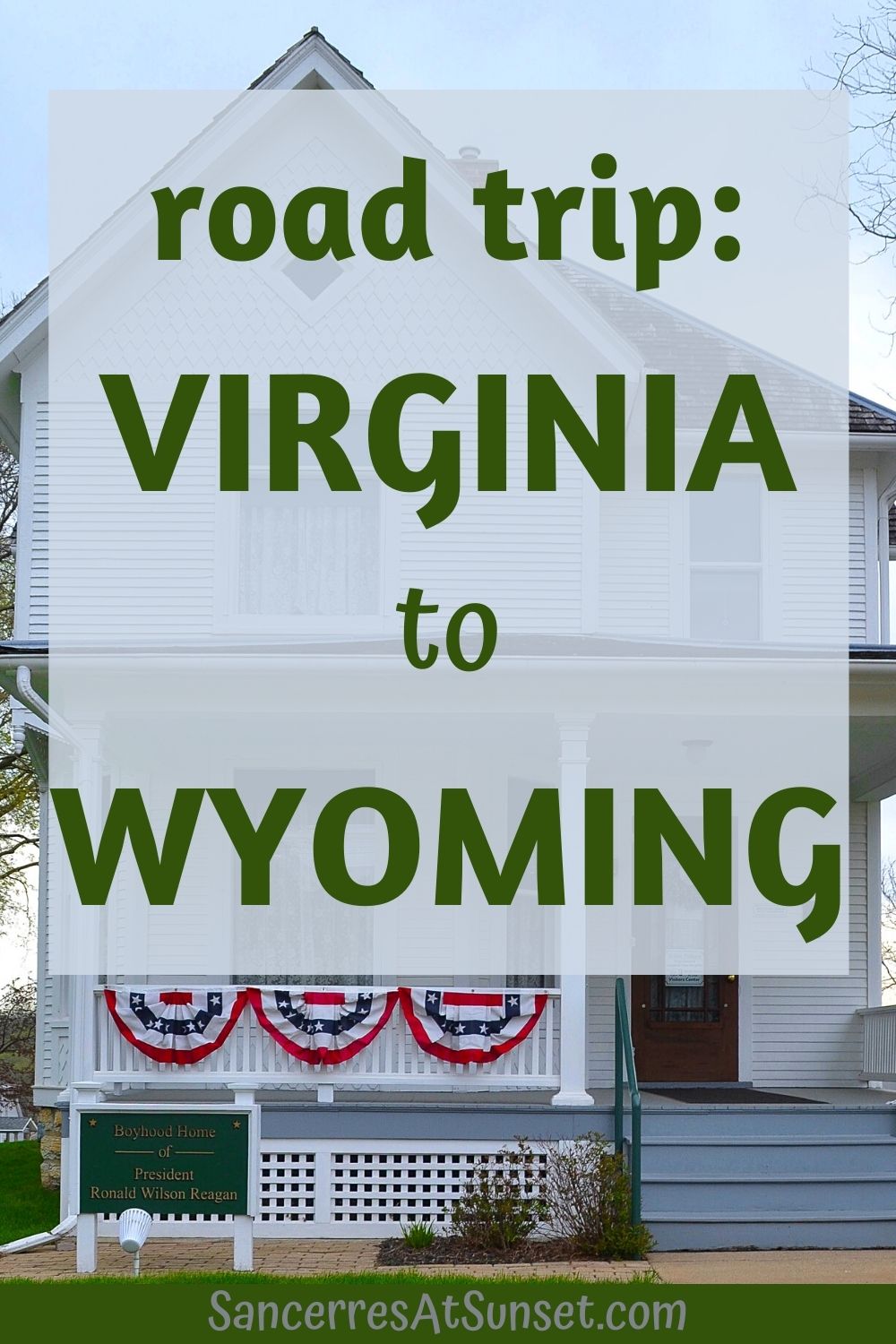 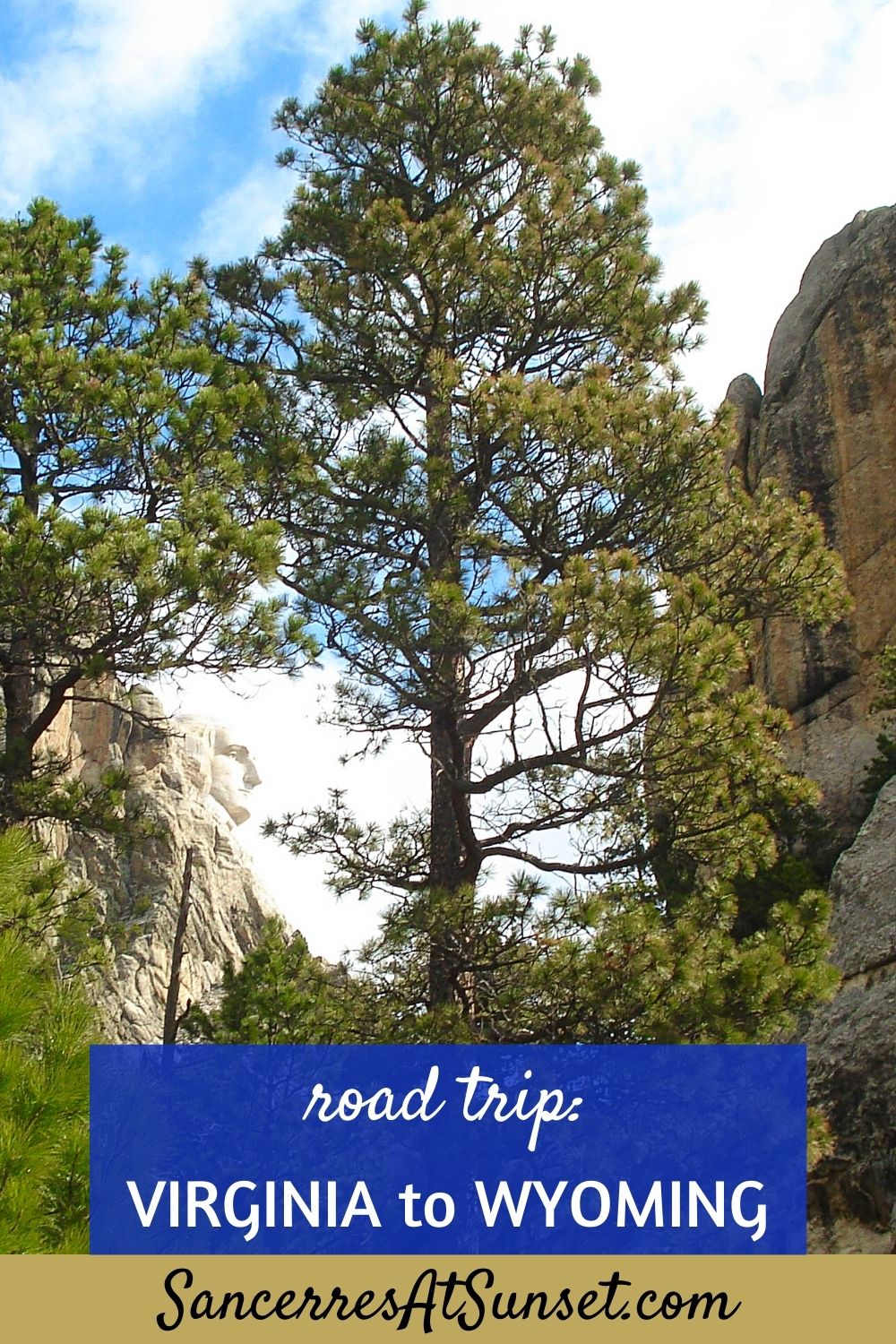 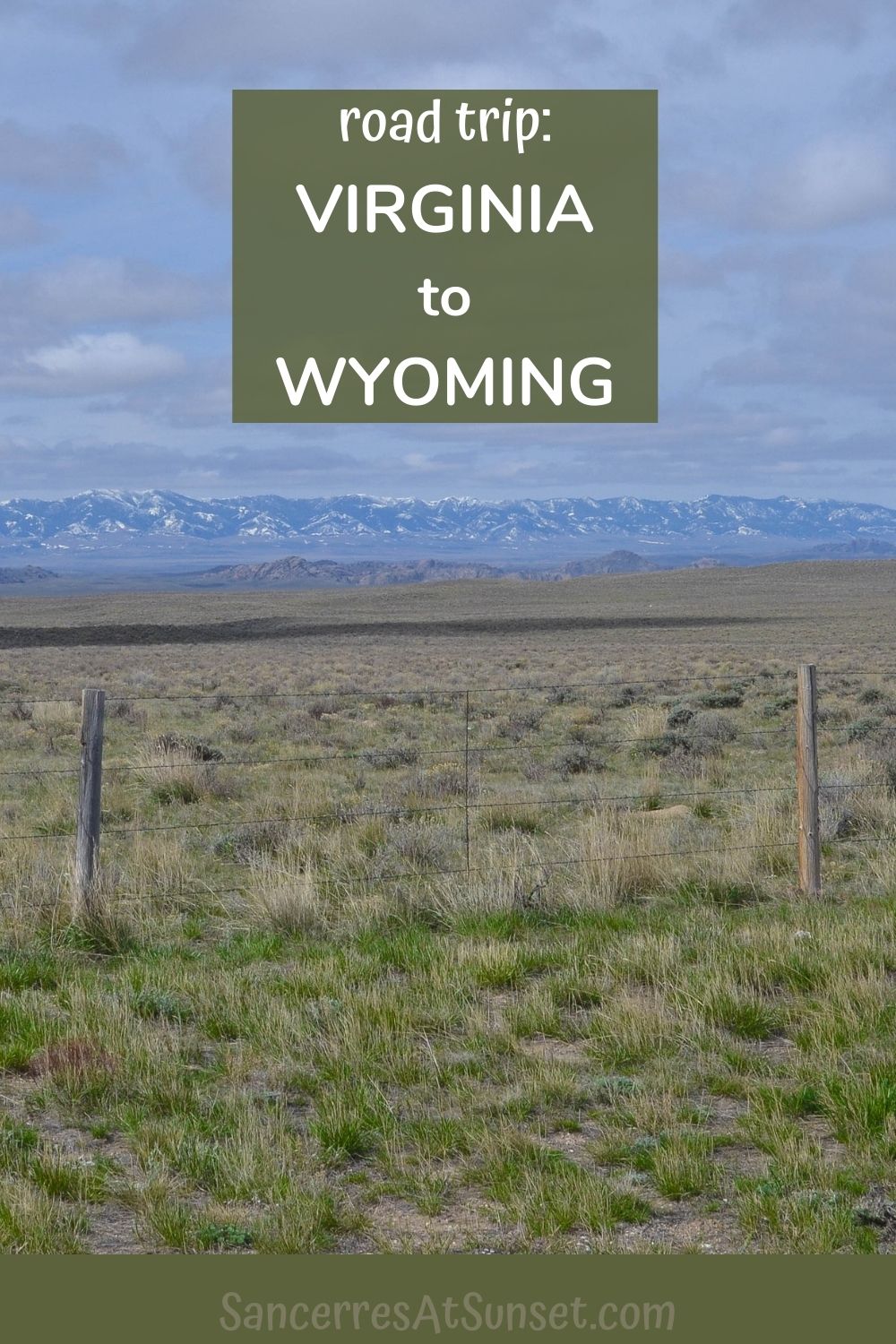