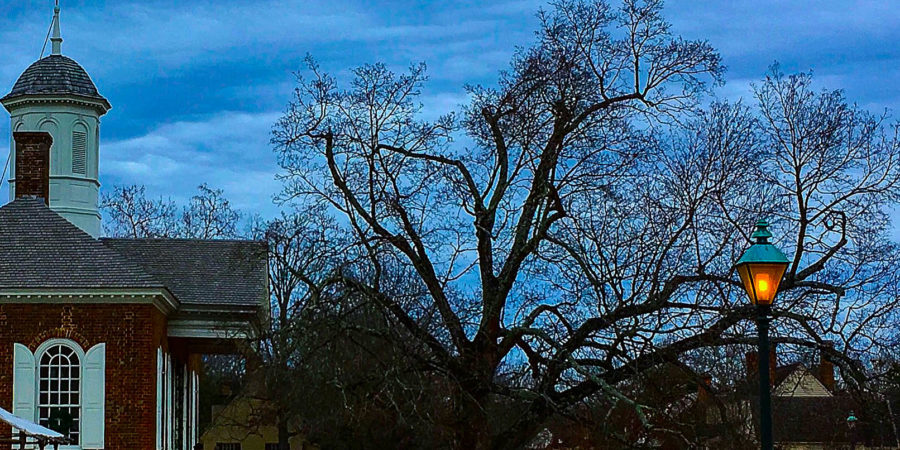 There’s no place in the world quite like Colonial Williamsburg.  The living history museum recreates Virginia’s second capital city during the time of the American Revolution.  Visitors can see the 18th-century buildings, feel the brick pathways underfoot, smell the fires burning in the hearths, taste the hearty food in the taverns, and hear from “interpreters” who bring to life the ordinary and extraordinary people who sacrificed for America’s independence.  It all helps us feel connected to them and to our shared past.

A friend and I recently decided to take a spur-of-the-moment trip to Williamsburg.  It was clearly a very popular idea; CW was about as crowded as I’ve ever seen it.  So we honed a few hacks for dodging the crowds and getting the most out of our two-day trip:

Explore the side roads.

Williamsburg’s main area is Duke of Gloucester Street.  This is where most of the action is:  the Capitol building, the taverns, the retail shops.  And so it’s where most of the crowds are.  But there are smaller streets where we visited tradespeople like the wheelwright and the cabinet-maker in their workshops, explored the creepy public gaol, and even caught a glimpse of Thomas Jefferson getting into his Chevy at the end of the day. 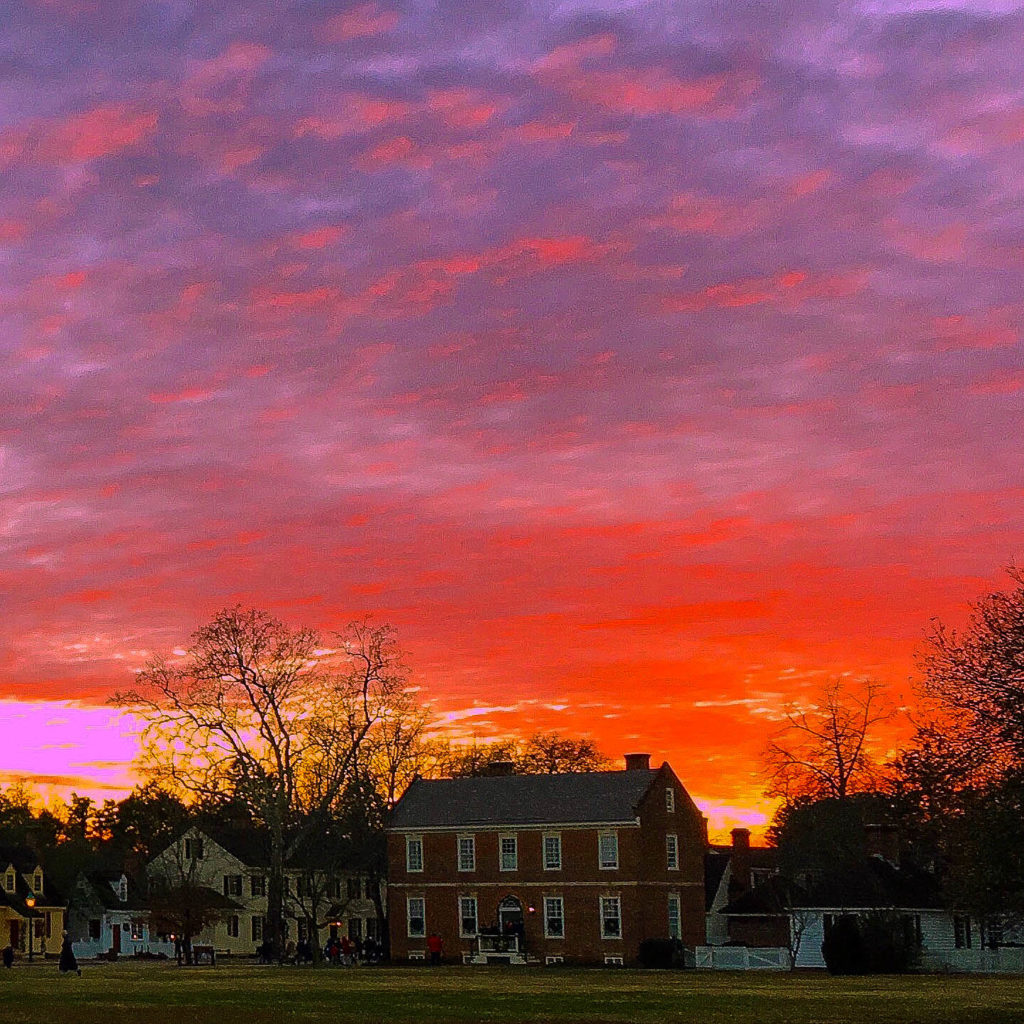 As Mr. Jefferson was driving away at dusk, we strolled by the home of Peyton Randolph, Speaker of the Virginia House of Burgesses.  A guide was just beginning a tour for a young family and invited us to join.  The dark red clapboard house is one of the biggest and most impressive in Williamsburg.  As it grew darker and darker, the tour guide would say things like, “If it weren’t so dark, you could see the two-handled silver cup given to Mr. Randolph by King George II.”  That might sound annoying, but we loved the eerie feel of the house in the dark.  And we could almost picture some of the house’s prominent guests, like George Washington, dining at the table.  Nighttime is my favorite time for exploring Williamsburg.

From the Randolph House, we headed to Merchant Square, a modern-day retail-and-restaurant area at the west end of Duke of Gloucester Street.  I peeked into the Trellis Bar & Grill and glimpsed empty stools at the bar, so we stepped inside, just in time for the tail end of happy hour.  Sipping the surprisingly good happy-hour red wine, we decided to start with the pimento and boursin plate.  Both creamy cheeses were generous and so delicious that we couldn’t agree on which was our favorite.  The bar was filling up as we next shared the four grilled jumbo shrimp; wrapped in salty prosciutto with a sweet barbecue sauce, they were even better than the cheeses.  By the time we split the four small pork short ribs, the bar crowd had thinned out again.  Our favorite way to dine out is sitting at a bar, sharing small bites; it’s more leisurely and comfortable than sitting at a table in a crowded dining room. 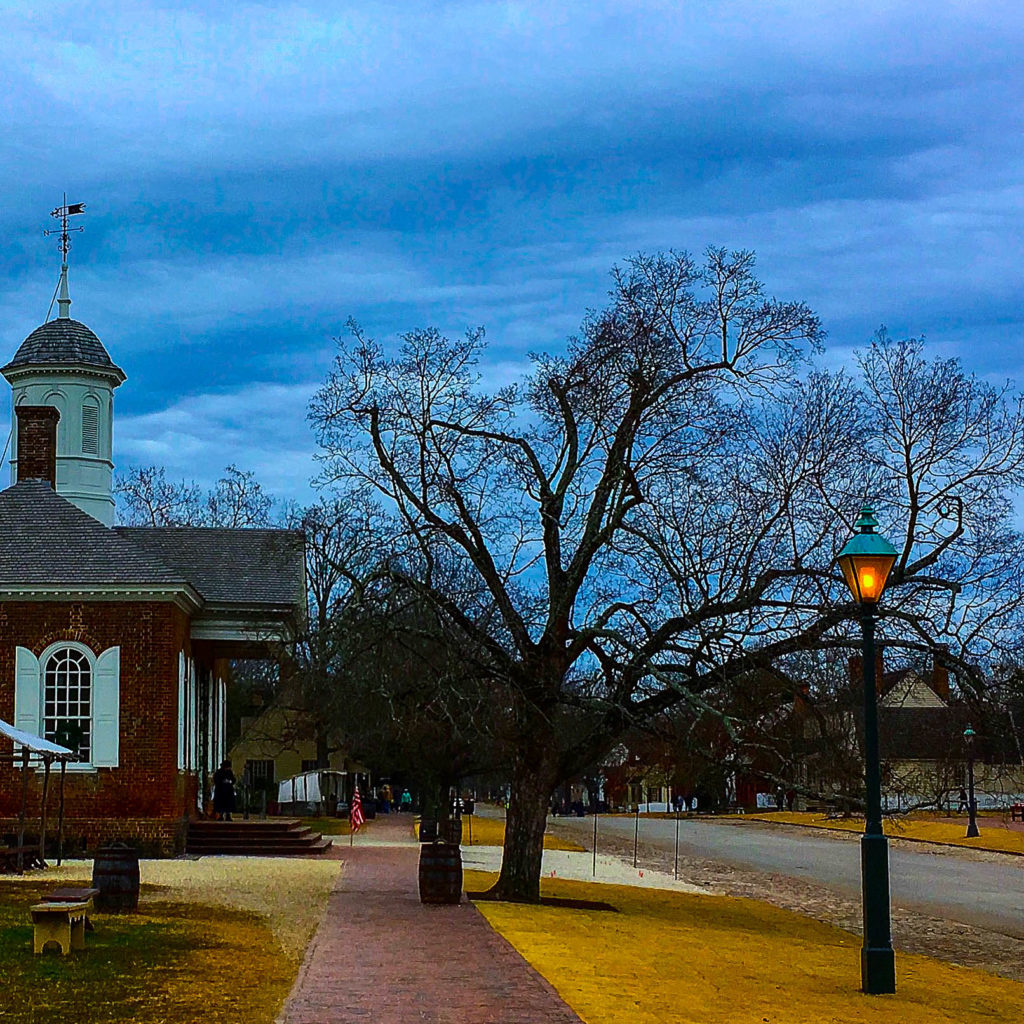 Williamsburg is fabulous for walking, and my second-favorite time is early in the morning.  Before the 21st-century crowds arrive, it truly feels like stepping back in time.  We visited the home of George Wythe, Virginia’s first signer of the Declaration of Independence, and saw the study where he taught that document’s drafter, Thomas Jefferson, in the law.  From there we took a small tour of the Raleigh Tavern, whose biggest claim to fame is that it was where Virginia’s delegates reconvened after the royal governor dissolved the House of Burgesses in 1773.  But it was more commonly the setting for dining and dancing and drinking and gambling. 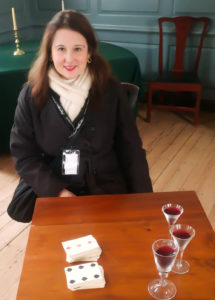 Line up for a tavern lunch early.

I like to have at least one tavern meal whenever I visit Williamsburg.  And so apparently does everybody else.  The taverns open at 11:30 and don’t take reservations for lunch.  We arrived at Chowning’s at about 11:15, and there were already several groups in line ahead of us, but we were able to put our names on the list and were seated at a fantastic half-booth for four along a back wall by about 11:35.  We started with the crock of cheese, a smooth and richly flavored cheddar-beer spread.  My friend followed our excellent waitress’s recommendation and chose crab cakes for lunch, and I decided on the beef trencher, flavorful and plentiful brisket served on soft hearth-baked flatbread. 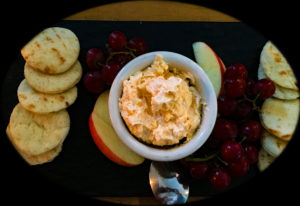 It’s wonderful that Colonial Williamsburg is so popular, with so many people every day discovering and rediscovering the ideas that have always made America great.  I hope you’ll be among them, and that these hints help you make the most of your time in the 18th century.

To find and book fully cancellable tours and activities in Williamsburg, click here.

To reserve a room at the Williamsburg Inn, click here. 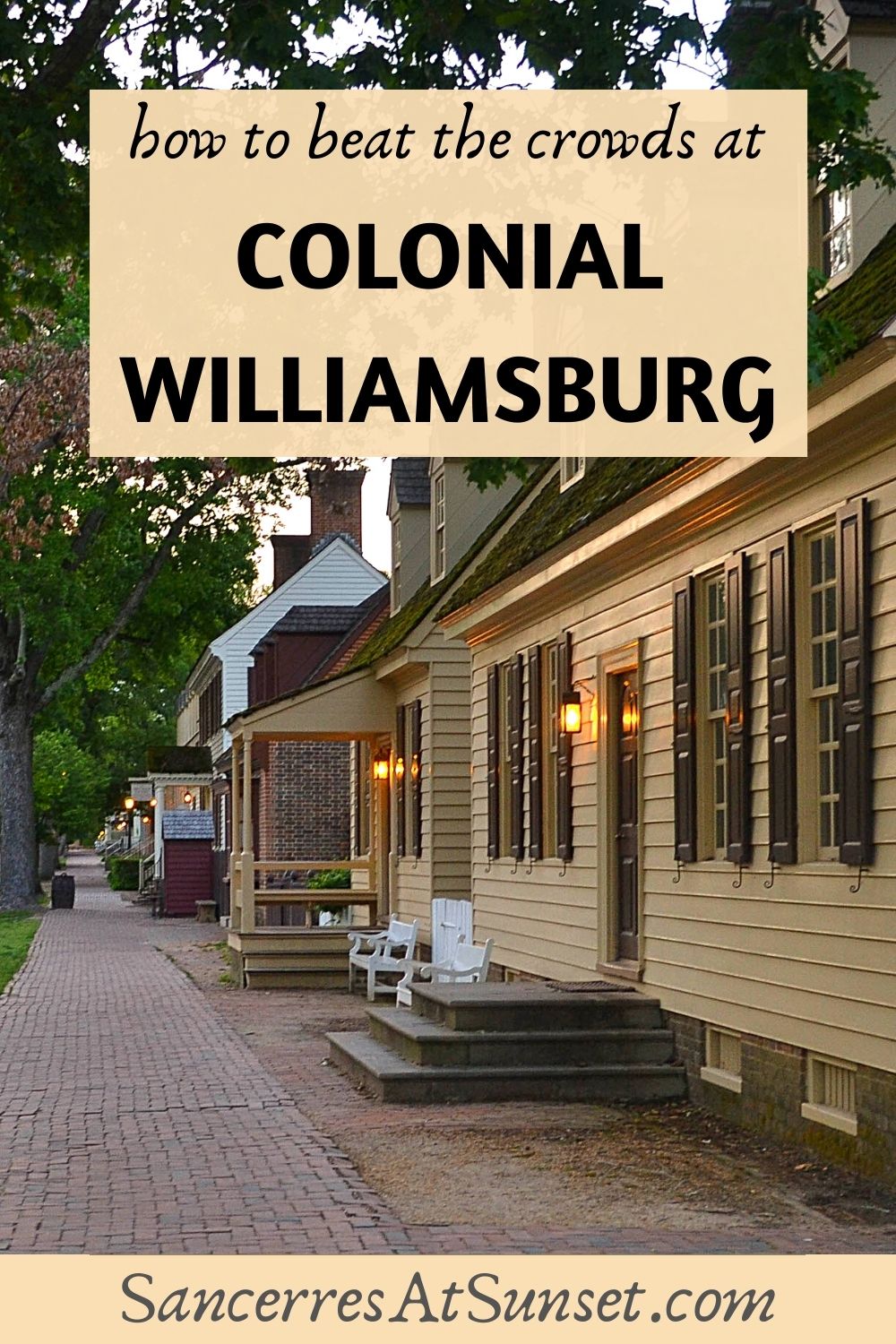 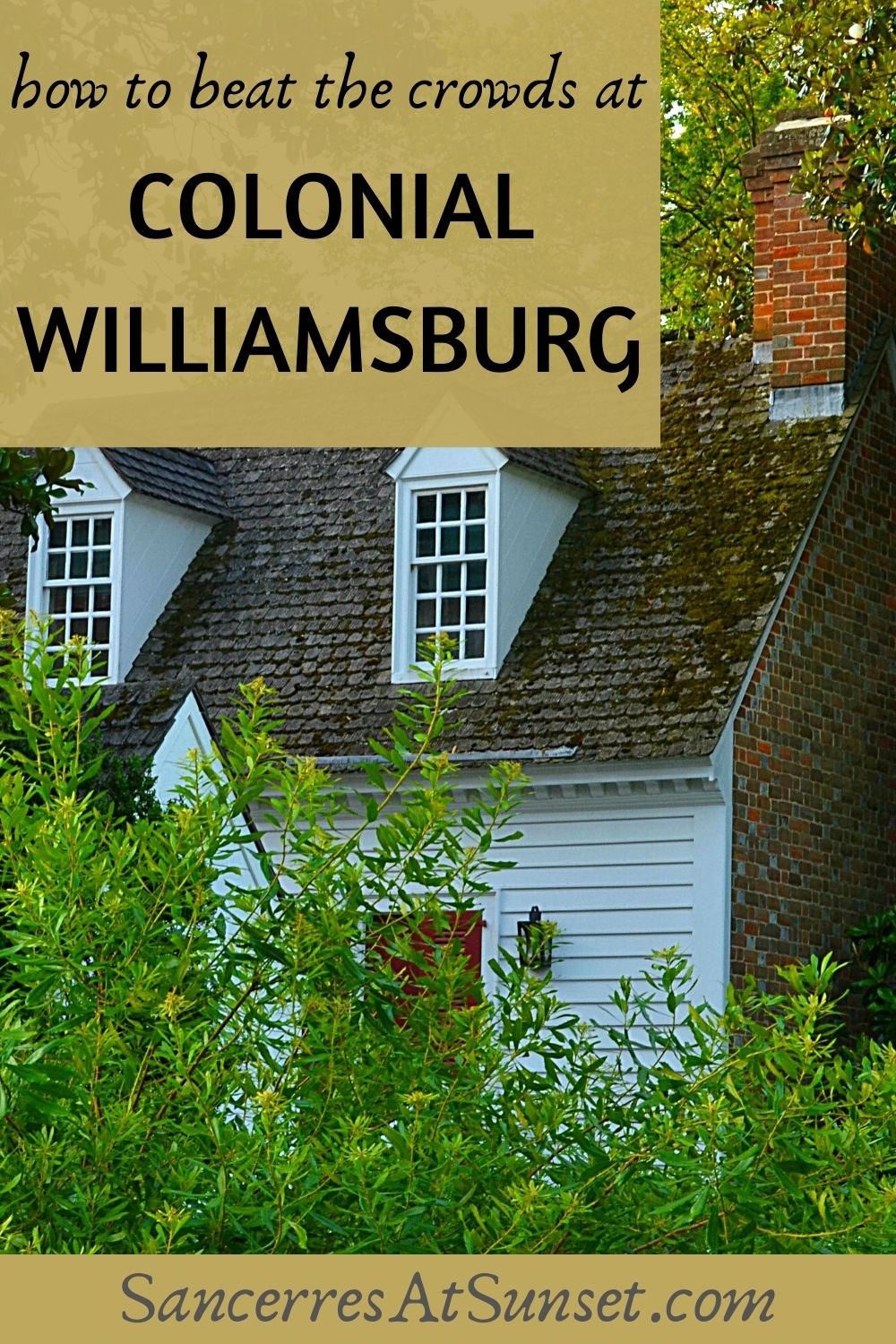 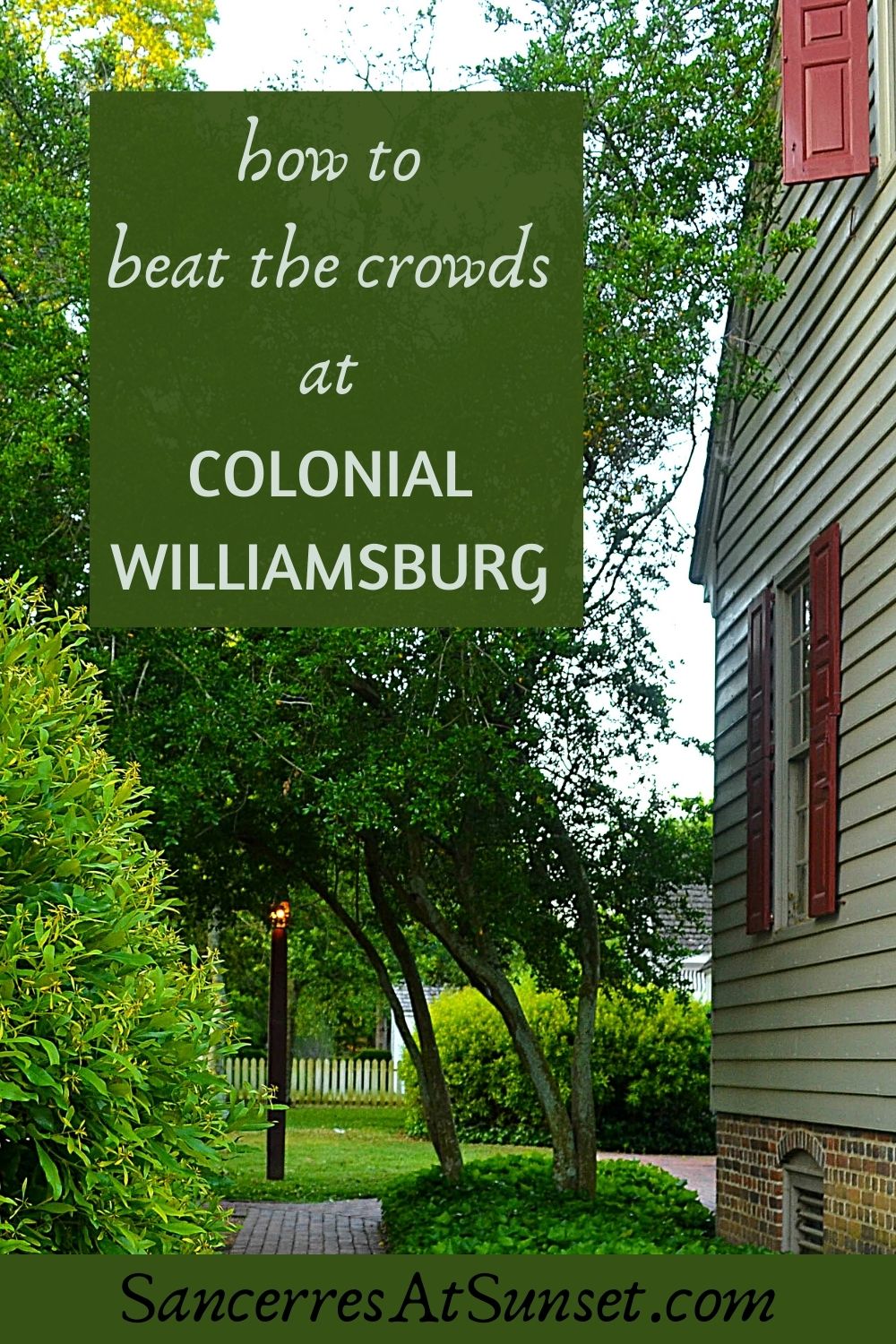 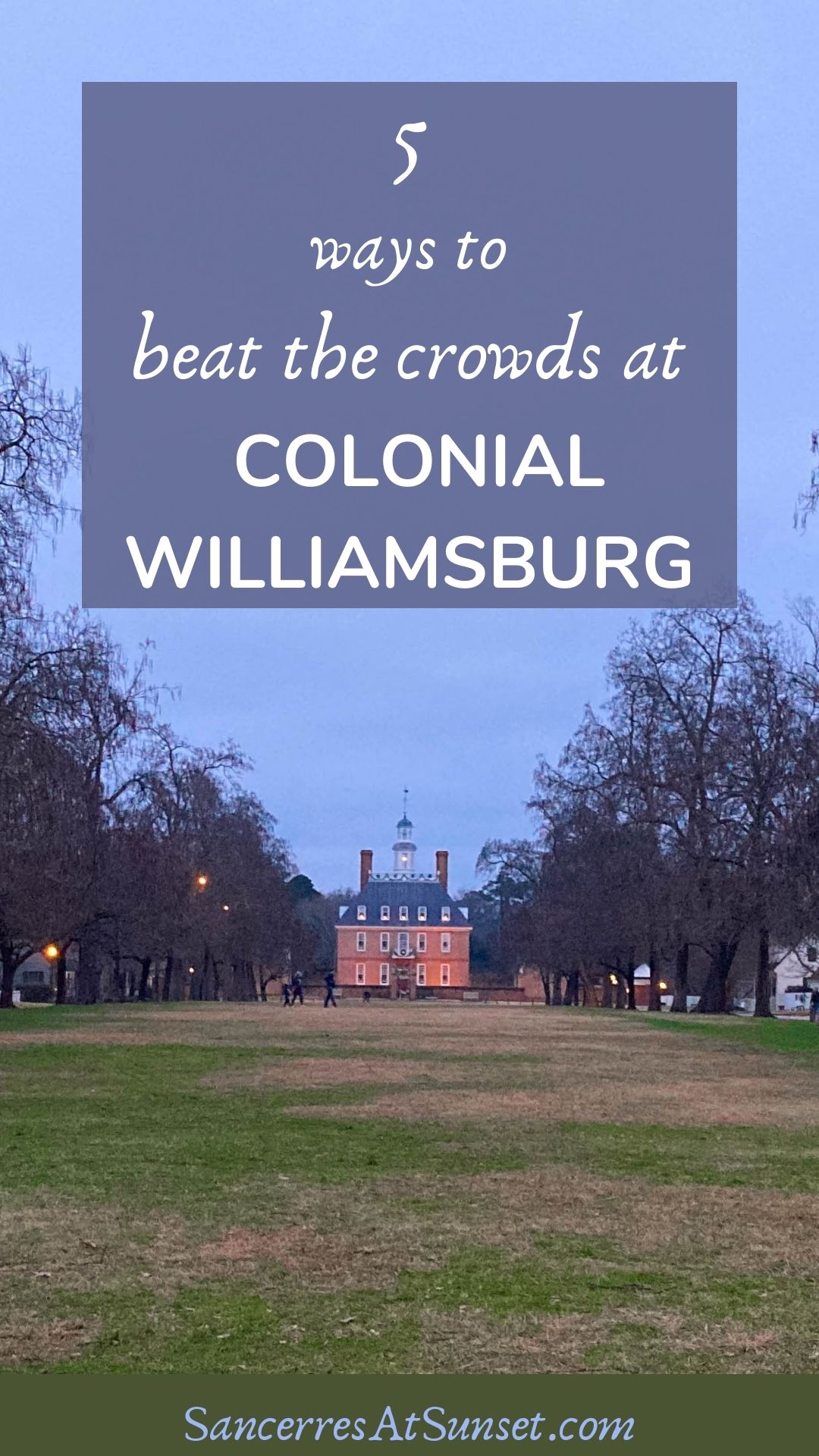