Pearl Harbor was one of the main reasons why my travel companion and I chose the island of Oahu for our Hawaiian vacation. 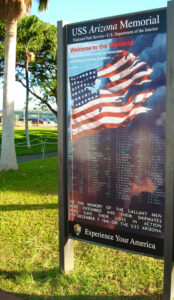 About 200 people were lined up ahead of us when we arrived a little after 7 am on a Wednesday morning.  Once the ticket booth opened, the line moved fairly quickly, and we picked up our tickets for the morning’s third ferry ride out to the U.S.S. Arizona Memorial.  Each ticket tells the story of someone who was there. 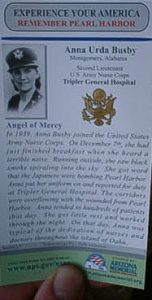 The Memorial is a white marble bridge, spanning the ship’s sunken hull. 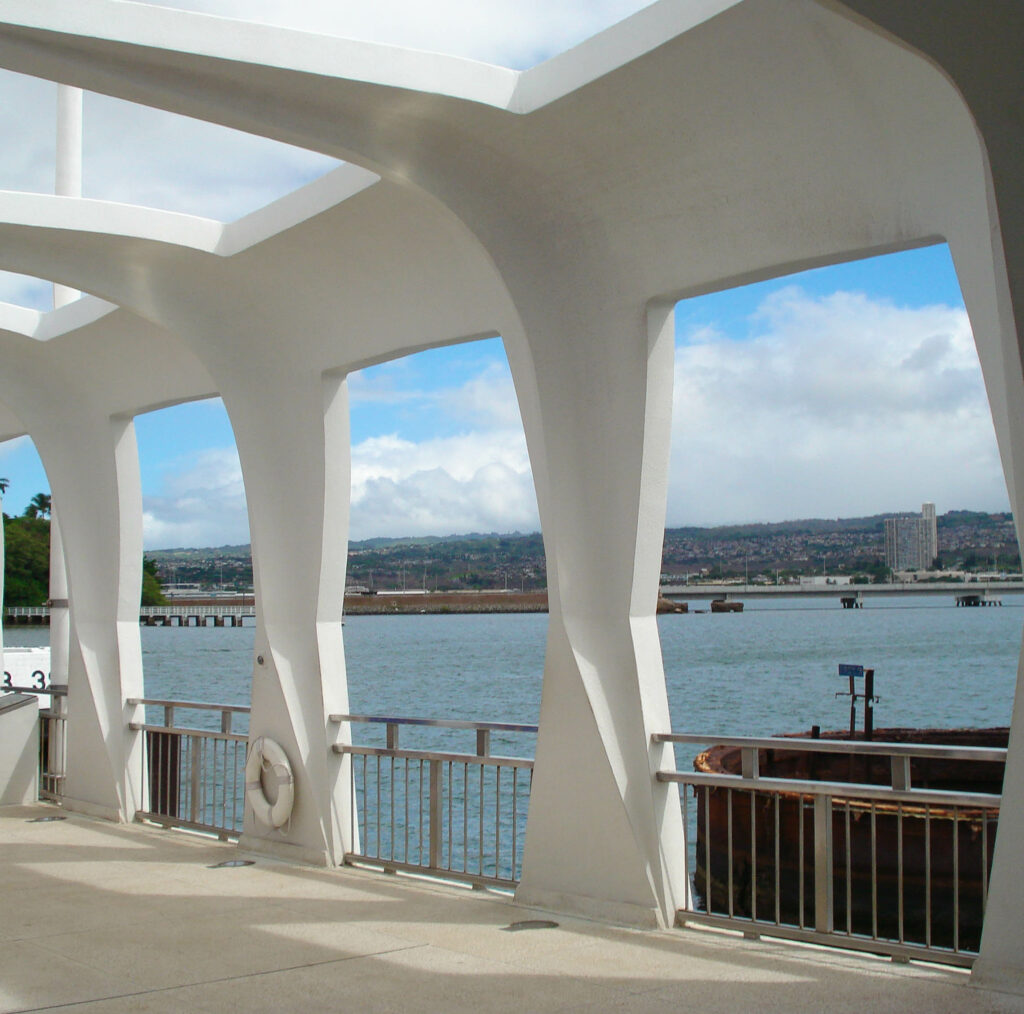 The seven windows along each length-wise side and in the ceiling represent a 21-gun salute, or 21 Marines at eternal parade rest.  At the far end of the Memorial is the Shrine Room.  Its wall displays the names of the 1,177 sailors and Marines killed on board the ship in the early morning hours of December 7, 1941.

The body of the ship is rusting away.  But it has become an active reef, with living coral growing on the ship’s remains.  Tropical fish swim amidst the ruins.  Above them float flowers tossed by visitors, like the orchid blooms that my companion cut from one of the leis that we received at the Royal Luau.

The Arizona is still leaking oil.  When a drop reaches the water’s surface, it bursts into a thin sheet that catches the sunlight and shimmers with the colors of the spectrum, like a floating rainbow. 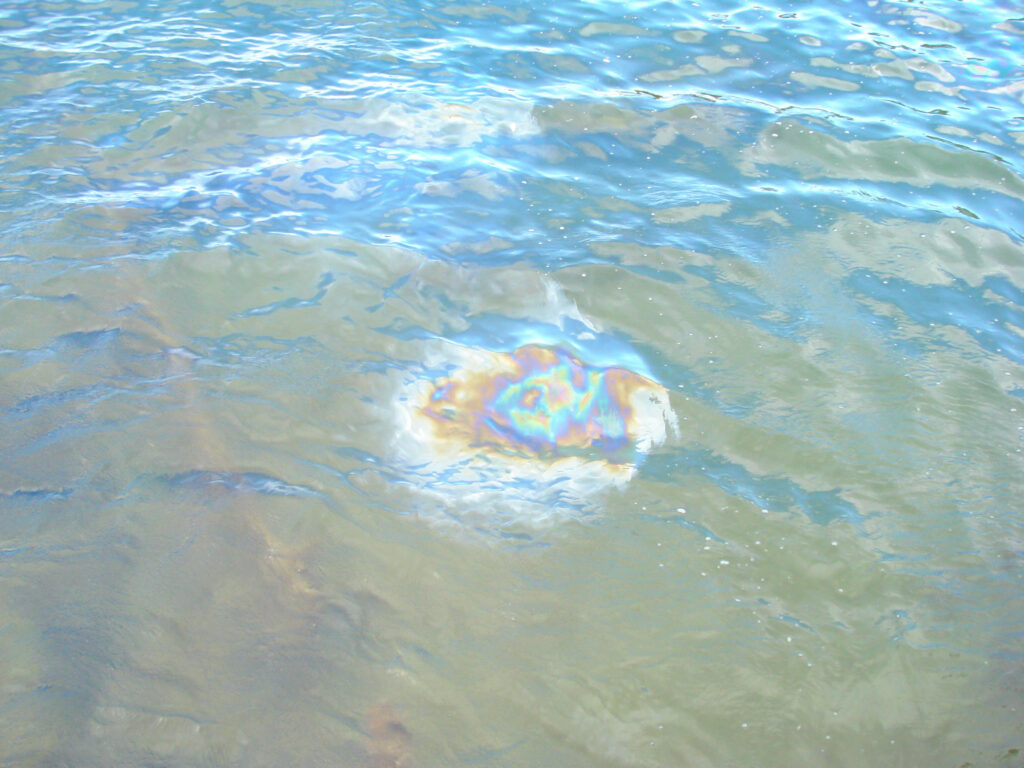 To rest there is to slumber in an open aquarium.  Nestled between the mountains and the deep blue ocean.  In Hawaii. Visited daily by thousands, paying their respects. 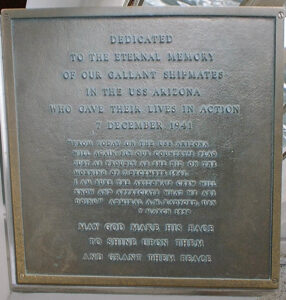 Survivors of the attack may be laid to rest with their shipmates when they too slip the surly bonds of earth.  If the option were available to me, I’d be buried there too.

Pearl Harbor lives up to the loveliness of its name; it’s hard to imagine a more beautiful place to rest. After more than an hour on the Memorial, we took the ferry back to its museum, which features artifacts from the ship, including its bell and its 2,000-ton anchor. 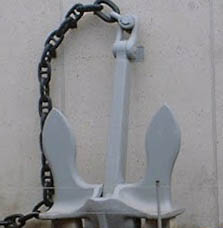 A telegram informs a wife that she has become a widow, three weeks before Christmas. 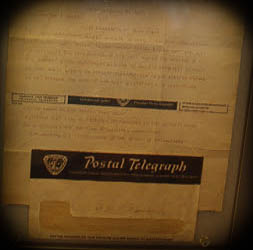 The museum helps teach the lessons of Pearl Harbor.  Aviation was new back then, and the fleet was unprepared for an air attack.  Mooring quays still mark the places where the ships floated, anchored two by two. 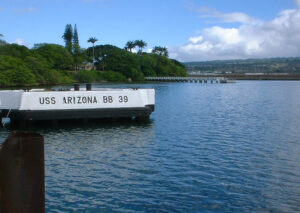 The narrow neck into the Harbor made it an advantageous den from which to defend against an attack by sea, but a death trap in the event of an attack by air.  Enlisted radar operators picked up the signal of the incoming Japanese attack planes, but the officer to whom they reported it mistakenly thought it was simply some U.S. planes scheduled to arrive soon.  Even as the war planes soared overhead, some witnesses on the ground saw the red sun emblem on each wing–and dismissed the sight, reasoning that planes couldn’t fly all the way from Japan to Hawaii.

If there’s an enduring lesson from Pearl Harbor, it’s the importance of questioning assumptions, of looking imaginatively ahead, of preparing for the next threat, not the last one.

We spent so much time on the Memorial and in the museum that we couldn’t visit all the other sites at Pearl Harbor–the Pacific Aviation Museum; the U.S.S. Bowfin, a WWII-era submarine, and the U.S.S. Missouri, the great battleship on which Japan would ultimately surrender.  We barely had time for one of these, and we chose the Mighty Mo …

To find and book fully cancellable tours and activities on Oahu, click here. 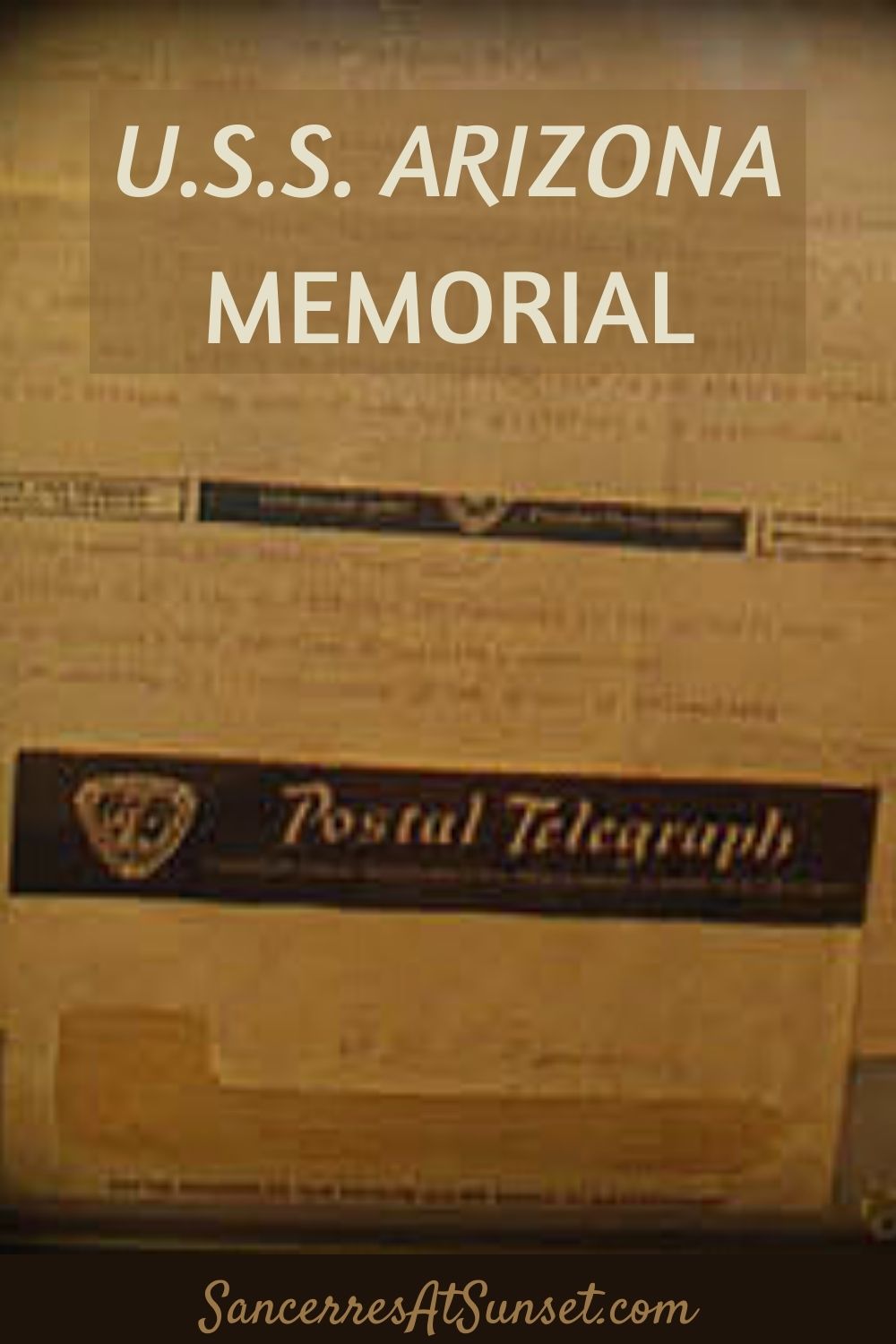 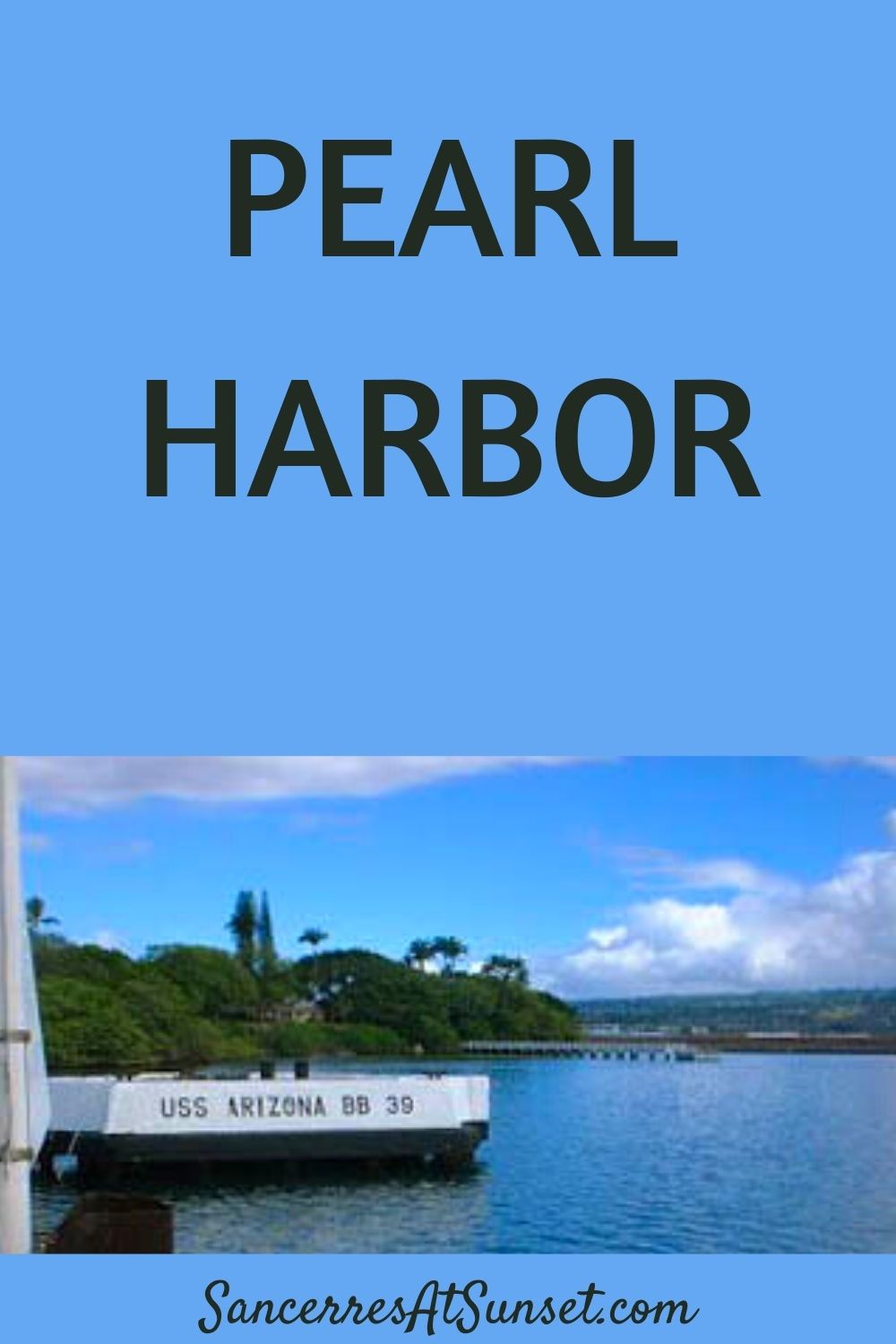 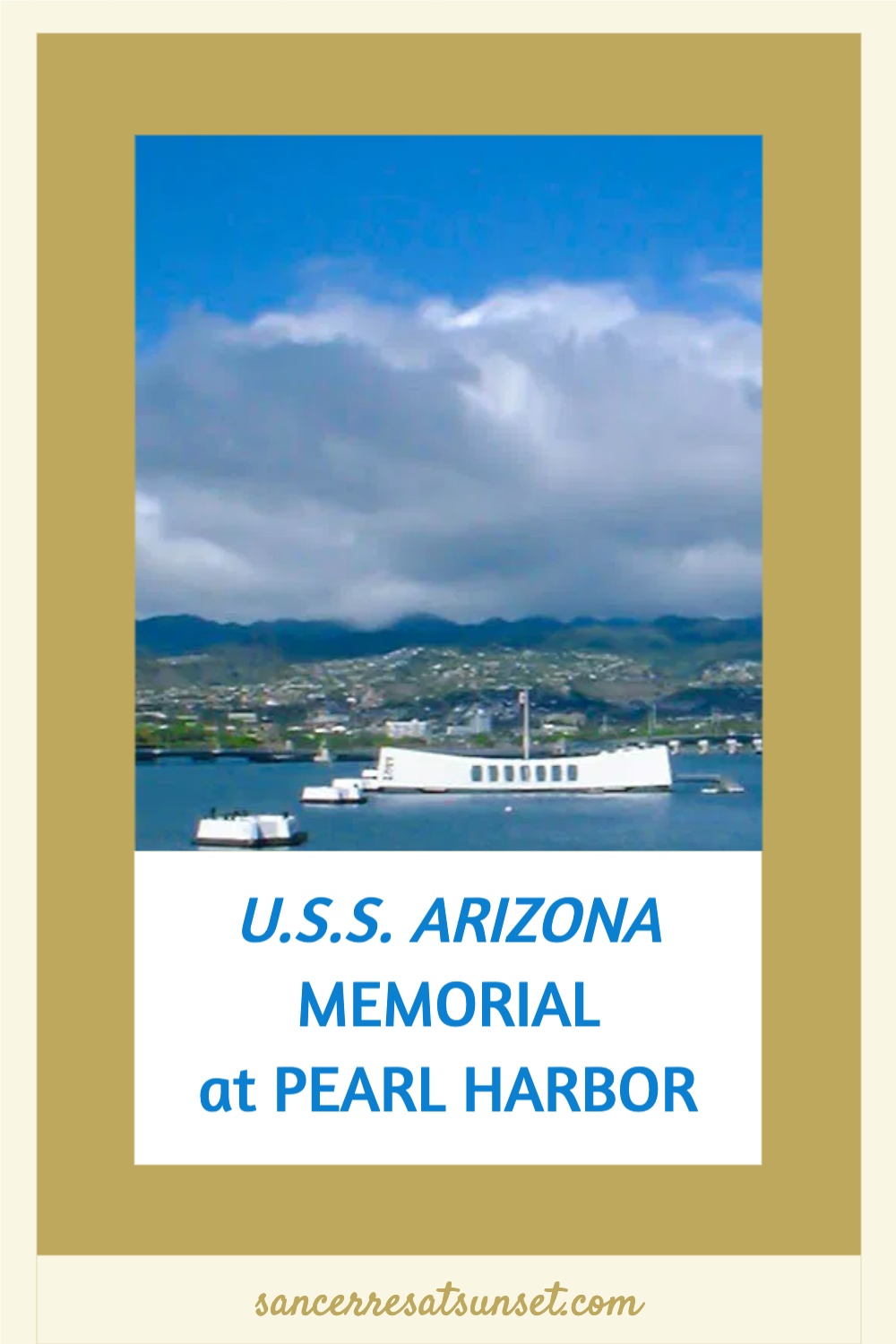 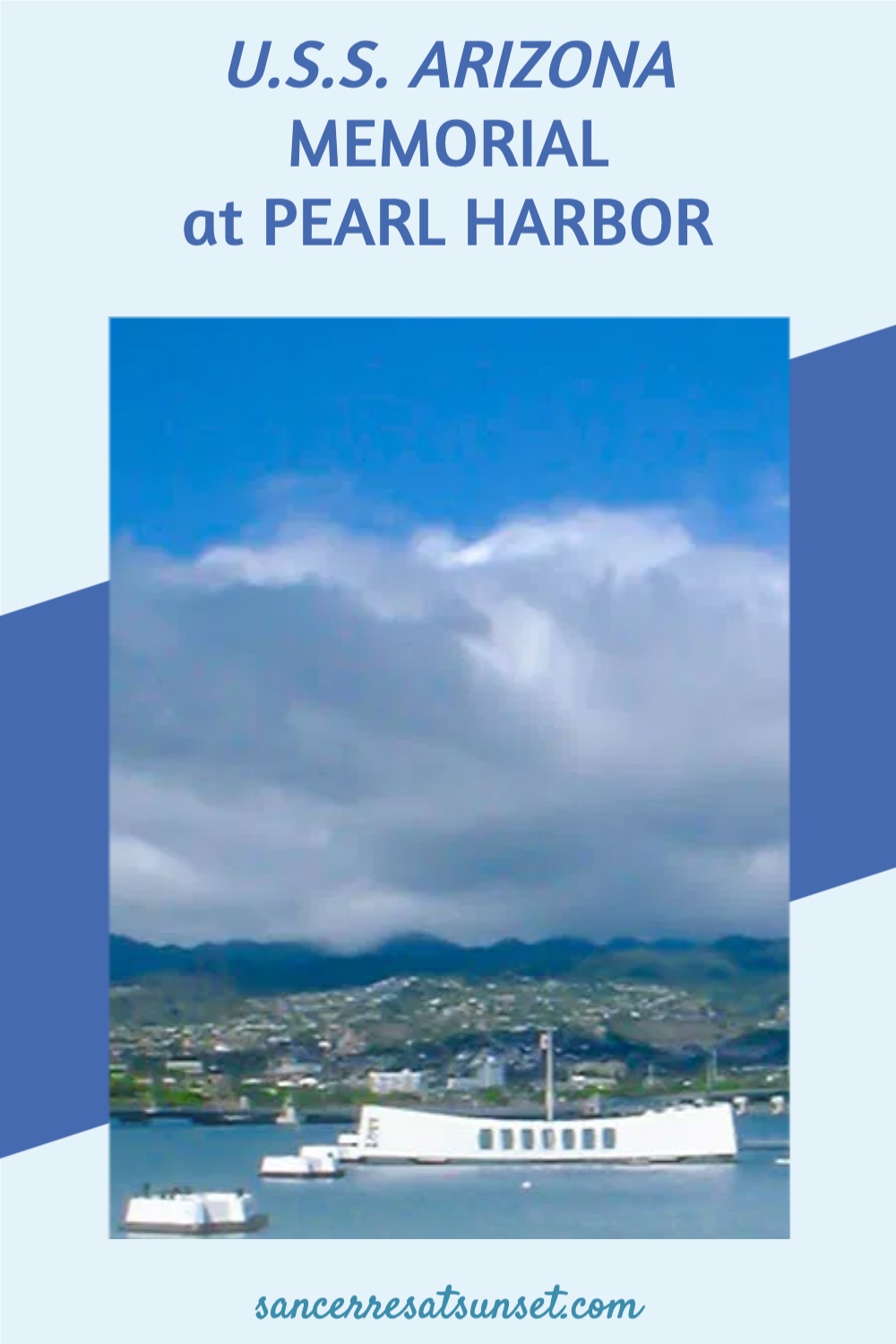