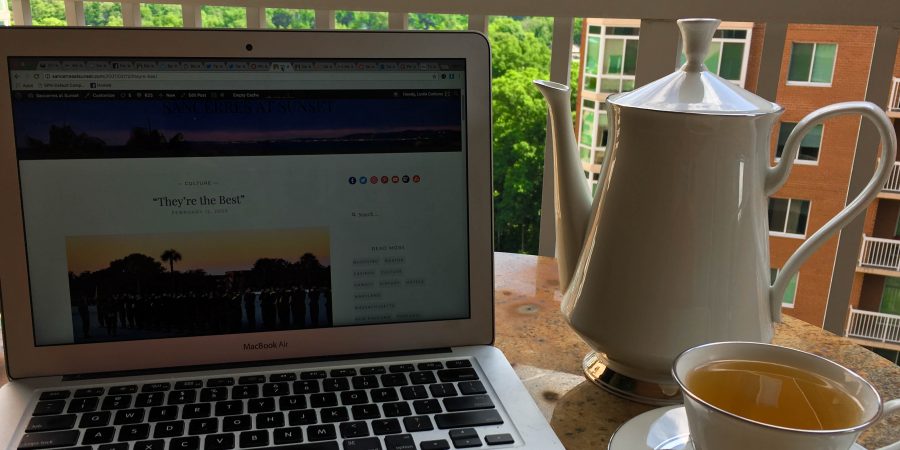 One of the things I love about blogging is all the fun opportunities it brings me. I spent last night tweeting the presidential debate in DuPont Circle with a group of other bloggers. We were being filmed for an upcoming PBS documentary on Alexander Hamilton, hosted by Richard Brookhiser.

The other bloggers were: Lynette Long, Mary Beth Ellis of Blonde Champagne, Laura Clawson of Daily Kos, Quin Hillyer of the American Spectator, and Charlie Banks of WitSnapper.

The Hamilton connection stems from Mr. Brookhiser’s idea that Mr. Hamilton, the most prolific author of the Federalist Papers, would be a blogger today. The group seemed to agree, and to think that Mr. Hamilton’s contributions would elevate the level of discourse in the blogosphere. As the token Jeffersonian, I imagined a scenario where the Anti-Federalists had a group blog, and the Federalists set up their own group blog, each side posting and commenting its objections to and mockery of the other’s arguments.

The other thing we agreed on was that the debate was a snooze-fest. Where are Mssrs. Jefferson and Hamilton when we need them?

4 thoughts on “Alexander Hamilton and Blogging”