After spending much of the day at the U.S.S. Arizona Memorial and Museum, my travel companion and I sped off for a quick tour of the U.S.S. Missouri, the 45,000-ton battleship on which Japan would surrender. 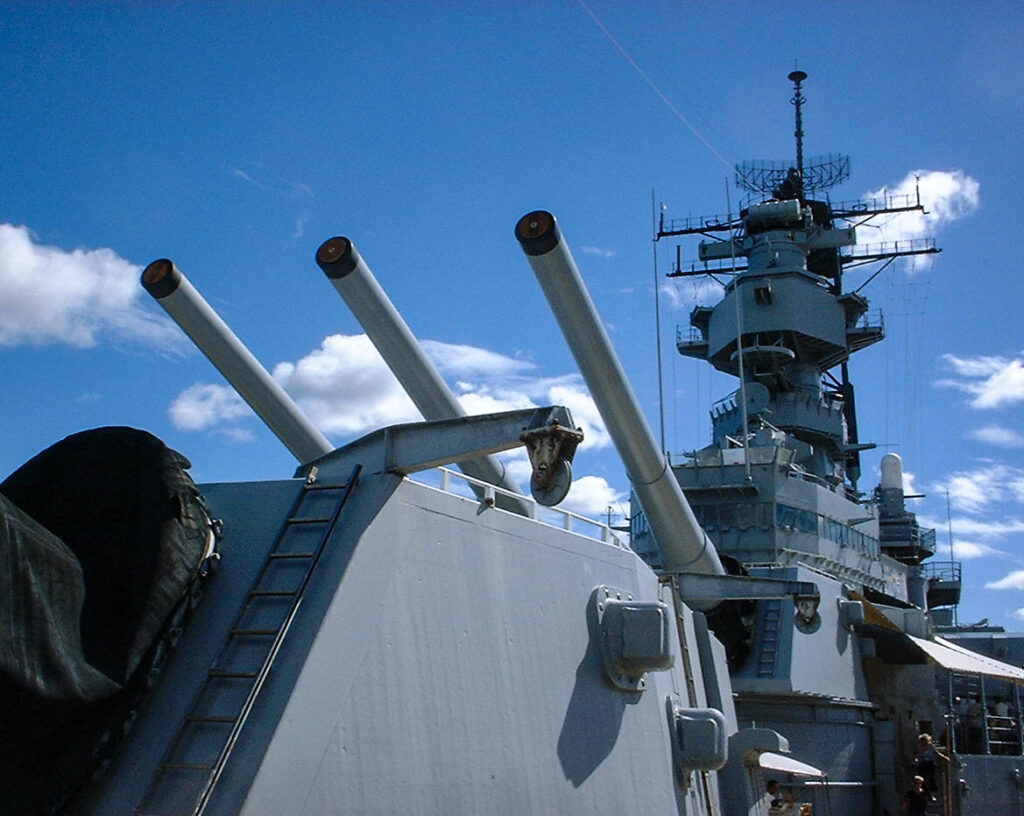 The Mighty Mo fought during the WWII Battles of Iwo Jima and Okinawa and shelled the Japanese islands of Hokkaidō and Honshū. She was decommissioned after fighting in the Korean War, then reactivated and modernized in 1984, and she fought during the 1991 Gulf War. The Missouri was decommissioned a final time on March 31, 1992, having earned 11 battle stars for wartime service. 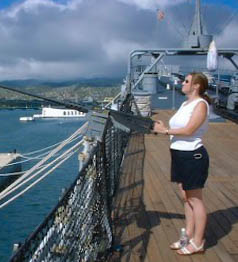 Walking her decks unfolds a picture of life aboard ship. 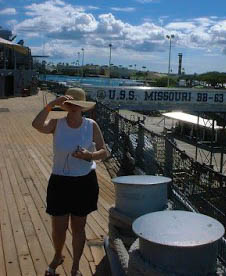 The officers’ quarters looked pretty cramped, but at least they allowed for some privacy and personal expression: 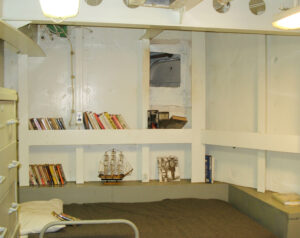 I thought the officers’ lounge area, with its plastic flowers and decrepit couches, was hideous, like a college dorm lounge: 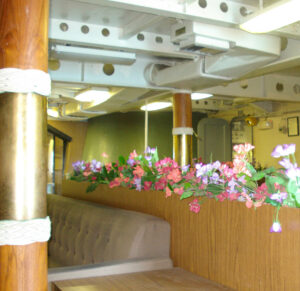 Then we crossed over into enlisted territory: 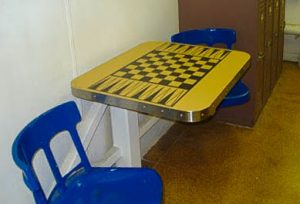 The Navy is obviously not a good career choice for the claustrophobic: 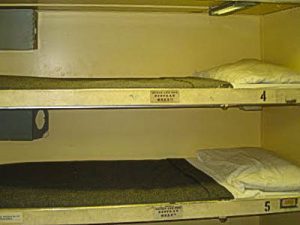 Above are marked some of the ship’s historically significant spots, like the site of a 1945 Kamikaze attack 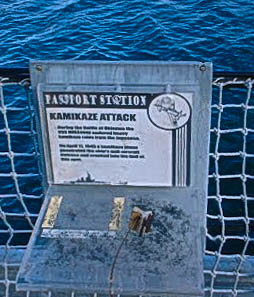 and the site of Japan’s surrender: 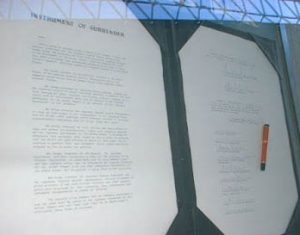 Outside, the WWII era theme continues: 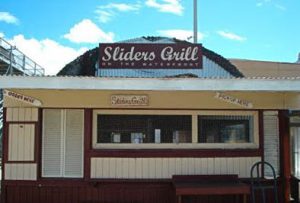 And a familiar-looking signpost reminds visitors where they are: 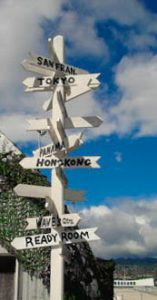 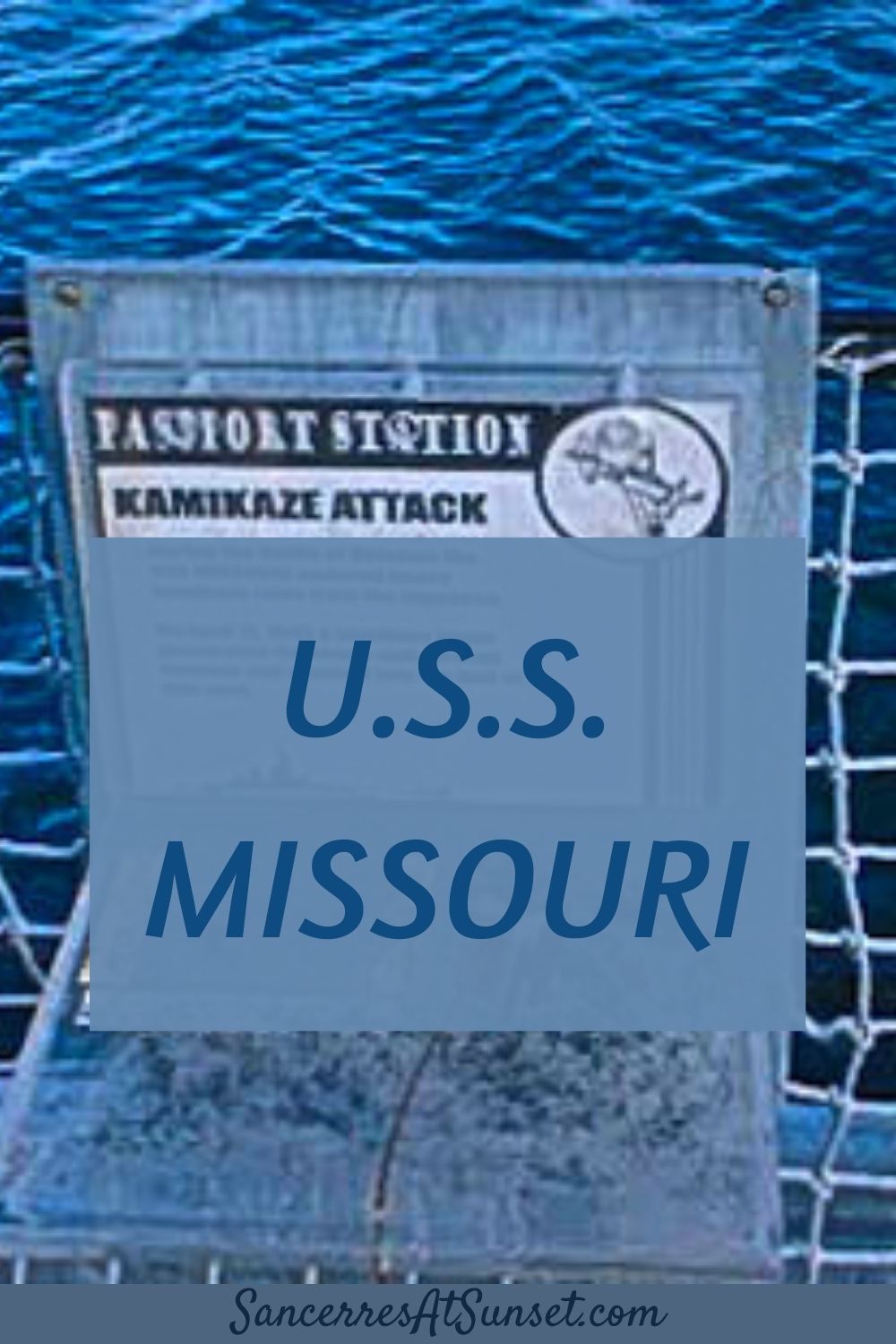 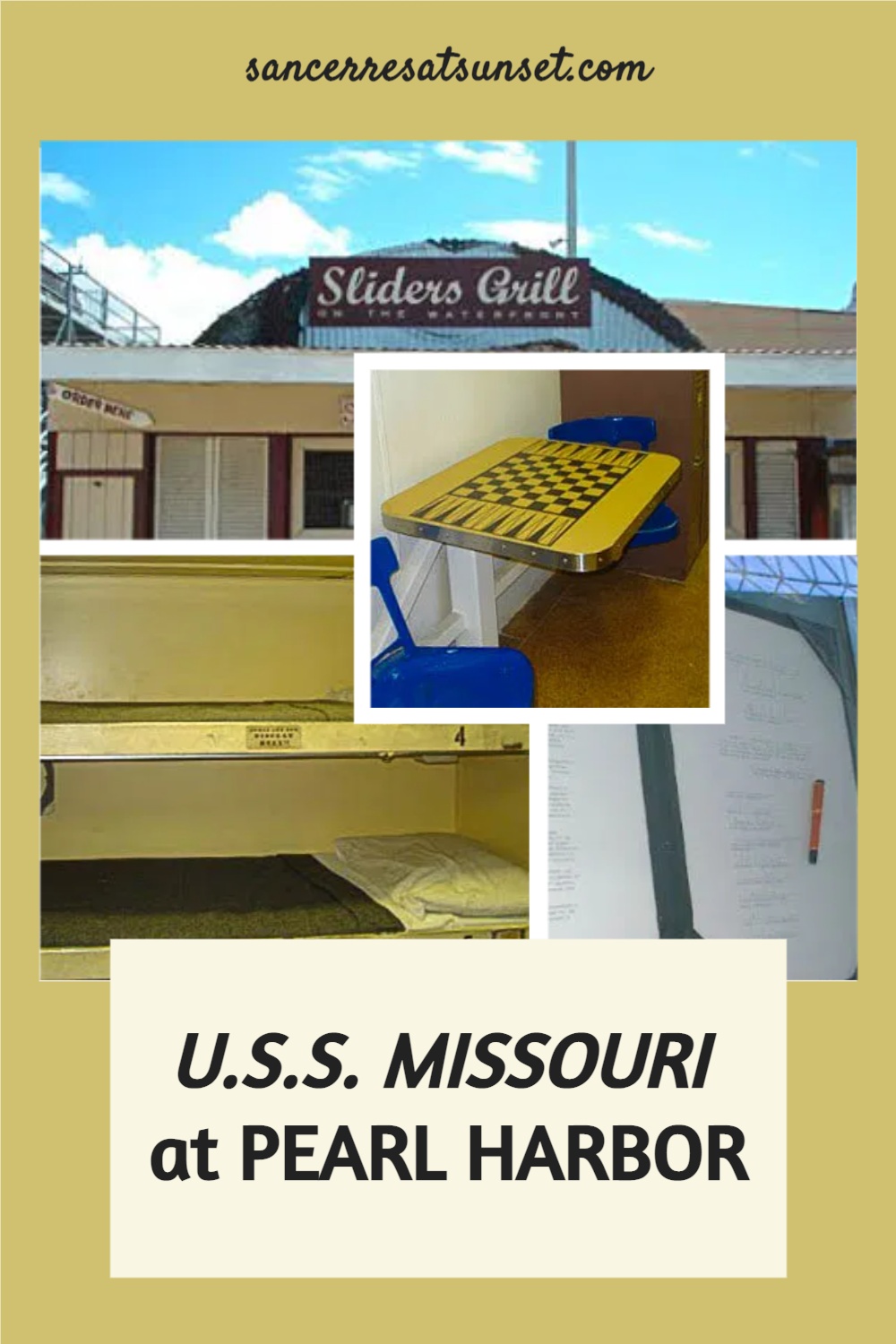 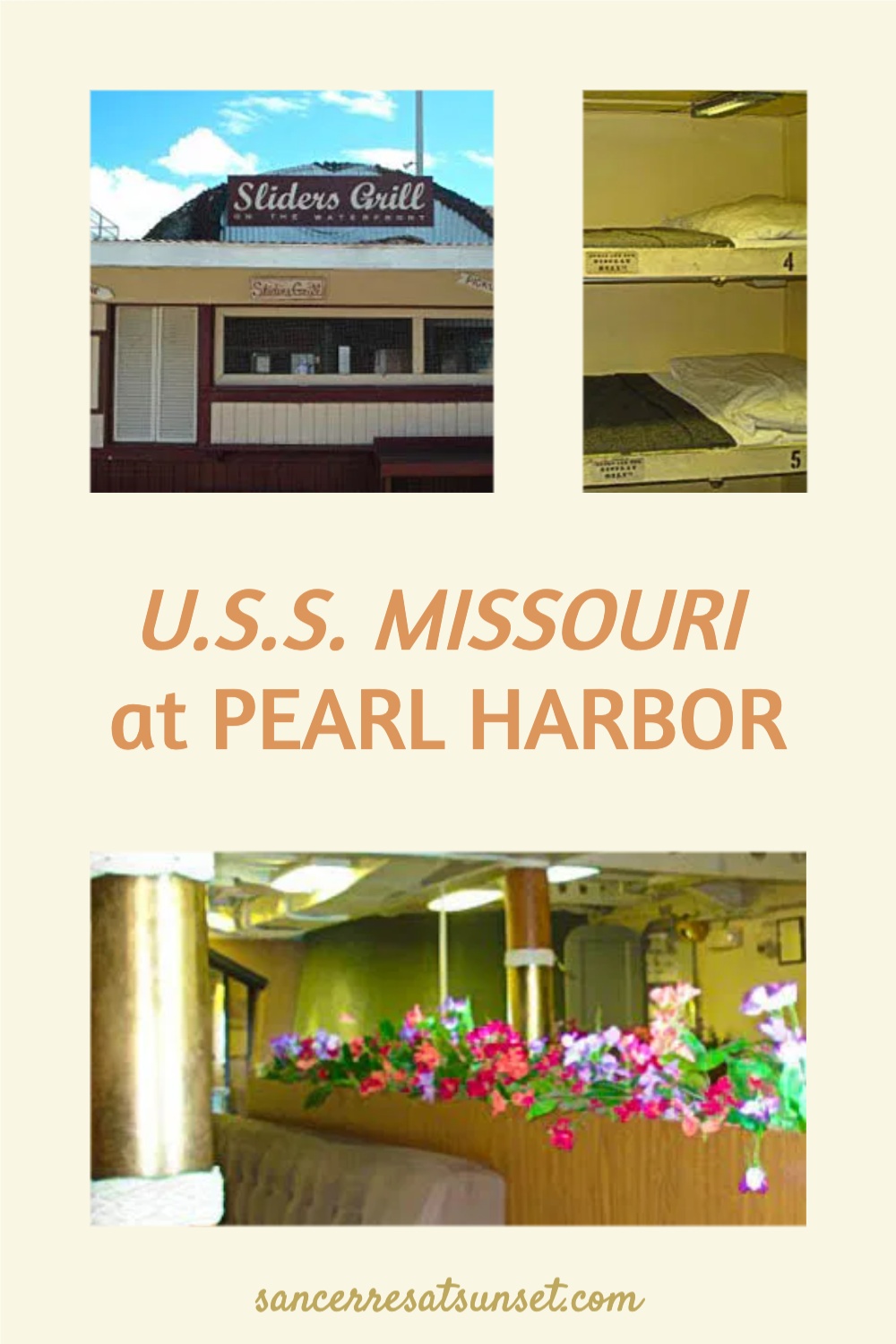