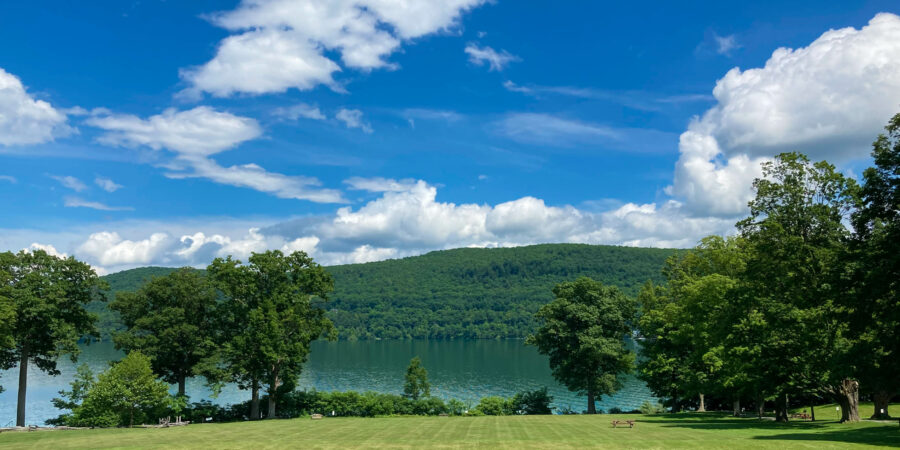 Cooperstown might be metaphorically synonymous with the Baseball Hall of Fame, but it’s literally the namesake of William Cooper, who founded the Village in 1786 and was the father of writer James Fenimore Cooper.

The younger Cooper lived an eventful life.  Legend has it that he was expelled from Yale University for attempting to blow up a classmate’s door.  After that, he joined the Navy.  He married and had seven children, five of whom survived to adulthood.  In 1826, he moved his family to Europe, spending significant time in Paris, then returned to America in 1833, living for a time in New York City, and ultimately finishing out his years back in Cooperstown.  Amid all this adventure, he prolifically wrote history, politics, biography, satire, travel memoir, short stories, and novels, including his best-known five-volume series the Leatherstocking Tales, set in his home area of central New York.

He owned a large piece of land with a spectacular view of Lake Otsego in Cooperstown.  Today the property is graced with a neo-Georgian mansion that houses the Fenimore Art Museum.  A permanent exhibit acquaints visitors with the Cooper family.  Other permanent collections include fine, folk, and native art. 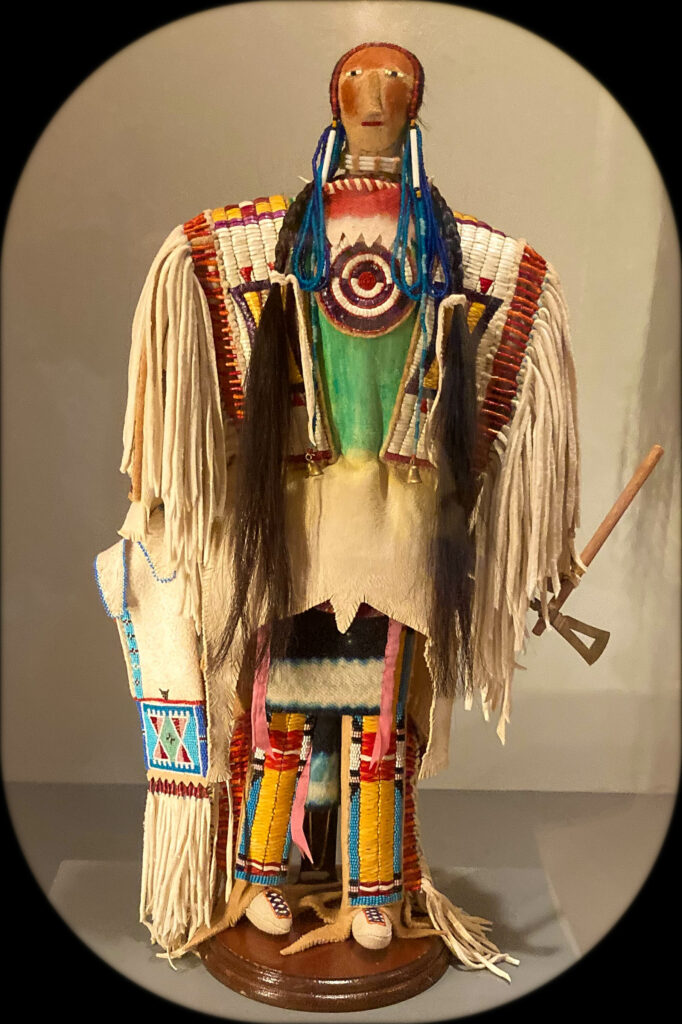 There is also an outdoor exhibit, “Otsego:  A Meeting Place”, which represents the area during 1750-1850, with displays along a walking path offering beautiful views of the Lake. 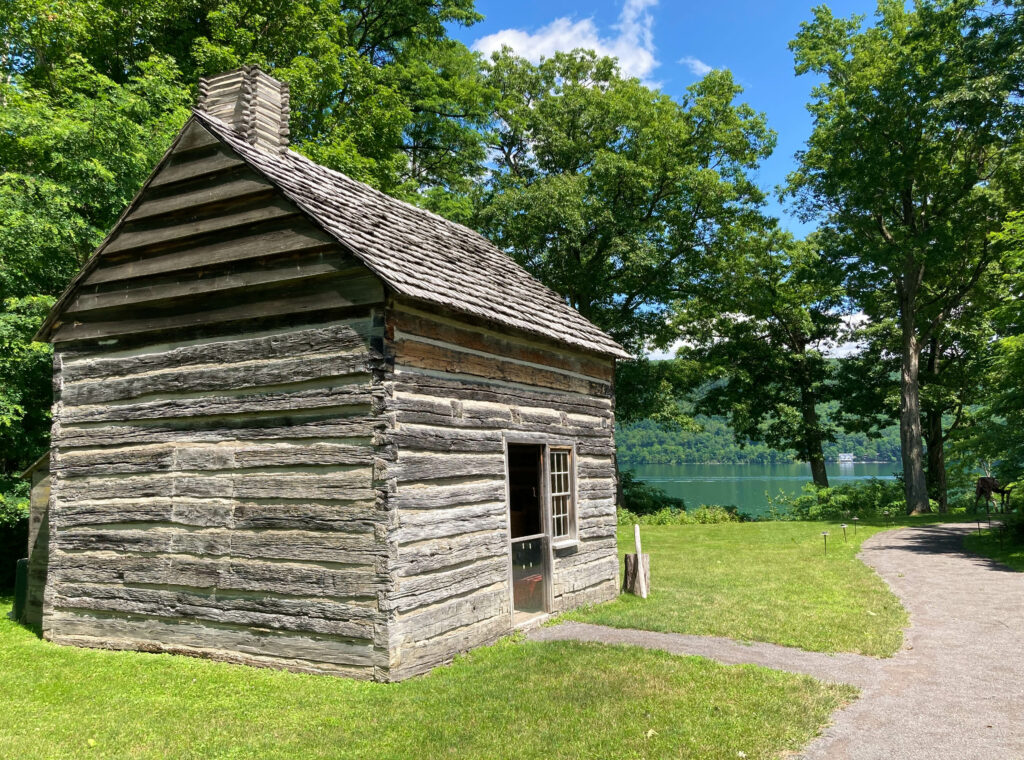 The Museum frequently hosts temporary exhibits, and one of the most interesting when I visited this summer was “Hamilton’s Last Act”, which explored the duel with Aaron Burr in which Alexander Hamilton was fatally wounded and the bizarre circumstances surrounding it.  The two came from very different backgrounds, but they shared at least a couple of significant commonalities:  They both served as officers in the Revolutionary War, and they both often had trouble getting along with others.  Hamilton was well appreciated by George Washington, but he favored a strong central government, and was not trusted by many of the Founders who were trying to protect America from such a government.  Thomas Jefferson called him “not only a monarchist, but for a monarchy bottomed on corruption”. 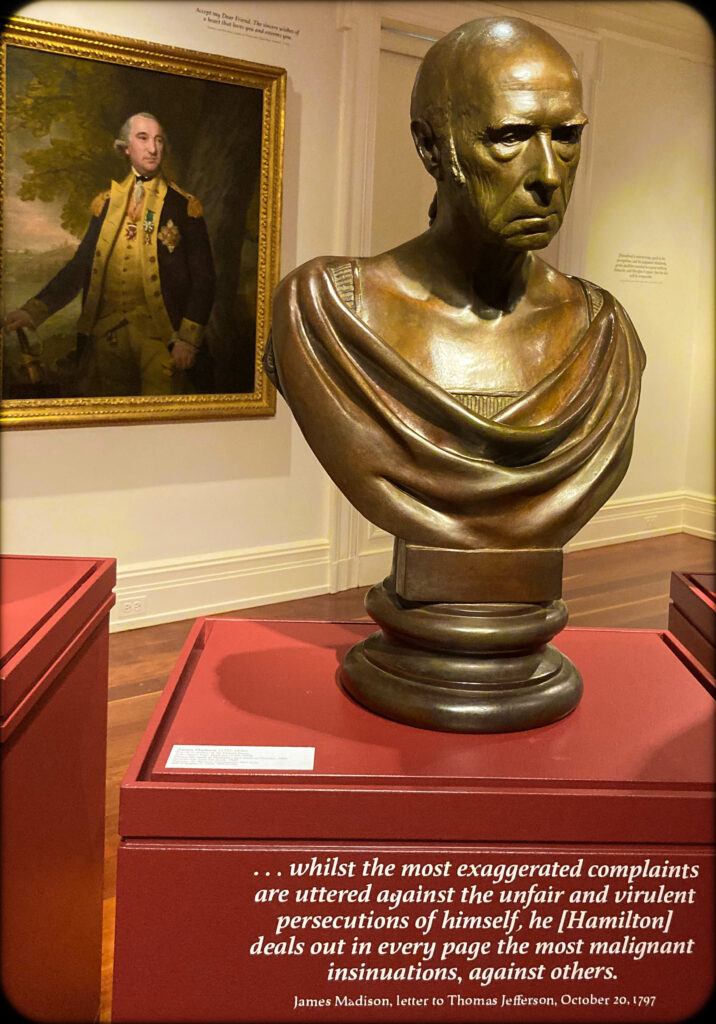 Ironically, Jefferson didn’t trust Burr either, who served as his Vice President during 1801-05.  Burr ran for Governor of New York in 1804 and was strongly opposed by Hamilton, who was quoted in a newspaper calling Burr “a dangerous man and one who ought not to be trusted with the reins of government”.  This led to weeks of angry correspondence between the two, culminating with Burr challenging Hamilton to a duel.  The two met in New Jersey on July 11, when Burr shot Hamilton, who died the next day of his wound at the age of 47, surrounded by his wife and children.  Burr would be charged with murder, though the charge was ultimately dropped.  He lost the election.

Perhaps proving Hamilton’s point, Burr then apparently concocted a plan to conquer parts of western North America and declare himself emperor.  This effort was not successful.  Burr was arrested in 1807 and tried for treason.  He was acquitted and fled to Europe, where he plotted once again to take territory in North America.  This effort was also unsuccessful.  He returned in debt to New York, where he resumed practicing law.  In 1831, he was visited by New York Senator William Seward, who three decades later would become Secretary of State under President Abraham Lincoln.   As is so often the fate of the greedy and the thin-skinned, Seward found Burr utterly diminished.  “Unhappy man,” Seward wrote of Burr to his wife, “to drag out a dishonored existence among a generation which knows thee only by the history of thy crimes.”

But Burr’s selfish scheming wasn’t quite finished.  In 1833, at the age of 77, he married a wealthy widow 19 years his junior.  Within six months, she sued for divorce on the grounds of adultery and squandering her fortune on land speculation.  The divorce was finalized on September 14, 1836.  Aaron Burr died the same day.

The great thing about museums isn’t just the artifacts on display, but the connections they lead you to draw, and the insights they provoke about the human condition.  You don’t often think of links between Aaron Burr and James Fenimore Cooper.  (At least I didn’t.)  But both overlapped in time and place; both lived in Europe and New York; both came from well-off backgrounds; both served their country; both were politically interested; both were gifted; both did questionable things in their lives.  But one grew up and put away childish pranks and used his gifts to edify others and is well remembered; the other lived selfishly and used others to benefit himself and is remembered only for the history of his crimes. 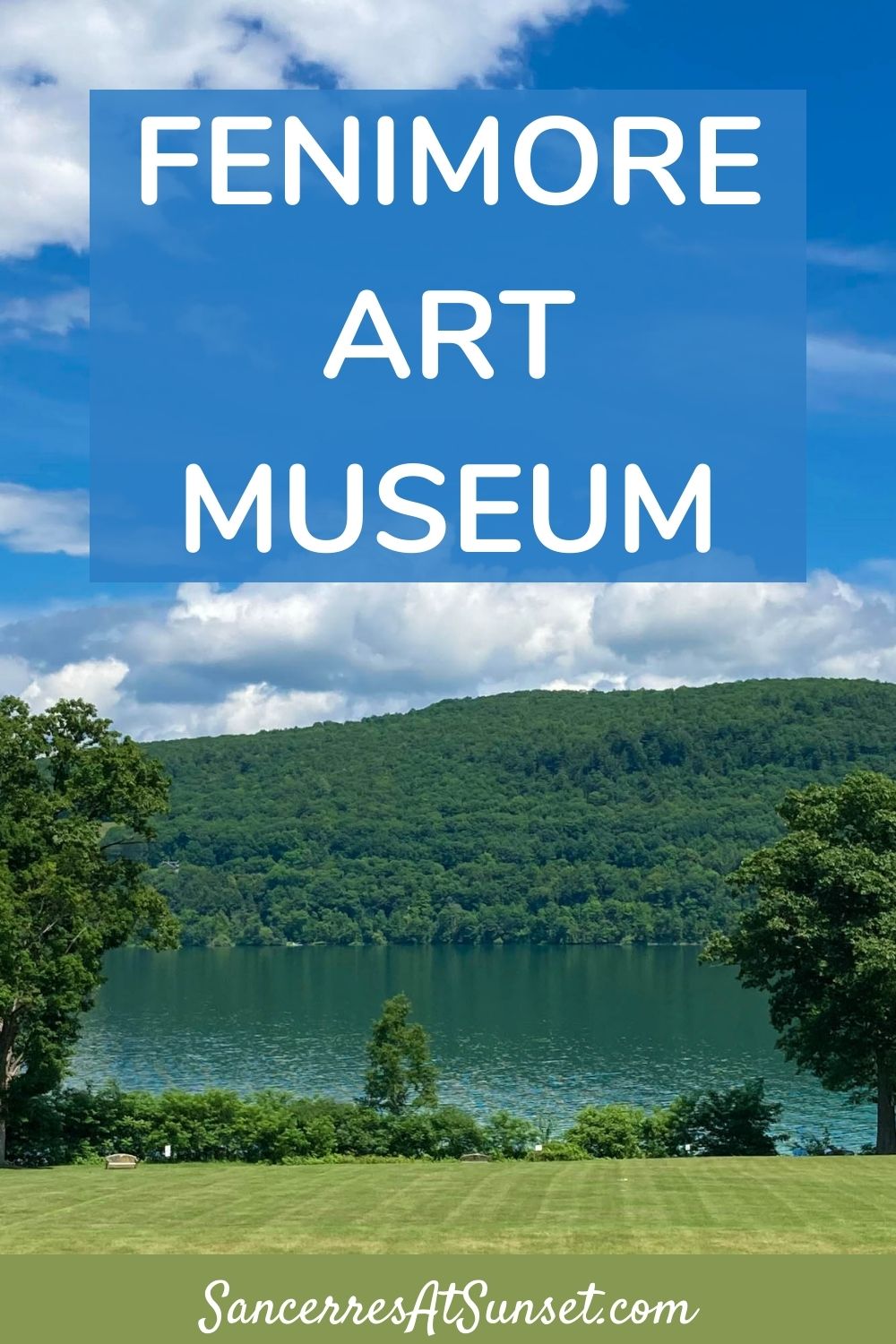