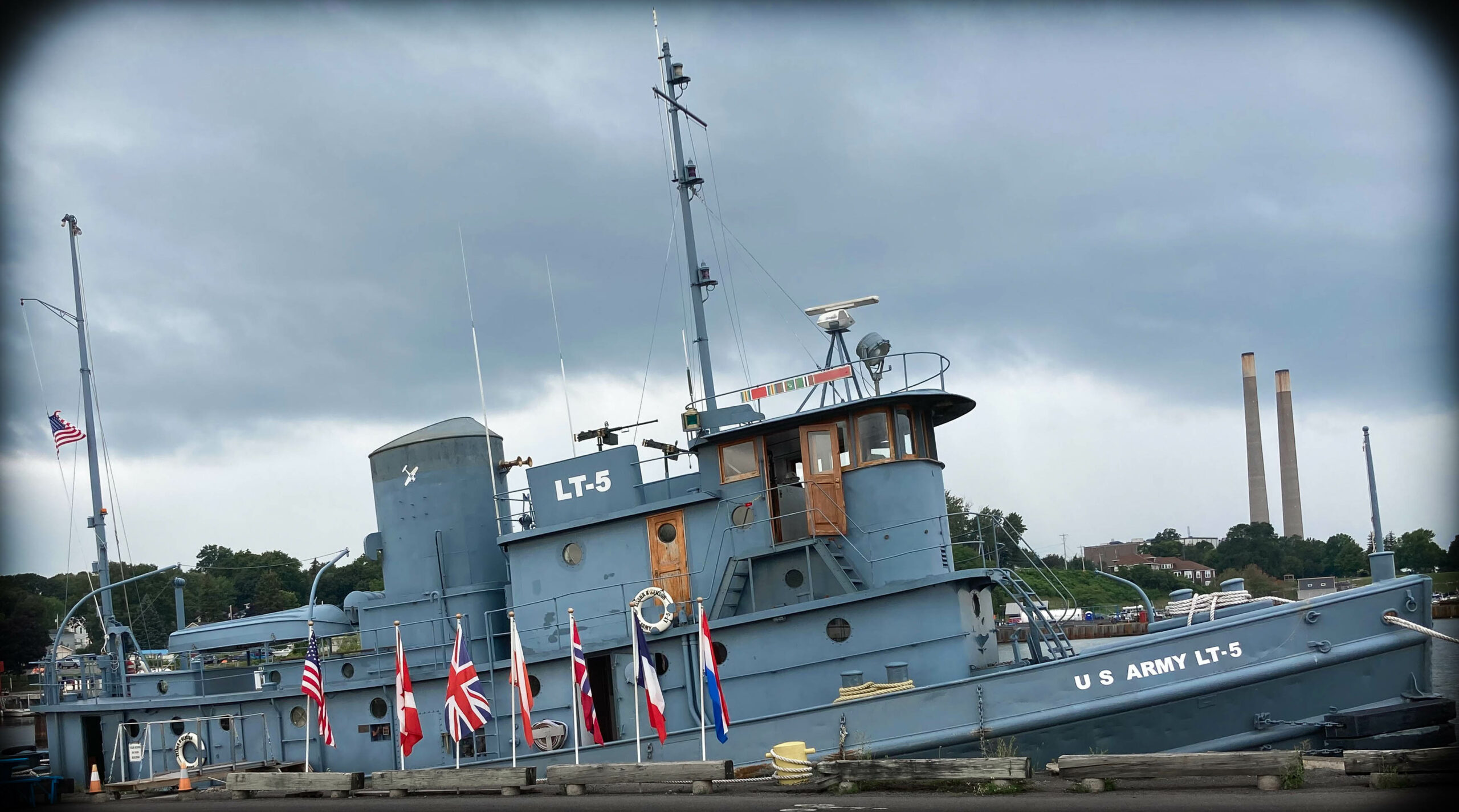 The H. Lee White Maritime Museum in Oswego, New York, is a treasure trove of artifacts that show the glories and the dangers of life and death on the water.  H. Lee White was a local shipper who became Assistant Secretary of the Air Force under President Dwight D. Eisenhower. 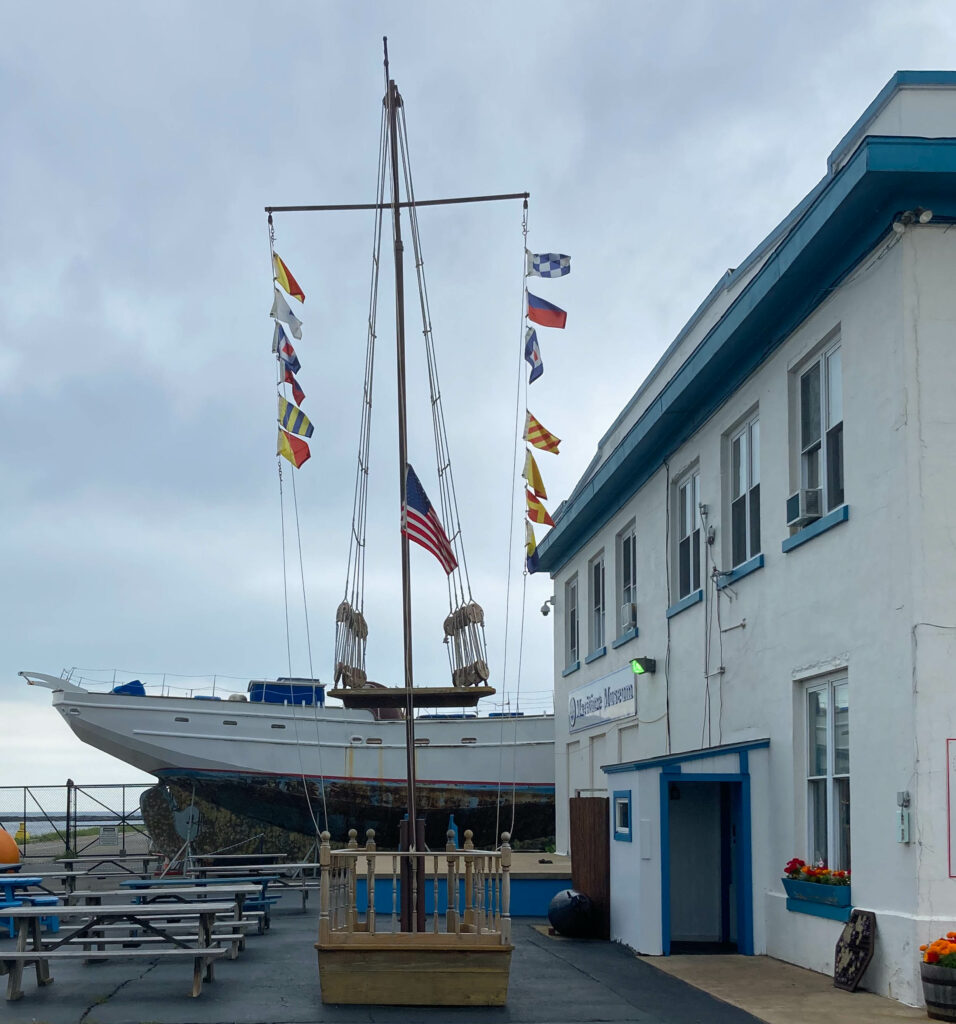 The small museum sits at the end of a pier on the shore of Lake Ontario.  It includes an exhibit on shipwrecks, of which there are estimated to have been more than 10,000 in New York waters, and photographs of lighthouses. 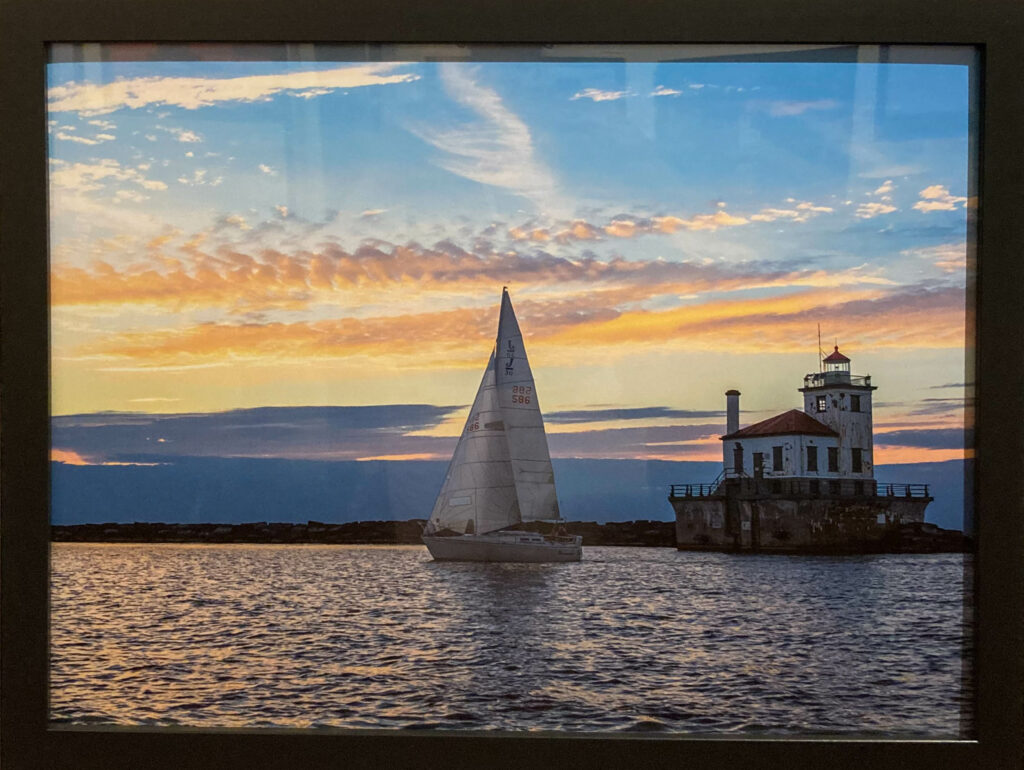 Its artifacts paint a picture of shipboard life.  A replica of a Captain’s cabin features a desk shows the Chinese influence that was common during the 19th century. 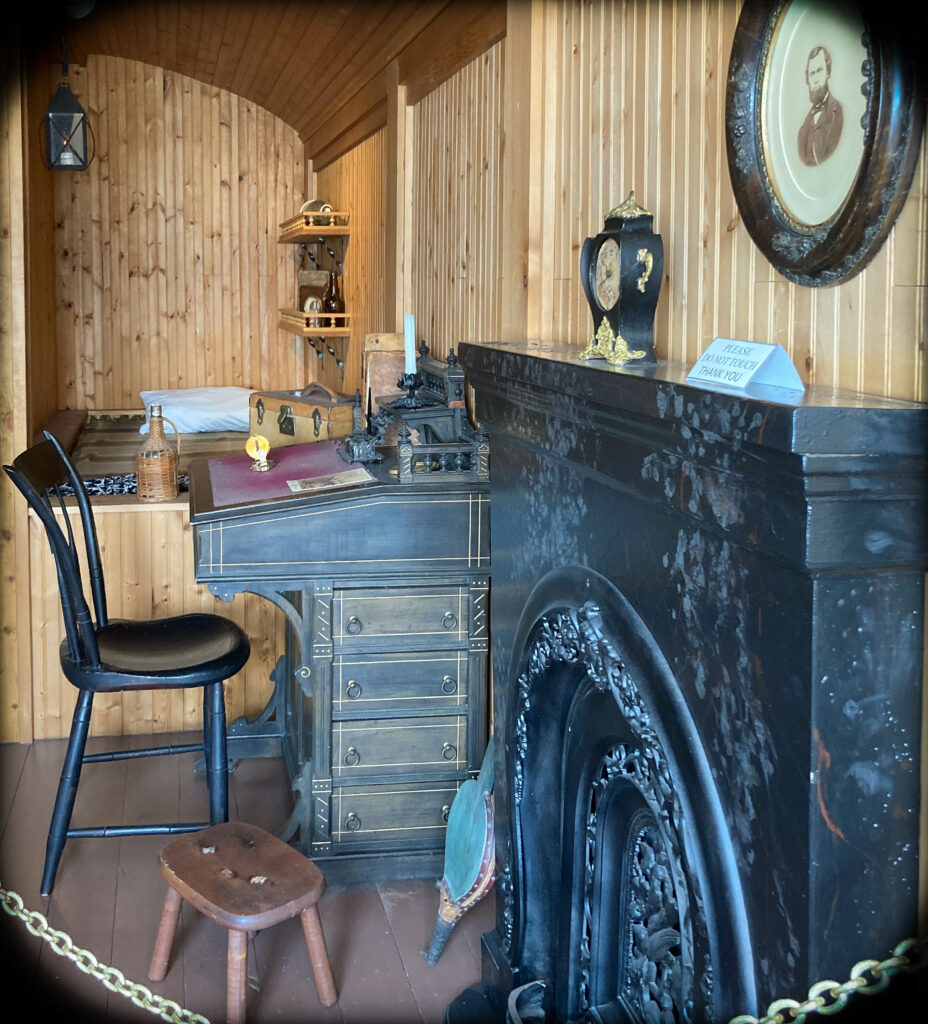 Even more intriguing are the vessels floating outside in the harbor. 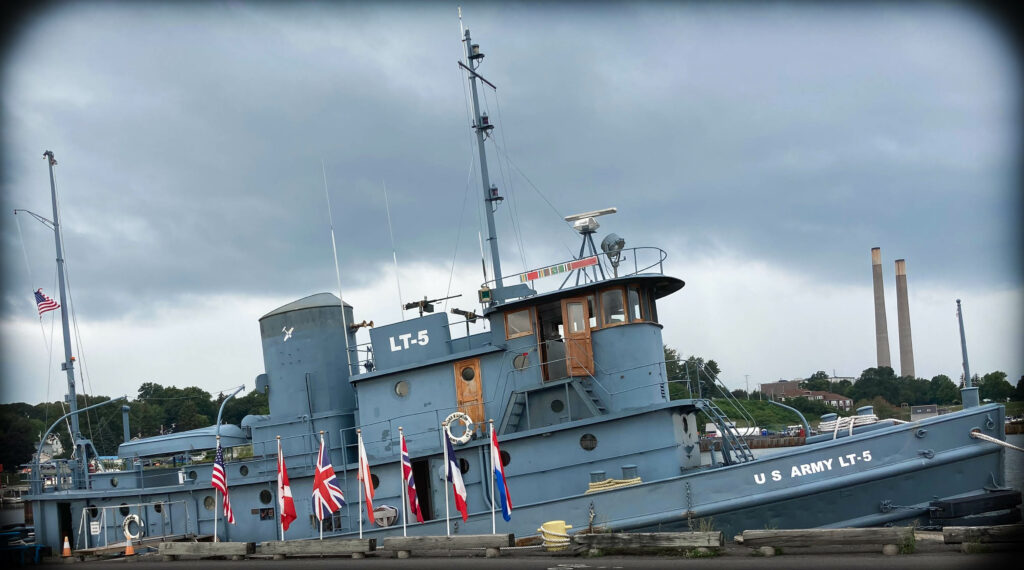 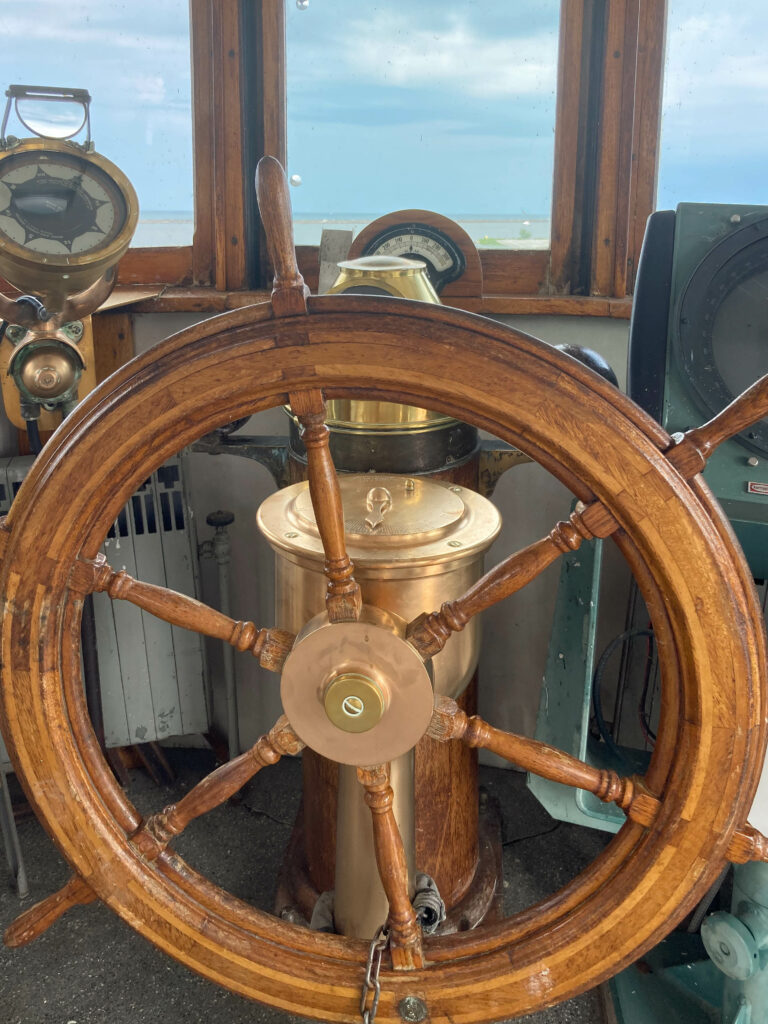 On June 6, 1944, she sailed from England to France, to support the D-Day invasion.  Her mission was to store ammunition reserves near Omaha Beach.  Three days later, she shot down a Luftwaffe plane; a kill mark honors this unusual achievement. 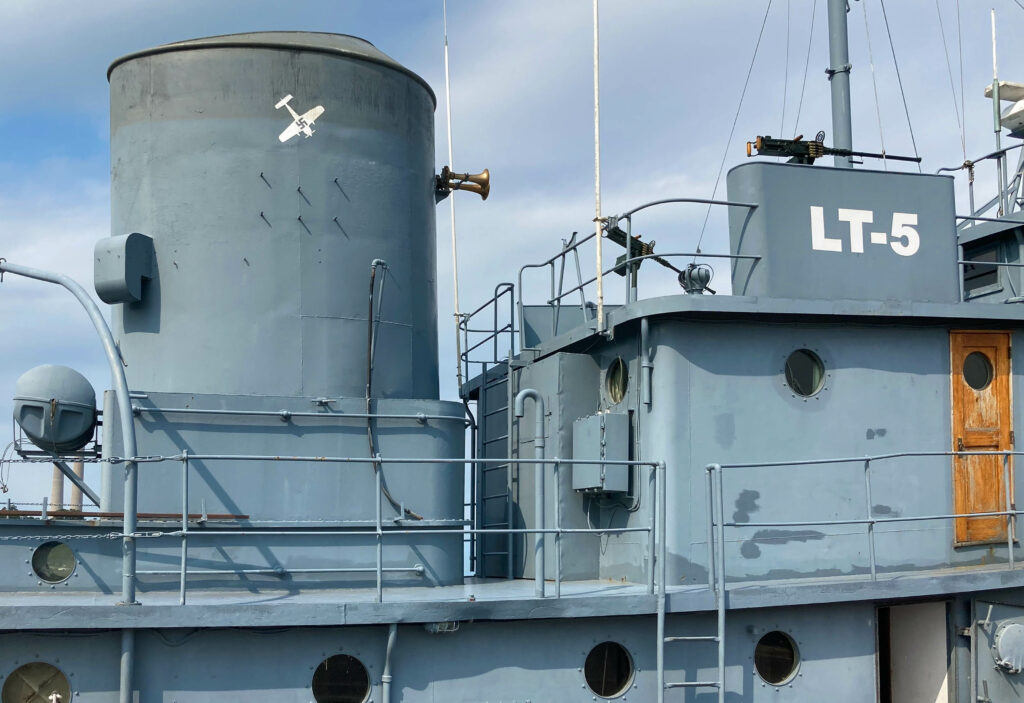 She also helped supply the Americans’ artificial harbor Mulberry A, which was later destroyed by a storm on June 19, making the ammo she’d beached less than two weeks earlier crucial to the troops on the ground fighting to liberate Europe from Nazi occupation. 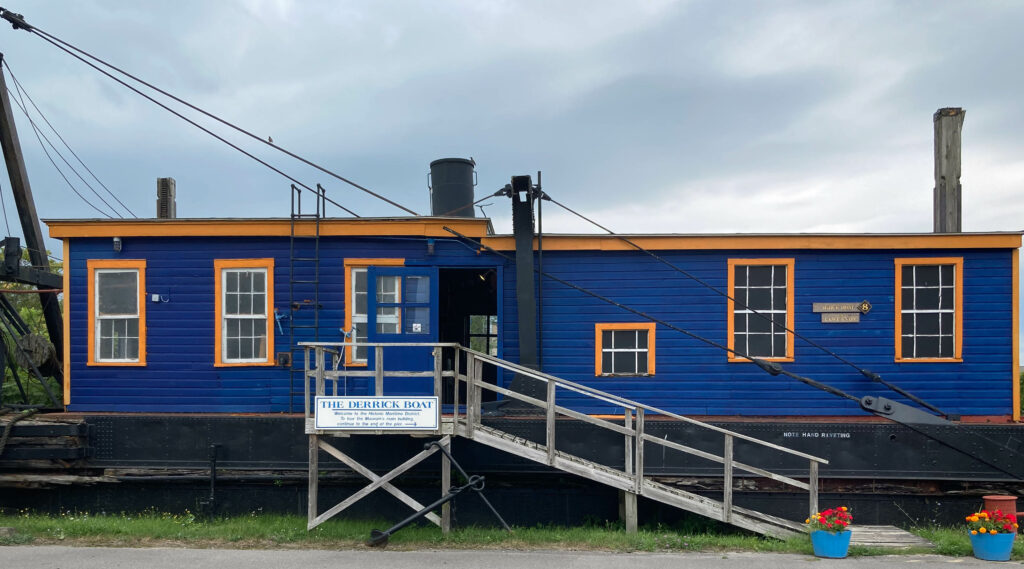 Floating nearby is the steam-powered Derrick Boat 8.  She served in the New York State Canal System for 60 years, performing work like dredging, lock repair, and lifting heavy boats.  Today she tells the story of life and commerce along the System, which comprises the Erie, Oswego, Cayuga, Seneca, and Champlain Canals. 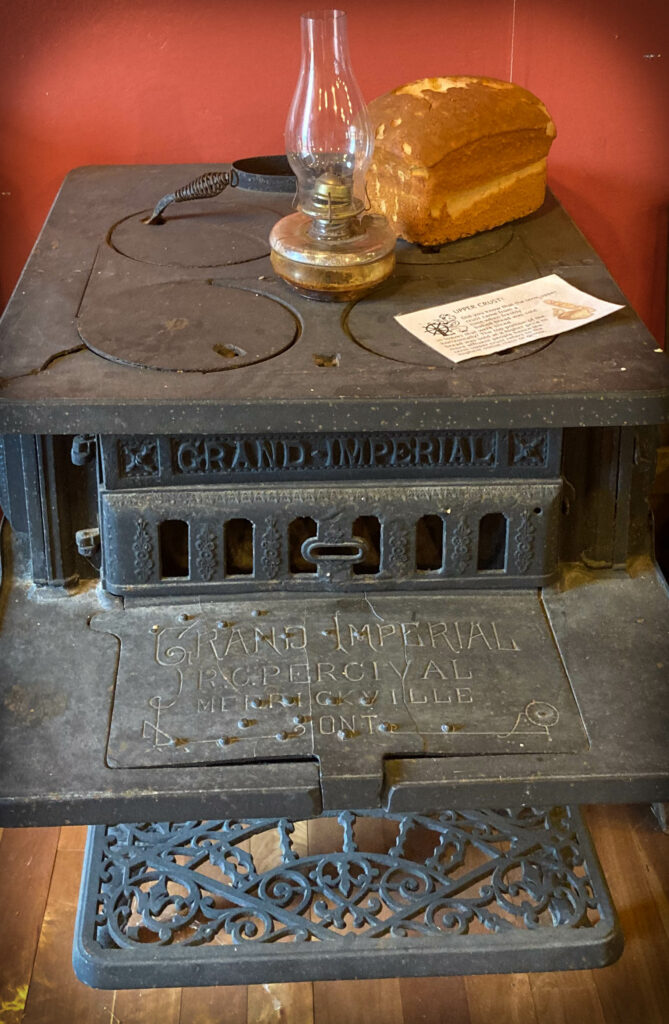 Sometimes, the story was bizarre.  In 1835, Colonel Thomas Standish Meacham of upstate New York decided to give President Andrew Jackson some cheese–cheese that weighed 1,400 pounds, measured 16 feet in circumference and 2.5 feet in height, and featured a band decorated with the seals of the 13 original states and a portrait of President George Washington.  The big cheese travelled along the canal system and then overland to the White House, where it arrived in 1836.  The publicity generated by this unusual gift convinced settlers that upstate New York was suitable for dairy farming and helped make the area one of the country’s largest dairy producers.

Water is an extraordinary thing.  It can kill you, but you need it to live.  It can transport something as seemingly silly as an enormous cheese bearing George Washington’s image or as serious as materiel necessary to defeat Nazism.  Water is life and death, work and play, hope and heartache, adventure and tradition.

What to Know before You Go to the H. Lee White Maritime Museum

The Museum is located at 1 West First Street, Oswego, New York.  You can take a self-guided tour of the Museum building and the derrick boat; a docent will lead you on an informative tour of the tugboat.  There is ample parking.  Allow 60 to 90 minutes. 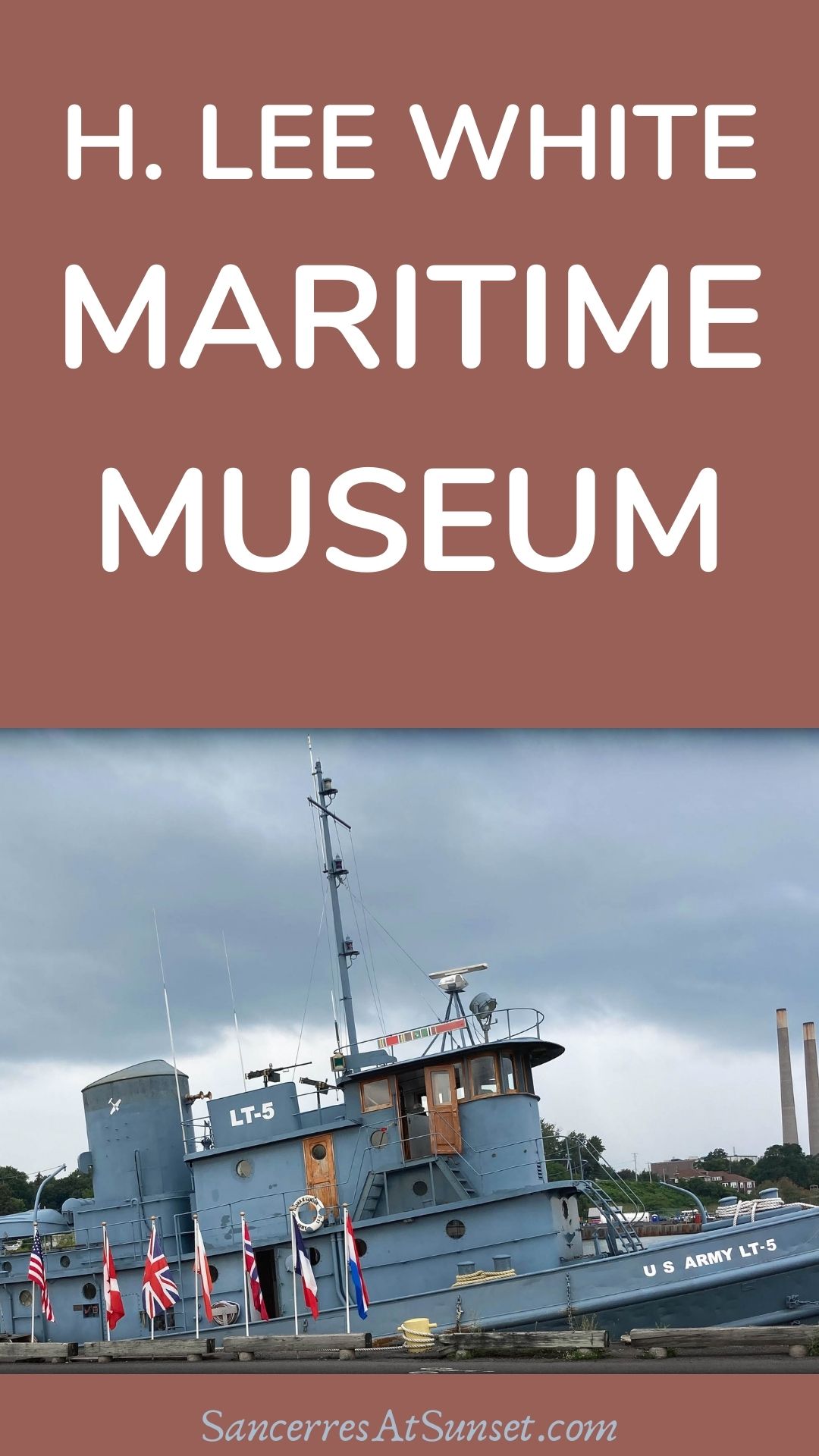