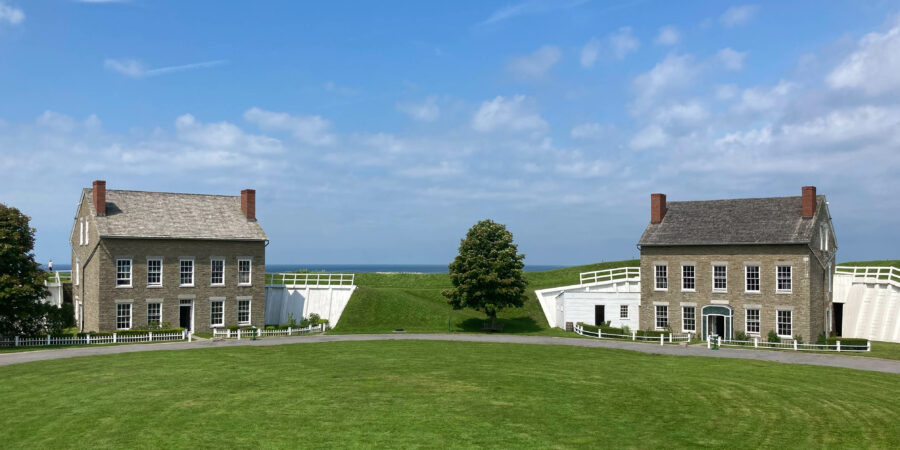 The fourth Fort Ontario in Oswego, New York, sits at a spectacular spot on the shore of the Great Lake that shares its name.

Today visitors can explore life at the Fort as it was in 1868, when it was home to Company F, 42nd Infantry, of the U.S. Army. 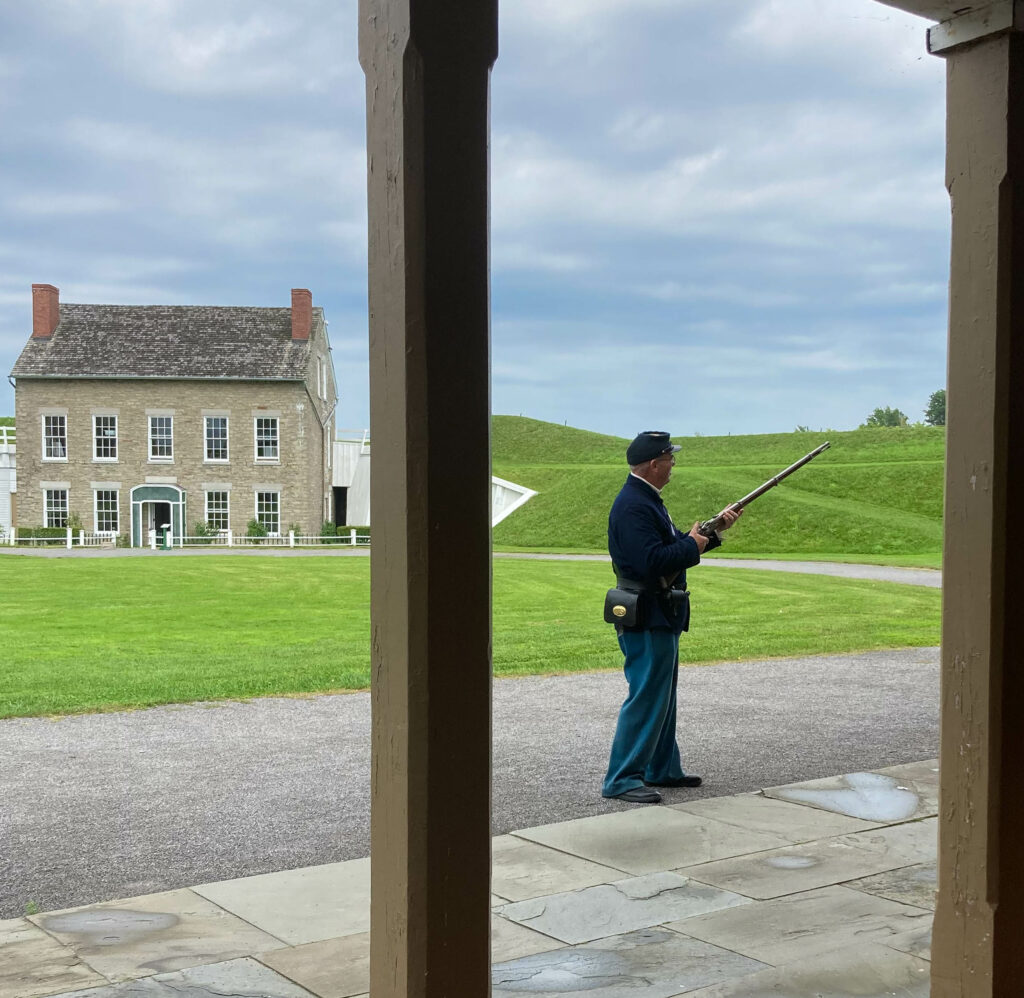 In the mess room at the enlisted men’s barracks, young boys in blue uniforms explain that sergeants enjoyed their own table, because the Army sought to recognize these non-commissioned officers for their importance to the service. 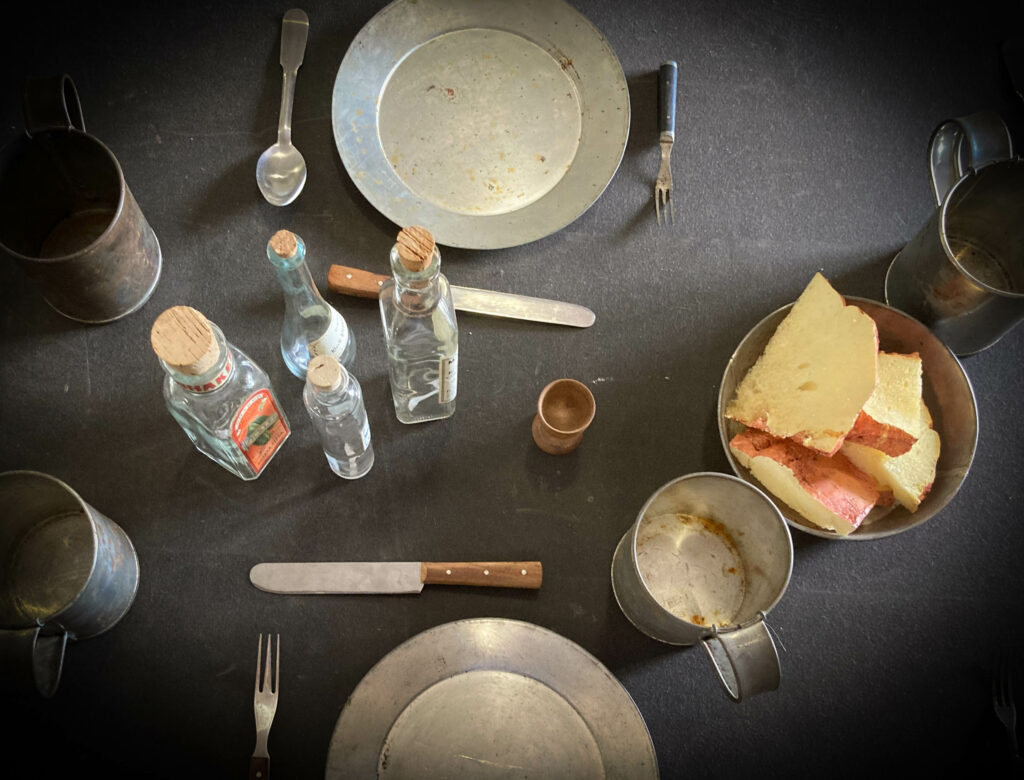 The high-quality food was starchy and fatty, but it did include fresh vegetables grown in the fort garden, as well as fresh bread from the bakery.  Meat was typically beef or pork. 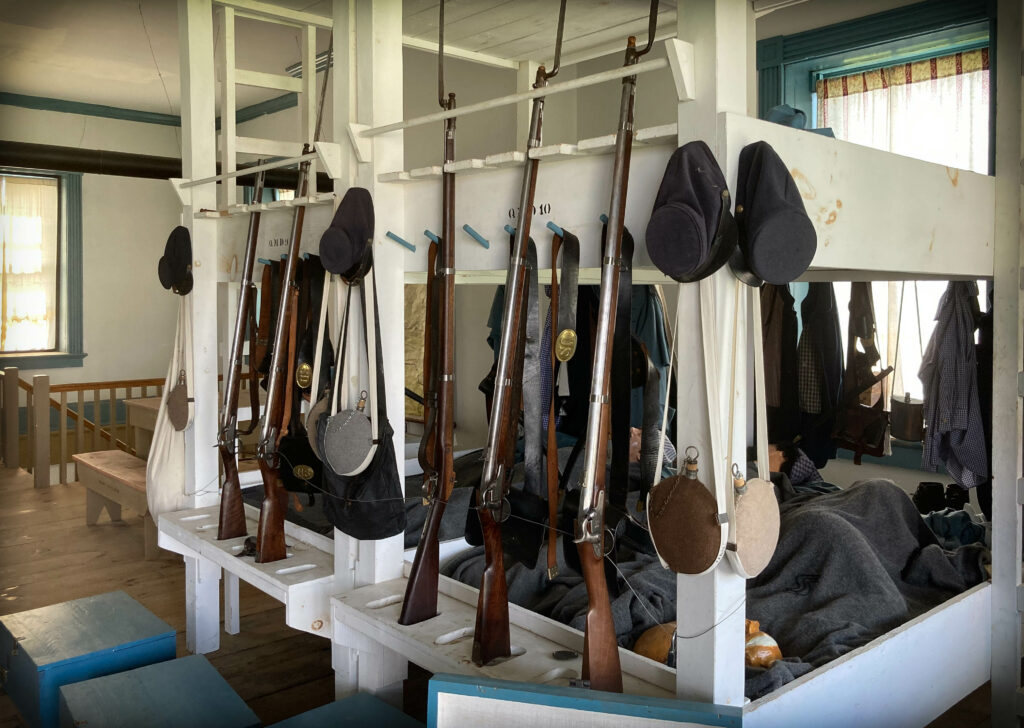 The enlisted men’s squad rooms feature wooden bunks, which slept two men to a bed, and were ripe for bedbugs. 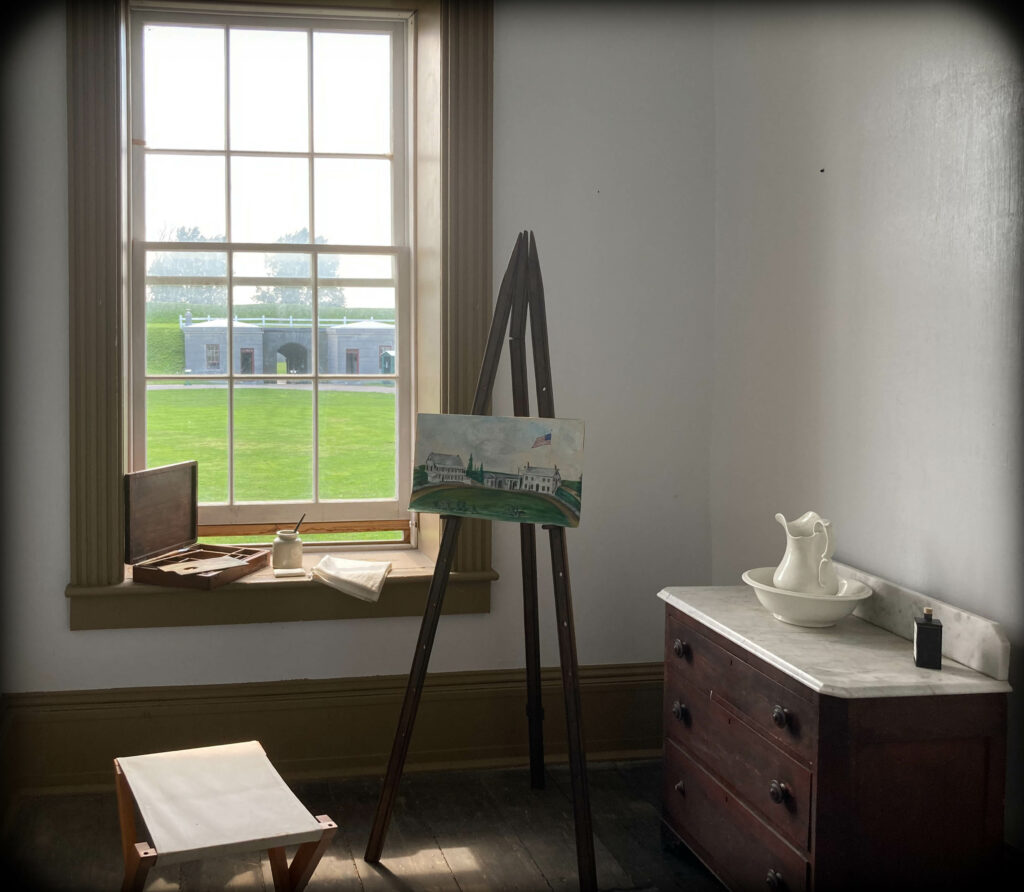 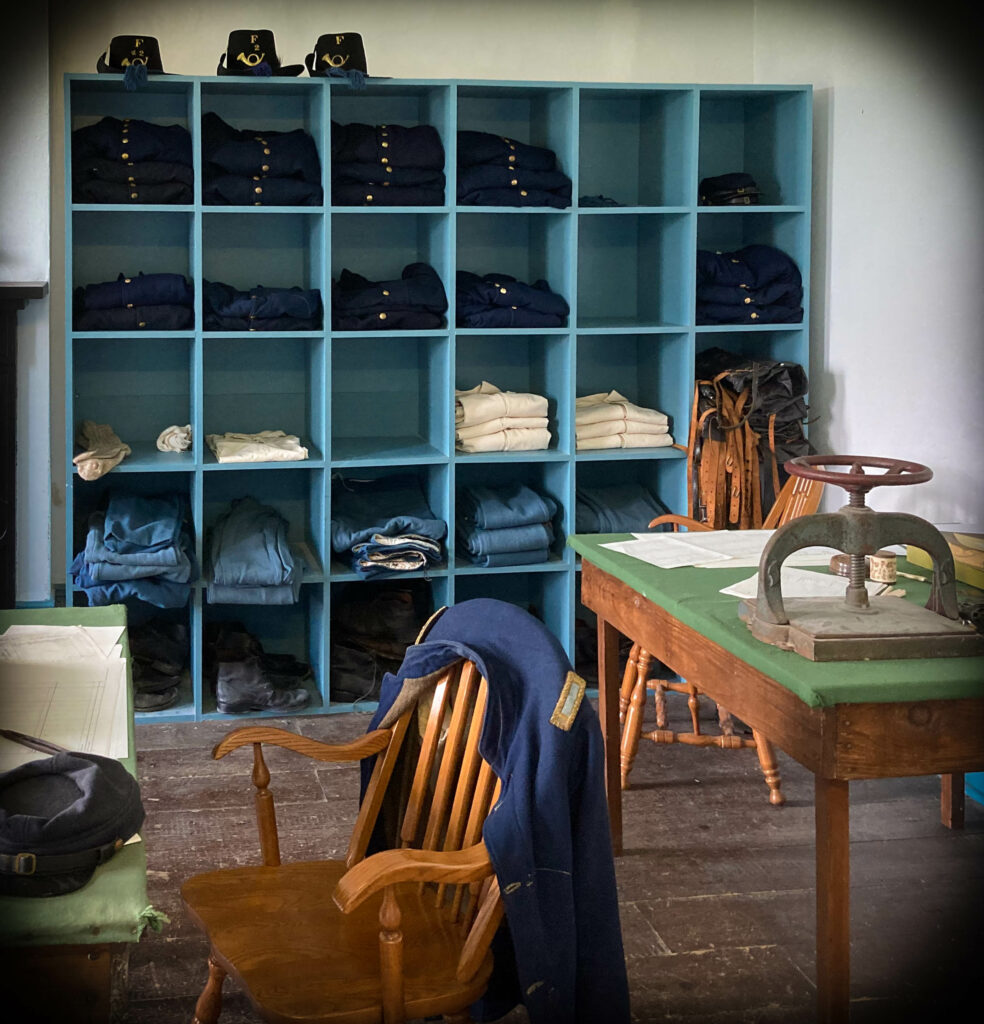 The quartermaster and his clerk ordered, inventoried, and reported all the supplies and foodstuffs that maintained the Company. 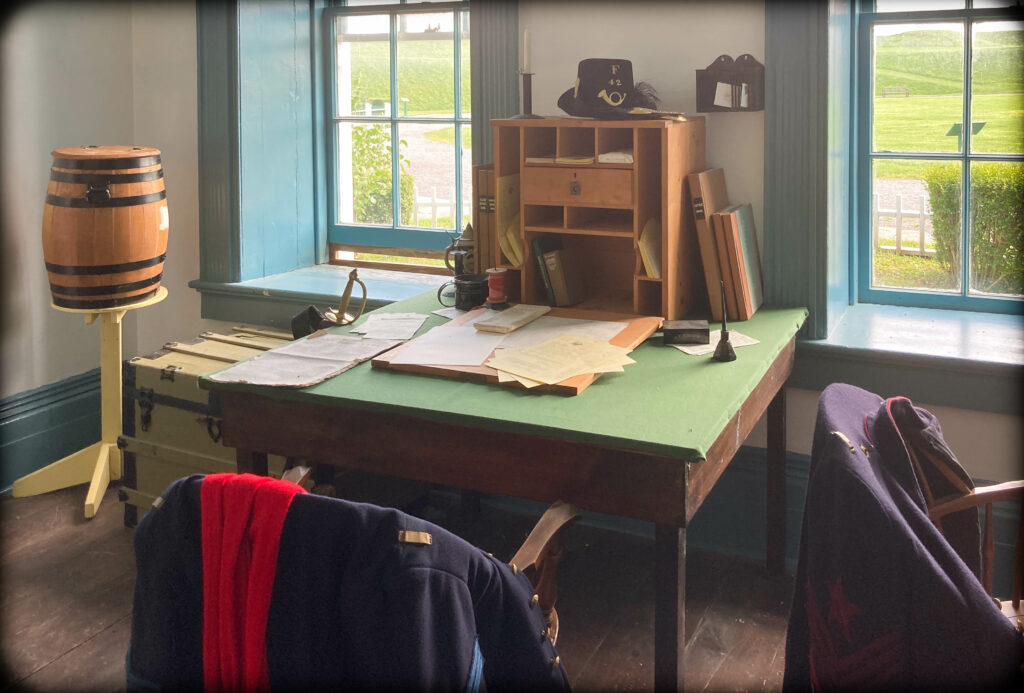 In the company office, a sergeant and a clerk or clerks managed the Company’s administrative paperwork, collected out-going mail, and maintained a small library of books and newspapers for the soldiers’ use. 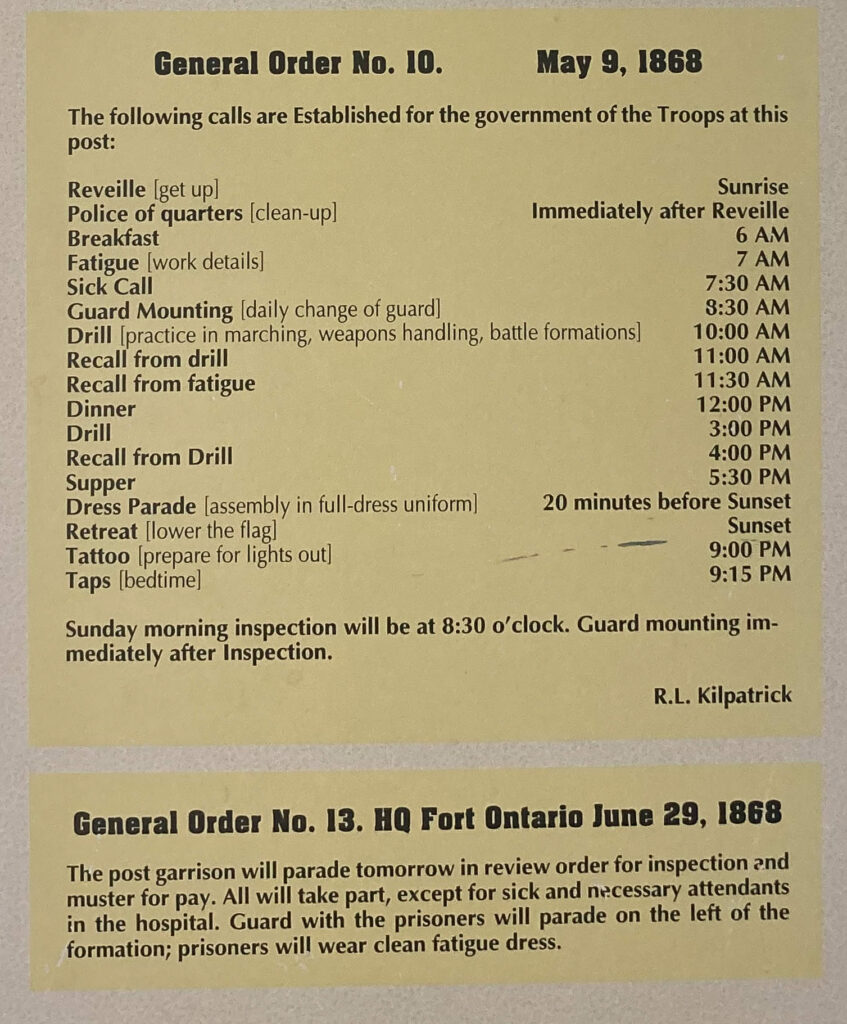 But Fort Ontario found its most unique purpose during World War II.  It is the only site in the United States to provide emergency shelter for Europeans fleeing Nazi persecution.  In August 1944, 982 refugees arrived via Italy from 18 countries, predominantly Yugoslavia, Austria, and Poland.  They ranged in age from infancy to 80 years.  Almost all were Jews, and most had been held in concentration camps.  Some of the adults’ occupational titles were rabbi, lawyer, merchant, and seamstress or tailor.

President Franklin D. Roosevelt circumvented U.S. immigration law to let them in by calling them his “guests”, but that meant that they had no legal immigration status and were not permitted to leave the premises of the Fort and would ultimately have to return to Europe. 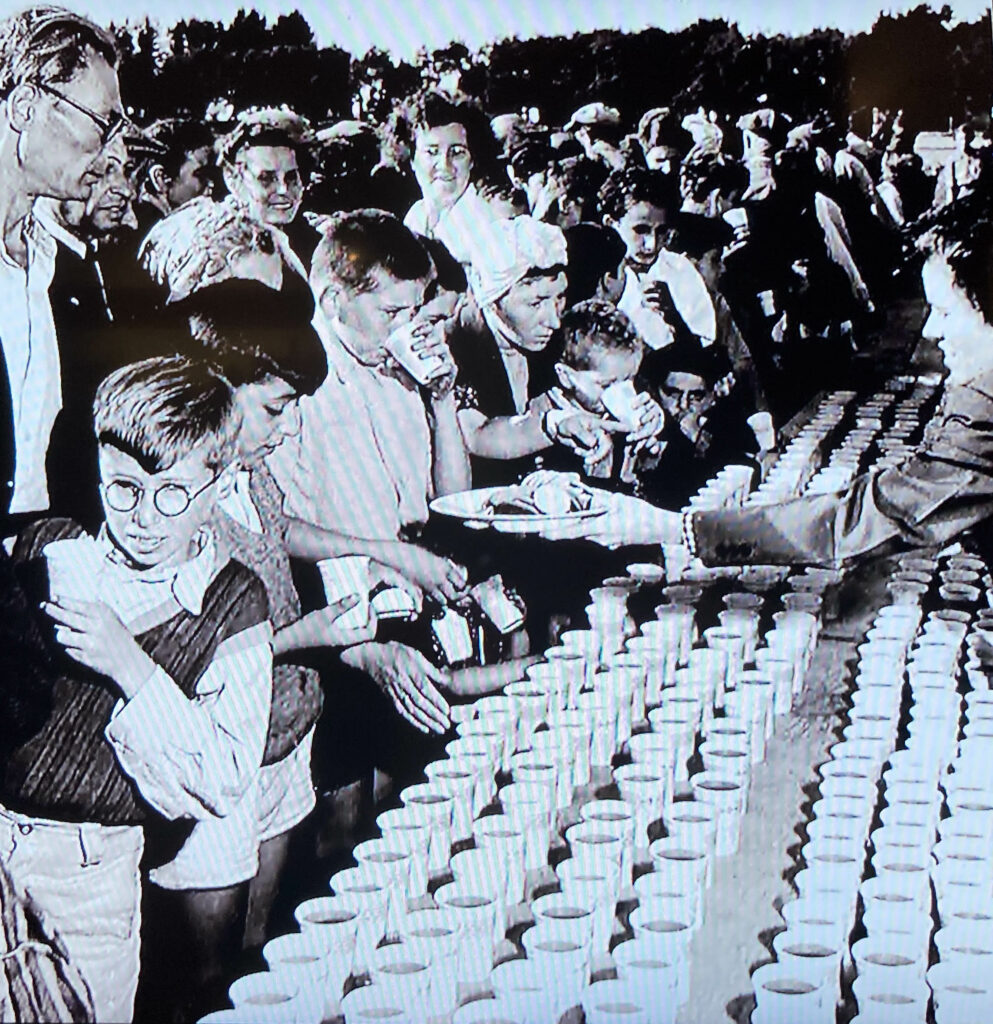 While at Fort Ontario, a German sculptress and an Austrian composer collaborated on an operetta, “The Golden Cage”, based on their mixed plight.  One stanza laments:

There is no food we are longing for.
No material need we are suffering,
But our hearts have never been cared for,
Are we tremendously troubled.

Though not permitted to leave, the refugees did have visitors, including local families, as well as First Lady Eleanor Roosevelt. 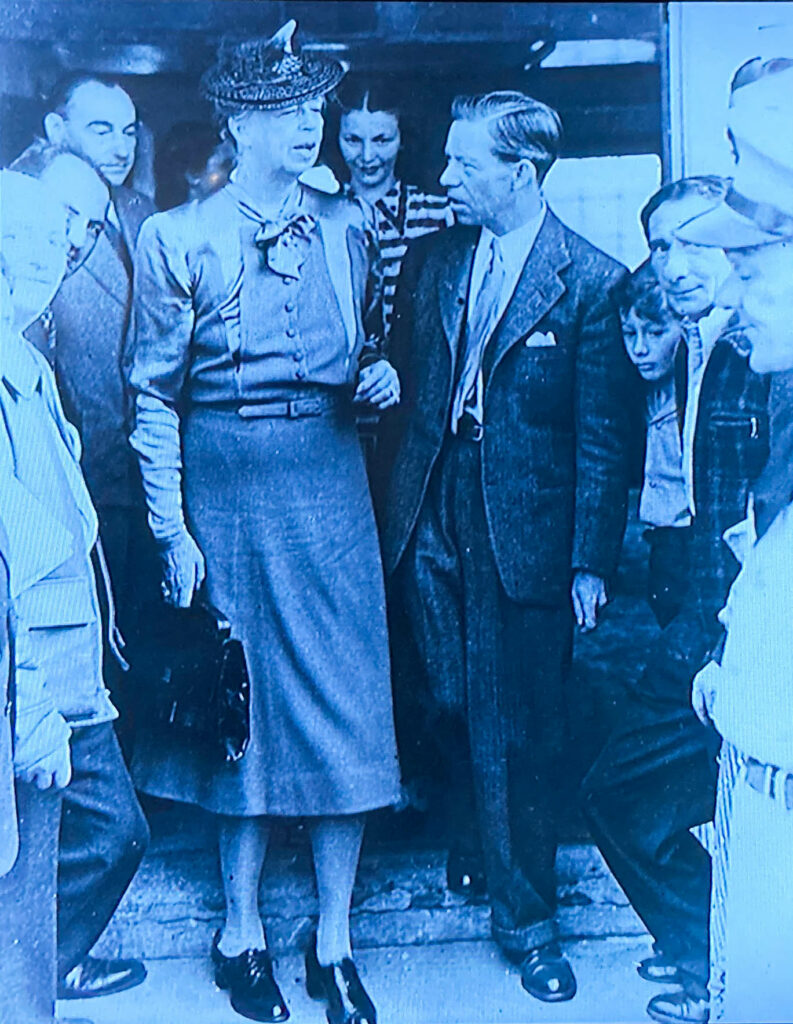 On December 22, 1945, President Harry S Truman signed an executive order permitting the refugees to remain in the United States.  They were finally granted legal immigration status and allowed to leave the Fort in February 1946.  “The Golden Cage” finishes:

We soon leave Fort Ontario
And try to find our hearth;
To find our life, our work and move
At liberty on earth!

What to Know before You Go to Fort Ontario

Fort Ontario is located within Fort Ontario State Park at 1 East Fourth Street, Oswego, New York.  Its several buildings contain historic displays, and there are at times outdoor presentations, like a rifle demonstration.  The surrounding park also features the post cemetery where lie the remains of some of the people who lived there and a memorial to the Fort’s service as a haven for World War II refugees.  There is a walking path and beautiful views of Lake Ontario.  There is ample parking.  Allow 1 to 3 hours. 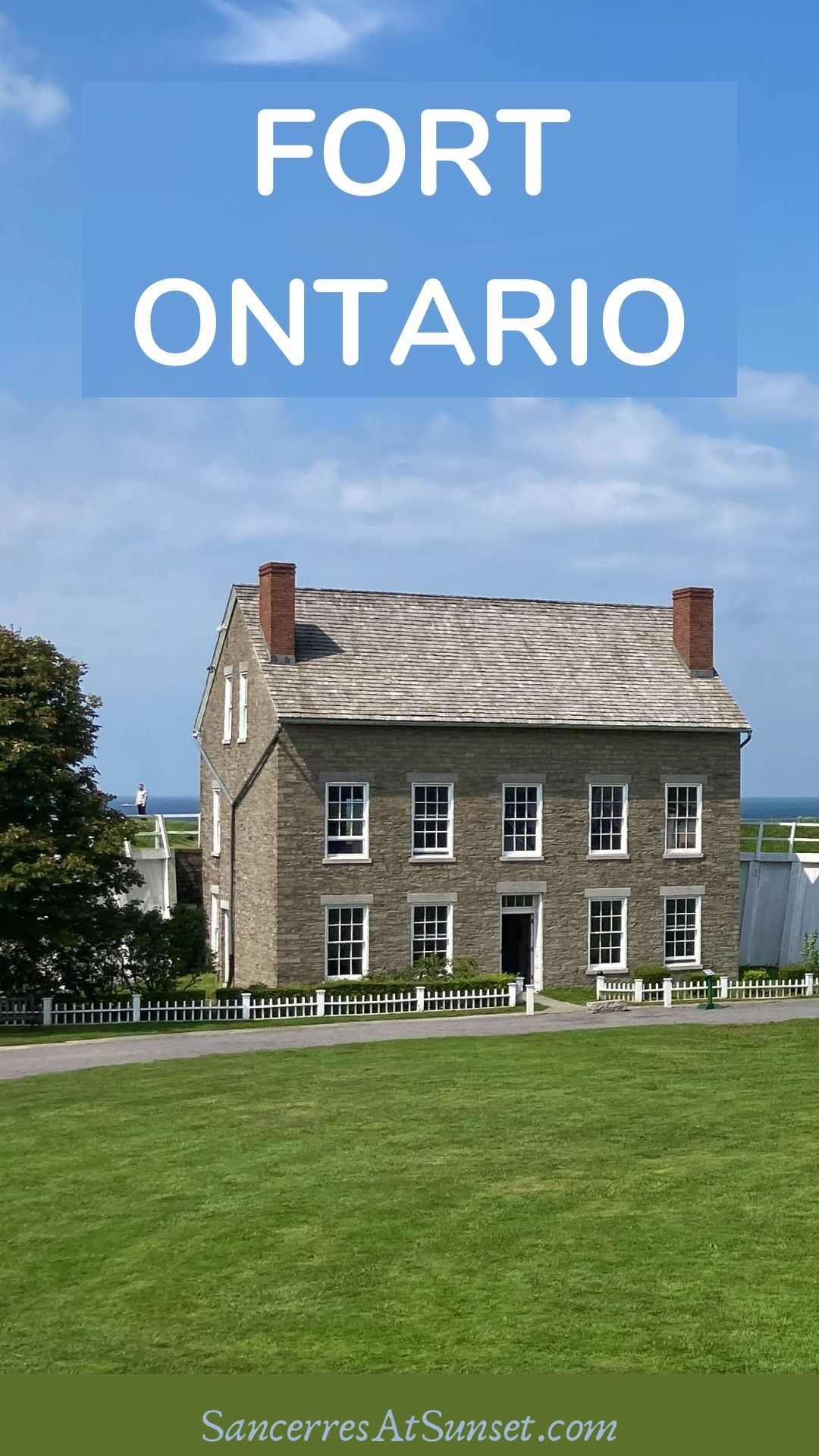