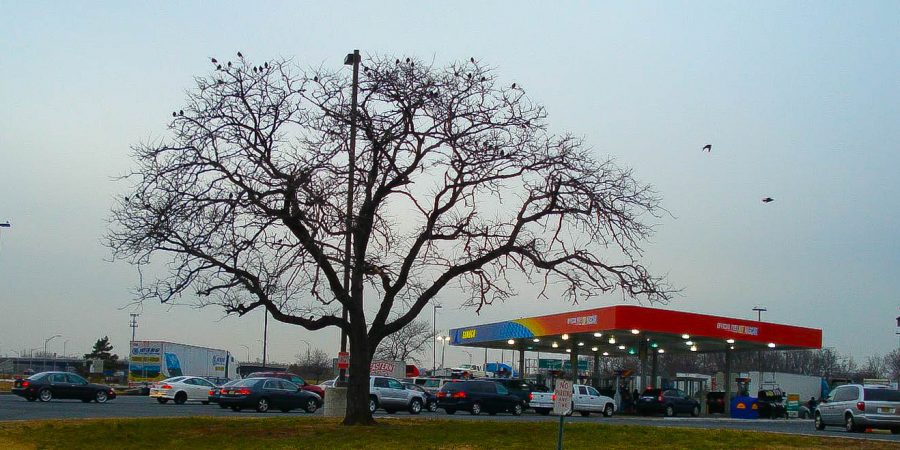 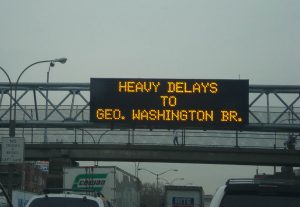 I used to fly when I visited my parents in Massachusetts.  Three Christmases ago, this trauma even came with a compensation.  The flight attendant was a former New York City cop, which gave a special sweetness to the landing announcement:

But with the airlines and the federal government in a bizarre conspiracy to make air travel as miserable as possible, even the promise of hearing those beautiful words again (with or without the New York accent) is no longer enough to lure me onto an airplane at Christmastime.

Then I hit New York City on I-95, which the George Washington Bridge connects with the New Jersey Turnpike. Crossing it is never quick or pleasant. When they’re warning you about it, it’s really bad.

Between trucks, I caught a glimpse of a sign seeming to suggest I-87 as an alternate route to the GW Bridge.  As a later look at a map showed, I-87 doesn’t go near the GW Bridge, but since I didn’t know that at the time, I fell for it.  I exited I-95 and jumped on 1-87, which at least moved more fluidly.

Then, at one point, I misread a sign and exited the highway–and ended up on a surface street.  In the Bronx.  Alone. With Virginia plates.

What was going to become of me?

Would I be robbed of my car and all it contained–and then shot anyway by thugs secure in the knowledge that the government forbade me from arming myself?

Or would I be beaten to death by bat-wielding Yankees fans–my Braveheart-esque last words, “G0 SOX!!!”?

Or, even worse, would I simply drive forever through the streets of New York–the woman who never returned?

Okay, since I’m writing this, you know that none of these fantastic fears came true.  I found my way back to I-87, which soon ended at I-278.  My choices were East or West.  Since Virginia lies south-by-southwest of New York, I chose West.

I had no map of New York and no GPS.  Lost and alone and scared, in the city that saddled the world with Regis Philbin, I did the best thing I could think of:  I phoned a friend. I got his voicemail.  Trying to sound calm, I left a message asking him to call me back.  He did, quickly–and used Google Maps to confirm that I was headed in the correct direction: I-278 led to the New Jersey Turnpike.  Google Maps was very helpful, telling us which bridges were coming up and showing where the traffic was heaviest.

I crossed over the Triborough Bridge from the Bronx, over Manhattan, then into Queens.  I drove down into Brooklyn, and passed under, but did not cross, or sell, the Brooklyn Bridge.  My phone-friend pointed out what a nice tour I was getting of NYC.  I was in no mood.

Then I paid a whopping $9 to cross the Verrazano Narrows Bridge over to Staten Island. That of course meant crossing another Bridge–the Goethals–to get off Staten Island–and to the New Jersey Turnpike. The whole NYC detour consumed about two hours of my life.

And a truly ridiculous day is when I’m actually glad to reach the New Jersey Turnpike.  Especially when it looks like this: I stopped at the Thomas Edison Service Area for Starbucks, but the line was so long that I skipped the coffee.

Fortunately, I still had enough gasoline to get to Delaware.  Stopping at a New Jersey gas station is like taking a detour through the Carter presidency. 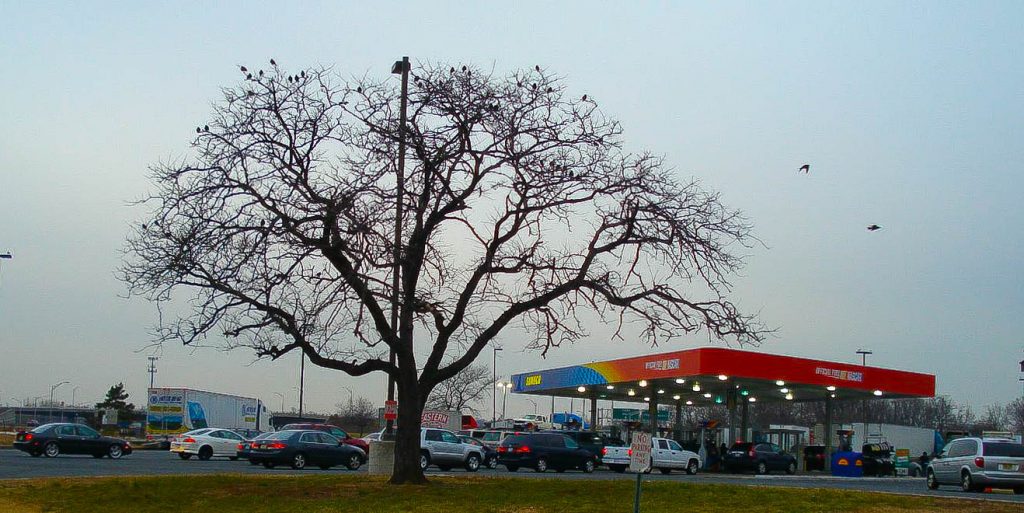 New Jersey brings state paternalism to special low:  Self-serve is verboten; you’re not trusted to pump your own gasoline in the state that elects such paragons of personal responsibility as Jon Hot-Wheels Corzine and Jim Down-Low McGreevey.  Nuf ced.

The NJTP was painfully slow.  At one point, a police car right behind me flashed its lights.  It wasn’t possible to exceed the speed suggestion, and I couldn’t imagine what else I might have done wrong, but I pulled onto the shoulder.  The cop pulled over behind me–and then pulled back into the right lane and went around me to drive up the shoulder.

By the time I reached Delaware, my gas tank was about 1/8th full, so I stopped at a service area.

I could almost picture God, right before the beginning of time, laying out his eternal plan, with this detail:

And the moral is:  Don’t drive I-95 on the day after Christmas. 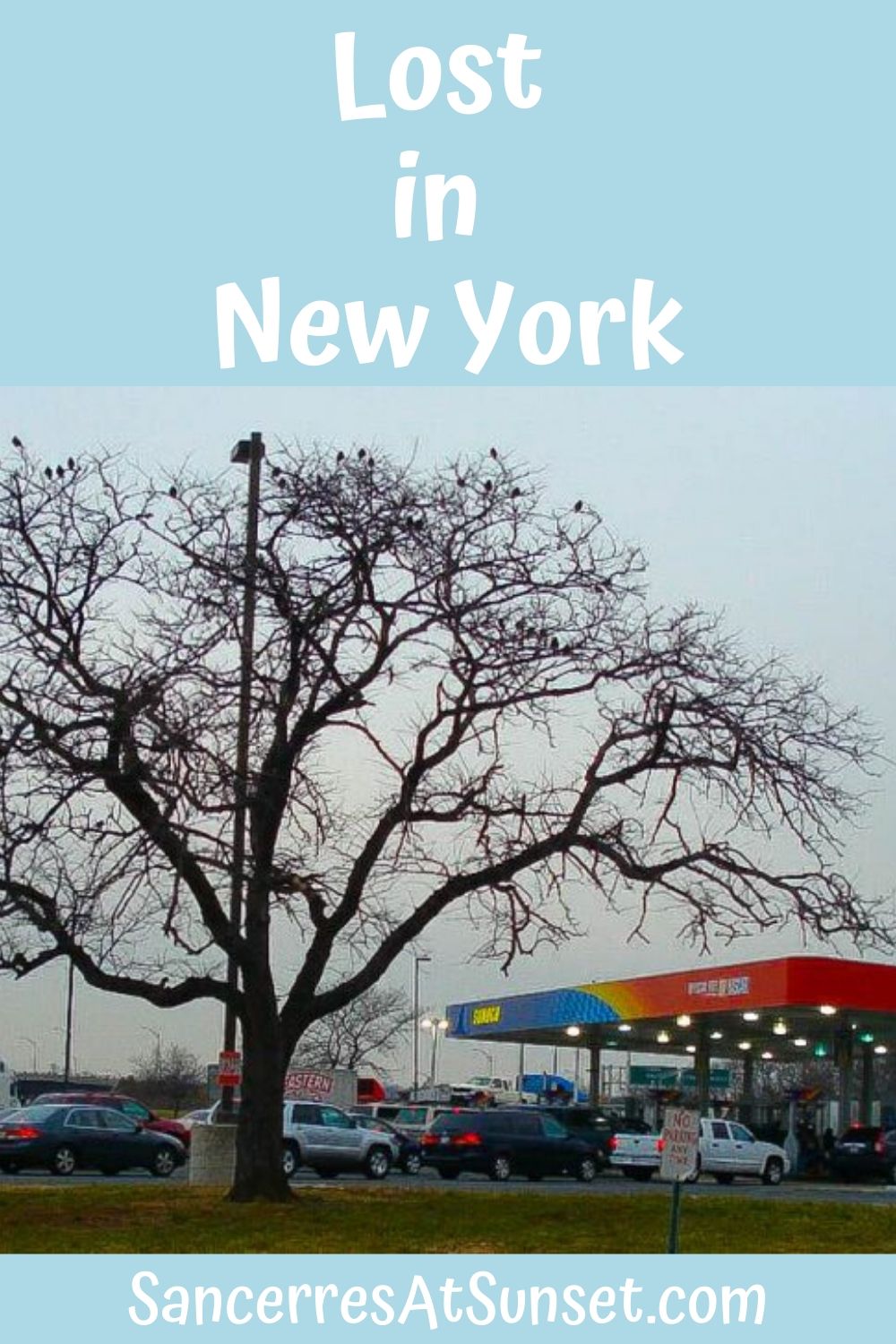 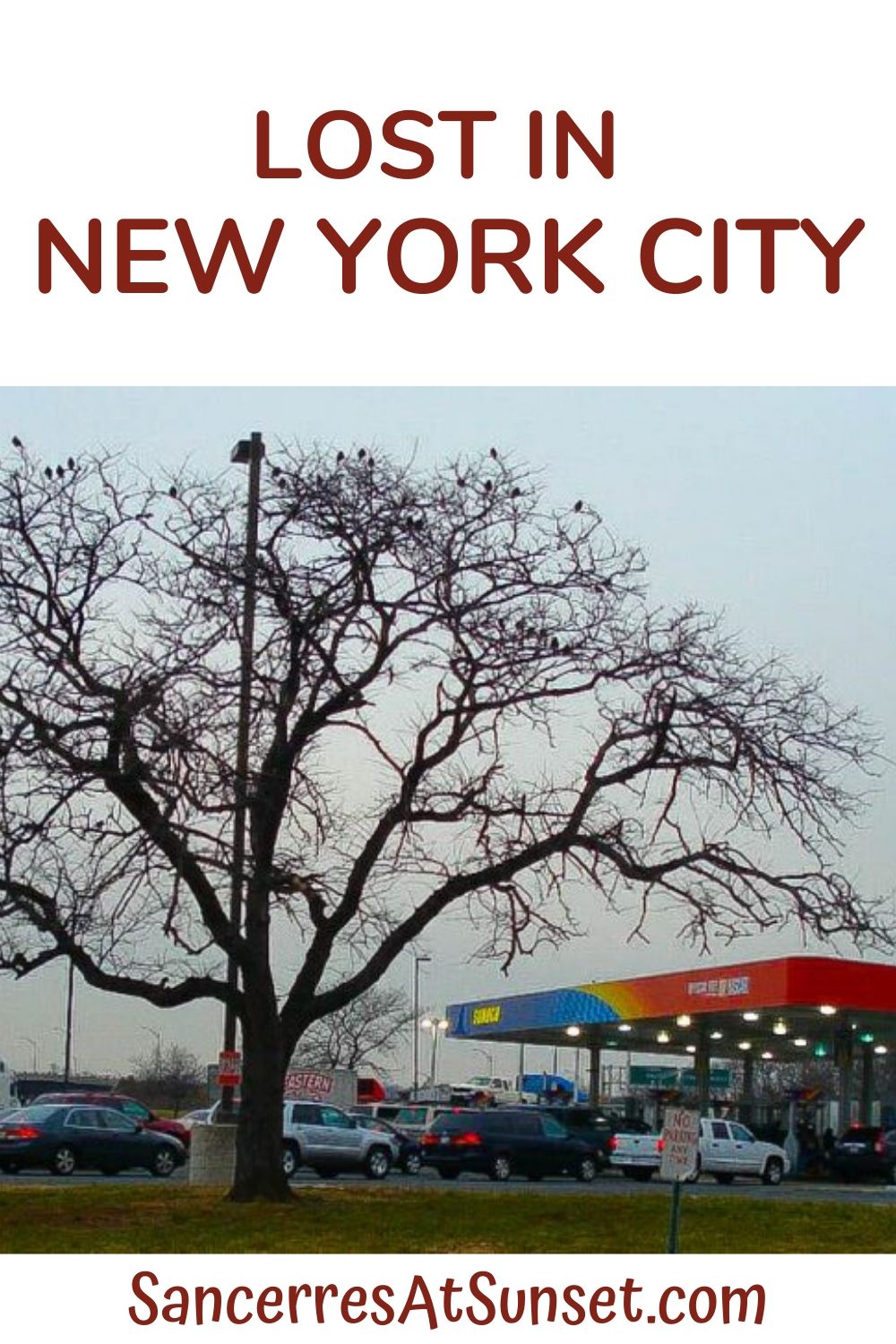 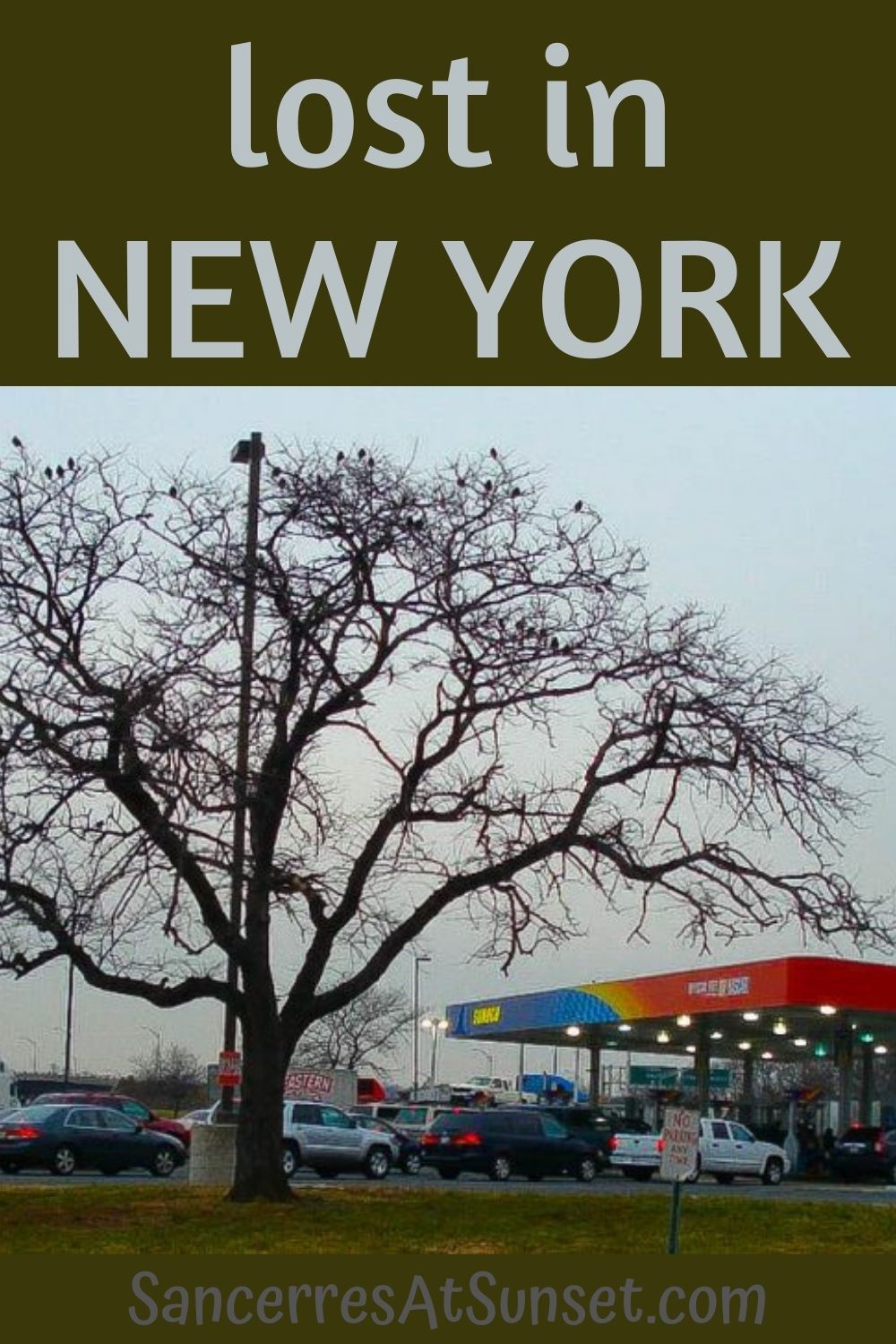 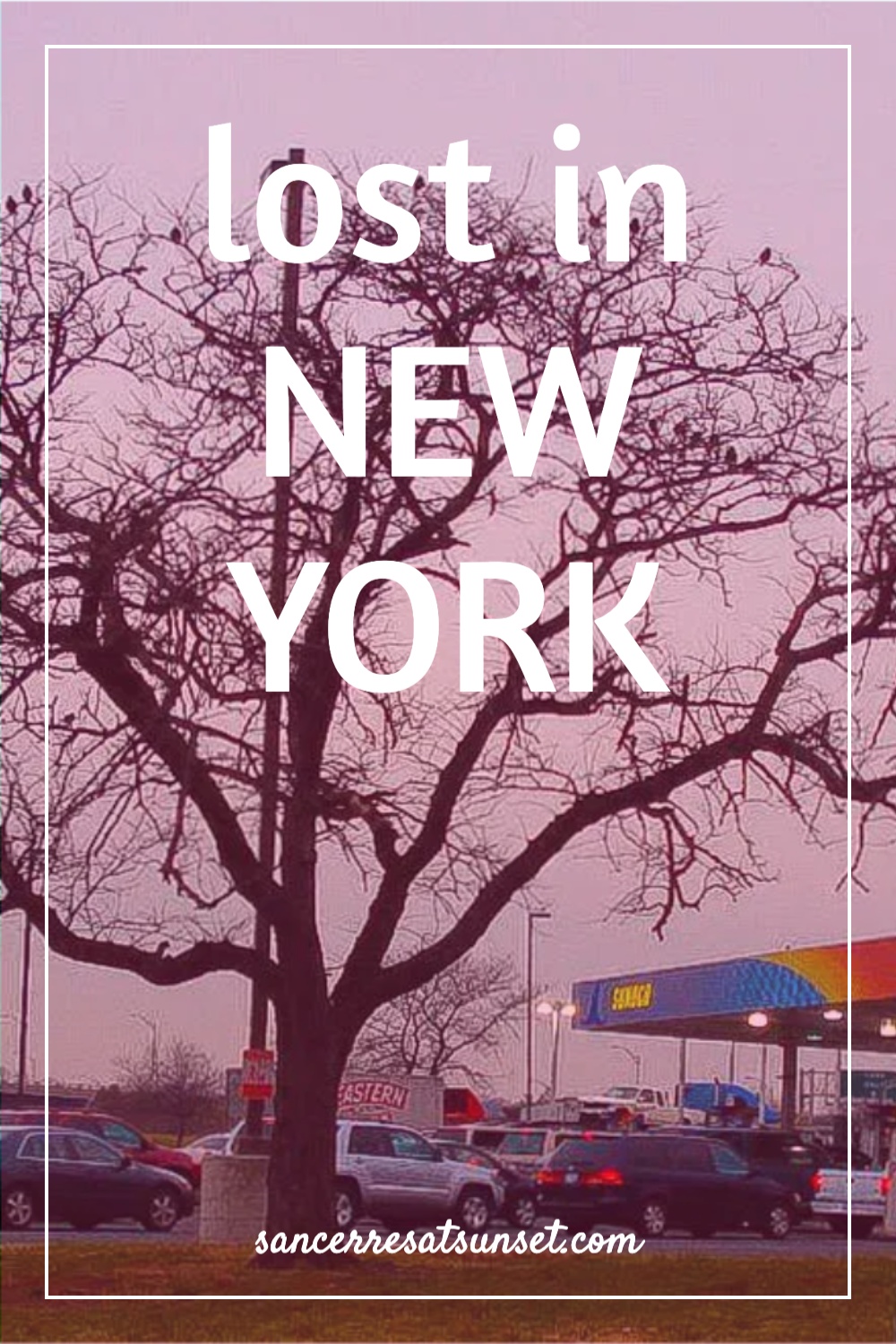 9 thoughts on “Lost in Queens. And Brooklyn. Manhattan, the Bronx, and Staten Island too.”