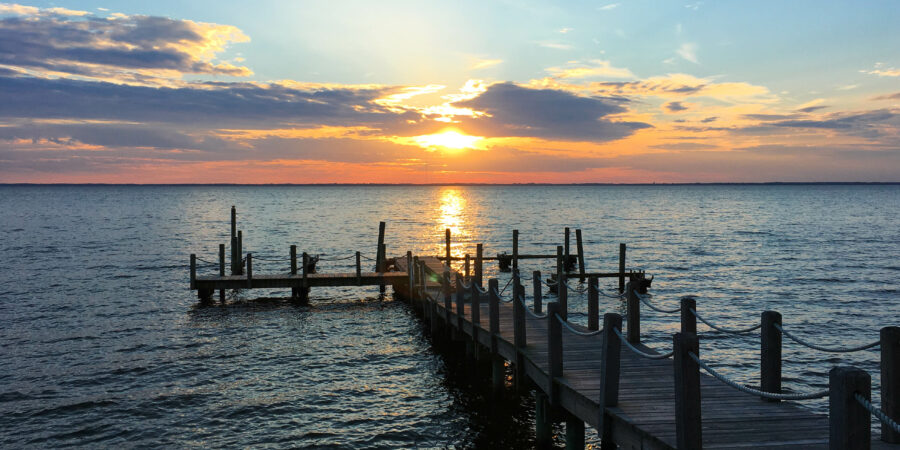 The Outer Banks are a string of barrier islands off the coast of North Carolina.  Quiet, but saturated with history, they’re a thoughtful person’s paradise, nurturing the delicious and slightly rebellious sense of surrender that comes with leaving the mainland and its expectations behind for a few days.  I’ve been on trips ranging from a shoulder-season get-away for two to a Memorial Day weekend extravaganza for two dozen.  The Outer Banks offer plenty of things to do; here are ten of the best: 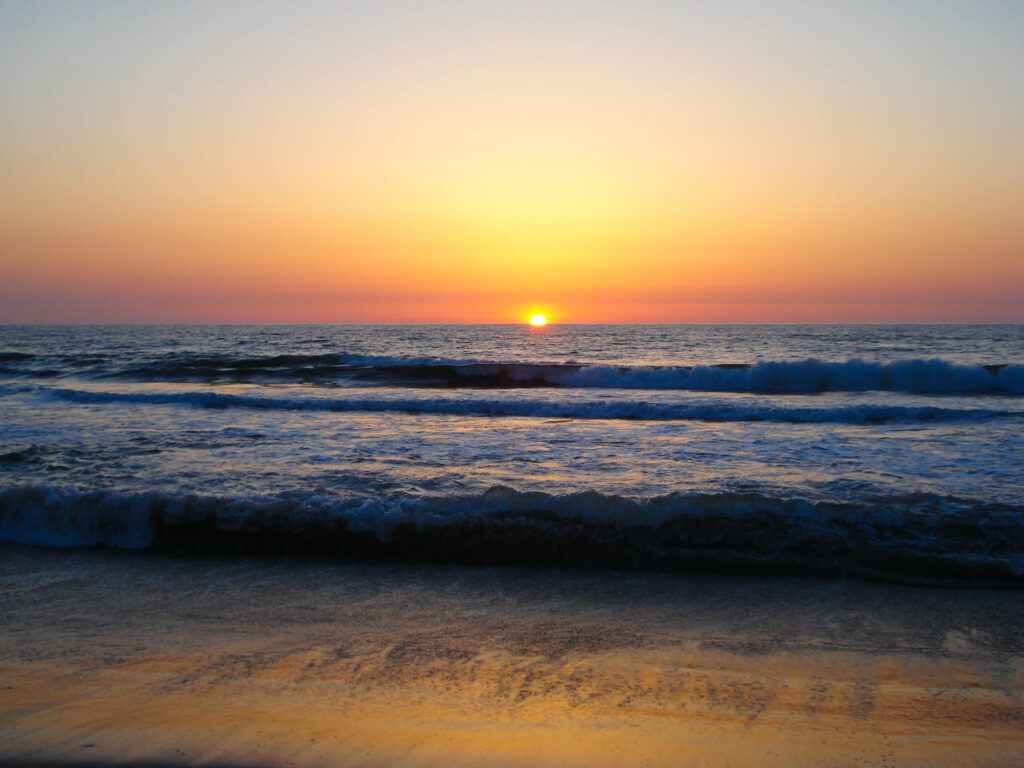 The beach is always a good idea.  And the Outer Banks beaches are usually some of the least crowded I’ve seen, even during the day.  But they’re especially beautiful to walk at sunrise. 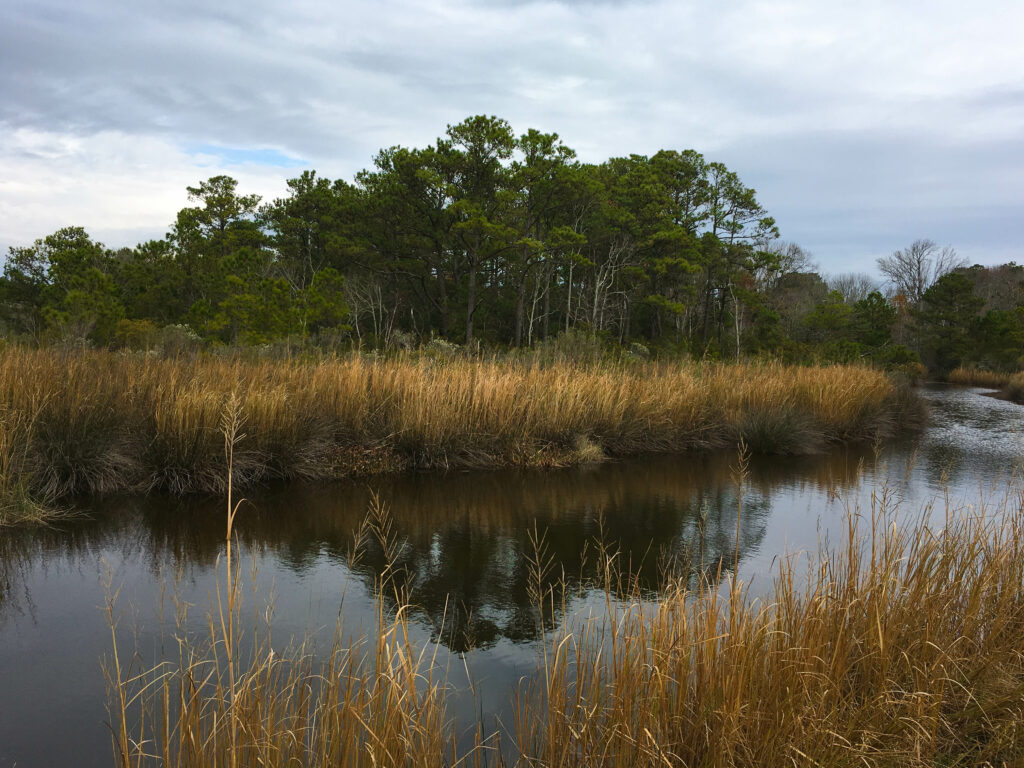 The Currituck Banks Coastal Estuarine Reserve encompasses 965 acres of natural maritime habitat.  It features two easy paths that lead to the Currituck Sound, the body of water between the Outer Banks and the mainland:  the Boardwalk and the Maritime Forest Trail.  A companion and I walked the latter.  It was beautiful, haunting, and unique. 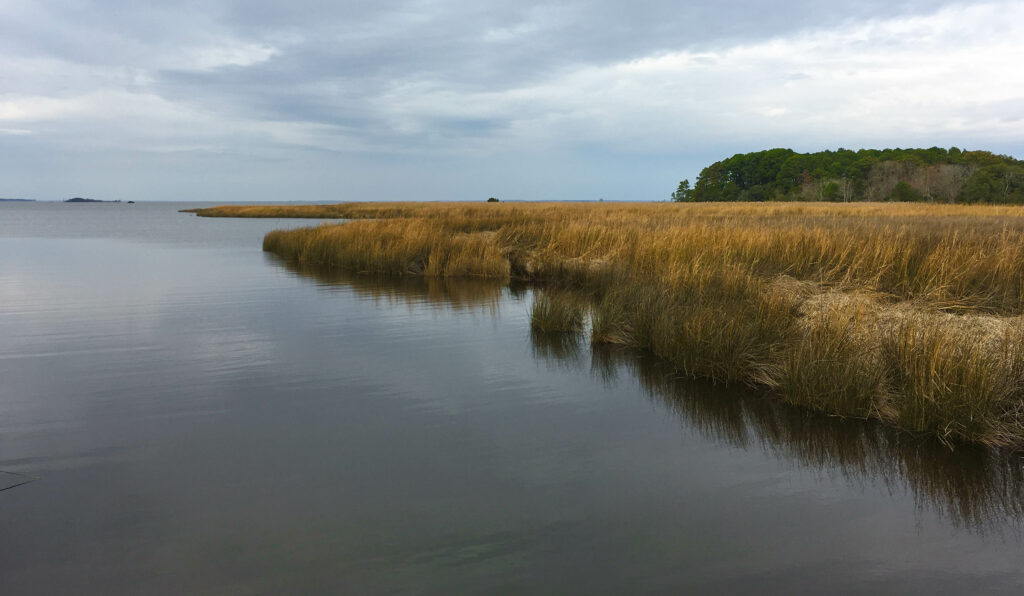 Look for the wild horses

One of the rare features of the Outer Banks is its population of feral horses.  Technically, I’ve only done the looking part–in a companion’s Jeep, which we ended up getting stuck in the sand on the beach before aborting the mission.  You might have better luck than we did, or you could sign up for a public tour.

Roanoke Island is the site of the first British settlement in North America, established by Sir Walter Raleigh.  But within a few years, all the colonists had disappeared with barely a trace.  Visitors can learn more about the “lost colony”, America’s original unsolved mystery, at the Fort Raleigh National Historic Site. 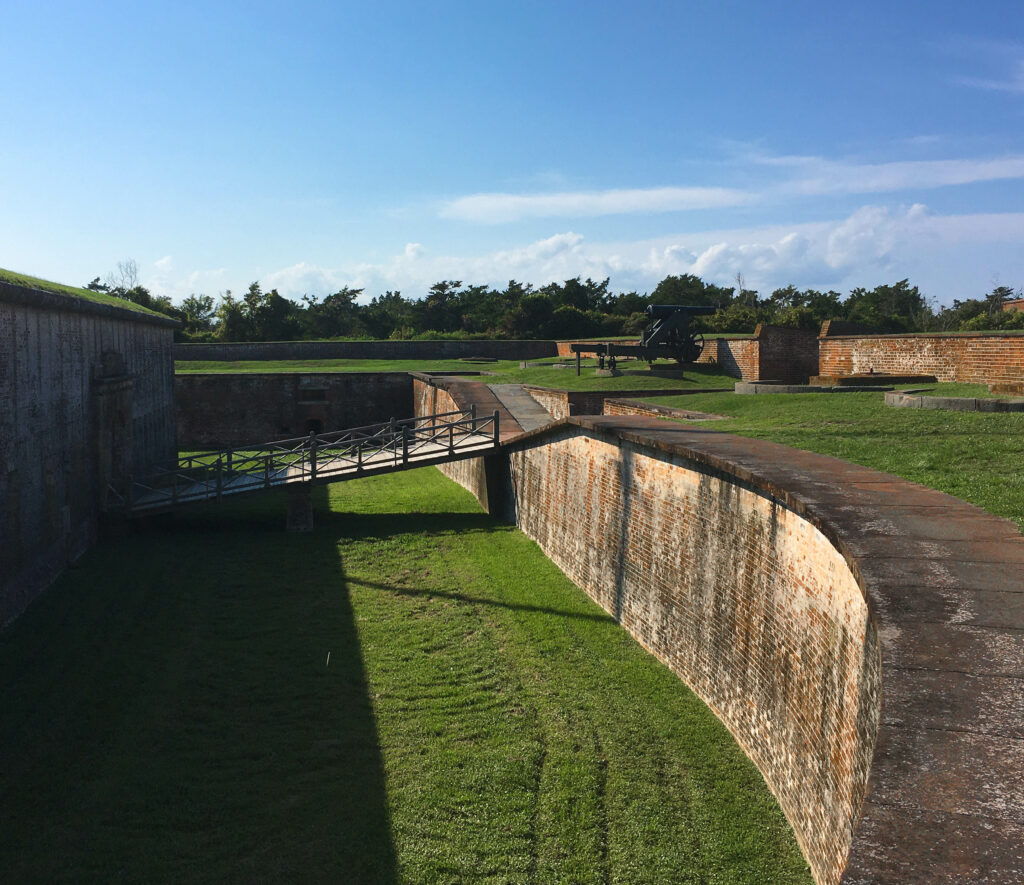 Fort Macon is a 19th-century coastal defensive structure located on the southern Outer Banks.  It’s similar to Fort Sumter.  The grounds of the Fort Macon State Park are easy and pleasant to stroll, with views of the water. 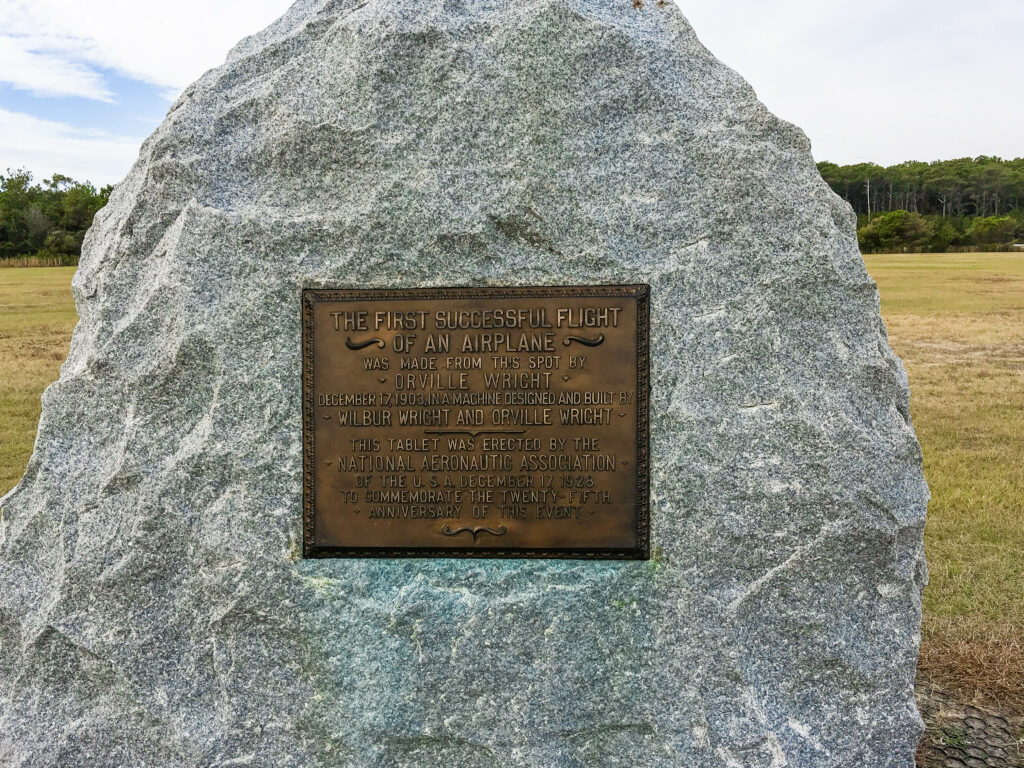 The site of Wilbur and Orville Wright’s historic first flights now features an extensive and inspiring museum, markers showing the lengths of each of the first four flights, replicas of their cabin and hangar, as well as an imposing memorial to their achievement.  Much of the terrain is flat and easy to hike, though the climb up to the Memorial is more demanding. 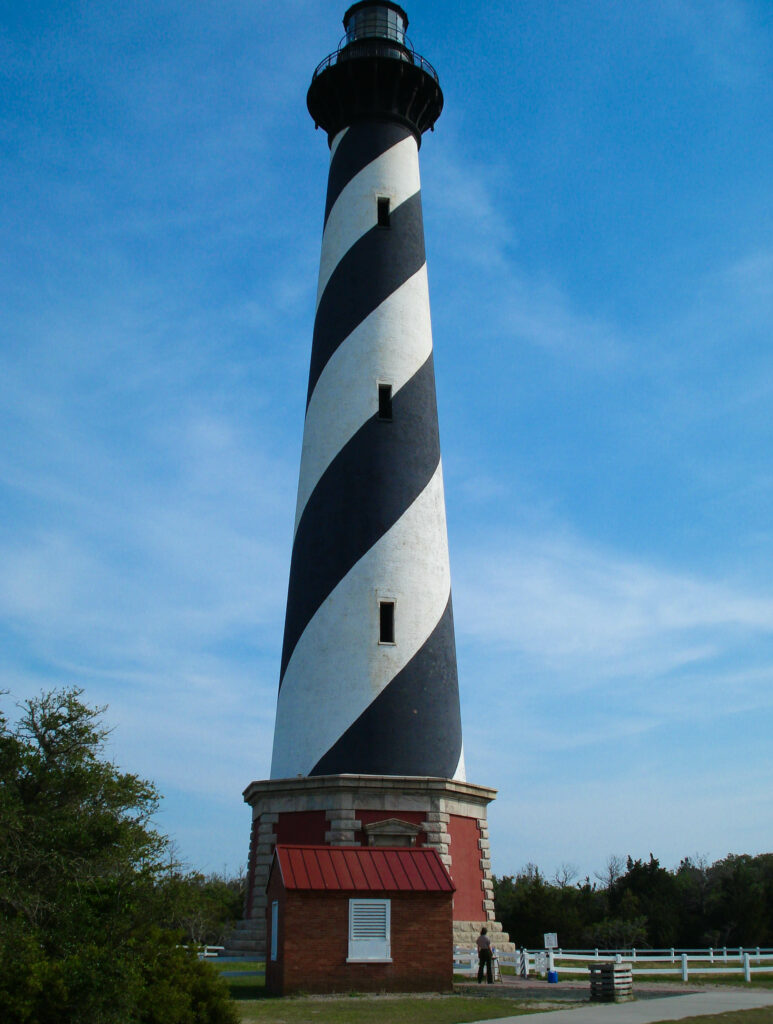 Given its hazardous location, the Outer Banks hosts several lighthouses.  I have visited the one at Cape Hatteras, a challenging climb but well worth it for the sense of satisfaction and the view of the water.

Stroll the Duck boardwalk at sunset 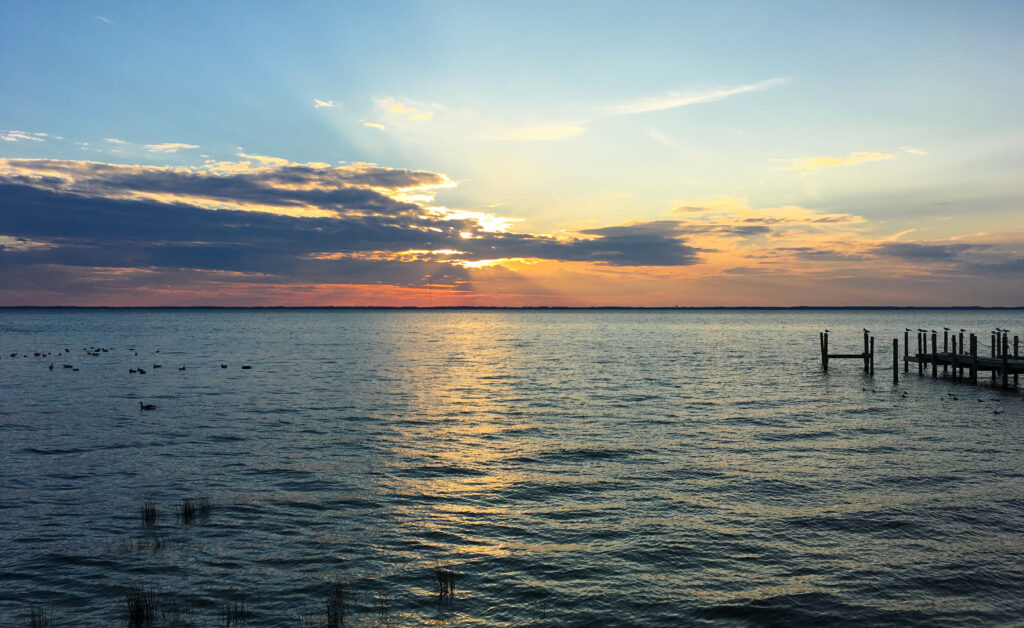 One of my favorite rare features of the Outer Banks is that it’s possible to watch both sunrise and sunset over water, thanks to the islands’ narrowness.  The East Coast is home to several fabulous boardwalks, but the extensive boardwalk in the town of Duck is special because it offers a spectacular view of the lingering sunset over the Currituck Sound, and of course lots of shops and restaurants to check out.

There are two types of must-try cuisine on the Outer Banks:  seafood and Carolina barbecue.  Fish and shellfish caught in the temperate waters off the Outer Banks cover a broad range, including mackerel, snapper, mahi-mahi, shrimp, and blue crab.  Carolina barbecue is melt-in-your-mouth deliciousness, and the hush puppies are worth the carbs. 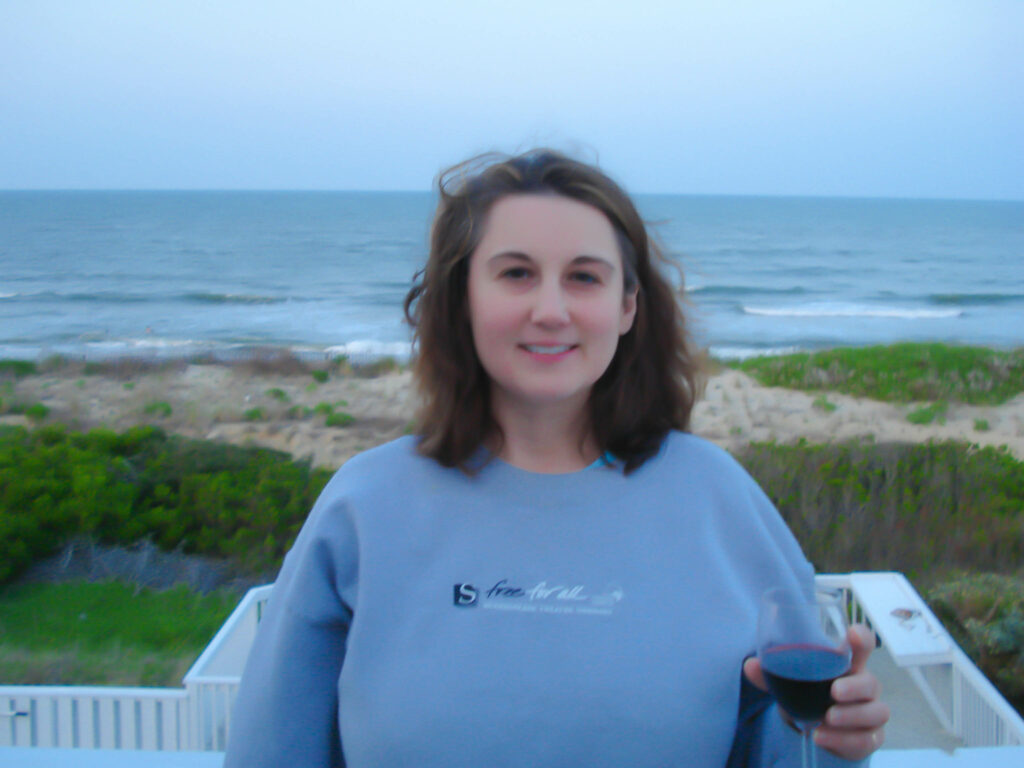 There’s no place like a quiet beach just to sit and sip, relax and read. 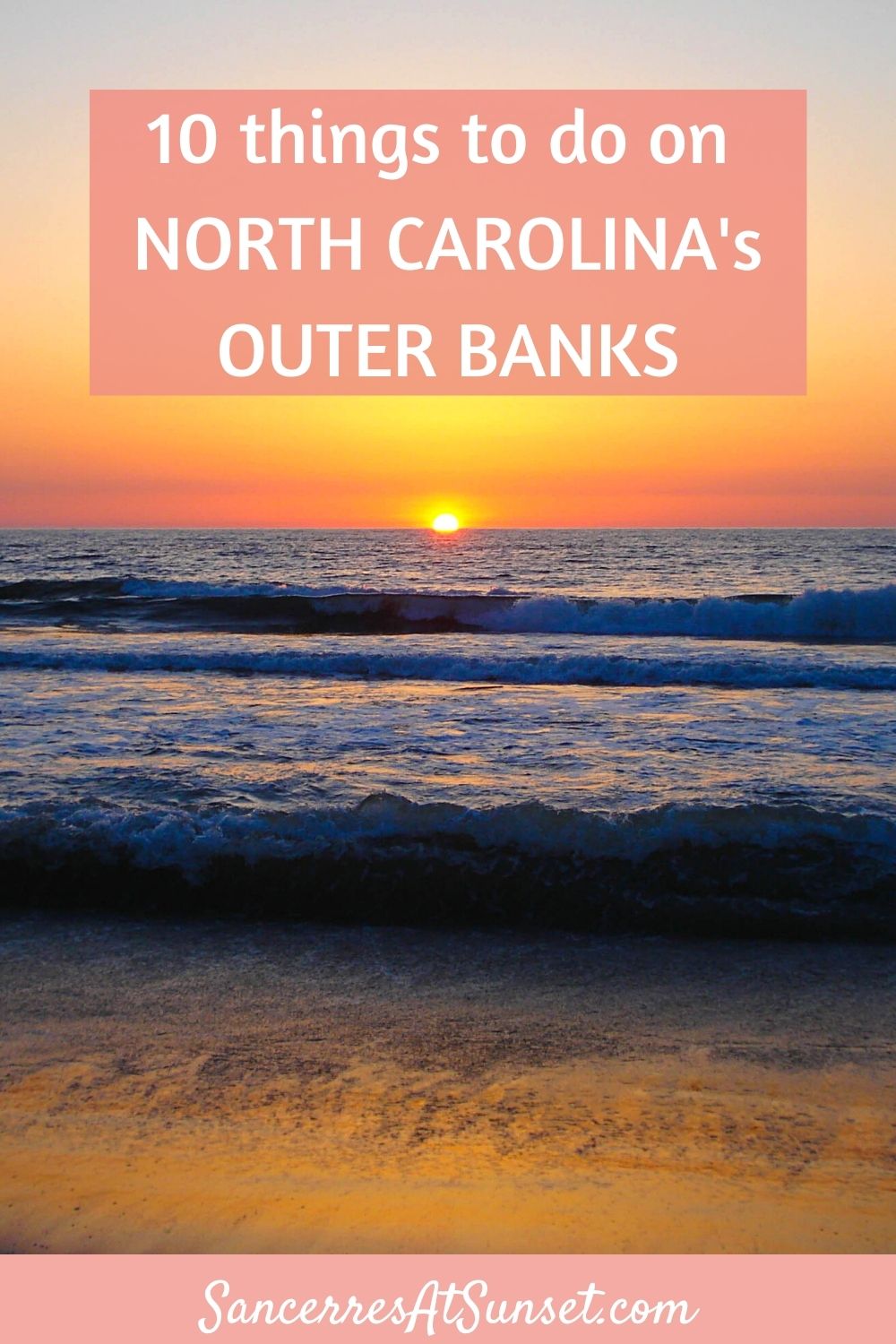