Recently, I had the chance to walk for a spell in the city of my birth–Salem, Massachusetts.

It’s an uncommon city whose spirit twists around the singular error of its life. In what has to be one of the world’s weirdest successful marketing strategies, Salem embraces her infamous past as the setting of the witch hysteria that saw 19 people hanged, one pressed, and dozens of others imprisoned. Premier among the many witch-themed tourist attractions is the Witch Museum, where life-sized figures depict the stories of 1692. There’s also the Witch House, which markets itself as the only standing structure with direct ties to the witch trials, as it was the home of Jonathan Corwin, one of the magistrates at the time. 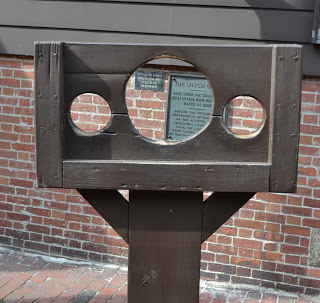 Then there’s the Witch Dungeon, which re-creates the cramped and creepy cells of the old gaol (razed in 1957) where the accused were confined, some for years. Prisoners had to pay for their own chains, and the condemned even had to cover the hangman’s fee. They also had to pay for their food, which legend says frequently included lobster–live, unpegged lobster, which the prisoner somehow had to catch, kill, and crack open in order to consume uncooked.

Fortunately, today’s seafood–like the lobster caprese salad at the Waterfront Hotel’s Regatta Pub–is far superior to the offerings of the old gaol. 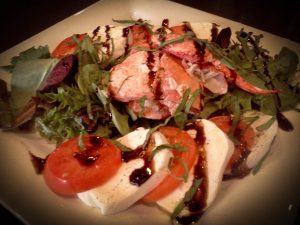 But there are wheels within wheels in the Witch City, and fires within fires, and much more than witch history and great seafood. There’s the House of Seven Gables, which inspired the gothic novel of the same name by Salem’s own Nathaniel Hawthorne. 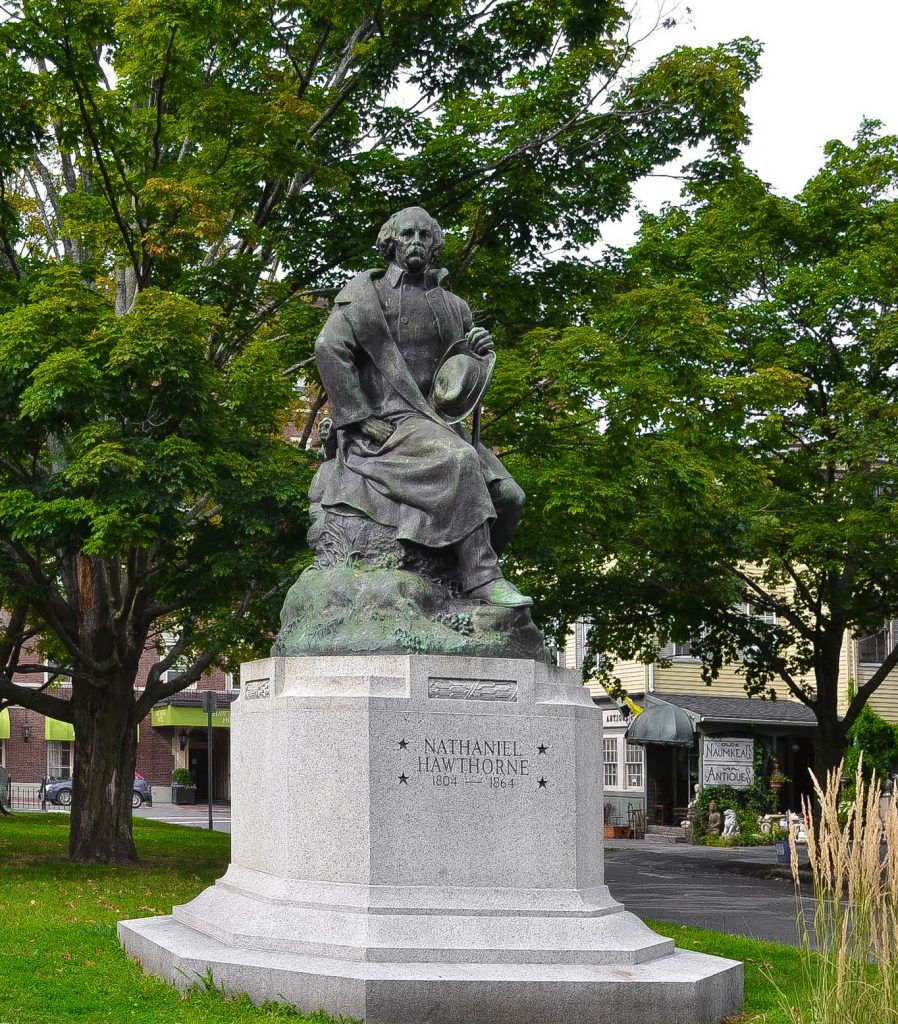 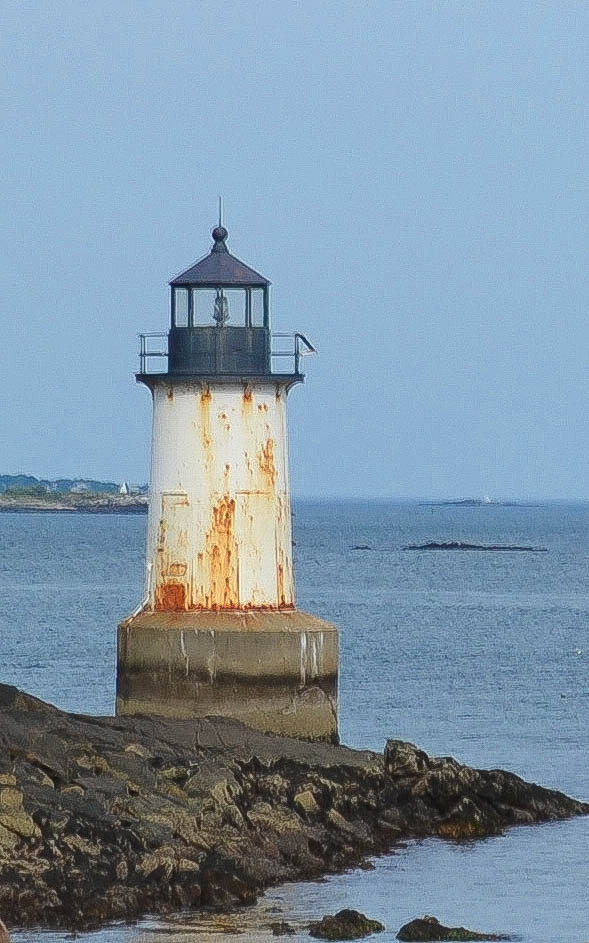 Salem’s proud past as home of one of the continent’s most lucrative ports continues to haunt the raw, earthy, sometimes decrepit coastline that nonetheless still lures those of us who love the water, though the ships and boats one sees today are more likely to be for pleasure than profit.

My own family’s connection to Salem links to an even lesser-known thread in the tapestry of the city’s history.  At the time of the Industrial Revolution, thousands of French Canadians came by train to New England in search of work in the area’s burgeoning leather and textile industries.  Salem was one of the cities where they built lives together in what were called Little Canadas, enclaves of immigrants characterized by large families, factories and mills, small businesses, and soaring Catholic churches.  They believed that maintaining their strict Catholic faith depended upon maintaining the French language and their French-Canadian culture.  They called it la survivance.

Survival wasn’t easy.  According to legend, the spirit of Giles Corey, the man who was pressed to death during the witch hysteria, appears whenever a disaster looms over the city.  He was reportedly spotted on the evening of June 24, 1914.  More empirically solid, and theologically sound, is the fact that the area had been sufferring from a long drought.  On June 25, a series of explosions took place at a leather factory in Salem’s Little Canada.  The resulting fire raged through the city, destroying houses and businesses and St. Joseph parish church.  Ten thousand people lost their jobs; 20,000 lost their homes.  Total economic damage was estimated at $15 million (in 1914 dollars).  It was one of those unthinkable, once-in-a-lifetime tragedies, like the events of September 11, that people use as markers across their lives.  Many of the survivors returned to Canada.

My family stayed.  I was born into Salem’s Little Canada.  I was baptized at the rebuilt St. Joseph church, at whose parochial school my mother had been educated, in French.  I listened to stories of the Great Salem Fire at my Mémère’s table; she remembered it, and believed that someone putting up a crucifix stopped it.

Mysticism aside, I loved hearing her stories, and eating her meals–fricassée and crêpes and beans and soups.  Food is a significant part of any culture, and New England’s Little Canadas pursued la survivance with traditional recipes as with language.  The cuisine is deeply rooted in French cooking techniques, but adapted to influences in the New World, blending naturally available ingredients, like ubiquitous maple sugar, and easily preserved items, like potatoes and salted pork, with the methods of native peoples and of immigrant Irish (the second largest ethic group) into dishes hearty enough to keep body and soul together while working long hard days during long harsh winters.

French-Canadian food reminds me of Margaret Mitchell’s description of Scarlett O’Hara:  “In her face were … sharply blended the delicate features of her mother, a Coast aristocrat of French descent, and the heavy ones of her florid Irish father.  But it was an arresting face …”

And Salem is an arresting place, one that intrigues with uniquely layered history and culture.  How many other cities link an accused witch pressed to death during a wave of Puritan hysteria with a raging fire that decimated its Catholic population more than three centuries later?

Witches and writers, seafarers and survivors, we are what we always were in Salem. 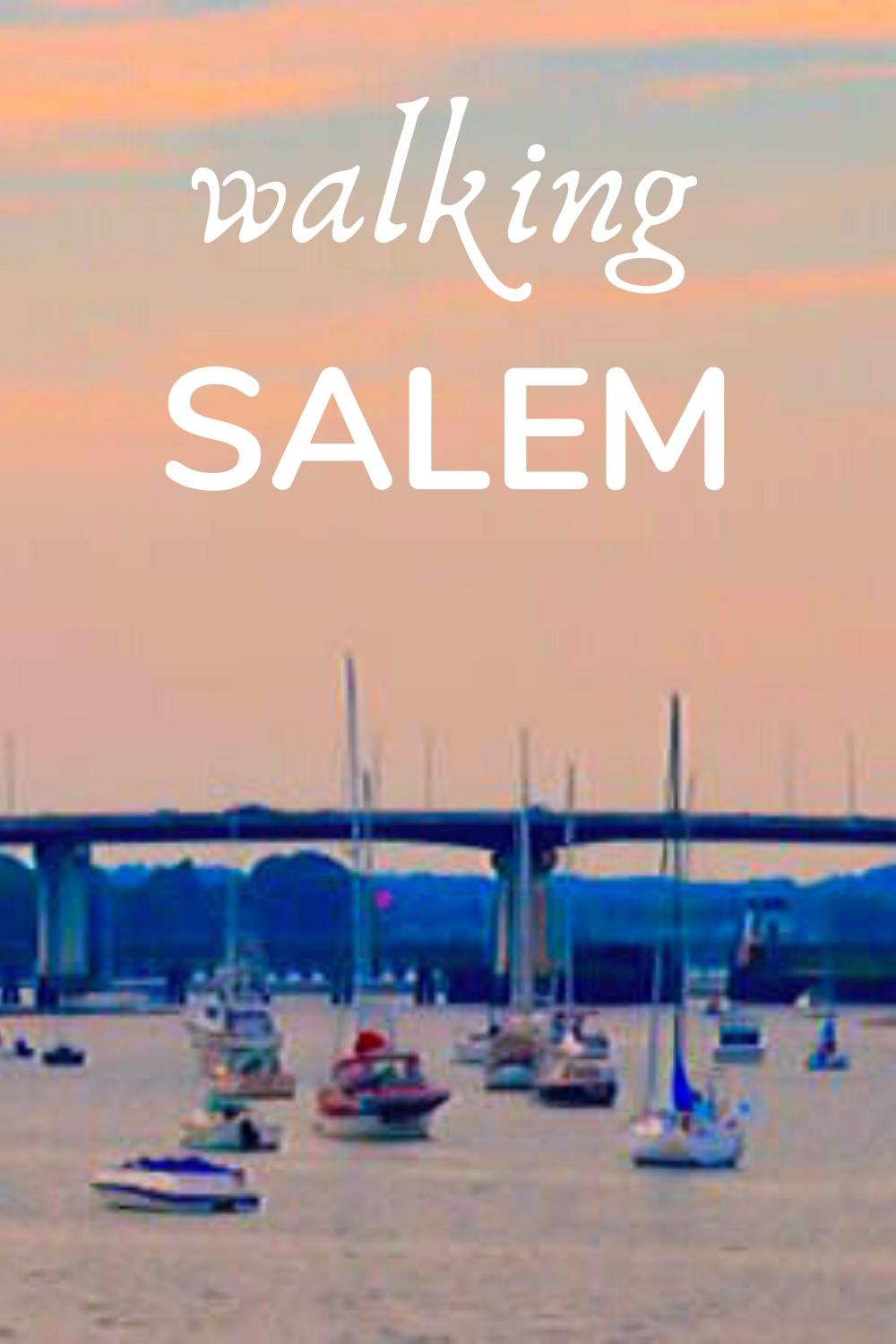