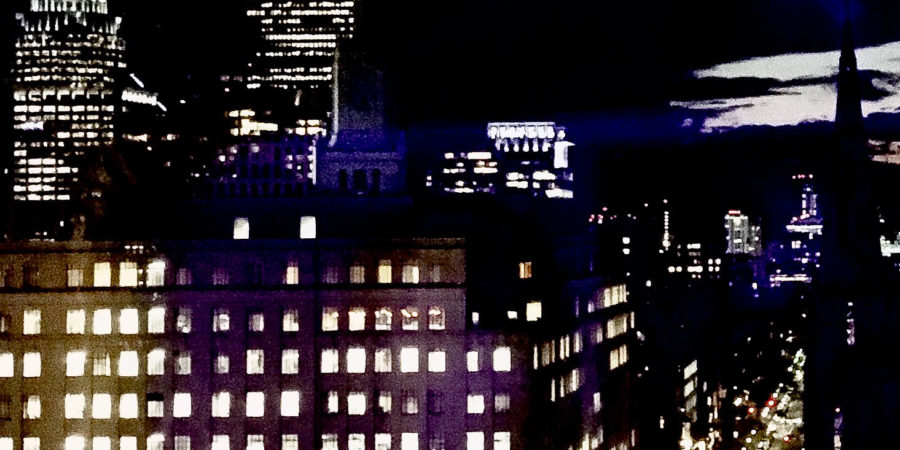 A waiter placed a flute of Pol Roger in my hand before I even stepped onto the elevator.  It was a promising sign for the coming evening at the Taj hotel in Boston.  When I reached The Roof, it was already teeming with foodies savoring hors d’oeuvres before the James Beard Foundation’s Taste America dinner. 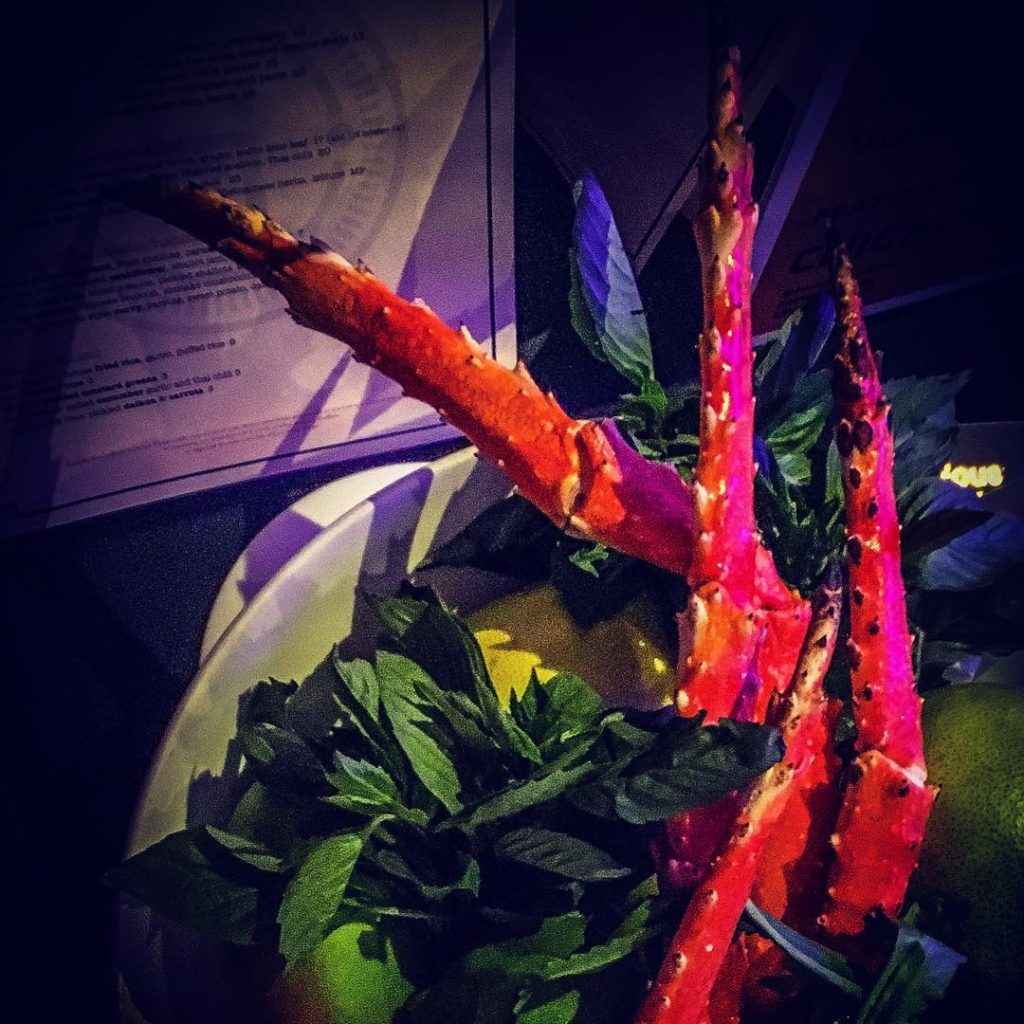 I knew I’d be seated later with Chef Thai Dang of HaiSous restaurant in Chicago, so I made a point to try his Goi Xoai > Young Mango, Marinated King Crab, Calamansi, and Vietnamese Herbs.  It was fabulous; the crab was tender, and the textured flavor was slightly sweet from the calamansi and wonderfully balanced by the herbs. 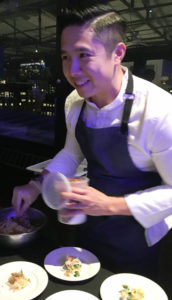 I also enjoyed the Chipotle-Braised Beef Short Ribs with its bed of Golden Beet Polenta from the Taj’s own Chef Gurminder Gidda. 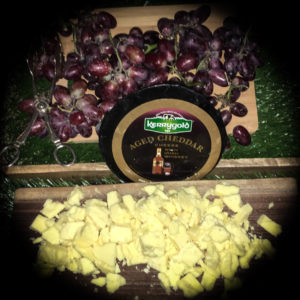 I loved the creamy Kerrygold cheddar, aged with Irish whiskey.

And I was delighted to discover a new cider, the sweet but light Somersby. 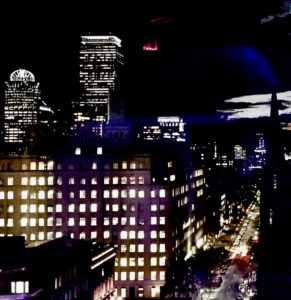 Real dinner chimes rang, like something out of Downton Abbey, and it was time to take a last look at Boston through the floor-to-ceiling windows and head down to a delightful dinner.  The Prawn Dumplings with Lemongrass, Oyster Leaf, and Nasturtium in Tom Yum Broth by Chef Karen Akunowicz of Myers + Chang was light but richly flavored.  I was looking forward to Chef Daniel Boulud’s Coq au Vin for two reasons:  1) Growing up, coq au vin was one of my favorite dishes; I used to ask my mother to make it for my birthday.  2) Shortly after Bar Boulud opened at the Mandarin Oriental, I shared a wonderful lunch there with an editor from Boston Common magazine and a representative from Sugar Beach resort in St. Lucia, and so I was looking forward to enjoying his cooking again.  It didn’t disappoint, the tender chicken matched well with the Carrot Confit, Lardons, Trumpet Royale Mushroom, and Watercress.  (I won’t say whether it was better than my mother’s.) 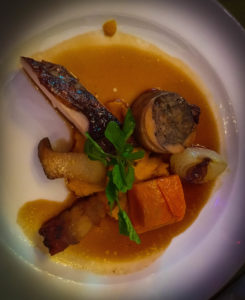 But owing to my sweet tooth and love of innovative Mediterranean cuisine, my favorite dish of the dinner was dessert:  Quince Dolma with Roasted Quince, White Chocolate Labneh, and Pistachio Kanafeh by Chef Maura Kilpatrick of Oleana.

Chef Dang and his wife Danielle Pizzutillo Dang were fun and interesting table mates.  They opened HaiSous earlier this year as their second restaurant.  They lost the first when their business partners Attila Gyulai and Komal Patel systematically cooked the books, looted accounts, and then disappeared, leaving a trail of wreckage totalling up to $1.5 million.  Despite sending a strange message to customers hinting that they welcomed invitations to “wine dinners, movie nights, gallery openings, weddings, birthdays, Oscar parties, ski trips and even camping”, the cheeky couple fled the United States and have been living large in Canada, Hungary, the Netherlands, Italy, Mexico, Ireland, and Germany, according to bank records.  Meanwhile, the Dangs have been waging court battles to rebuild their life and their dreams.  They named the new restaurant HaiSous because it means “two pennies”, all they had left to start over.

At least, that’s what I learned from Crain’s.  The young and cheerful Dangs mentioned nothing of all this, focusing firmly on the now.  They were especially excited about the coffee shop they recently opened adjacent to the restaurant.  We compared travel notes.  They raved about Japan; I said they’d love Israel.  The Chef pulled out his iPhone to type in the places I recommended for their brief stay in Boston.  I talked about how much I always enjoyed Chicago; one of my favorite places to return again and again is the Drake Hotel and its Prohibition-esque Coq d’Or bar.

Conversation lulled for the live auction.  Of the five offerings, most intriguing to me was the Nantucket Wine & Food Festival — Food & Wine Lovers’ Paradise package, featuring VIP passes to the premier Festival and three nights at The Wauwinet hotel.  But the wow package was apparently the Private Dinner with Karen Akunowicz–a dinner for ten in your own home catered by Chef Akunowicz.  As emcee Jenny Johnson led the bidding above $14,000, the chef brandished a magnum of Pol Roger and doubled the offer:  She’d provide two dinners.  The package sold for $15,500.  A lot of money for dinner.  But if it’s as much fun as Taste America, it might be worth it. 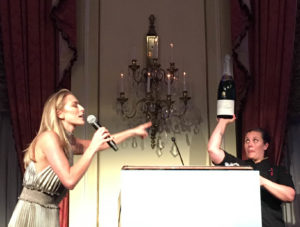 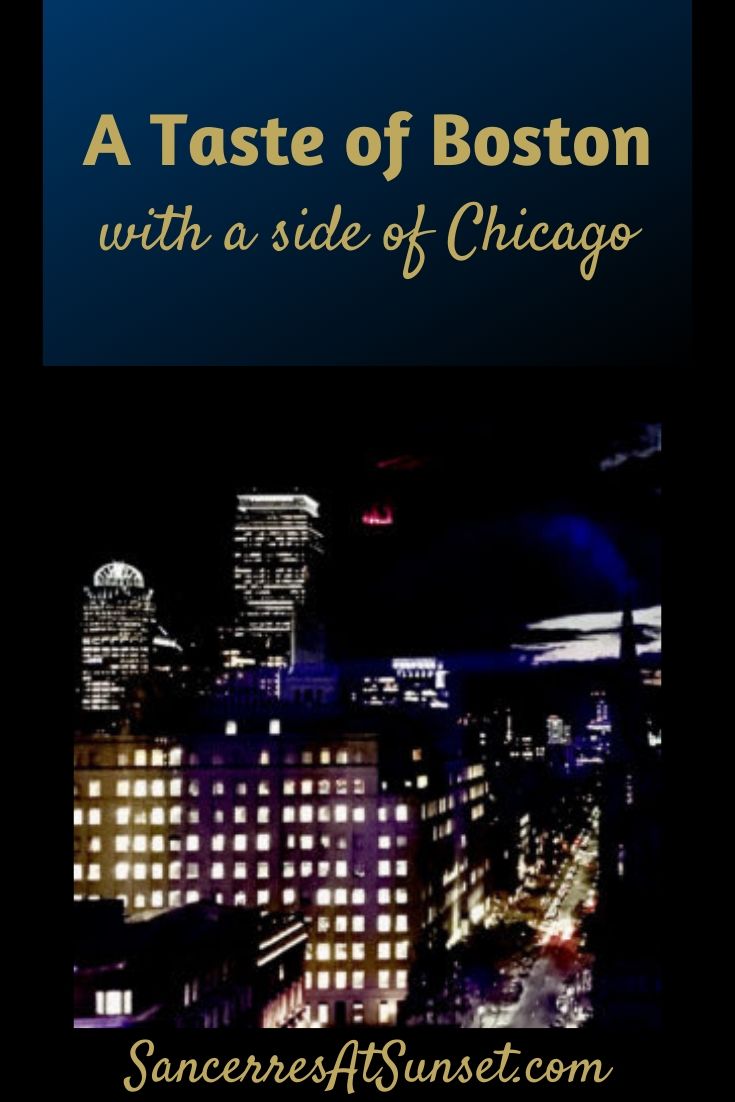 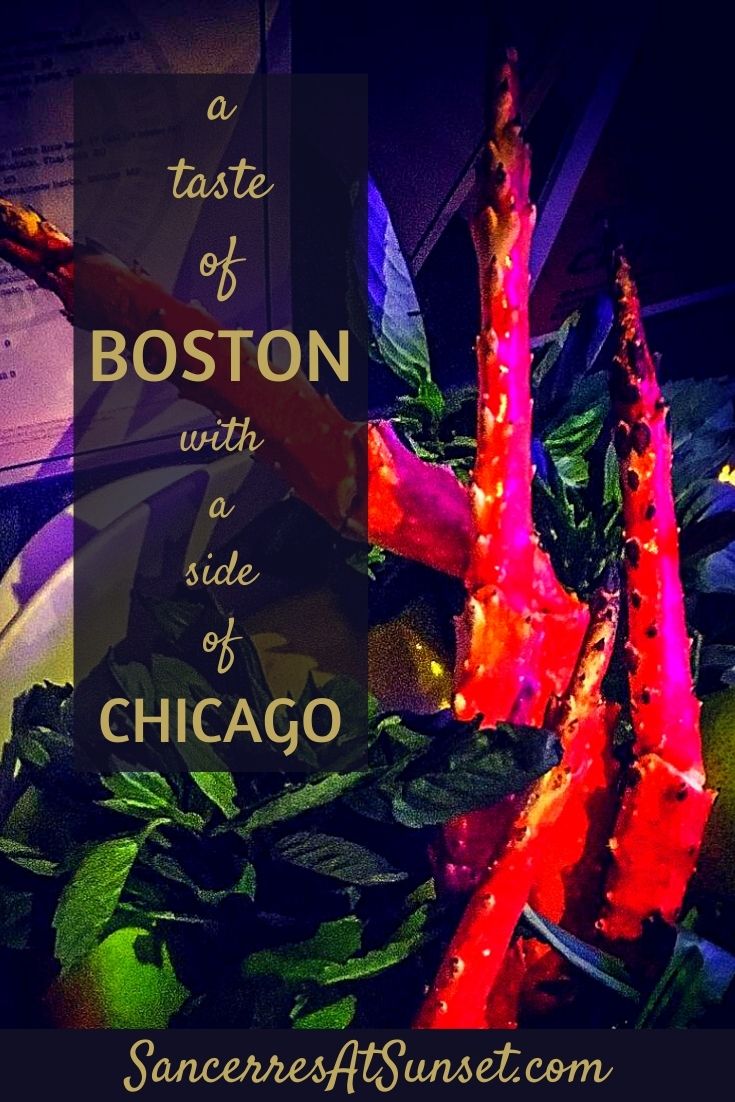 25 thoughts on “A Taste of Boston, with a Side of Chicago”