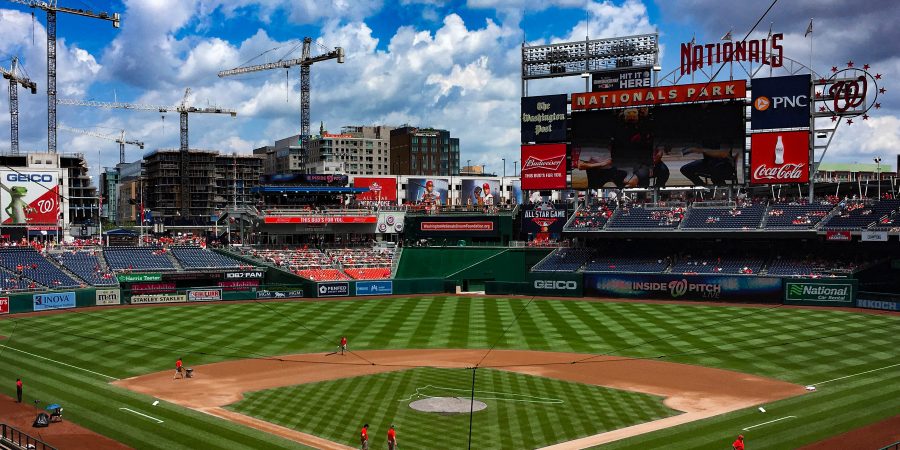 Nationals Park is a modern baseball stadium that’s clean and comfortable by sports-venue standards, with nice views of the Washington monuments from various vantages.  Here’s what I’ve learned during the decade that the Park’s been open:

Where to sit at Nationals Park

I’ve sat on every level, and there’s never an obstructed view or a bad seat.  So it’s really a matter of your preference.  Personally, I like the Club Level MVP seats (Sections 212-216).  They’re right behind home plate and come with preferential parking options, in-seat wait service, and access to the carpeted and climate-controlled lounge area, with its comfy couches, real bars, and ladies’ rooms that don’t run out of TP by the ninth inning.

How to get to Nationals Park

You have three basic options:  Metro, drive, or ride-share.  The Navy Yard-Ballpark (sic) Metrorail station is a short walk from the stadium.  A lot of people rely on Washington’s well-known subway system.  I used to be one of them.  When I came carless to college from a small bedroom town without a mayor, much less a Metro, I thought it was great.  When I first worked in downtown D.C., I thought it was convenient.  But about ten years before Nats Park opened, Metro started having a lot of safety issues; I stopped riding and haven’t looked back.  And the safety issues haven’t been resolved.

Up until a year or so ago, I used to drive to Nats Park.  There is plenty of parking at and around the stadium at various price points.  But D.C. traffic is one of the many things I don’t miss about commuting and don’t want to fight when I’m supposed to be having fun.

So, my recommendation is Lyft.  Yes, you’re still in traffic, but someone else is driving. 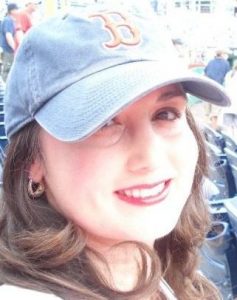 What to wear to Nationals Park

Team garb, naturally.  But keep in mind:  Washington in the summertime is very hot.  And very, very humid.  While the heat goes down a little in the evenings, the humidity doesn’t.  I strongly recommend loose, light-colored cotton and comfortable shoes.  Also, like most humid places, Washington often sees sudden rainstorms.  If it looks at all iffy, consider carrying a light-weight wind-breaker.  You’re allowed to bring a small collapsable umbrella if you wish.

What to eat at Nationals Park

You’re also allowed to bring one factory-sealed water bottle per person and food “contained in single[-]serving bags within a soft-sided container or cooler that does not exceed 16″x16″x8″.”  But except for the water, I wouldn’t bother, because there are so many good concession options.  I like the roast beef sandwich at the club level’s Capitol Carvery at Section 214.  But the classic choice is Ben’s Chili Bowl, which has locations at Sections 109, 140, 301, and 315.  Since opening its first location on U Street in 1958, Ben’s has become a D.C. landmark known for its support of the city and its half-smoke–a quarter pound of sausage that’s half pork and half beef served on a steamed bun.  In 2008, the year the Park opened, I attended a San Diego Padres game on an uncommonly chilly night in September, after both teams had already been eliminated from play-off possibilities.  The game went 14 innings.  Around the 11th or 12th, more cold than hungry, my companion and I struck out in search of hot food–and Ben’s gave us chili fries for free just to thank us for staying to support a young home team that had yet to find its footing.  Then the Padres scored five runs in the top of the 14th; we sang Take Me Out to the Ballgame the second time around (though we were starting to care if we ever got back), and the Nats scored nothing in the bottom.

What not to miss at Nationals Park

There are a couple of unique events each game.  The Salute to Service honors military members attending the game with their families.  They’re given premium tickets through military hospitals and support organizations, and many are still rehabilitating from service-related injury.  They receive a Park-wide standing ovation in the third inning.

The Presidents Race takes place in the fourth inning.  Runners sporting giant foam caricature heads representing the four former Presidents depicted on Mount Rushmore race from right field to home plate.  If you see Teddy Roosevelt win, you’ve witnessed a truly rare event.  Abe Lincoln comes in first almost every time I’m there.  I’m happy to see the honorable George Washington win, but brilliant Tom Jefferson will always be my hero.  You can have your picture snapped for free with your hero at the top of Section 131 right after the race.

Where to go after the game

If you’re on the club level, you don’t have to go anywhere.  Not only do the bars continue serving after the seventh inning, but they also remain open for one hour after the final out.  But they do mean one hour.  A year or so ago, my friends and I attended a game that ended at 10:19.  We stopped for a couple of drinks after at one of the club-level bars.  Not only were we promptly cut off at 11:19, but we were even walked to the gates by security officers, one of whom radioed, “We are escorting the last four individuals from the Park.”  So we didn’t just close down a bar; we closed down a ballpark, and crossed off an item we didn’t even know was on our bucket lists.

Another fun place to go is Top of the Yard, a roof-top bar at the Hampton Inn at 1265 First Street SE, where you can continue consuming pricy drinks and snacks with sensational views of the city.  During the day, the sparse stools at the bar are the prime shady spots.  After sundown, there are lots of comfy lounge areas good for lingering.  But I’ve never closed the place down. 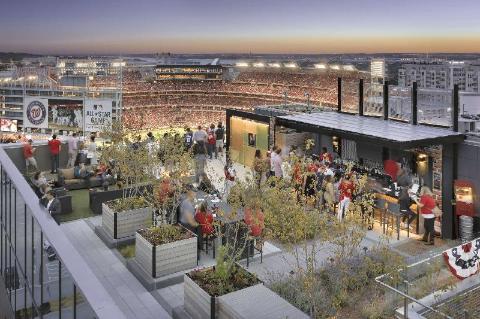 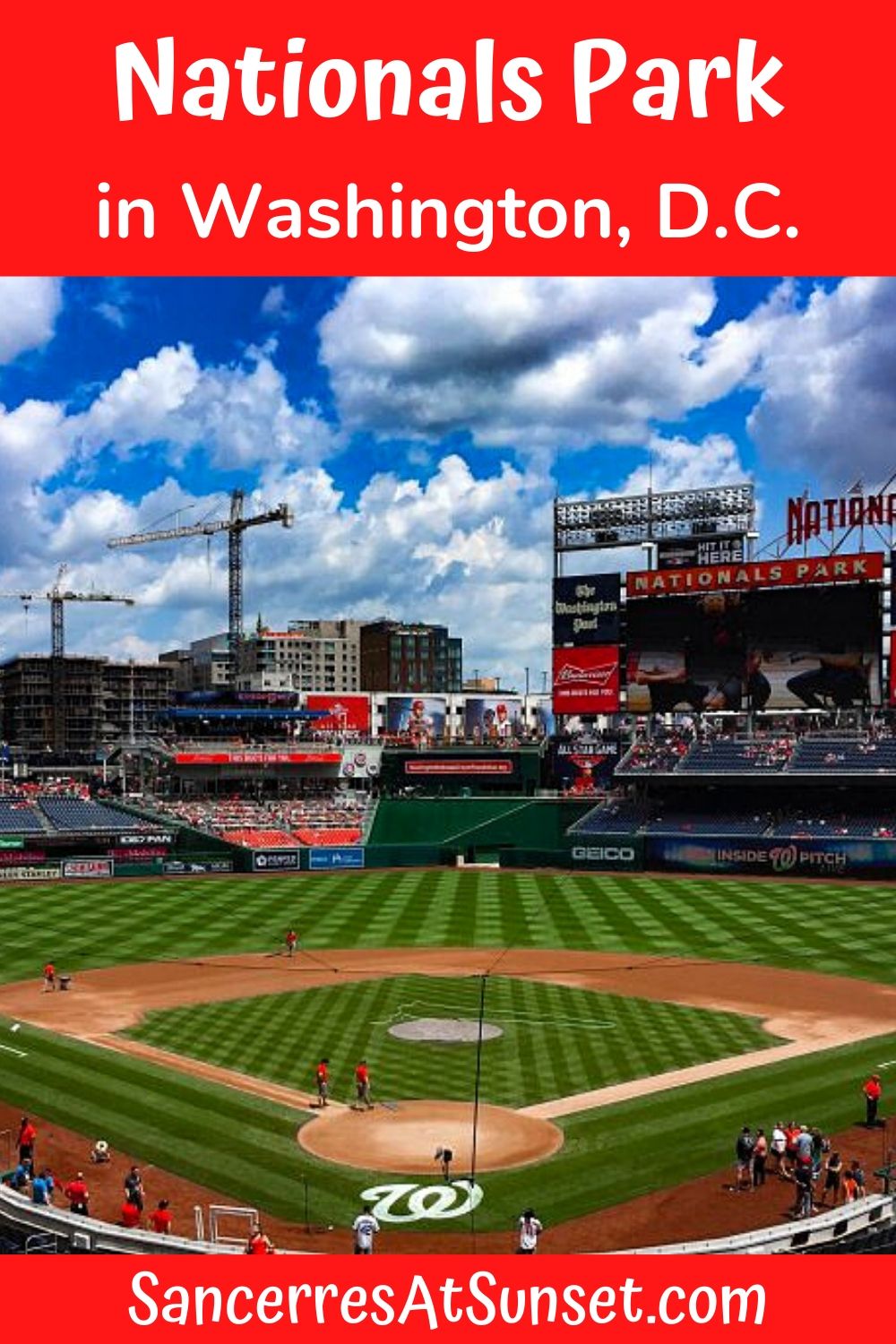 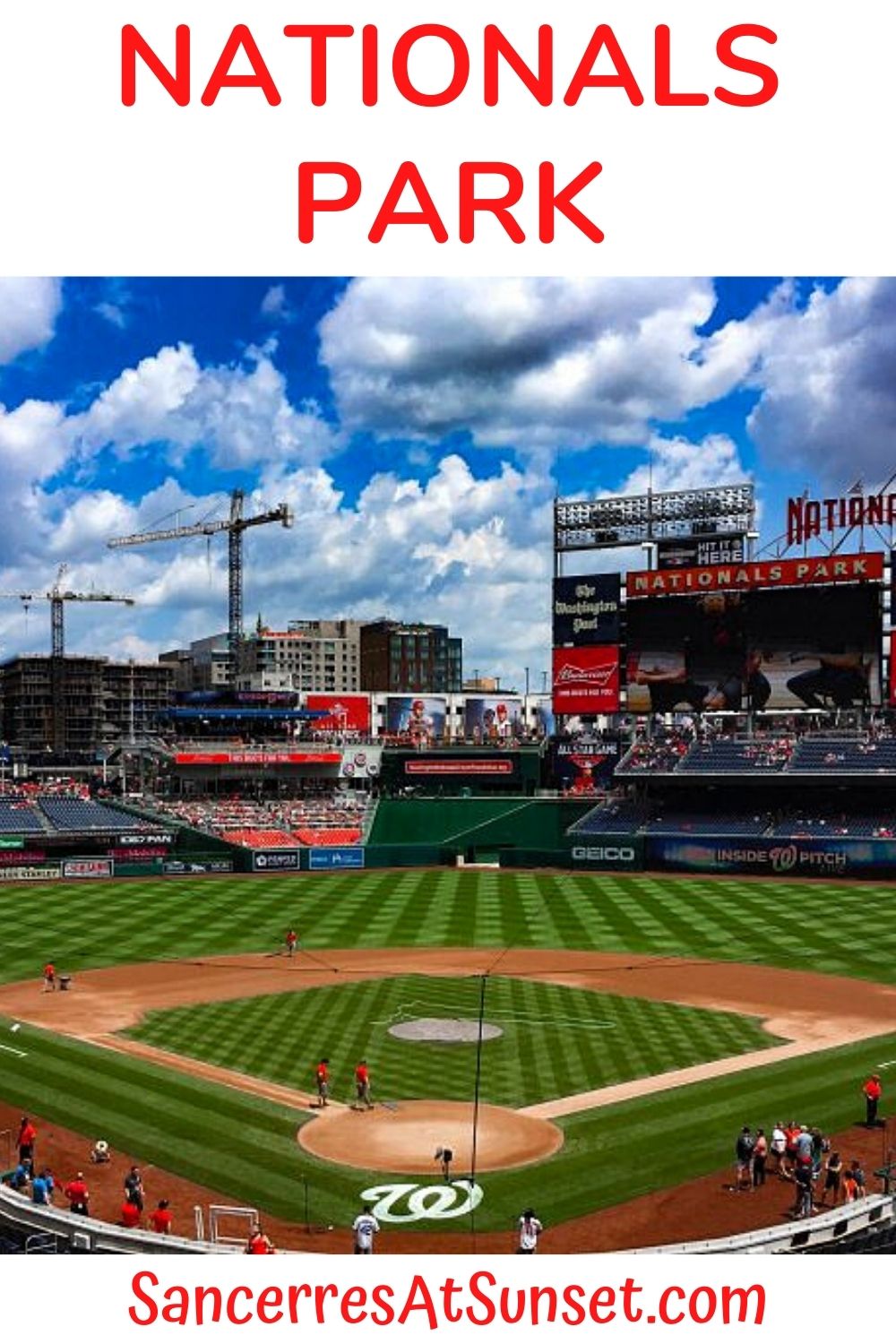 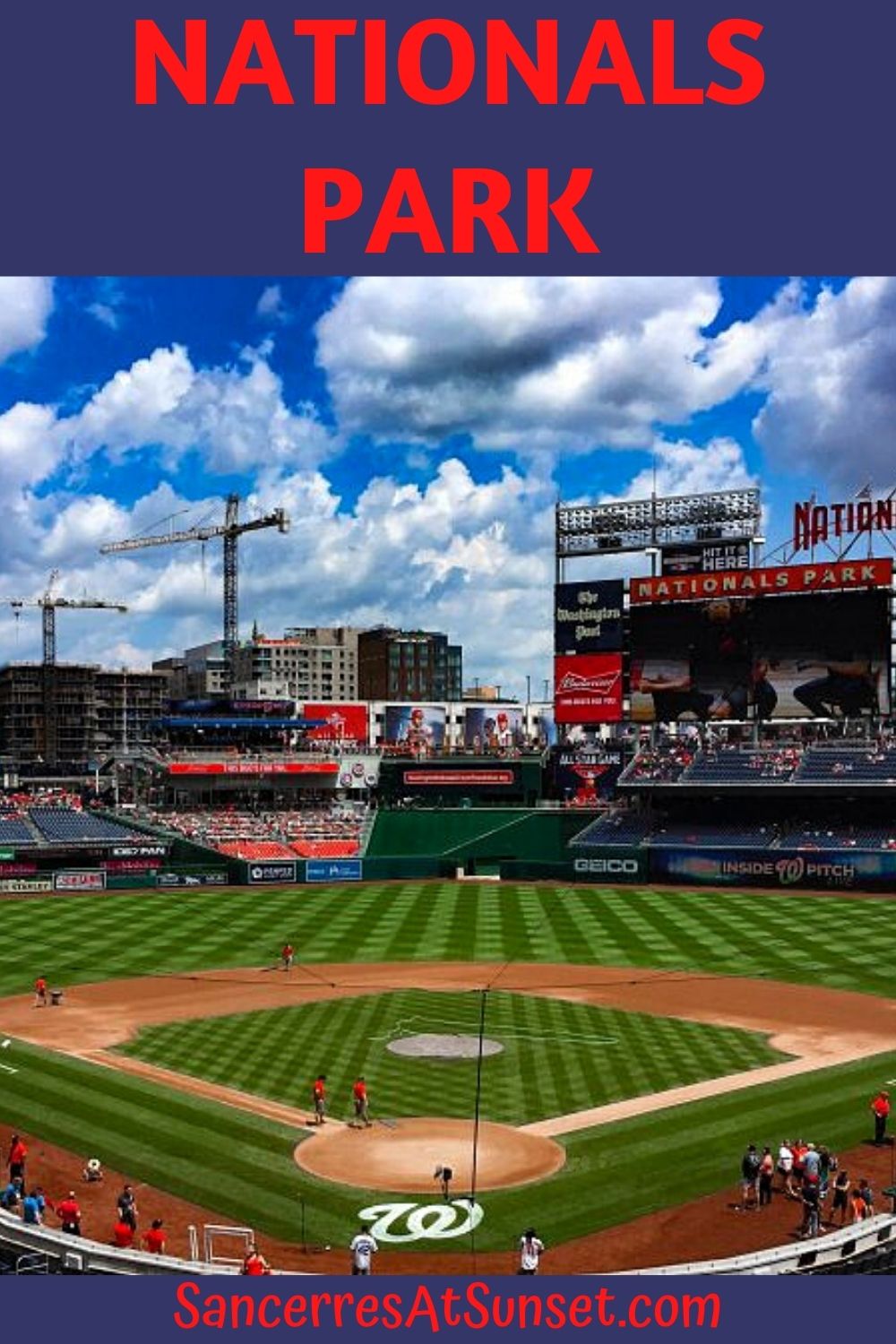 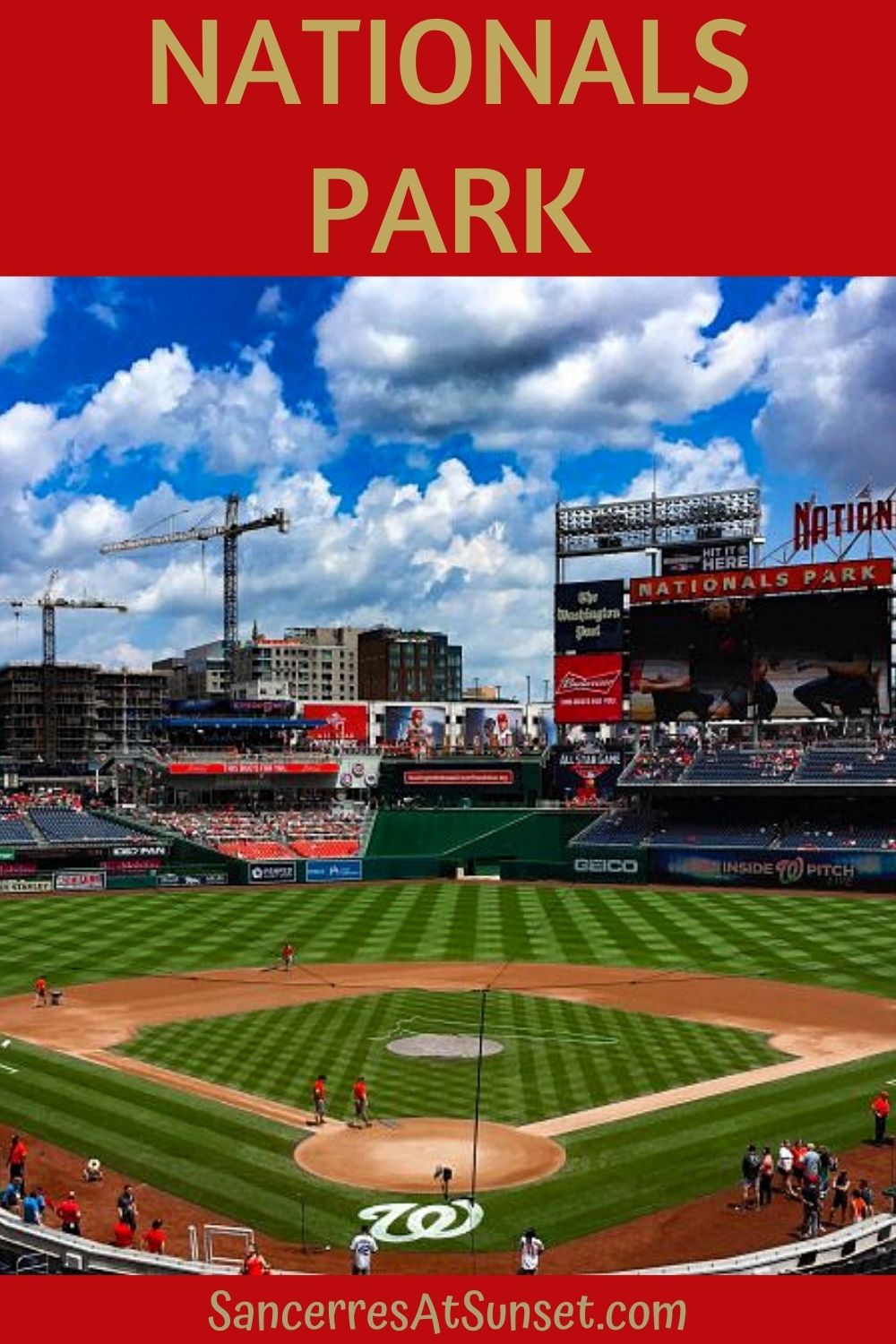 1 thought on “Tips for Visiting Nationals Park in Washington, D.C.”