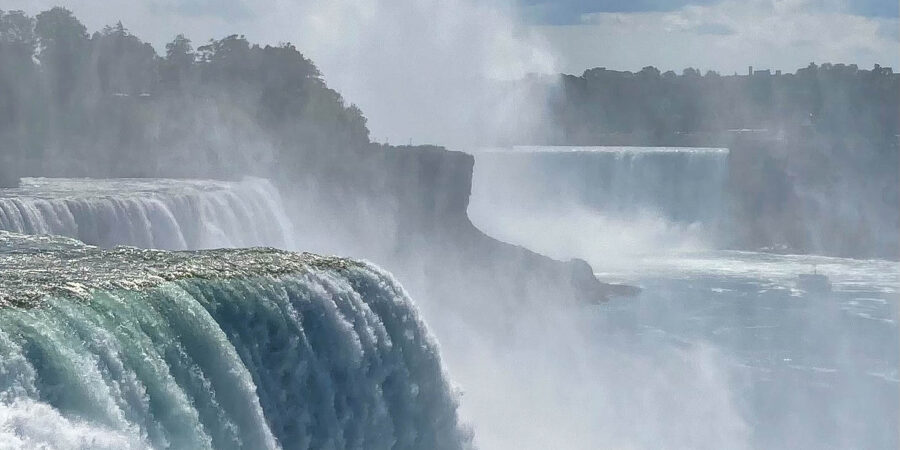 Have you ever wondered why the spray of rushing water on your face feels so good?  It might be the negative ions.  Yes, really.

Splashing water generates these negatively charged molecules that float in the air.  There’s some solid research–and a lot of anecdote and hypothesis–that says negative ions can have a positive effect on our minds and bodies.  Benefits range from boosting metabolism to reducing depression.

Niagara Falls are the most powerful waterfalls in North America.  And that means they create a lot of negative ions.  So if these two years to flatten the curve have pushed your weight up and your mood down, you now have a solid reason to go see the famous Falls.

Founded in 1885, Niagara Falls State Park is the oldest state park in the United States.  It boasts plenty of things to explore:  hiking trails, a site-seeing trolley, even its own kind of quaint main street–Old Falls Street USA.  You could easily spend a day or two.

But if you just want a good look at the Falls, you have three angles to choose from Prospect Point, the prime viewing area near the Visitor Center:

1) Niagara Falls from above

The Niagara Falls Observation Tower is a platform that extends out over Niagara Gorge, the canyon at the base of the Falls.  From here you can enjoy unobstructed panoramic views of the Falls.

2) Niagara Falls from below

From the Observation Tower, you can take an elevator 175 feet down into Niagara Gorge.  From there, you can follow a path and hike up stairs that take you close to the American Falls.

You can also take a 20-minute boat tour.  The Maid of the Mist offers rides on double-decker vessels through the waters at the foot of the Falls.  Founded in 1846, the Maid has sailed travellers like Diana, Princess of Wales, and her two boys.

3) Niagara Falls from across

There’s a long railed viewing spot at Prospect Point.  From here you can look straight across at the water rushing from the Niagara River and down the Falls.  This option is free.

How to Get to Niagara Falls

Niagara Falls State Park is very popular, with more than 8 million people visiting annually.  There are no fees to enter, though there are costs for many of the activities.

Getting there requires some forethought.  Here are some options:

1) Stay at a close-by hotel and walk from there.

3) Take the Discover Niagara Shuttle, which has 17 pick-up/drop-off sites in the area, including Old Fort Niagara and Niagara Falls State Park.

There are four parking lots inside the Park, including one at Prospect Point.  There are also several city lots within close walking distance to the Park.

I had a minor adventure finding parking on a crowded summer afternoon.  I’d spent so long at Old Fort Niagara that I didn’t arrive at Niagara Falls State Park until after 3:00, and there was a line of cars trying to find parking.  But there are a handful of small lots off the Niagara Scenic Parkway, the main road that leads into the Park.  I found an open space about two miles from the Falls.  From there, I walked the lovely Niagara Scenic Parkway Trail alongside the Niagara River, hearing the roar of the Falls grow louder the closer I got.  I logged a lot of steps on my fitbit that day, and the negative ions were worth it. 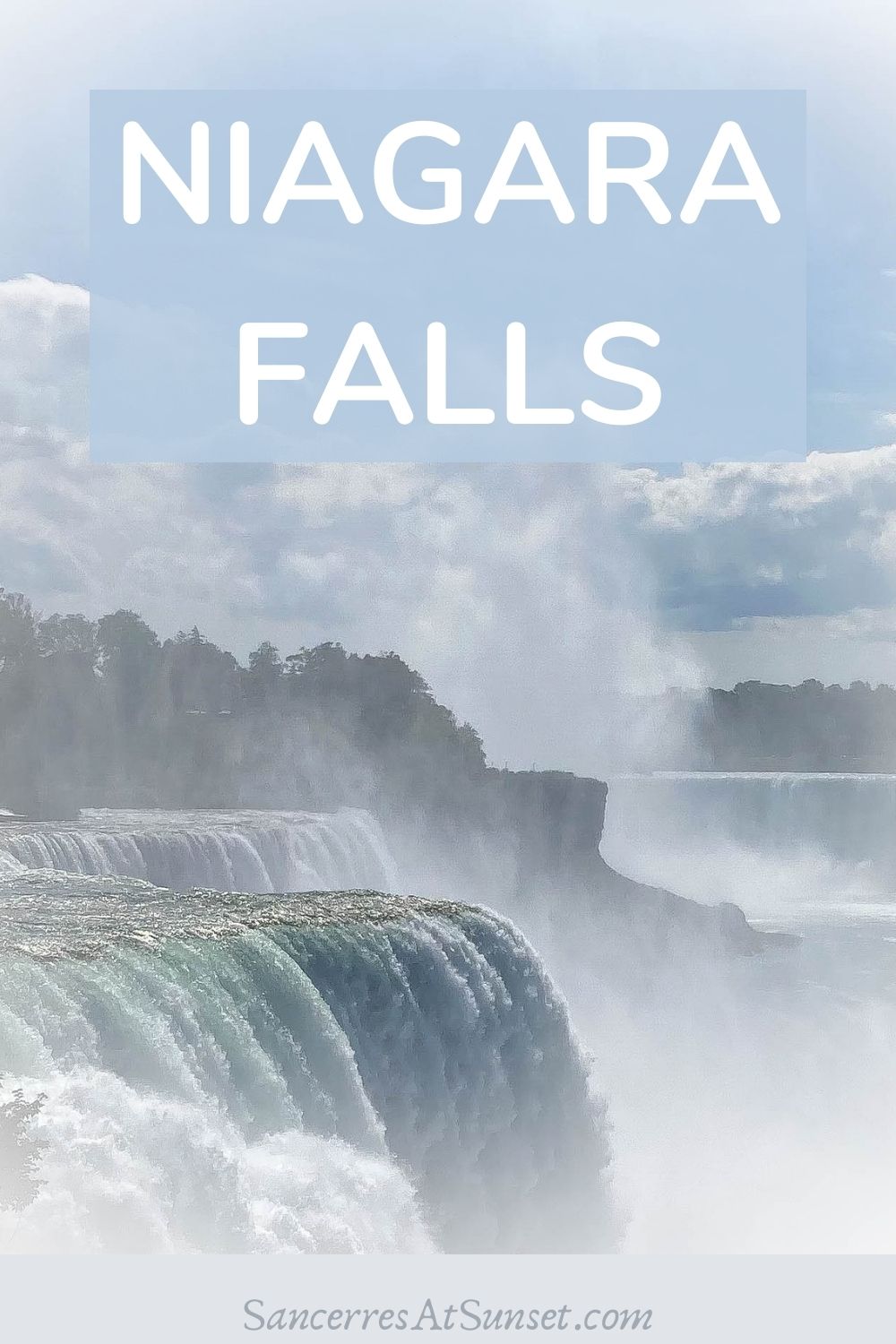