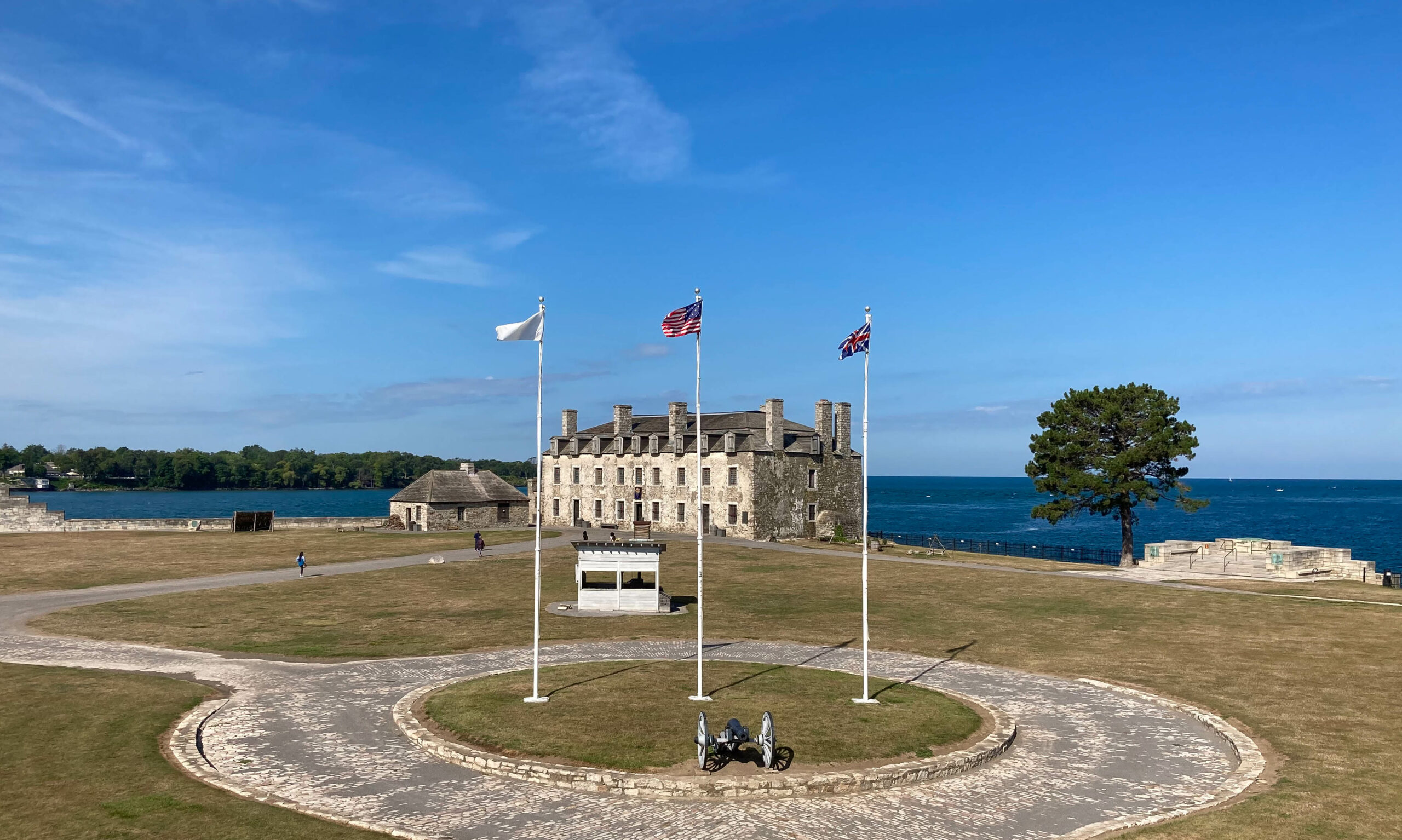 Four months after the War of 1812 began, British troops at Fort George, located on the west bank of the Niagara River, opened cannon fire on U.S.-held Fort Niagara, on the east bank in New York.

The Americans fired back with hot-shot–cannonballs heated until they glowed red, intended to set fire to the British buildings.  It was a risky tactic.  Red-hot cannonballs could cause gunpowder to explode prematurely.  One man was killed, and five wounded, loading hot-shot during the November 21 battle.

Carrying the hot-shot from the furnace to the rooftop cannon was Betsy Doyle, apparently either a nurse or a laundress at Fort Niagara.  Her husband Andrew, a private in the American army, had been stationed there.  But the British had captured him a month earlier during an expedition across the Niagara River.  And because he was born in Canada, they considered him to be a traitor.  They shipped him off to England, and locked him up in Dartmoor Prison.

The Americans held off the British attack, thanks in no small measure to Betsy Doyle, also known as Fanny.  Fort Niagara’s commander Lt. Colonel George McFeeley commended her “fortitude equal to the Maid of Orleans”, better known as Joan of Arc.

Perhaps the American officer’s surroundings inspired his comparison.  The six-pound cannon that Mrs. Doyle supplied with hot-shot sat on the roof of the French Castle. 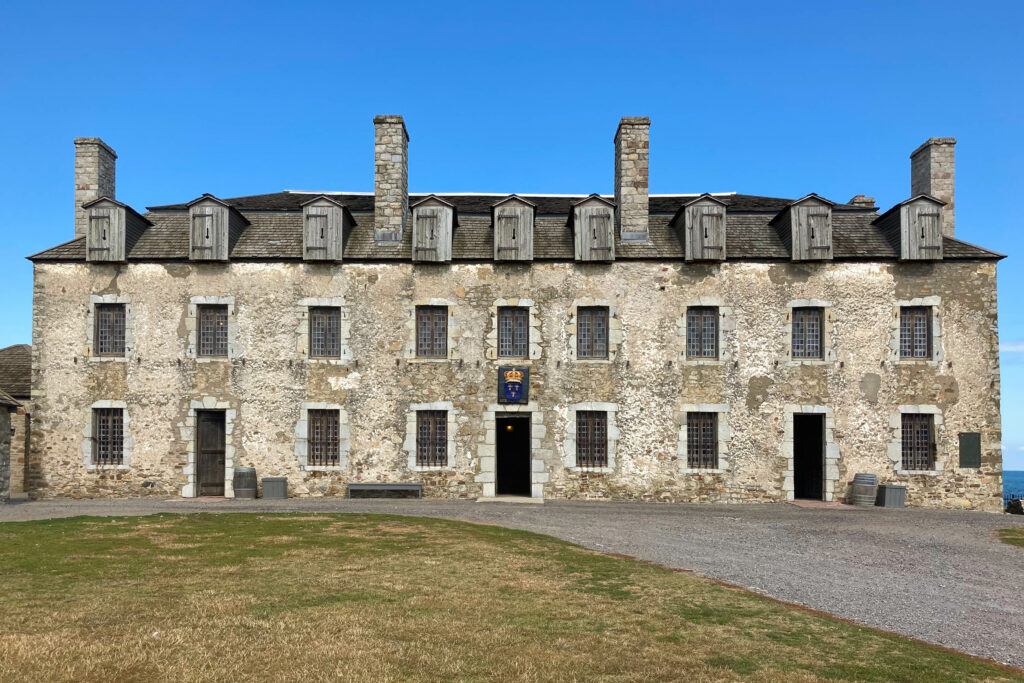 France had built the structure in 1726, when she controlled the spot of land where Fort Niagara sits between Lake Ontario and the Niagara River. 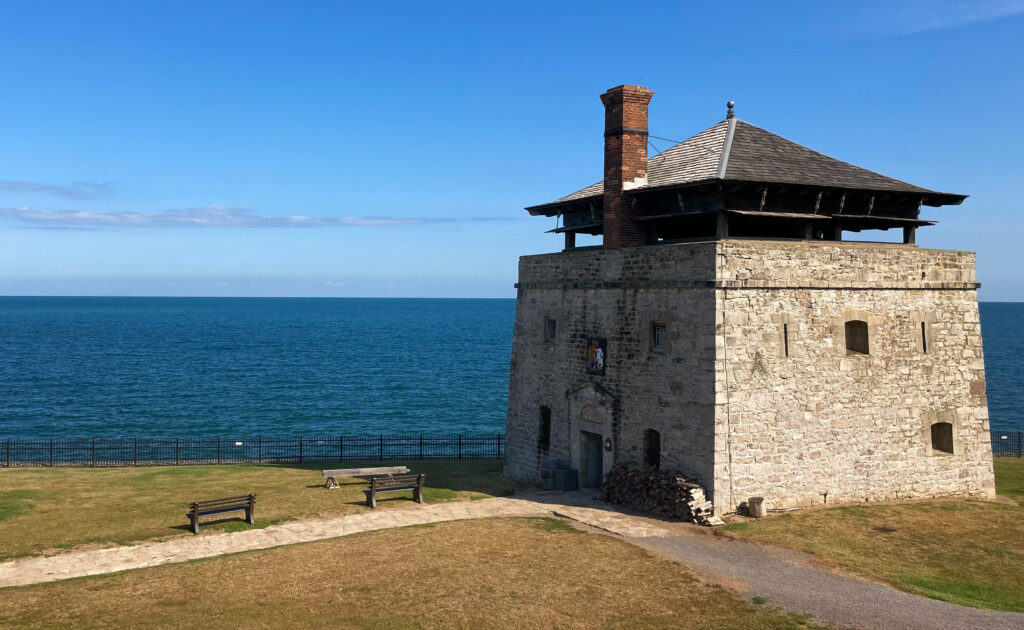 The site was as strategic as it is spectacular.  Early in the 18th century, France and Britain fought for control of North America.  Water provided the best means of transportation through the untamed land, and so the Great Lakes offered the most important route into the heart of the continent.  And the region’s fur trade was lucrative, adding to the economic incentive of dominating the land. 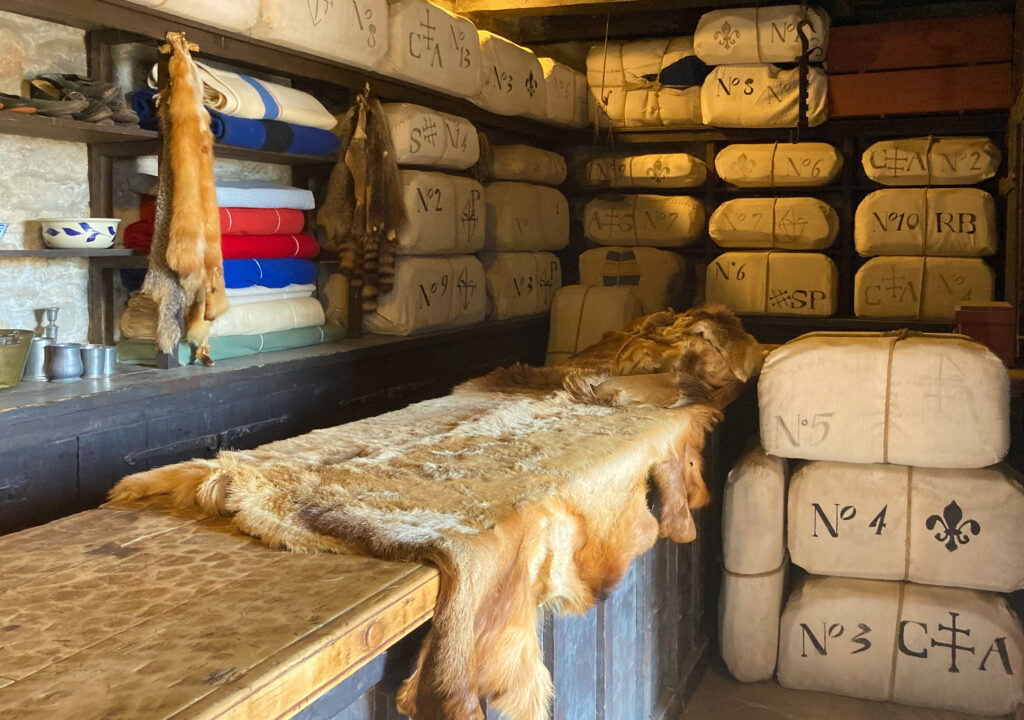 The Castle is the oldest structure at the site.  It was designed to resemble a house to avoid offending the local Iroquois nations.  It is unmistakably French. 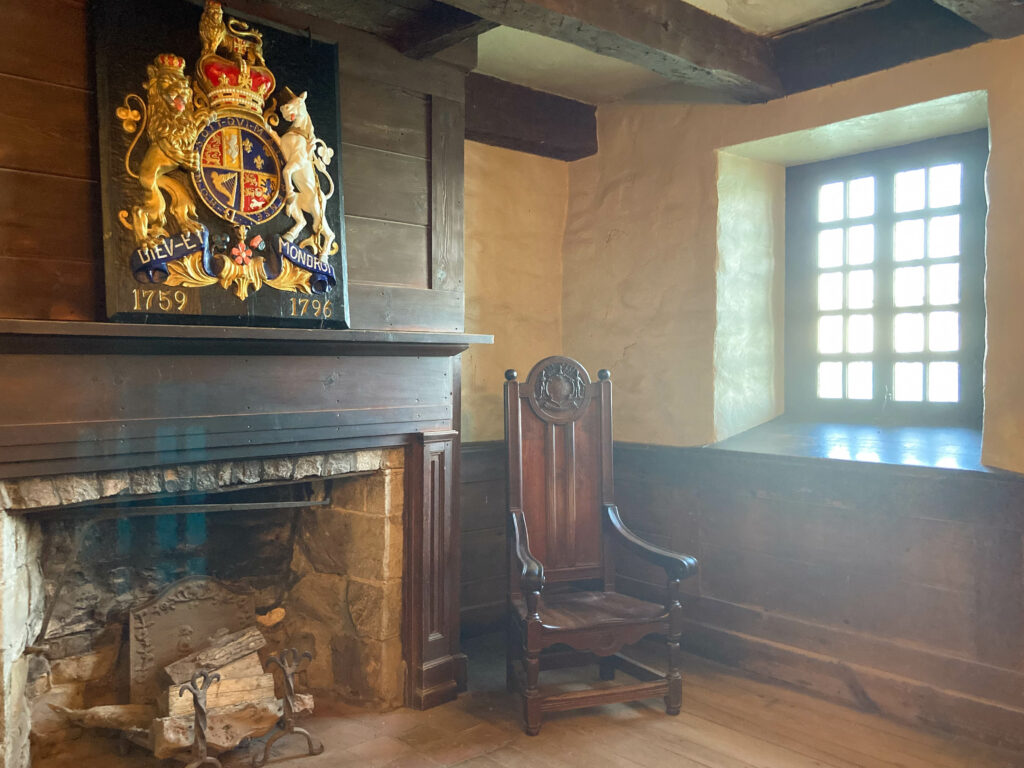 Three centuries later, the dark wood, the varied stone, the iron fixtures, the textured furnishings and fabrics, the sheer implausible elegance of the place, all whisper “Vive la France“. 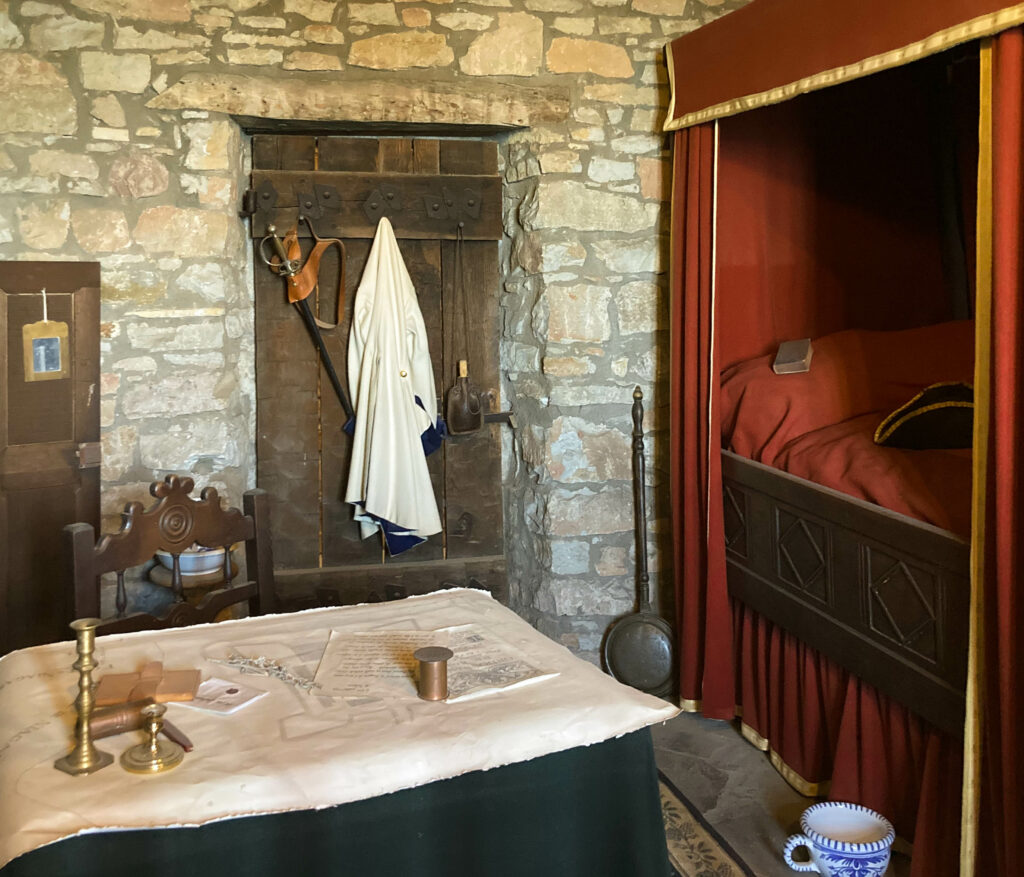 Over the years, the French strengthened the Fort with additional buildings and earthworks. 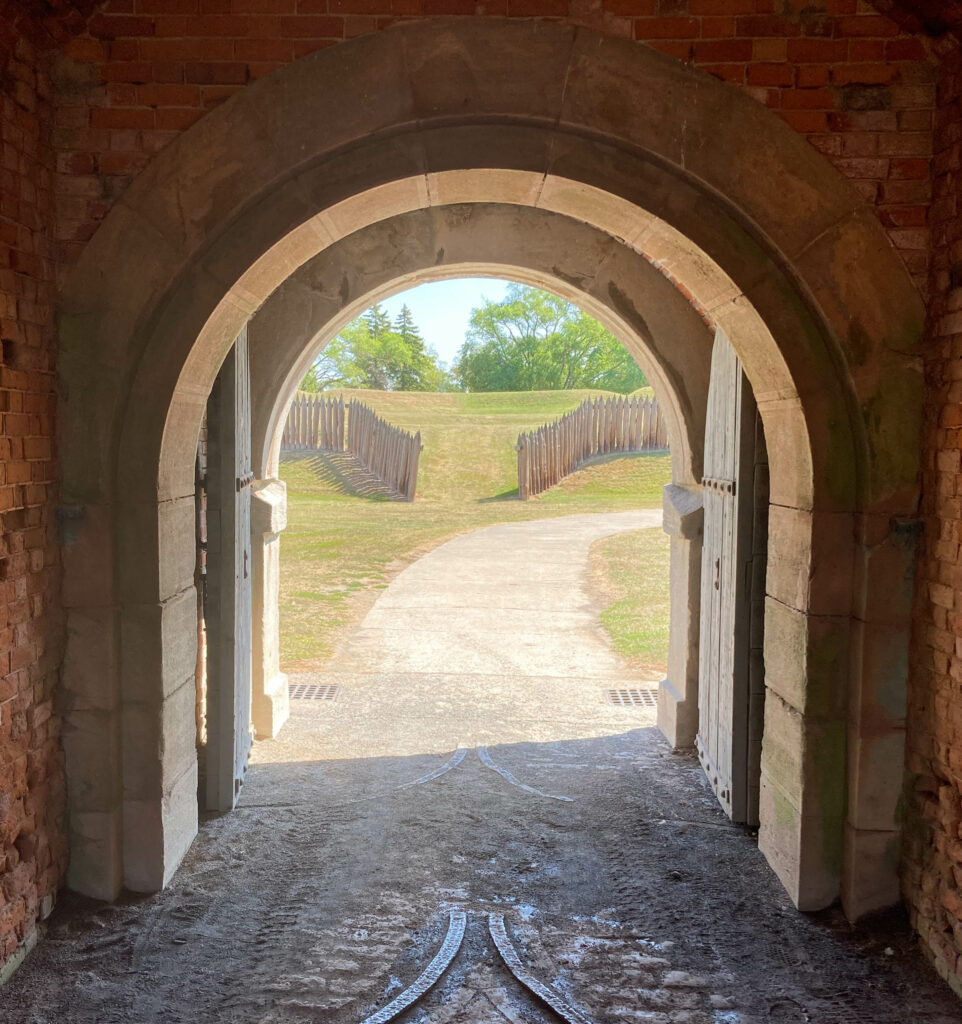 The French and Indian War in the middle of the 18th century brought an end to France’s control of Fort Niagara, as well as her hopes of North American hegemony.  In 1759, after a 19-day siege, Fort Niagara fell to the British.  France would never take it back. 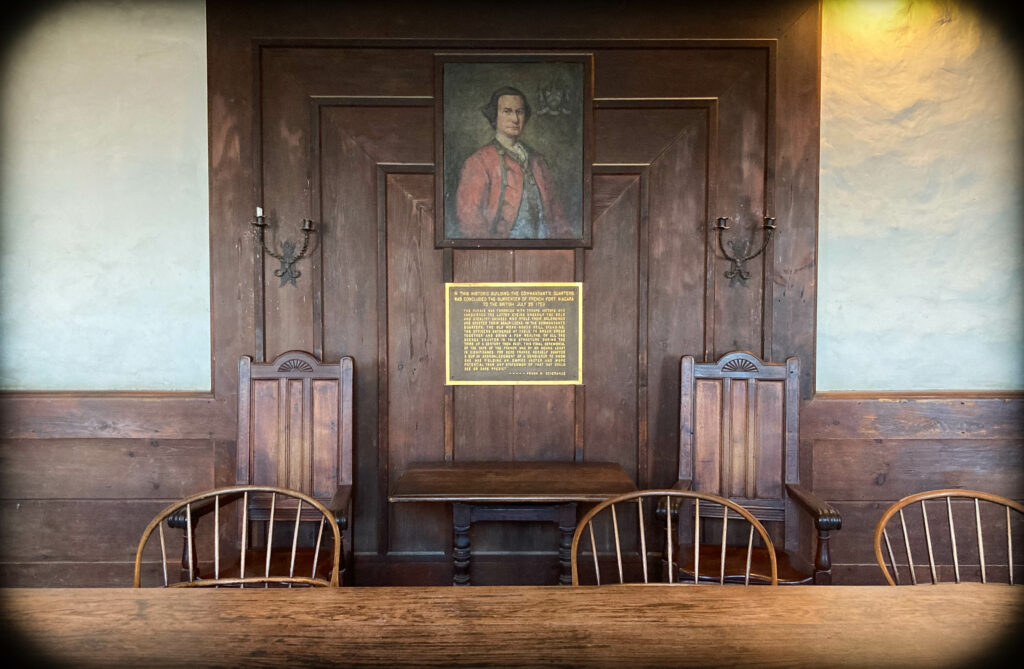 Three years later, with the War coming to a close, the British added buildings like a provisions storehouse. 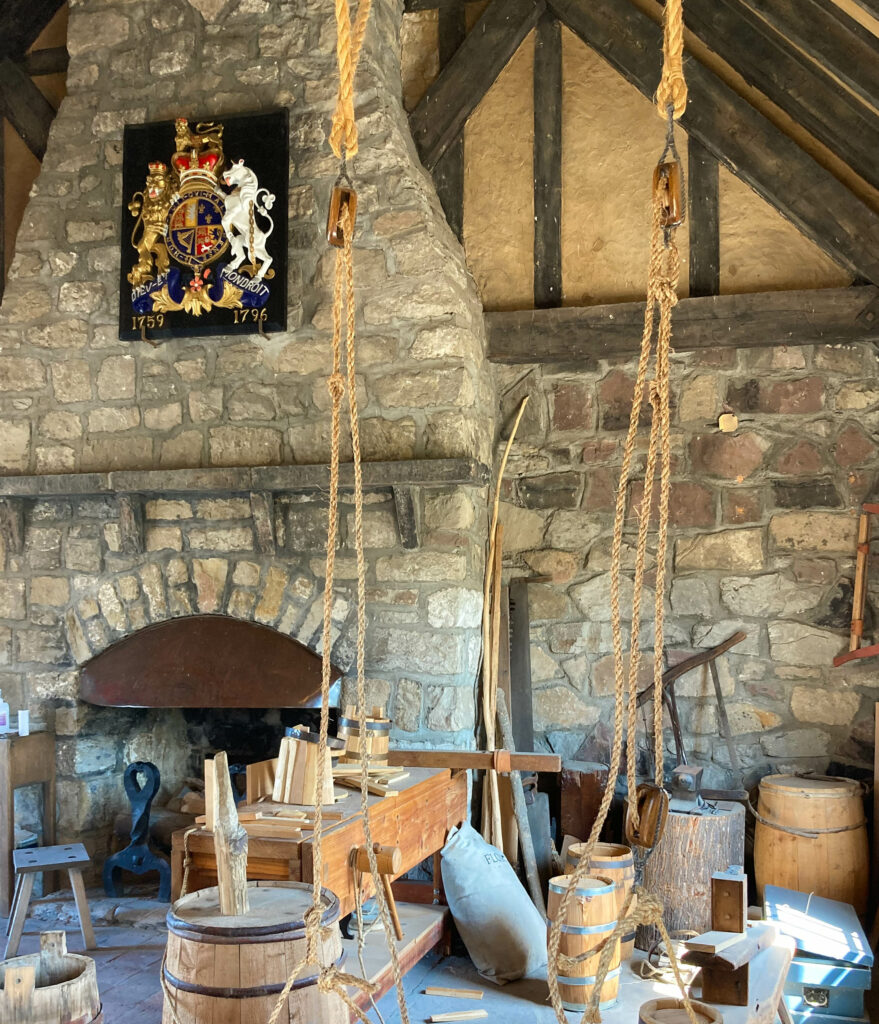 The British held Fort Niagara throughout the Revolutionary War.   They used it as a staging point for frontier raids and as a refuge for royalists and their native allies.  They ceded it to the 20-year-old United States via treaty in 1796.

And then, on December 19, 1813, thirteen months after Betsy Doyle’s heroic actions, the British, with the help of native allies, captured Fort Niagara, and our flag.

Betsy Doyle and her four children escaped the attack.  They walked more than 300 miles toward Albany.

A year later, the United States won the War of 1812.  Within a few months, Americans reoccupied Fort Niagara, and we have held it ever since. 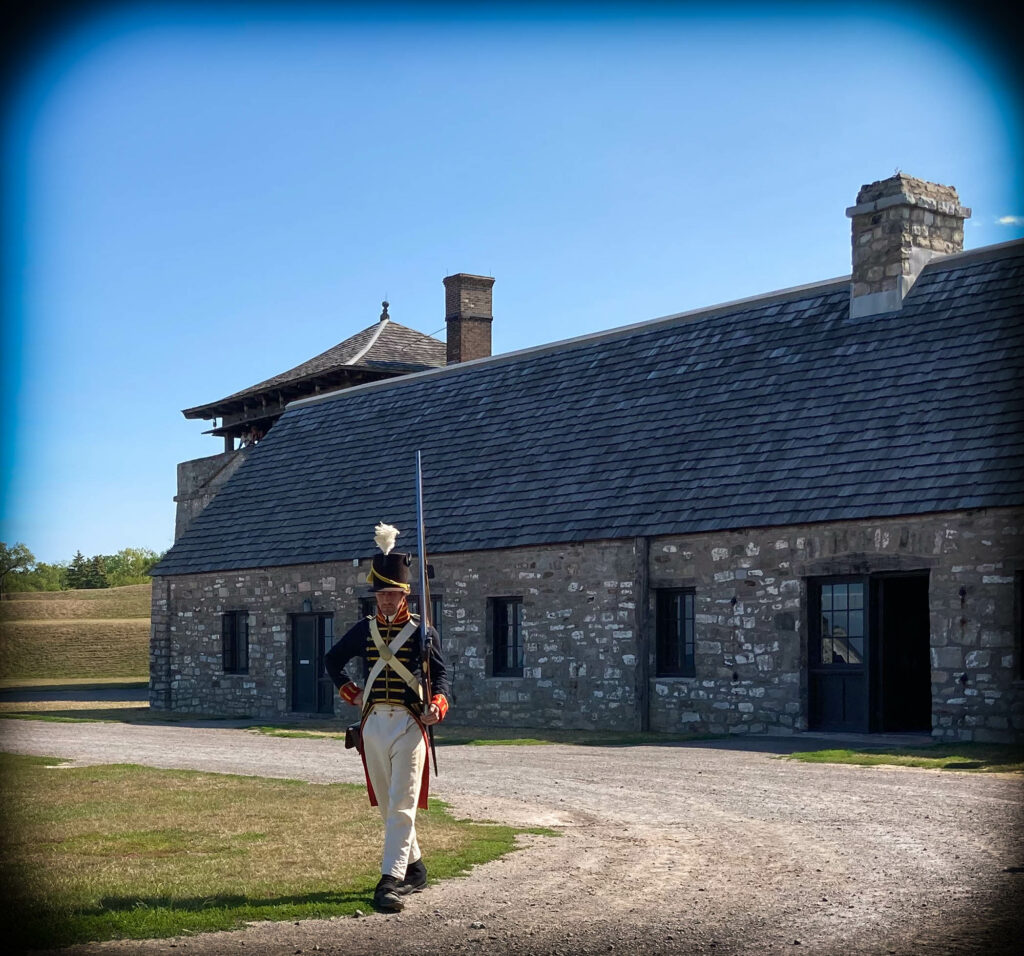 Andrew Doyle was released from prison in 1815 and returned to America.  But he and Betsy never reunited.

What to Know before You Go to Old Fort Niagara

Old Fort Niagara is located inside Fort Niagara State Park at 102 Morrow Plaza, Youngstown, New York.  There is a surprisingly extensive visitor center with exhibits explaining the historic importance of the Fort and its location.  There is also an informative 16-minute orientation film.  And America’s returned 1813 flag is on display there.  From the museum, you can roam throughout the Fort structures, including the original French Castle, styled to show visitors how they would have looked in the past.  The displays are well detailed, and there are informative plaques and signs, as well as some audio, in English or French, for additional information.  There are also live presentations, like a musket demonstration.  And on a clear day, you can see the hazy Toronto skyline across Lake Ontario.  There is ample parking.  Allow two to four hours. 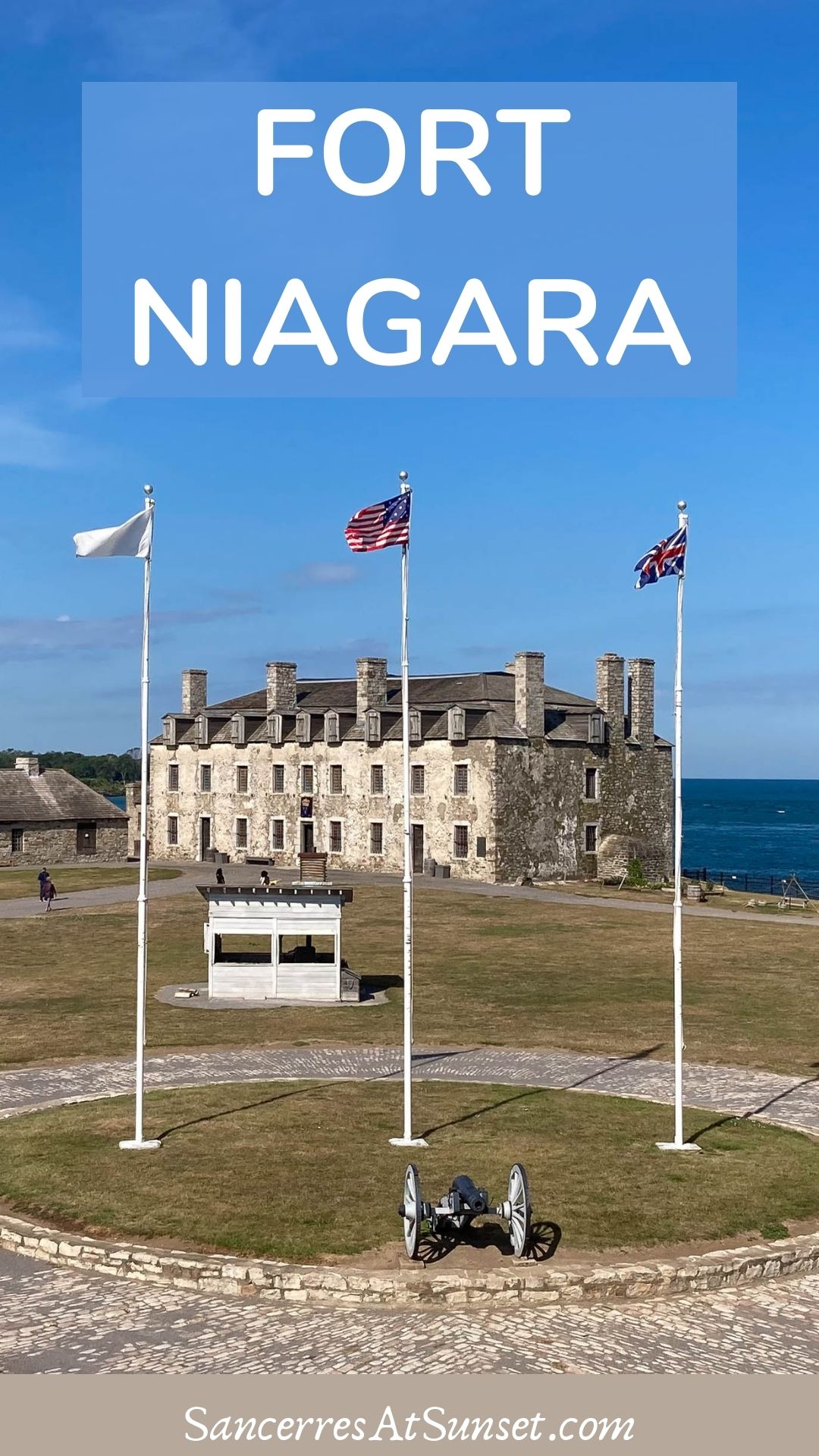