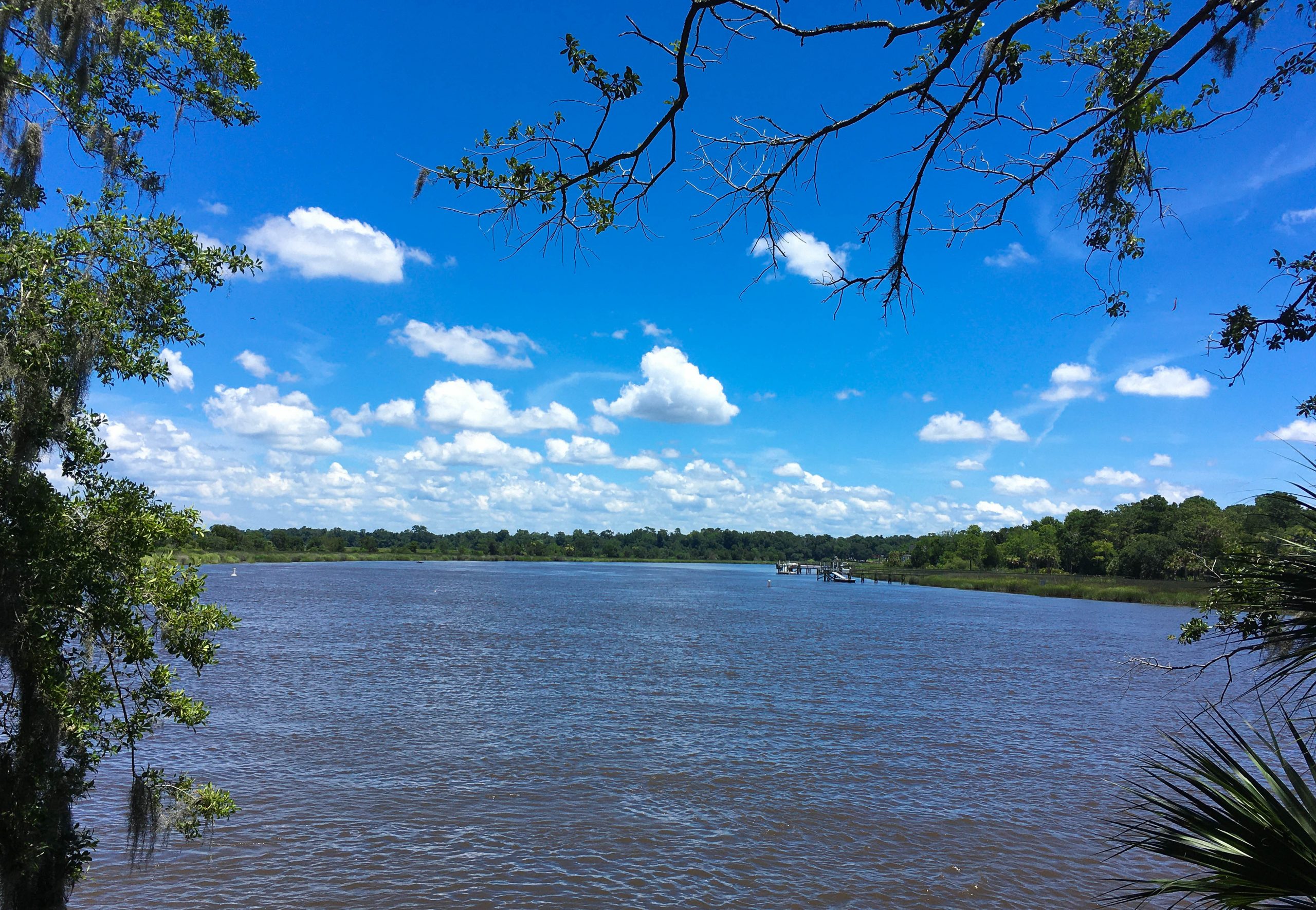 But Magnolia’s history and her gardens go back a century before there was a United States, when Ann and Thomas Drayton established the rice plantation in 1676 along the Ashley River in Charleston.  It has been owned by the Drayton family ever since–sort of.  In 1825, the original Draytons’ grandson, also named Thomas, died, leaving no sons.  He bequeathed the plantation to his daughter Sarah’s elder son, Thomas Grimkē, while the second son and contingent beneficiary John studied for the ministry in England.  The inheritance was conditioned upon the new owner appending the surname Drayton to the illustrious Grimkē, which the brothers shared with their aunts Sarah and Angelina, two of the most significant early  abolitionists.

Then Thomas Grimkē Drayton was shot while riding during a deer hunt and died on the steps of the mansion.  And so John Grimkē Drayton became the plantation’s new owner, at the age of 22.  He continued his studies while simultaneously striving to manage the plantation.  It was a responsibility for which he had not been reared; it took its toll on his health, and he contracted tuberculosis.  He sought and found respite by working on the gardens, for his wife Julia’s enjoyment as well as his own. 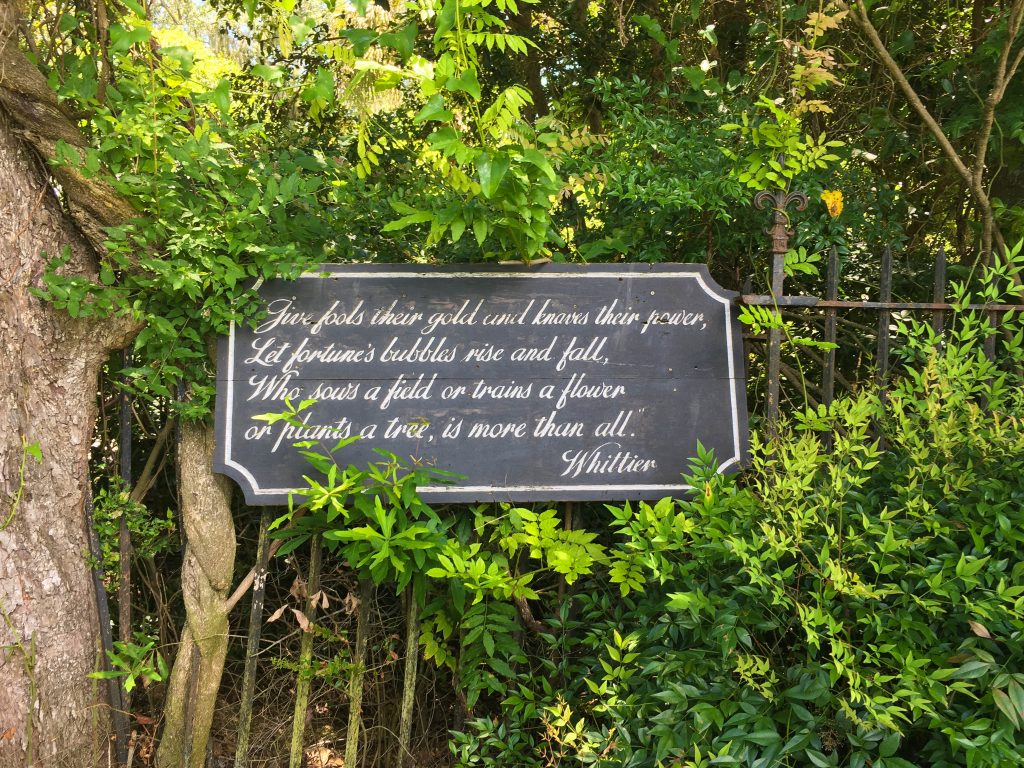 Romantic gardens represent a kind of pendulum swing away from formal English gardens.  The escape they offer is dreamy, fluid, asymmetrical, unbalanced, disordered, unexpected.  Their intent is to elevate emotion above reason.  The trend gained steam with the industrial revolution in Europe.  The style was supposed to be attractive to factory workers, and to empower the common man, not only by appealing to his tastes but even by allowing his tastes to influence the cultural arts.  Today the gardens bloom with unnumbered species, but they are best known for camellias and azaleas.  And the banks of the Ashley River are lined with live oaks, dripping with Spanish moss. 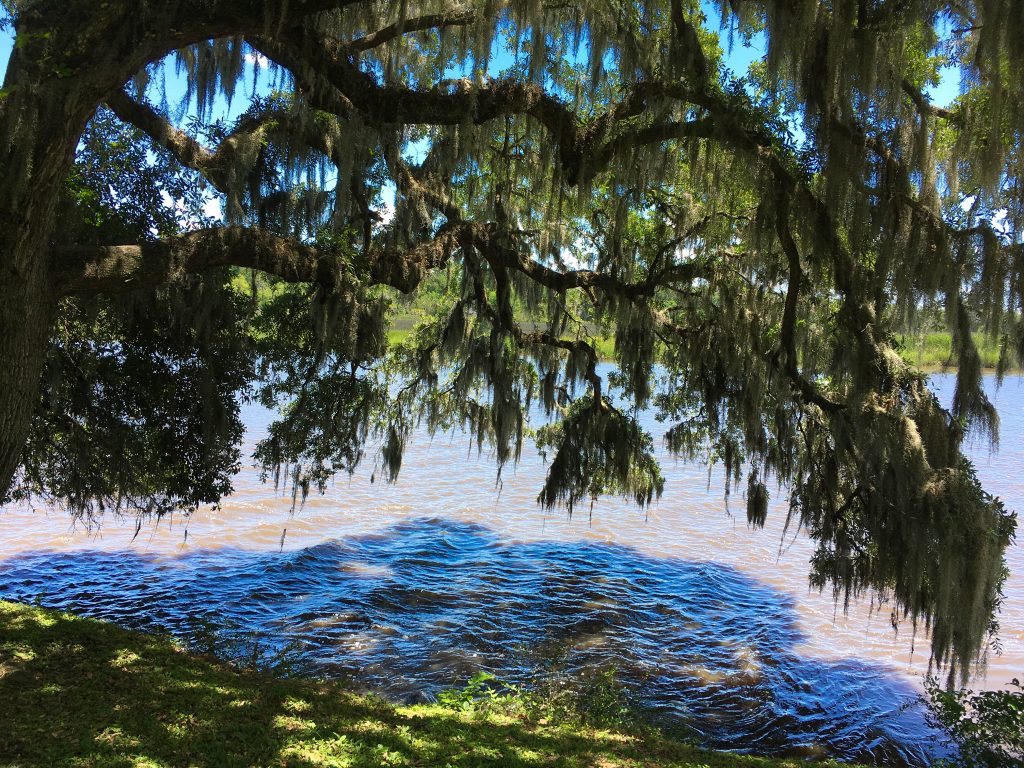 Much of the idyllic scenery is viewable from the mansion, which features lots of windows and a sprawling verandah, with its white pillars and balustrade gleaming against grey pebbledash. 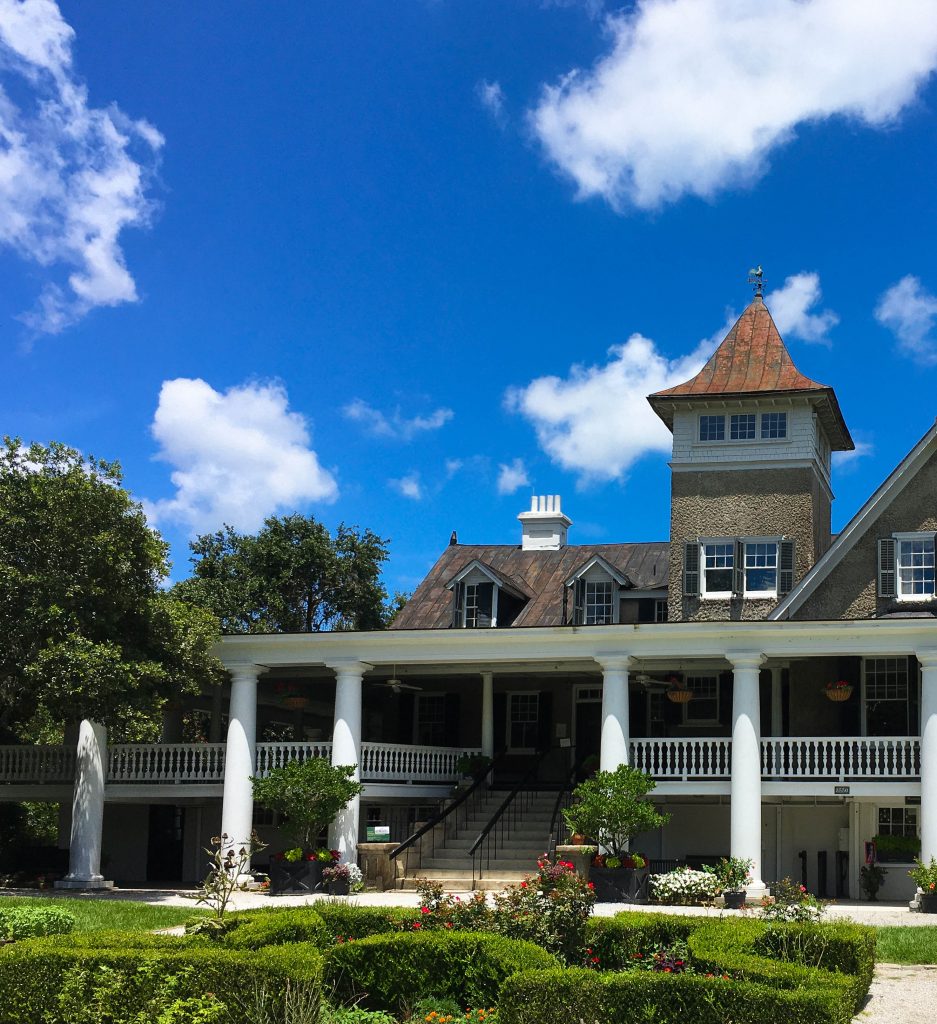 Visitors can take a tour of ten of its rooms.  It is not the original antebellum house though, which was burnt down by the Yankees in 1865.  The current house was originally John Grimkē Drayton’s summer home, which he had dismantled, loaded on barges, sailed down the Ashley River, and rebuilt to replace the original.

But Magnolia’s even more unique feature is its petting zoo. 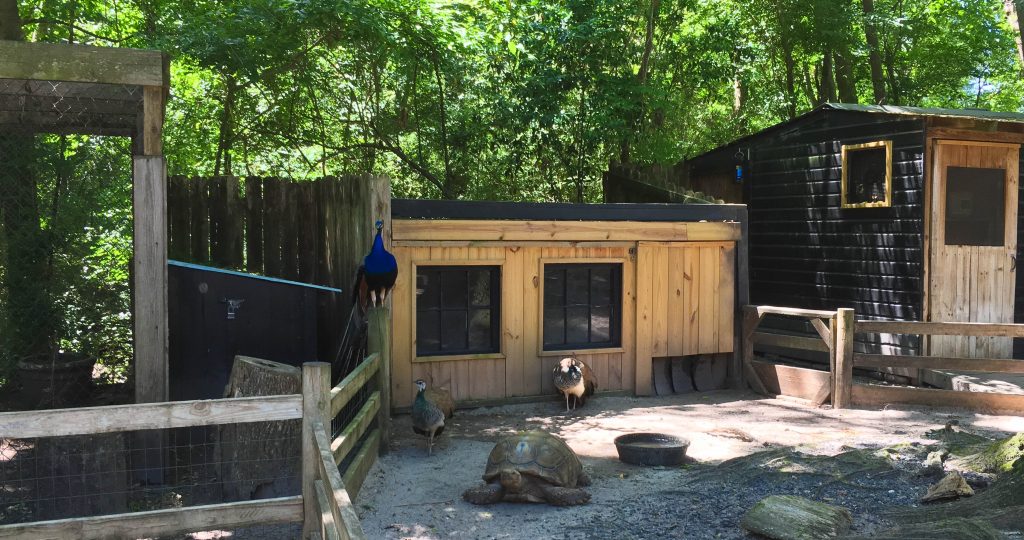 Yes, a petting zoo.  A little incongruous perhaps, but it does sort of fit with the Eden-esque quality of the gardens. 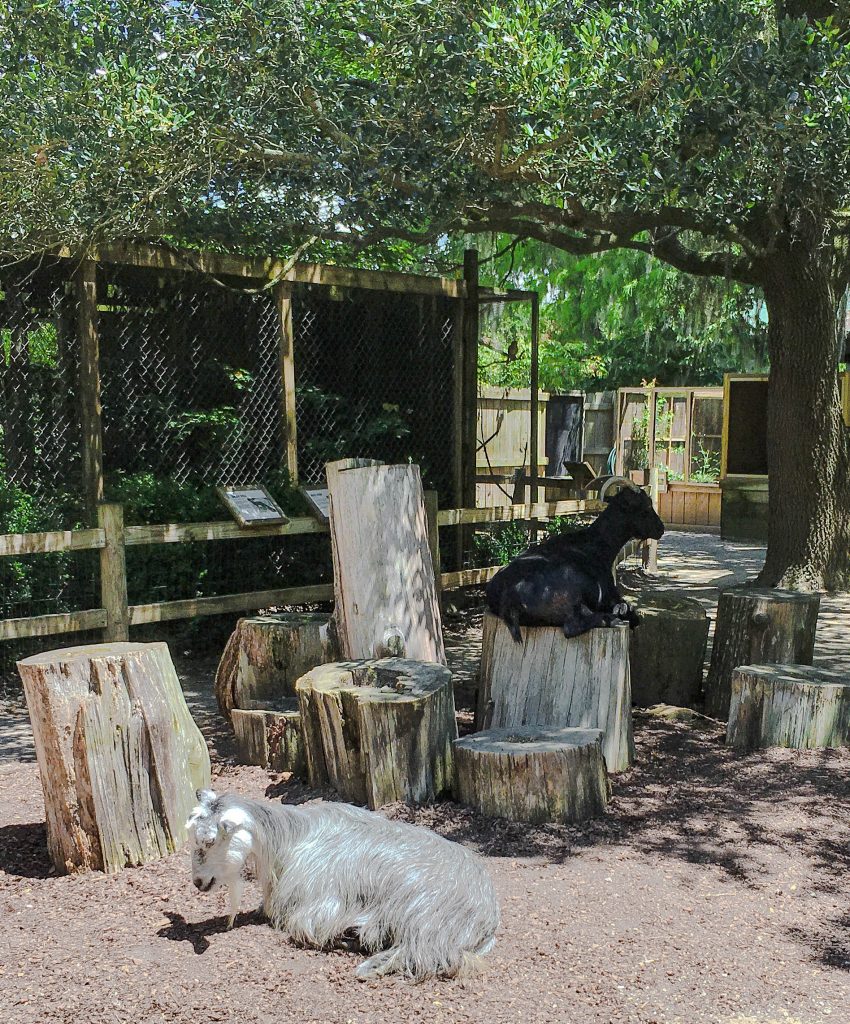 And the goats and peacocks did remind me of the Holy Land. 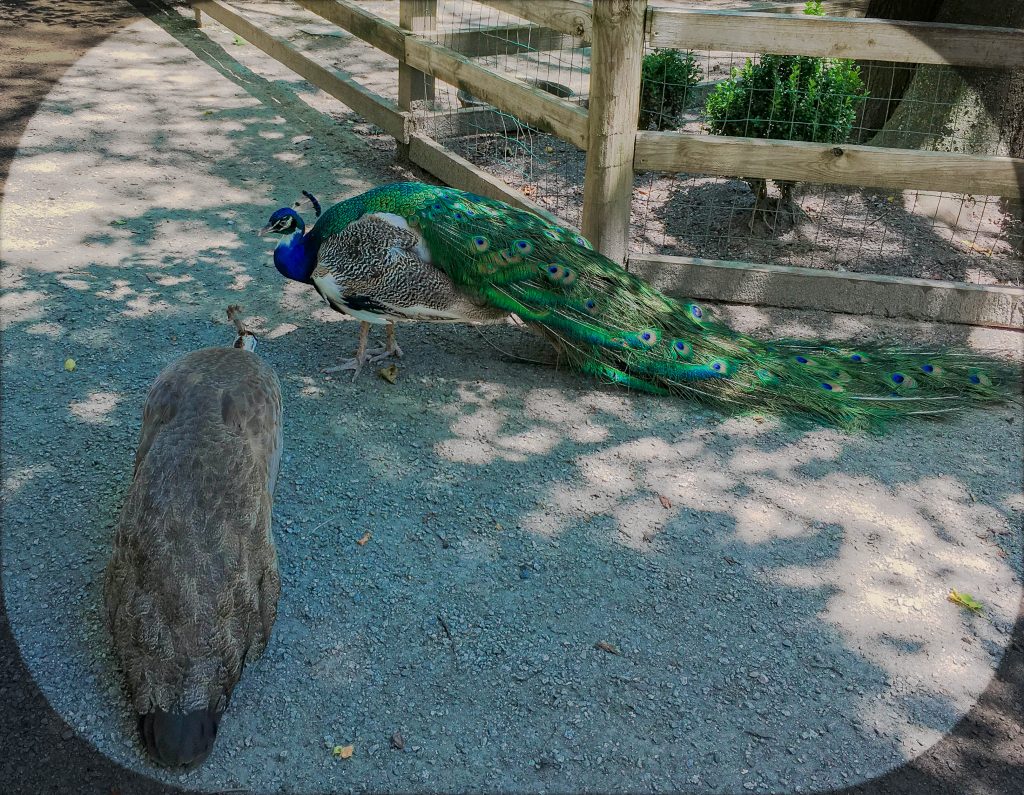 In a South dotted with antebellum plantations, Magnolia feels antelapsarian. 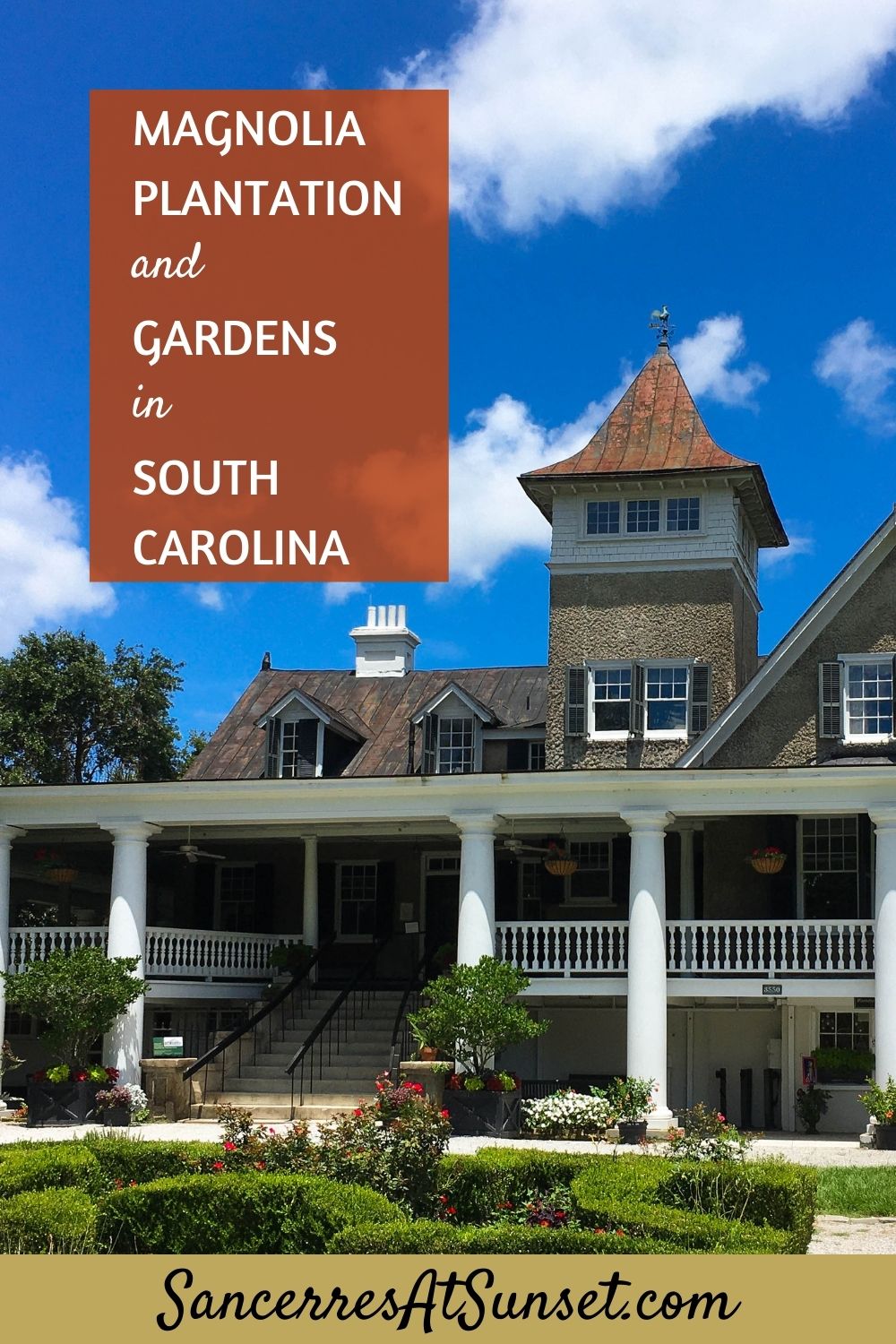