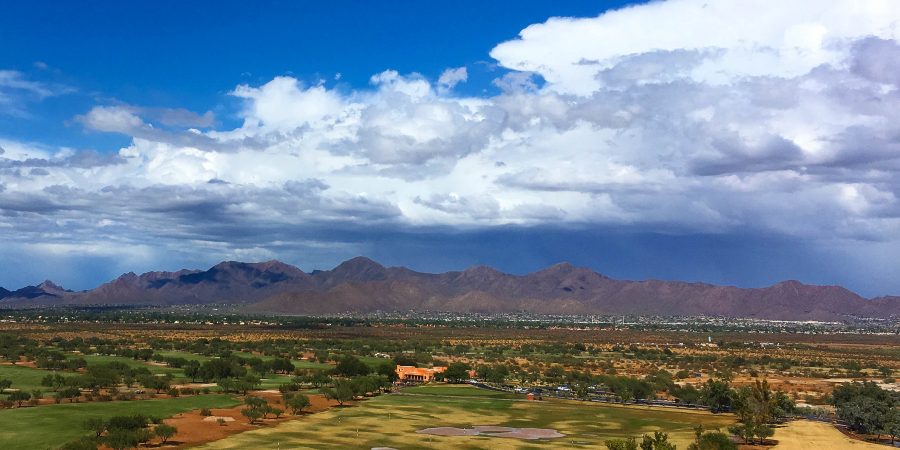 It was a dark and stormy night, and unlike any I’d seen in the desert.

I spent this year’s autumnal equinox at Talking Stick Resort, a luxury hotel in Scottsdale, Arizona. Its mid-size casino features a Keno lounge and more than 900 slot machines and more than 50 tables offering games including Black Jack, Pai Gow, Let It Ride, and Three-Card Poker. The Resort boasts Arizona’s largest Poker Room, with 47 tables for Omaha, 7-Card Stud, and Texas Hold ‘Em, among others, with table-side massages available. It also hosts a golf course, a spa, three pools with cabanas and bottle service, and six restaurants, including a buffet and a sports bar with video poker games. Located nearby is Salt River Fields at Talking Stick, the spring-training complex used by the Arizona Diamondbacks and the Colorado Rockies.

I was there because I was running short to maintain my status on American Airlines and needed a quick and cost-efficient mileage run. The obvious choice of destination was Las Vegas, but flights and hotels were pretty pricey, so I chose comparably distant Phoenix and the casino hotel that the reviews assured me was the most Vegas-like in Arizona. Upon arriving, I signed up for a Player Rewards Card. Most casinos offer a sign-up bonus, usually some free play, occasionally some casino kitsch like branded dice. Talking Stick gave me a stuffed reptile. 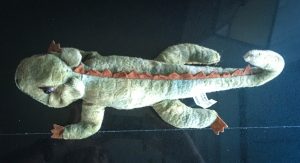 The next unique thing to happen was that I broke even to the penny after playing video poker for an hour or so. I decided this was a good time to cash out. I hadn’t seen a cocktail waitress come by, which is just as well since Arizona doesn’t allow comped drinks. I headed over to the Black Fig Bistro and ordered a patty melt, the daily special, to go. It arrived after about 20 minutes, and I headed back over to the hotel.

My modest room housed a small refrigerator and four bottles of water. The bathroom featured a large tiled stall with a waterfall shower-head and a fabulous exfoliating coriander and basil bath soap. The closet contained a comfy white waffle robe, though I wasn’t sure whether the two right slippers were a comment on my dancing or my beliefs. 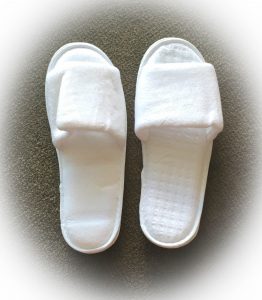 Best of all, it boasted a big balcony–a rare luxury at casino hotels. I savored the desert air and the remnants of sunset over the mountains as I uncapped a water and unwrapped the patty melt. It was well-done enough to satisfy Donald Trump. I removed two halves of the white rye and put the patty halves together into one big half-sandwich. The accompanying beer-battered onion rings were unfortunately so fantastic that I ate every last one.

Suddenly the dark sky lit up. Thunder boomed a few seconds later. Pacific storm Lorena was surging through Arizona. I cleared away the dinner things and grabbed my Sony snappy.

Lightning flashed through the clouds; thunder’s roar came closer and closer behind, and rain began to pour. Soon there was nothing to see but blue-grey haze, punctuated by flashes of lightning. Nothing to hear but the clattering cadence of the downpour, peppered by bursts of thunder. Nothing to feel but my pampered skin pelted by ice-cold hail, sharpened by whooshes of wind. But I couldn’t tear myself away, and stayed standing on the balcony, awestruck by nature, and by nature’s God.

And then a gust of wind blew me three steps back into the room. I decided to stay sheltered, for safety’s sake, but I still couldn’t abandon the spectacle. I was soaked through to the skin, so I peeled off my wet clothes, while I watched in wonder like some kind of pagan princess as nighttime roared its renewed precedence.

In time Lorena settled down, and I slipped into the waffle robe and watched her departure from the king bed. I slept fitfully, at first dazedly thinking the flashes of neon I kept seeing were the remains of the storm, then realizing they were Talking Stick’s exterior light display. 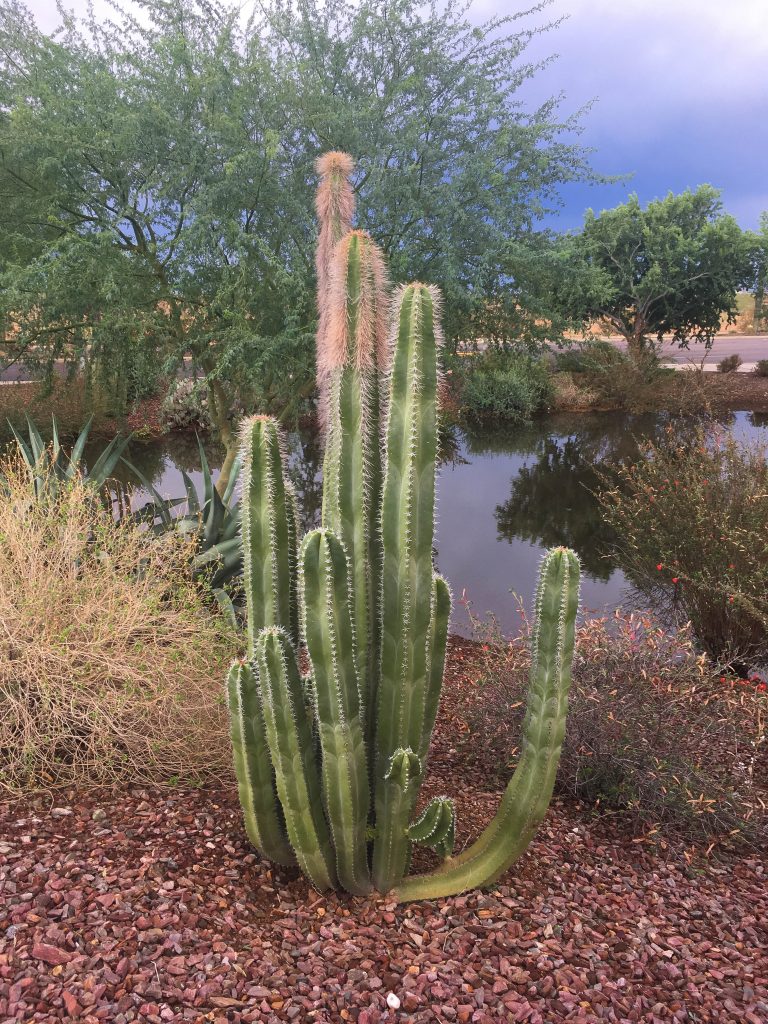 In the morning, I enjoyed my coffee on the now uneventful balcony, then donned my shorts and sneakers and went out for a walk. Cacti stretched from still-soaked ground, and a lone horse grazed beyond a fence.

Fitness is a big part of my lifestyle, and walking outdoors is a big part not just of my exercise routine but of my thinking life. I am convinced that the sensual act of walking in nature frees and focuses the mind, and my regular walks are a time to probe life’s problems, plan blog posts, and ponder whatever needs pondering.  And so I strolled, savored my beloved defiant desert flora, and thought. 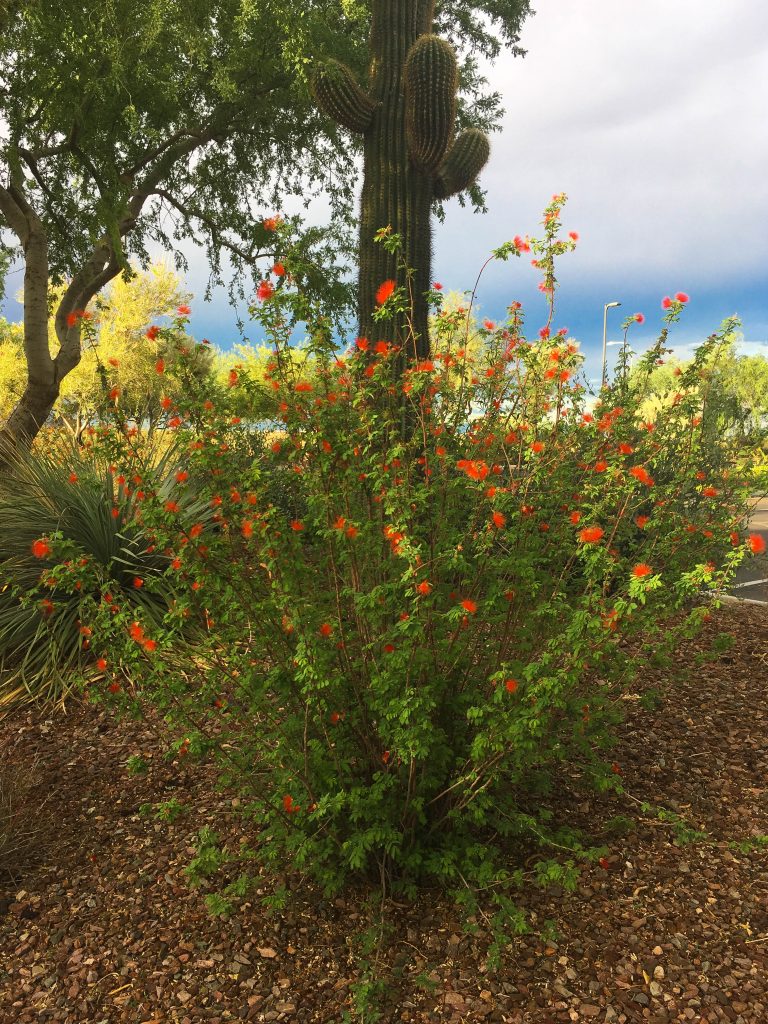 It had been more than a decade since I last spent time in Scottsdale, at a wonderful blogging conference at the Scottsdale Plaza Resort. A few years later I would meet up with another of the participants at a conference in Minneapolis. We hit it off discussing Robert Caro‘s magnificent book series on The Years of Lyndon Johnson and plunged into a relationship that was passionate and part-time and suited us both. We shared an insatiable curiosity, a taste for the finer things, and a disdain for elbow-to-elbow crowds, and so we made good travelling companions. For two years, we lived nomadic for a week or two each month, travelling to Vegas to see a Rat Pack tribute show, to Denver to see a van Gogh exhibit, to New Orleans simply to stroll its sultry streets and savor its Creole cuisine, staying in some of the best hotels in America, and nibbling and tippling in some of the best bars. We dressed well, and tipped well, and were treated well. And on our last night in a place, I’d typically heat up all the left-overs from the trip, and we’d relive every great meal while binge-watching Downton Abbey. We lived about 1,500 miles apart, and so when we weren’t travelling together, we chatted by phone several times a day, both so interested in everything that we never ran out of things to say, never had the same conversation twice. And then it was over, as things like it tend to be, suddenly and badly. It was my decision, and it was the right one, but it was hard. When you crave simultaneous sensual and intellectual stimulation, when the thing you hate and fear the most is boredom, giving up a Bohemian lifestyle with the most interesting person you’ve ever met is not easy. I couldn’t watch Downton Abbey for a year. And I couldn’t let myself think about how much I missed our lifestyle and our conversations for much longer. But somehow back in Scottsdale, I realized that enough time had passed so that I could put it into perspective, to feel the excitement of it again like one of our relived dinners, instead of the fear that I’ll never have that much pleasure again. 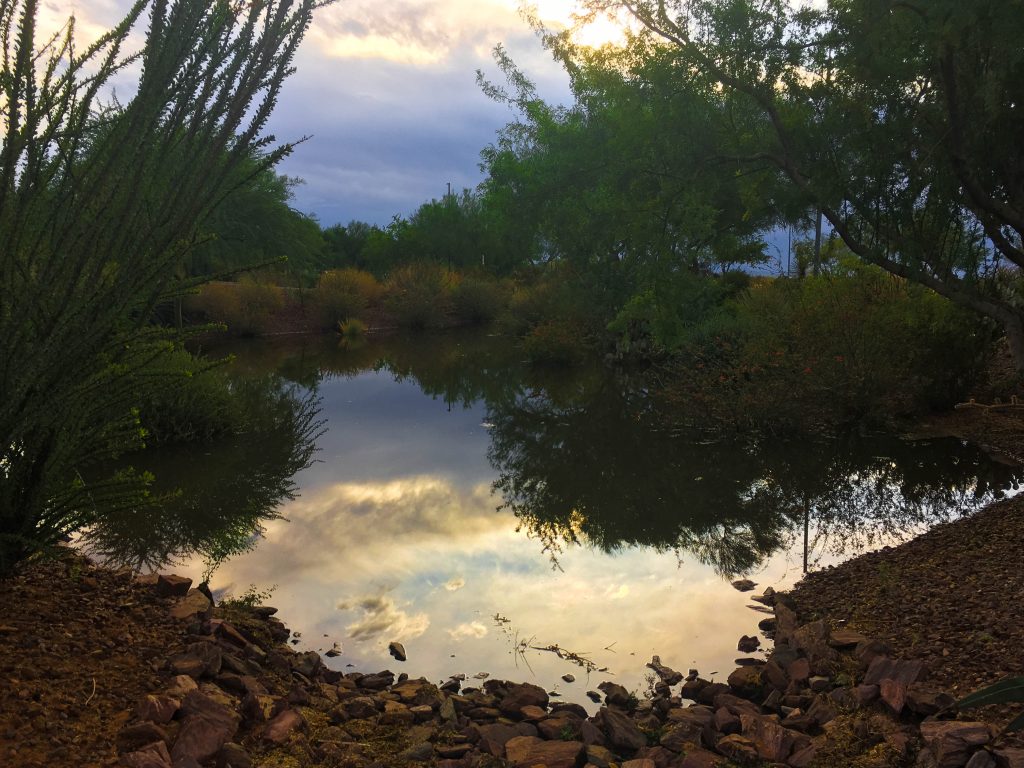 Travel matters. It’s like a relationship. It changes us, and helps us recognize how we’ve changed, and how we haven’t, and how we should.  Even a one-night mileage run can become a lightning bolt that illuminates your life, your world, your past, your future, yourself, in a new way.

To find and book fully cancellable tours and activities in Scottsdale, click here. 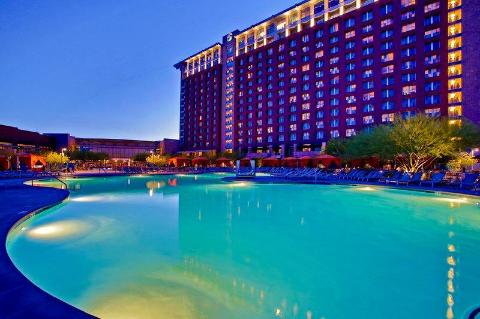 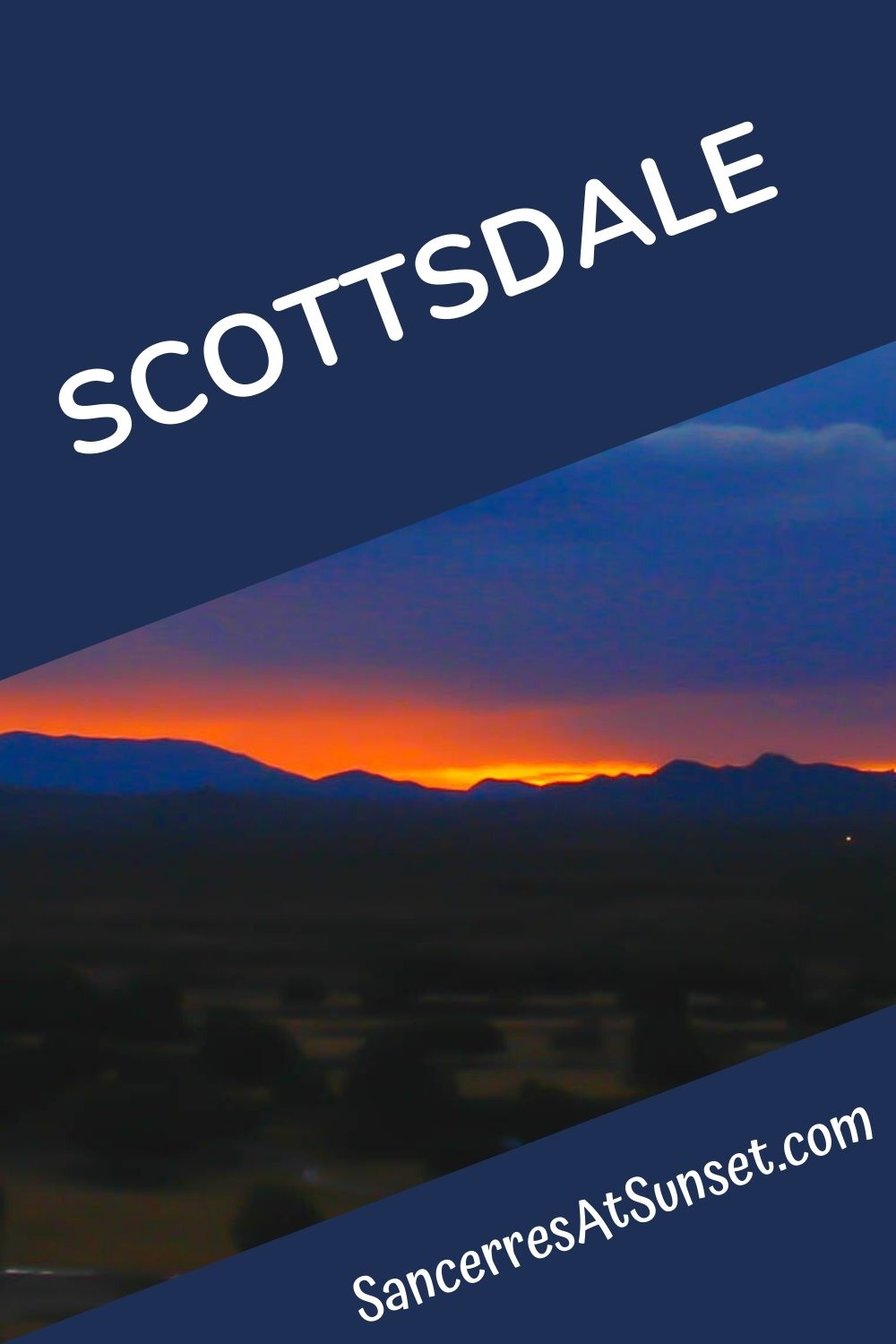 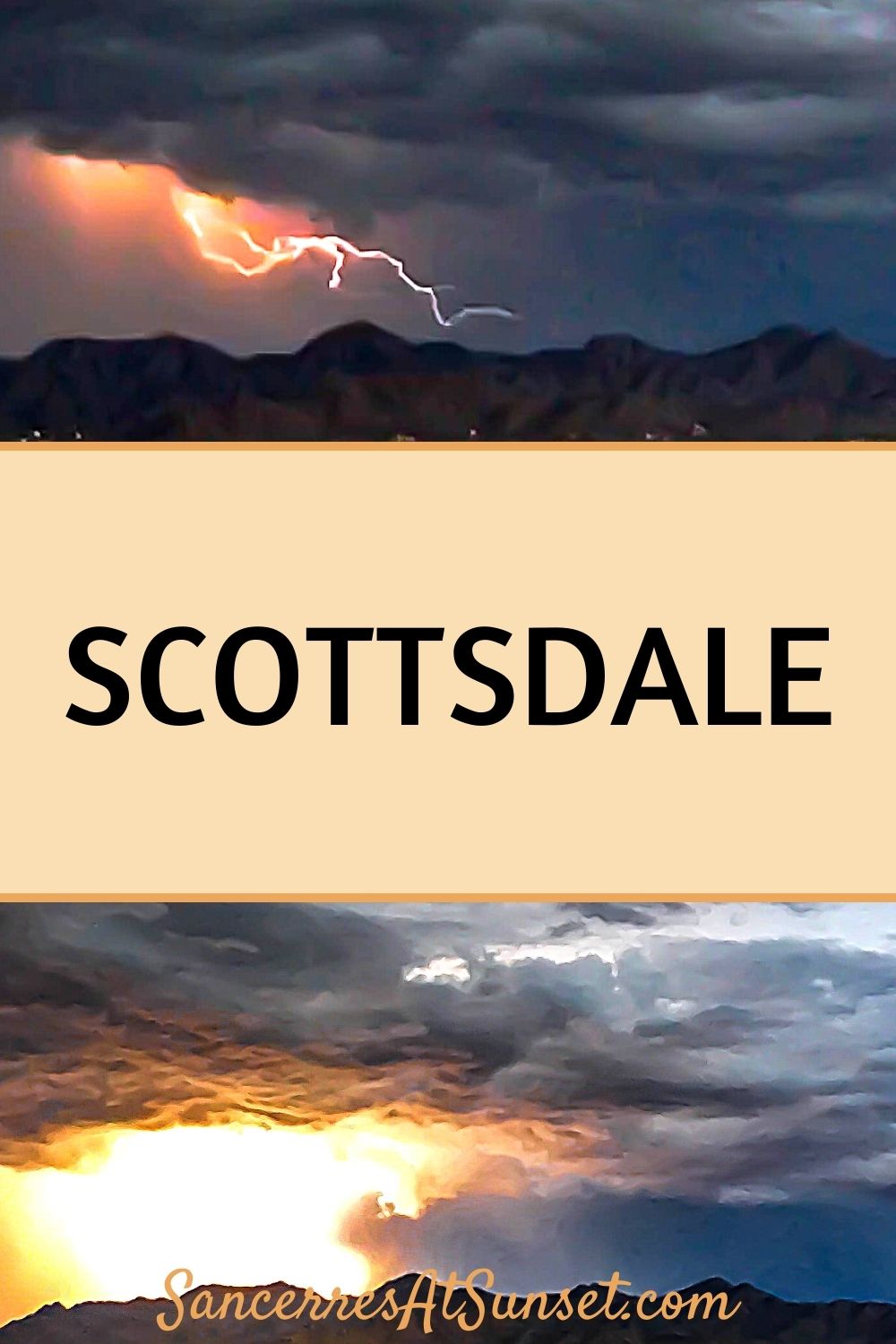 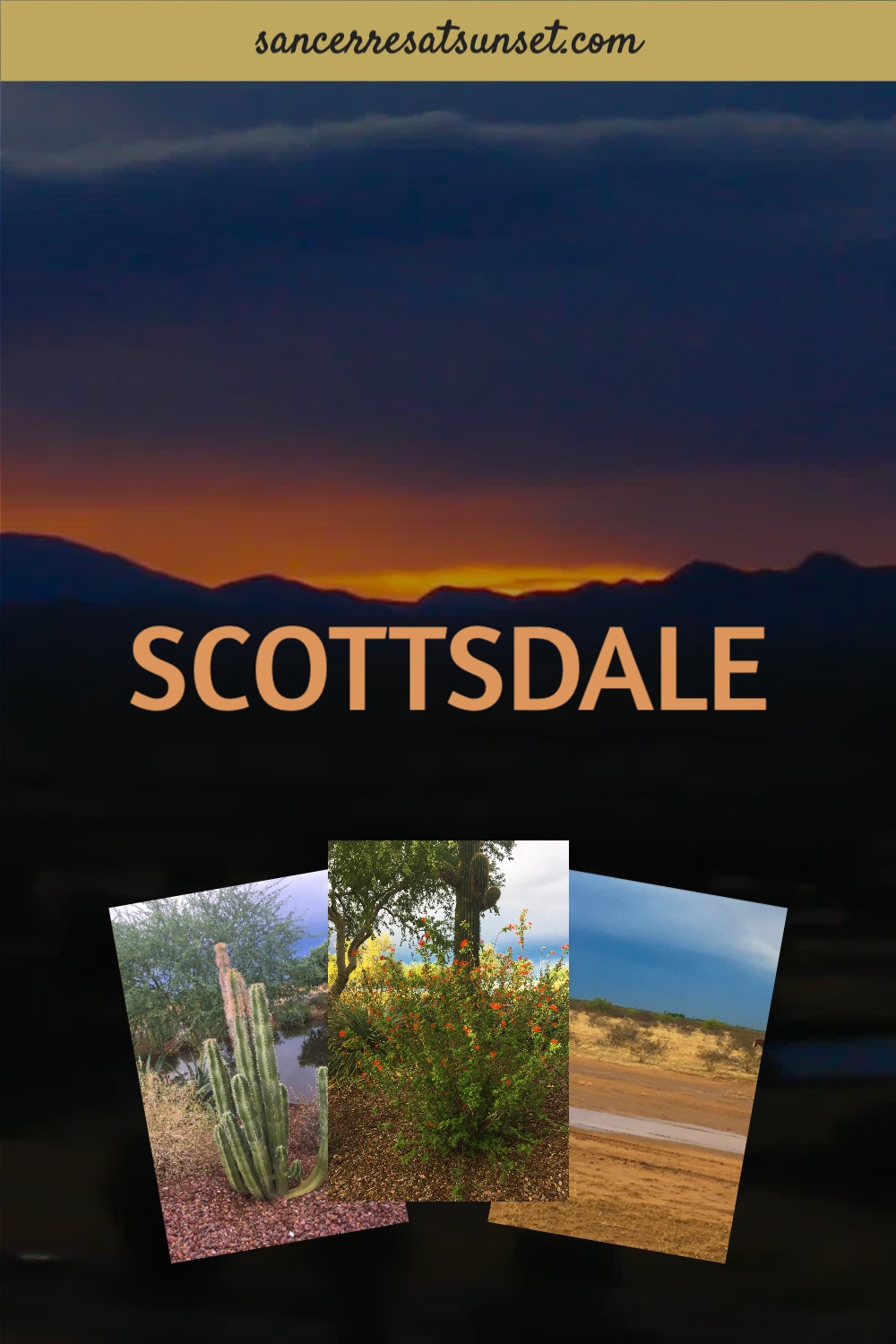 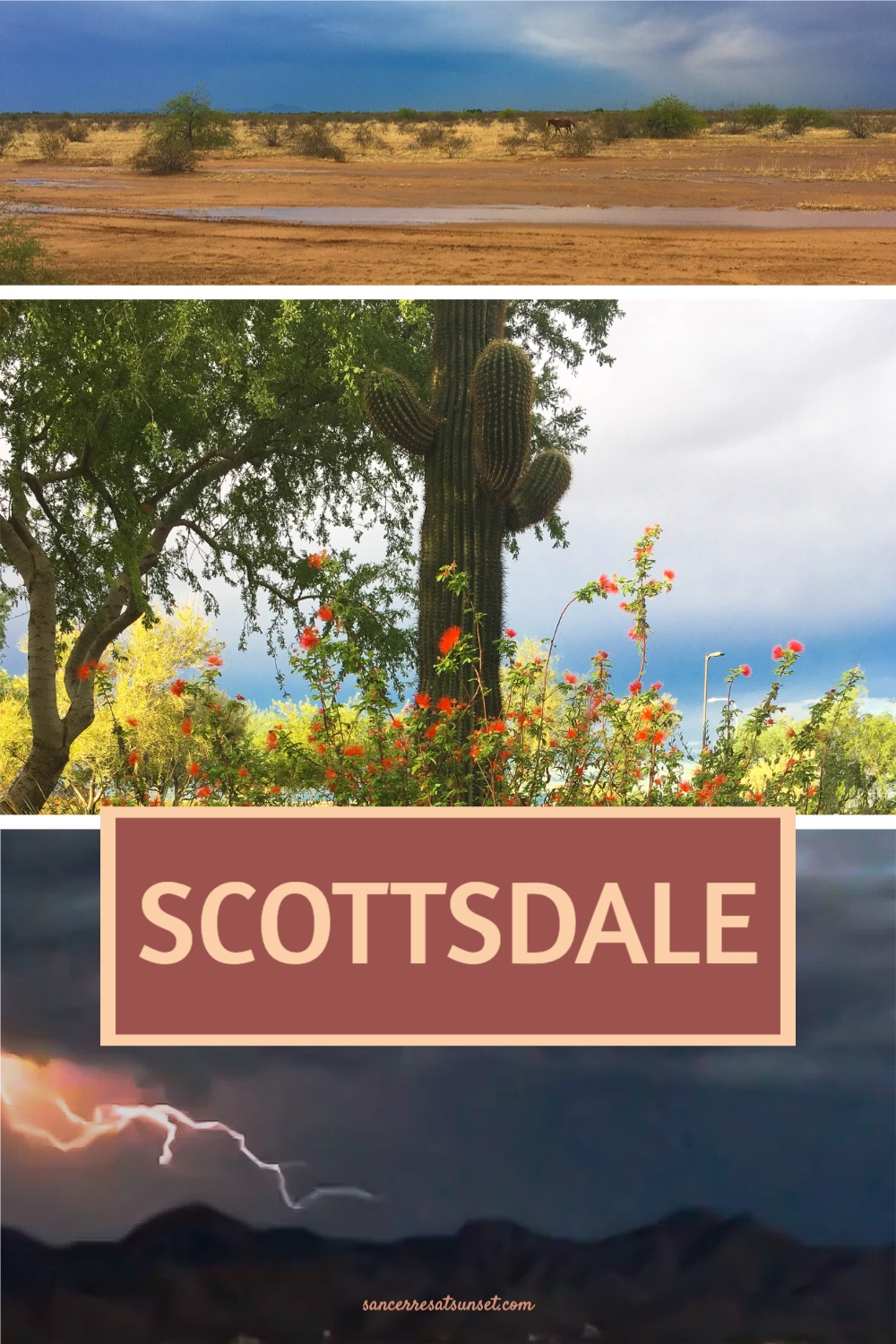 6 thoughts on “Equinox in Scottsdale, Arizona”