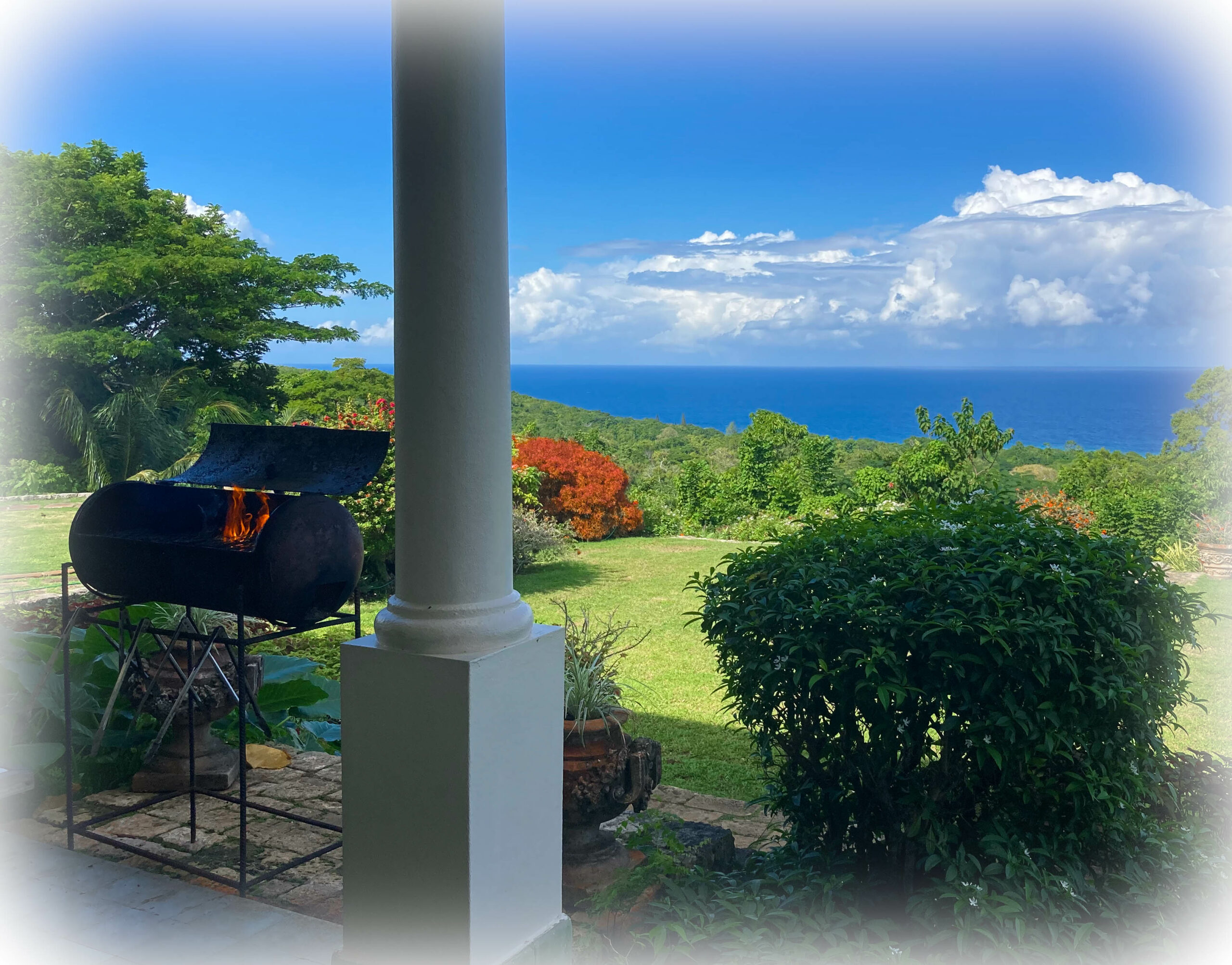 Flames rose from the old black metal drum grill.  Herbs and spices melded together in a rich and zesty aroma.  The beautiful blue Caribbean Sea sparkled beyond the lush green lawn and gardens.

Yaaman Adventure Park, just outside Ocho Rios, Jamaica, boasts a “secret river”, a mud-buggy tour, and a cooking class.  I opted for the latter.

The Park sits on the site of the former Prospect Plantation.  The land still produces the Plantation’s erstwhile cash crops, limes and pimento, which Americans know as allspice.  Pimento/allspice is a key ingredient in Jamaican cooking.  It’s also one of the island’s main exports.  And one whiff of a fresh lime told me that every lime I’ve ever purchased was past its peak.

The 1,000-acre Plantation was the Jamaica home of Sir Harold Mitchell.  The Scottish-born baronet and Member of Parliament served as Vice Chairman of the Conservative Party under Sir Winston Churchill. 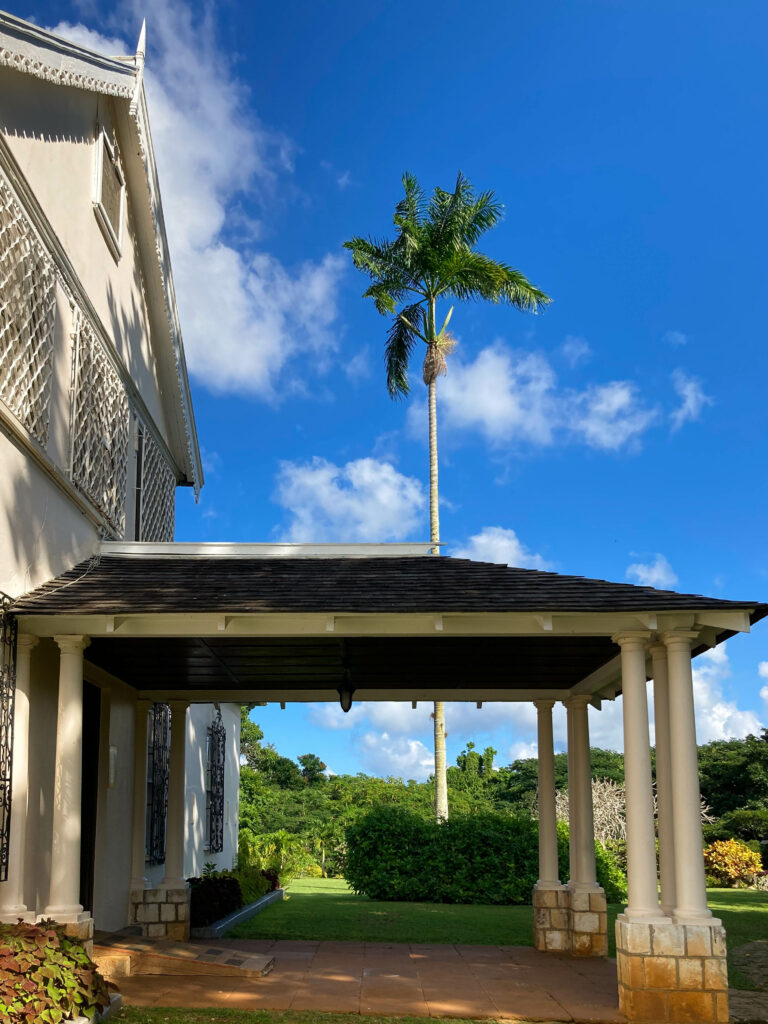 Our cooking class took place at the Plantation’s great house on the rear veranda, which overlooks the gardens and the Sea.

The house is small by American plantation standards. 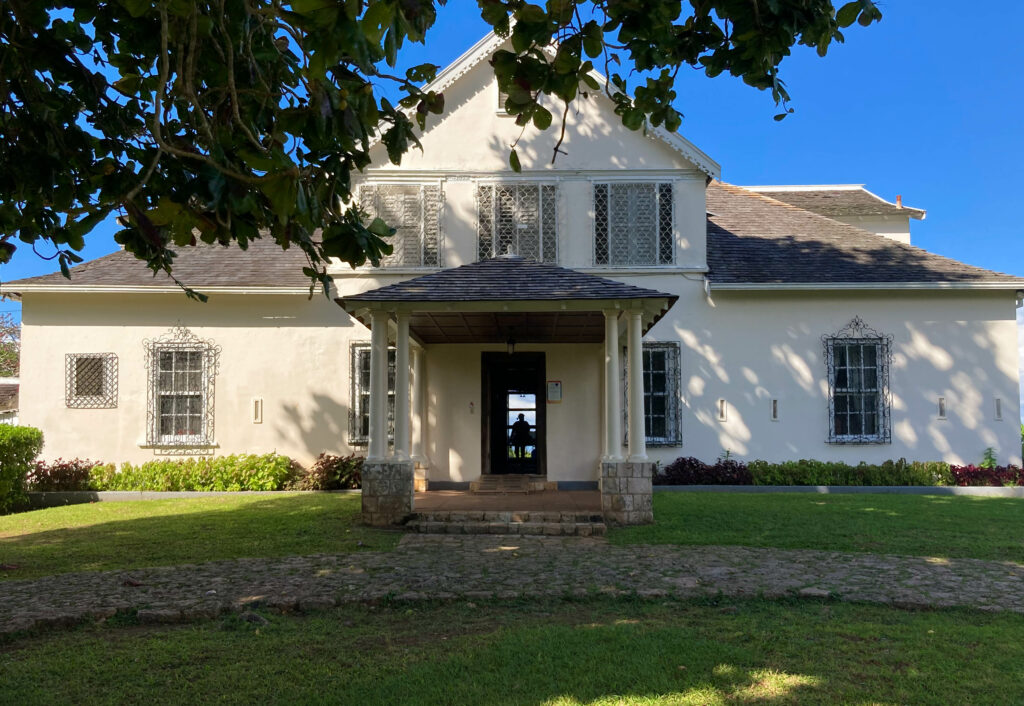 But it teems with history. 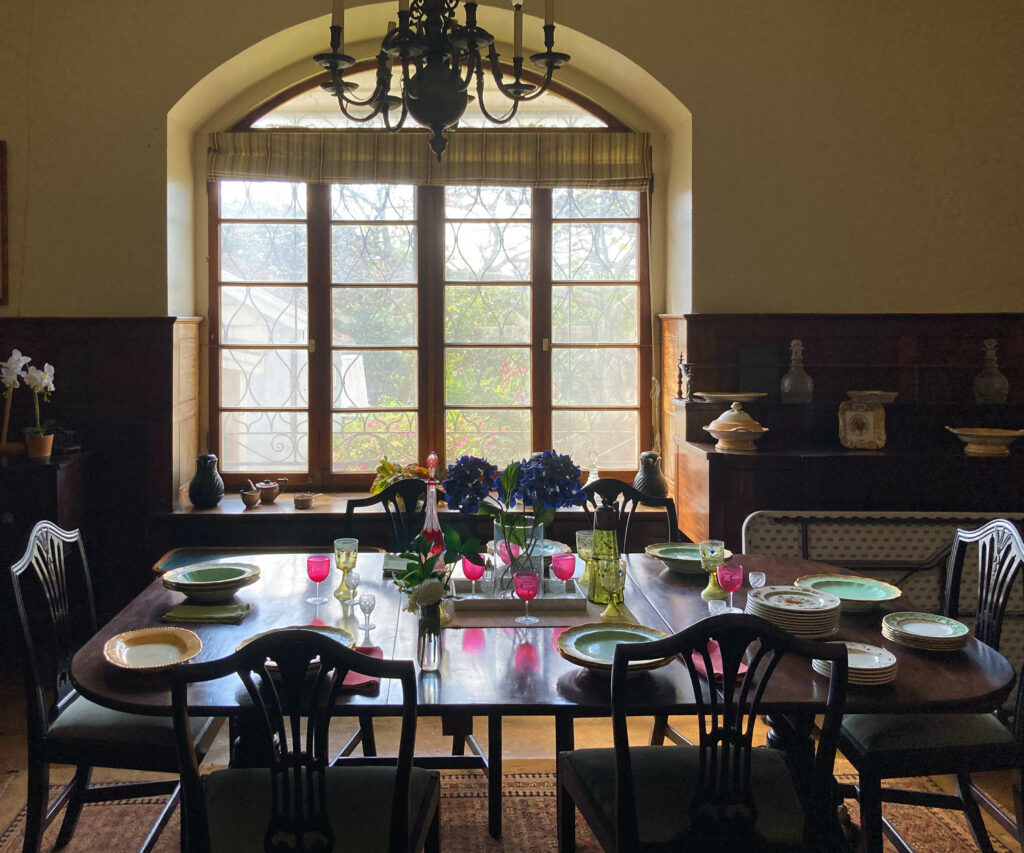 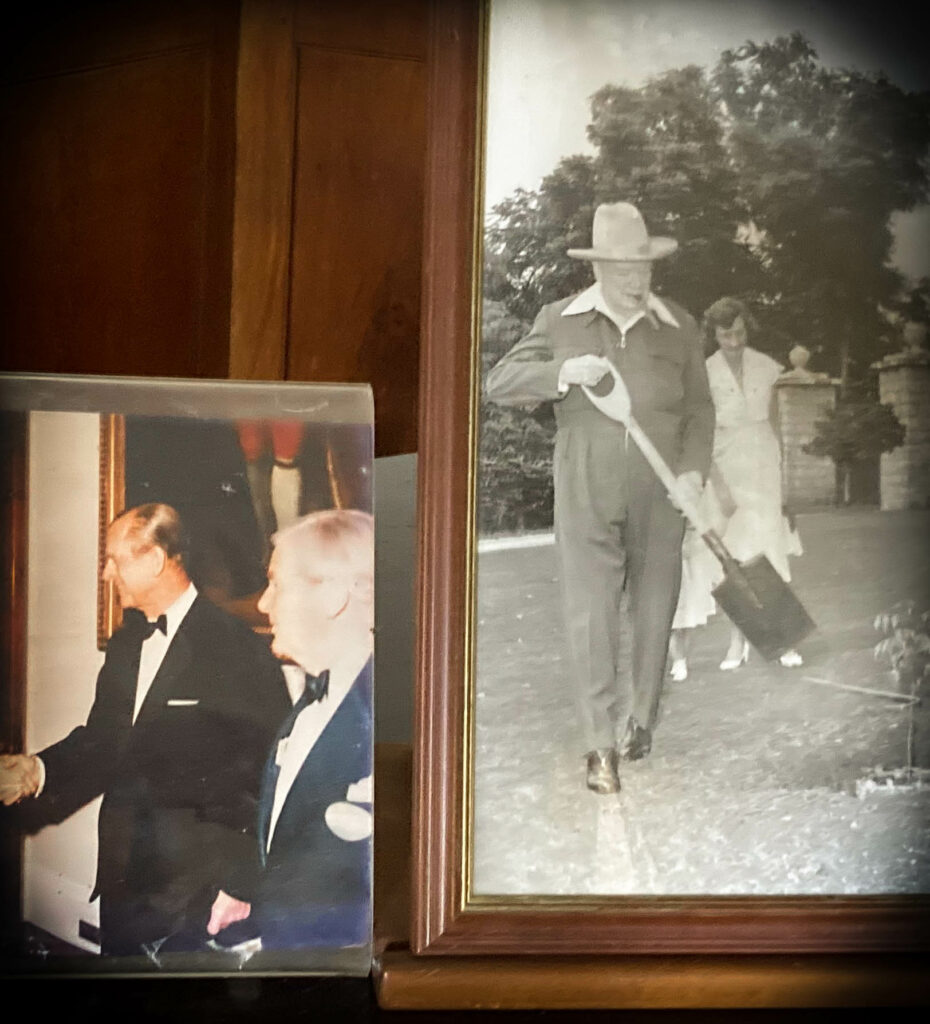 On the front lawn soars a magnificent mahogany tree that Sir Winston Churchill planted in 1953. 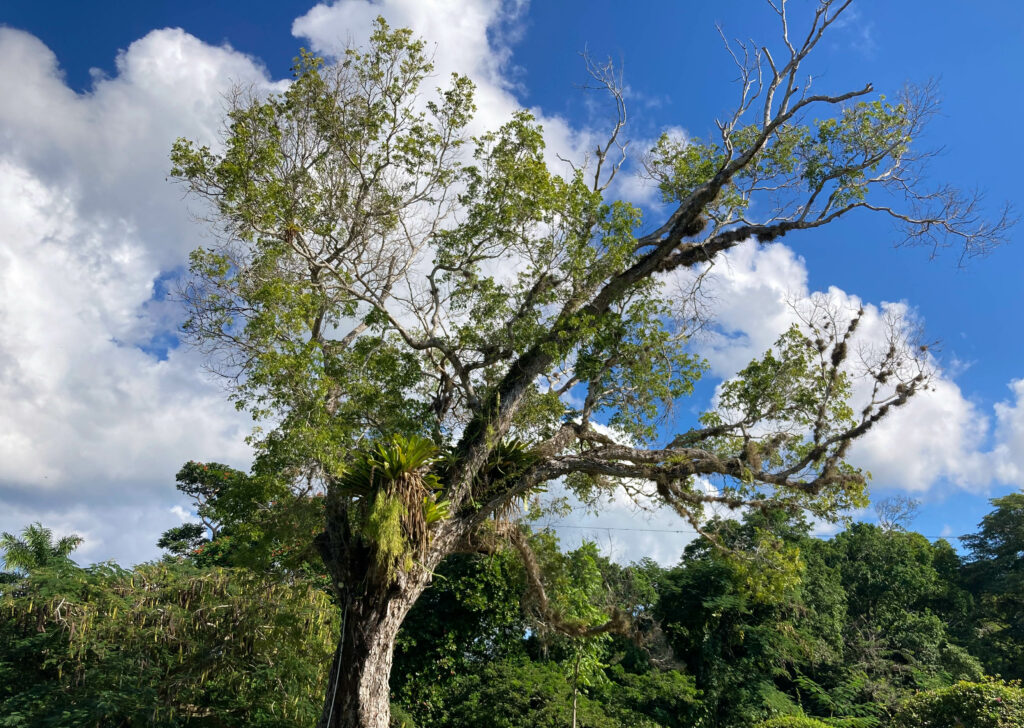 To reach the house, my classmates and I rode in an open-air, tractor-pulled jitney through the lush green land with its tall trees.  The ride was similar to the tractor tour at Boone Hall.

The grill was already flaming when we arrived, ready to learn how to prepare a traditional Jamaican meal of:

Jerk is a cooking method.  Jerk meat is:

2) grilled for approximately 8-10 minutes on each side, resulting in a nice char on the outside while the meat remains tender and moist on the inside

3) topped with firey jerk sauce made with:

(I opted for a dollop on the side, as I have a low heat tolerance.)

Creamy coconut sauce has a mild flavor and is made by reducing coconut milk with jerk seasoning, thyme, minced garlic, diced tomato, and chopped onion and bell pepper.

This was the surprise hit of the meal for me.  Festival bread is biscuit-sized pieces of sweet cornmeal-based dough, kneaded into different shapes, and then immersed in hot vegetable oil for about five minutes.  It’s like a cross between Johnny cakes and doughnuts, or like big hush puppies without the hard crust.

We sat on the wide veranda, with its beautiful view, and tucked in to the yummy traditional meal we’d helped prepare. 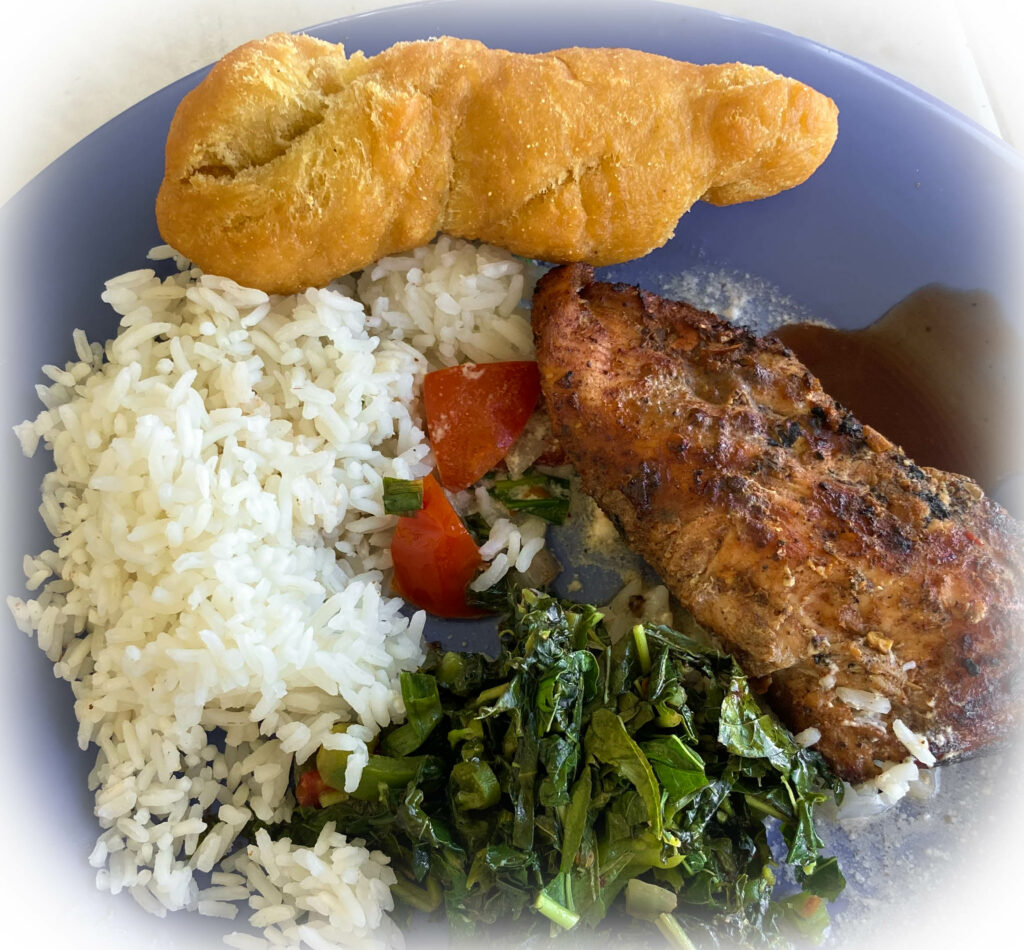 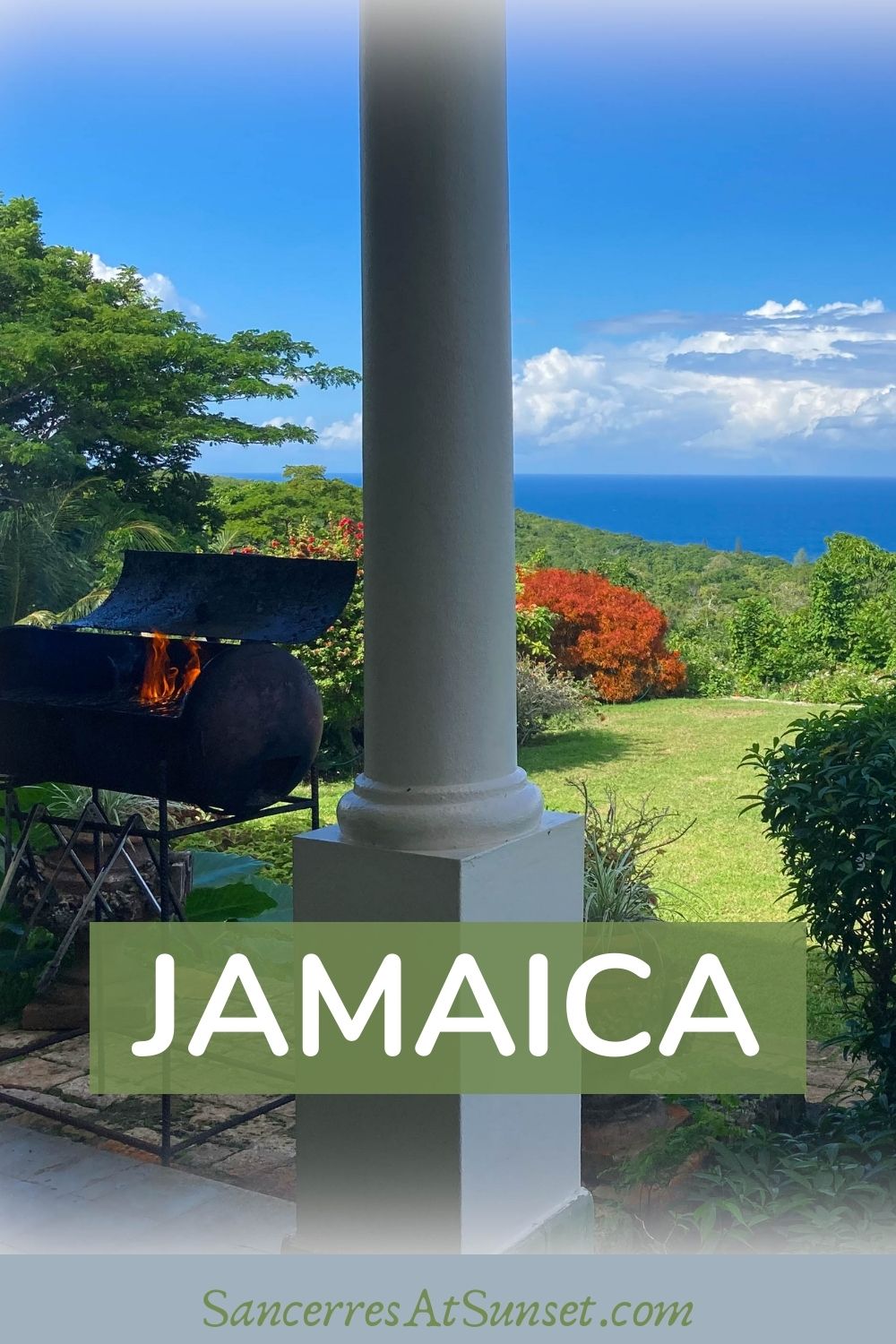