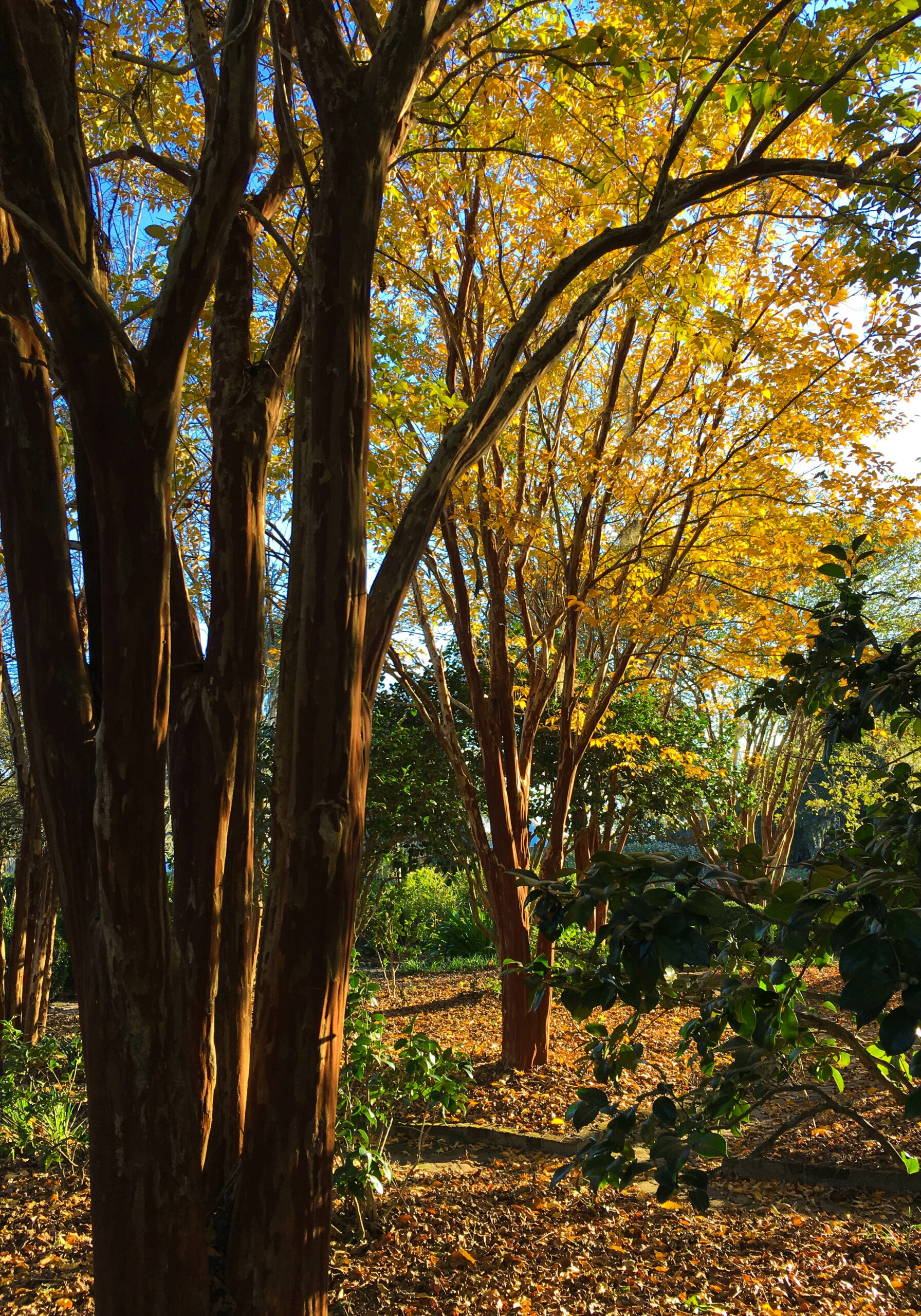 Boone Hall is one of the oldest working plantations in America.  Since its founding in 1681, it has produced a range of goods from cotton to pecans and been owned by a cast of colorful characters from an early English settler to a Georgian prince.

The plantation is named for its first owners Elizabeth Patey Boone and John Boone, who received the land as a wedding gift from her father.  John Boone was one of the first English settlers to arrive in South Carolina, where legend has it he amassed wealth and power through a range of unsavory activities from slave-trading to tax assessment.  The couple were great-grandparents of Founding Fathers John and Edward Rutledge.

Highlights of a visit to Boone Hall include:

The Avenue of Oaks

In true Southern style, the plantation is designed to impress.  Its 3/4-mile driveway is a magnificent allee flanked by live oak trees.  The trees drip with Spanish moss, and their upper branches reach above the allee to form a graceful canopy. 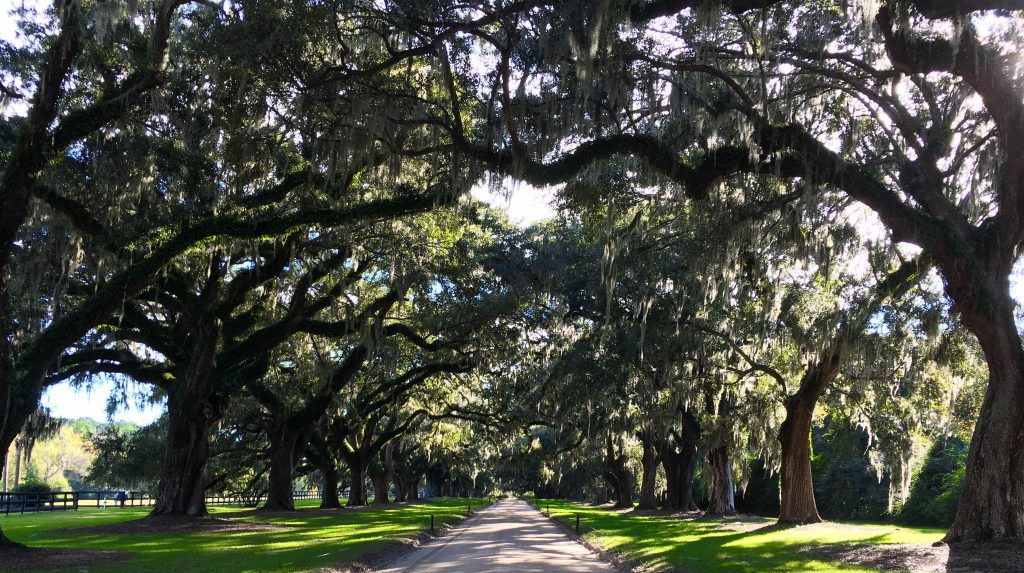 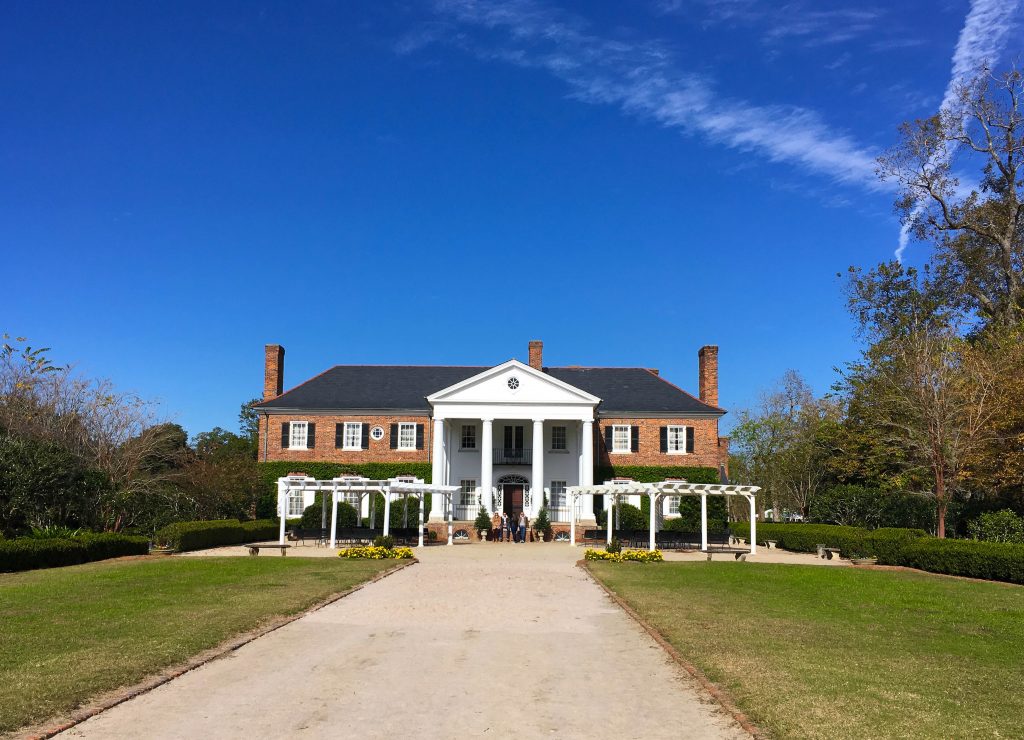 It features a large front porch with six white pillars and was used as the Main family home Mont Royal in the television mini-series North and South, based on the trilogy by John Jakes.  Visitors can tour the first floor, which is decorated with period furnishings and fabrics to evoke the home life of an antebellum coastal Carolina planter and his family. 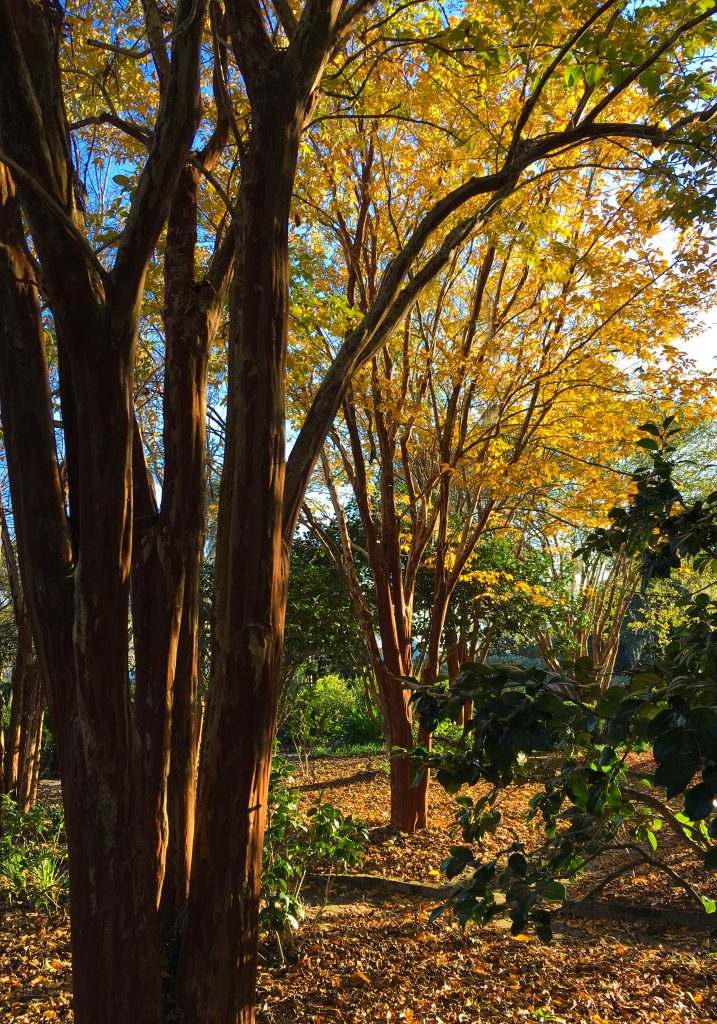 There are two gardens in front of the plantation mansion, joined by a winding brick pathway in the pattern of a butterfly.  The gardens bloom year-round with colorful flowers, including antique roses more than a century old.  (This was my favorite part.) 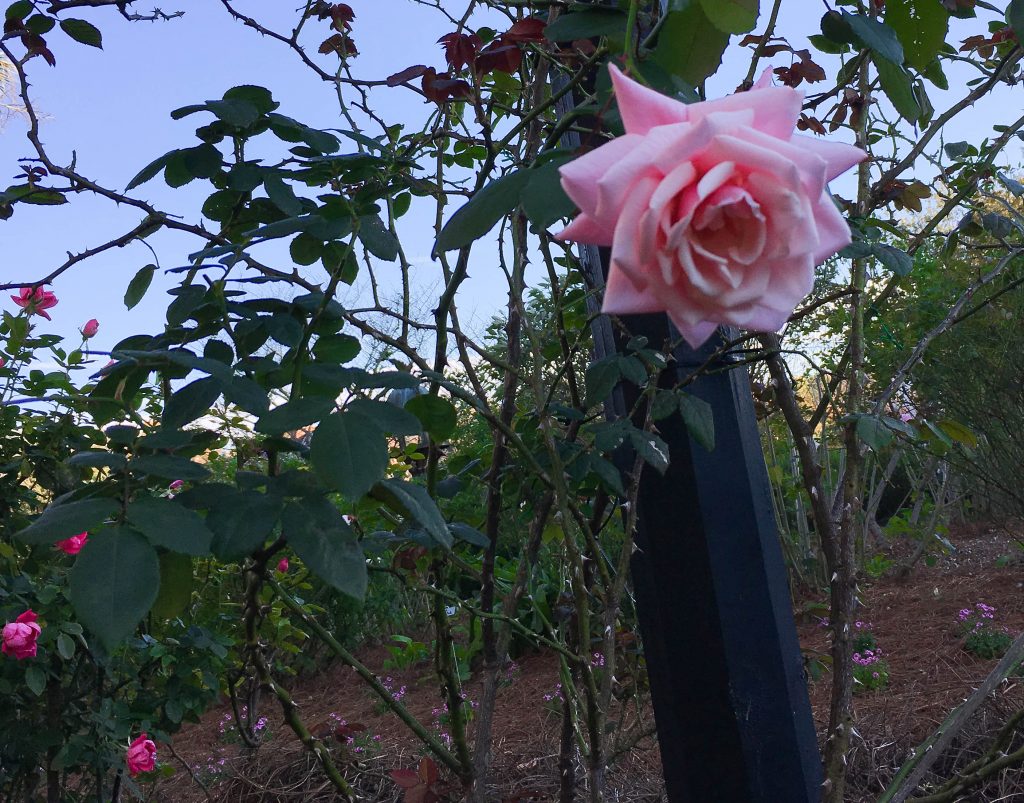 The marshy banks of the creek make a nice spot to stroll, especially for those of us who love the water. 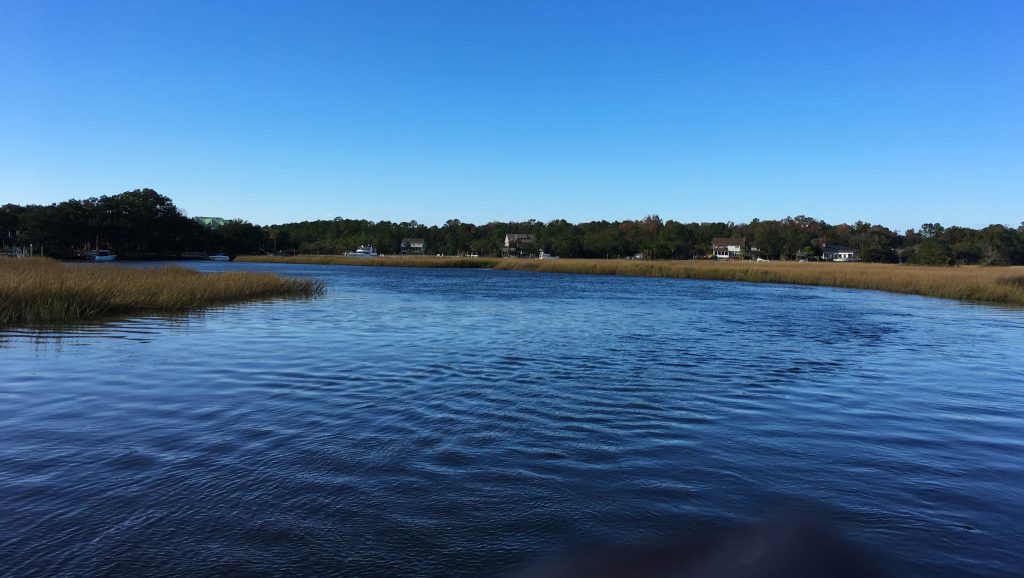 One of the more unique offerings at Boone Hall is a half-hour ride on a tractor-pulled trolley, during which guests can see the growing crops, as well as a set from the television mini-series Queen, based on the novel by Alex Haley.  (The really unique part of our ride was when the hitch connecting our first trolley with a second broke off, and the fortunately empty second trolley rolled away backwards, as those of us riding in the first shouted louder and louder to get the driver’s attention over the noise of the tractor.).

During 1790-1810, nine slave cabins were built alongside the Avenue of Oaks, deliberately placed as yet another declaration of wealth.  Today they form one of the few still-standing slave streets in America. 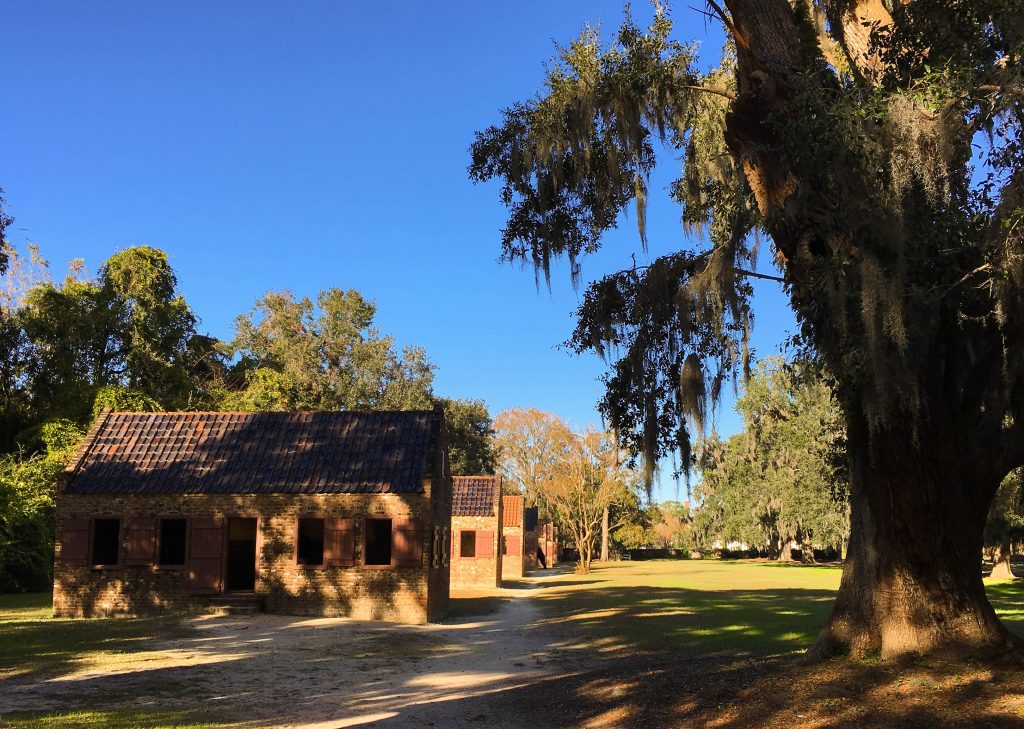 Boone Hall uses these cabins to tell the story of the slaves, and later share-croppers, who lived in these cabins and others throughout the South. 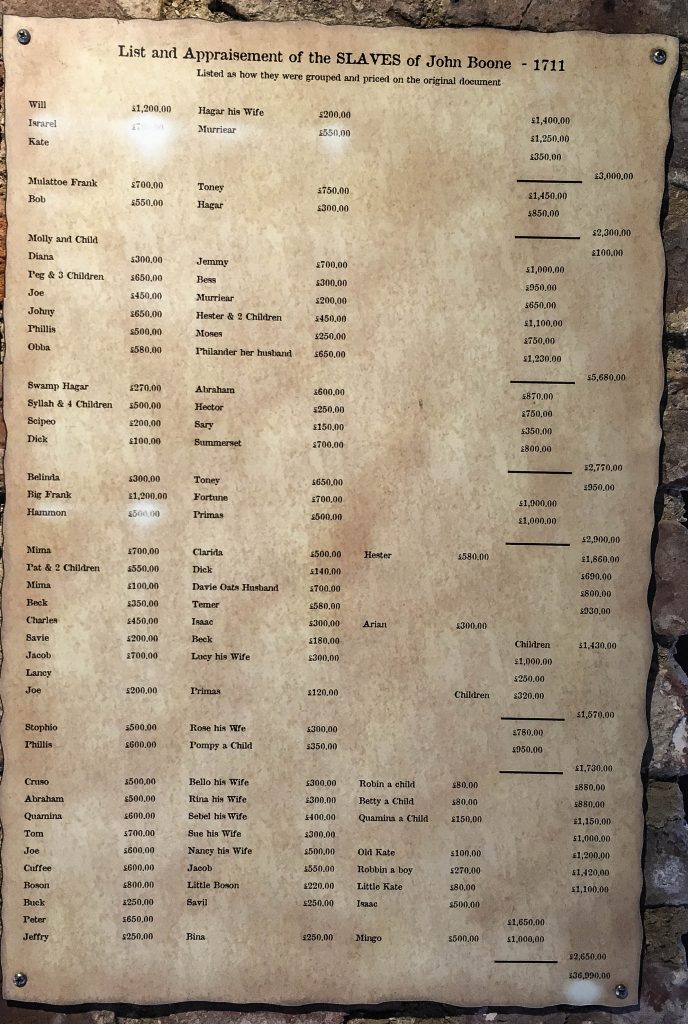 Living in the first cabin was the cook Serena Jefferson Spann.  She was born in Virginia, but in which year is unknown.  She arrived at Boone Hall in 1864 and remained until her death in 1936.  There she spent days that stretched out to decades working in a kitchen with a cast-iron wood-burning stove, cooking everything from Virginia ham to Muscovy duck, milk curds to sweet potatoes, cinnamon rolls to lemon cakes. 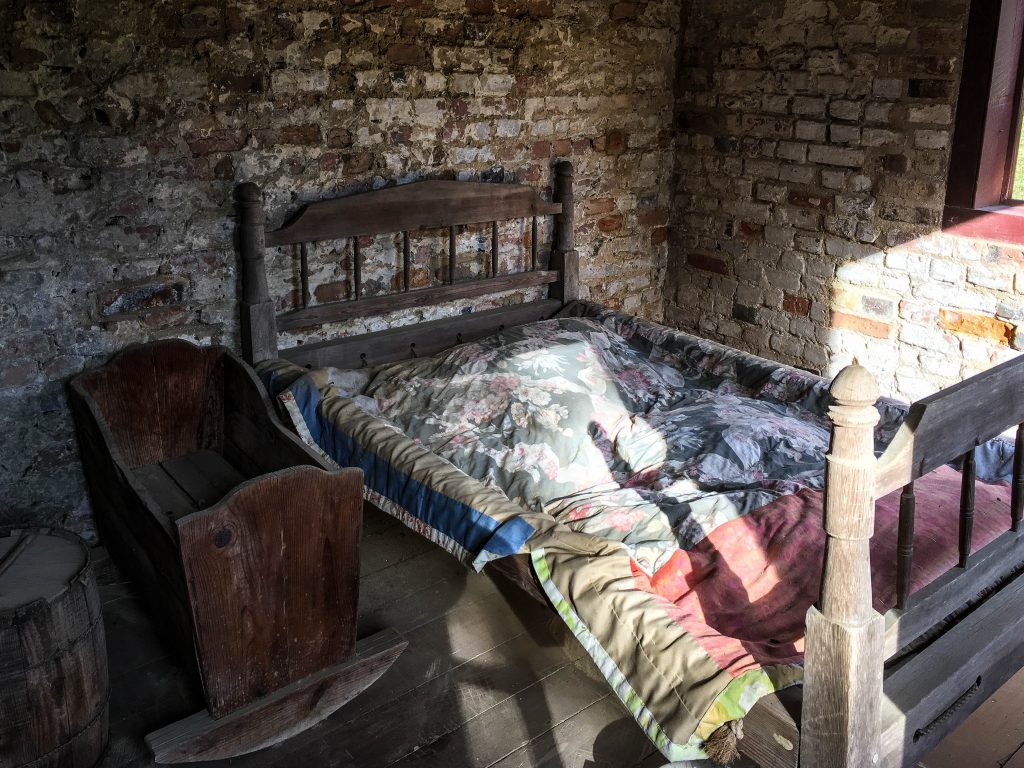 The cabins themselves tell part of the story of life as chattel, small rooms, with a central hearth, flanked by a sleeping area and a gathering area, and windows looking out toward the land to which they were legally tethered. 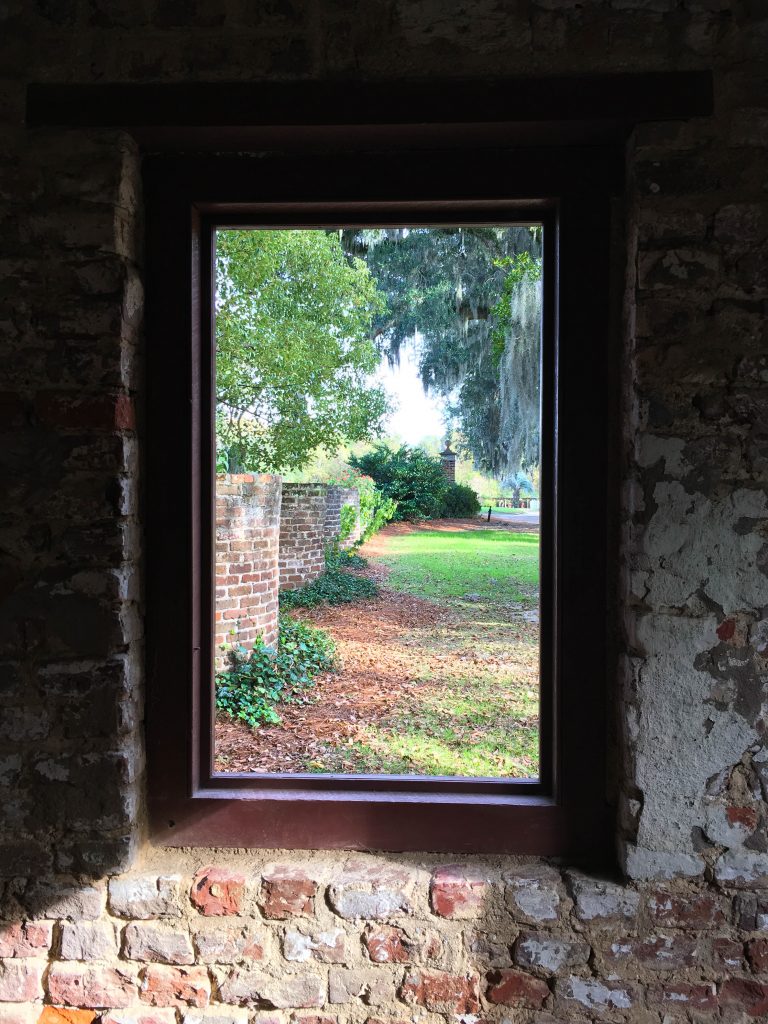 It’s painful to reflect upon how the graceful life of the plantation carried on thanks to the stolen lives of slaves. 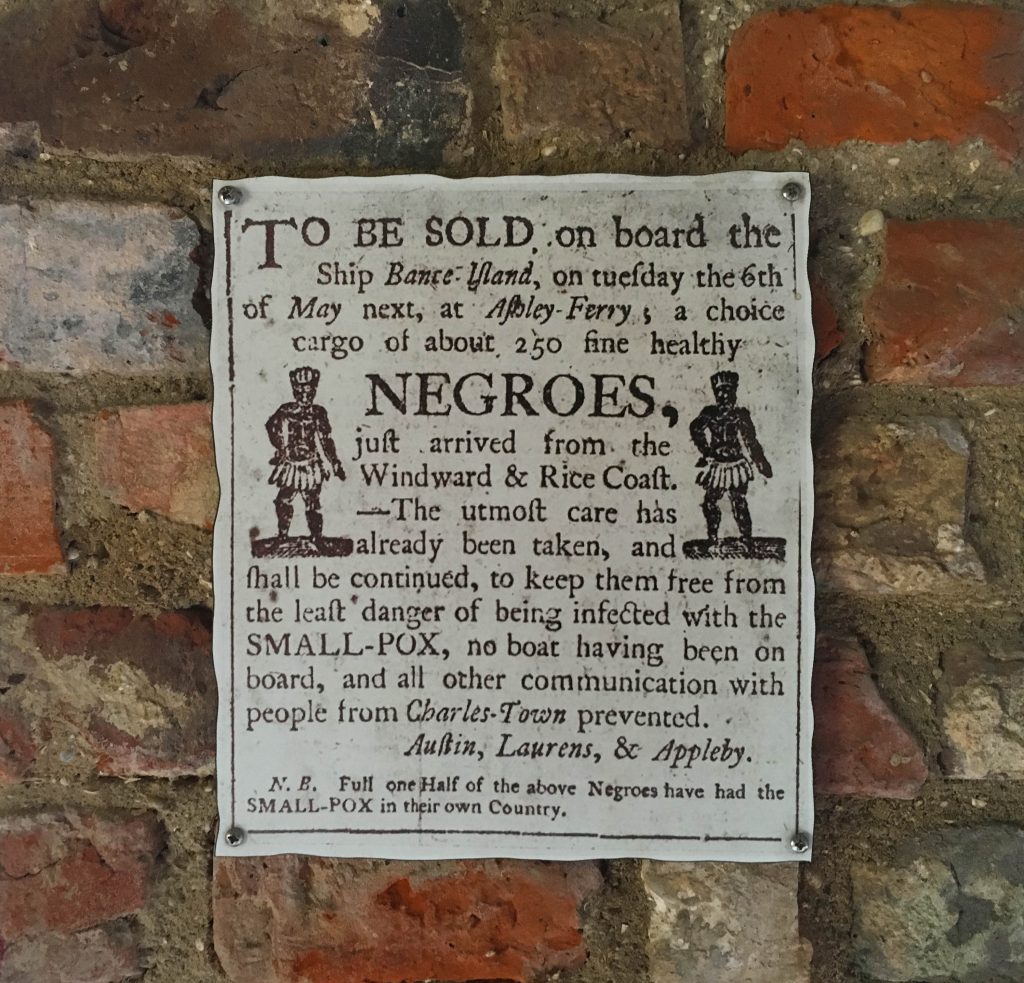 But it’s important to do so, because understanding America’s history means learning about the bad as well as the good.  Boone Hall does a responsible job of balancing both. 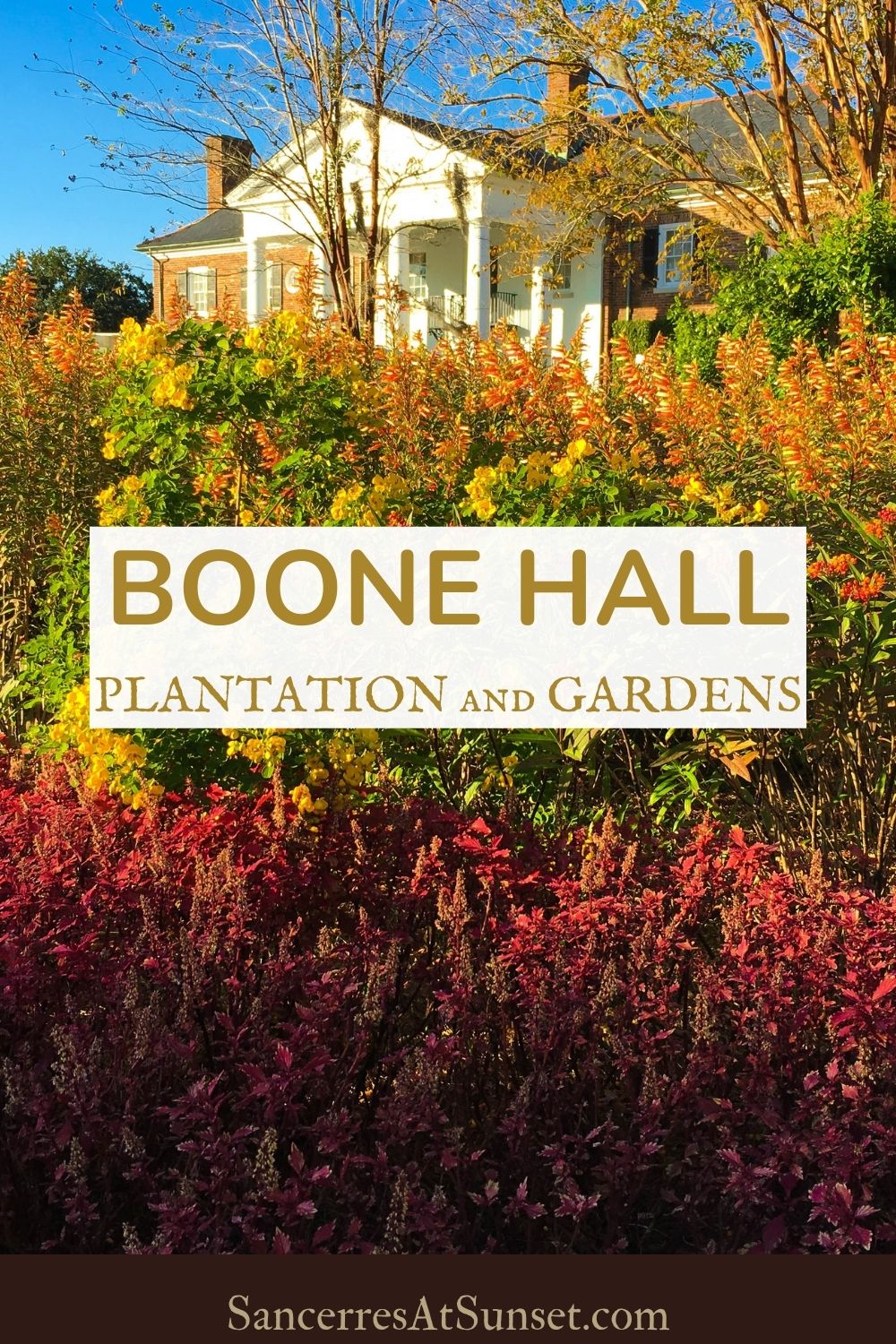