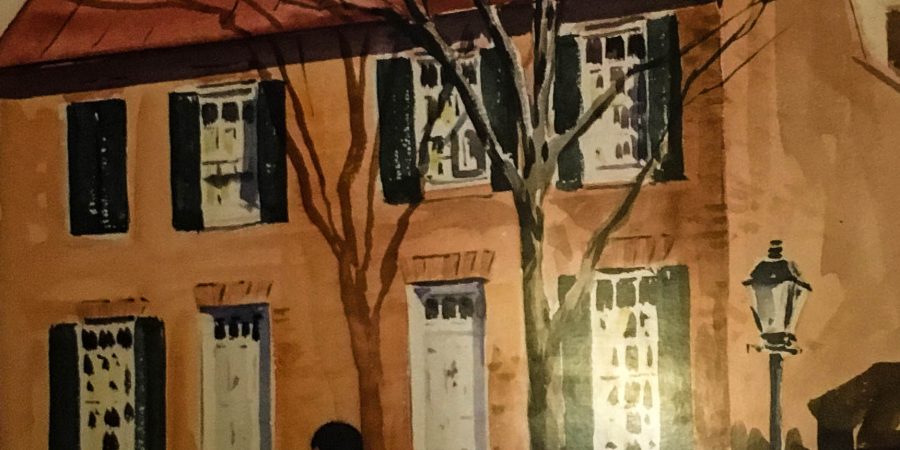 The red attic staircase is winding and narrow, so narrow that only one visitor at a time can climb up and peer into the the small bedroom once likely occupied by Edgar Allan Poe. 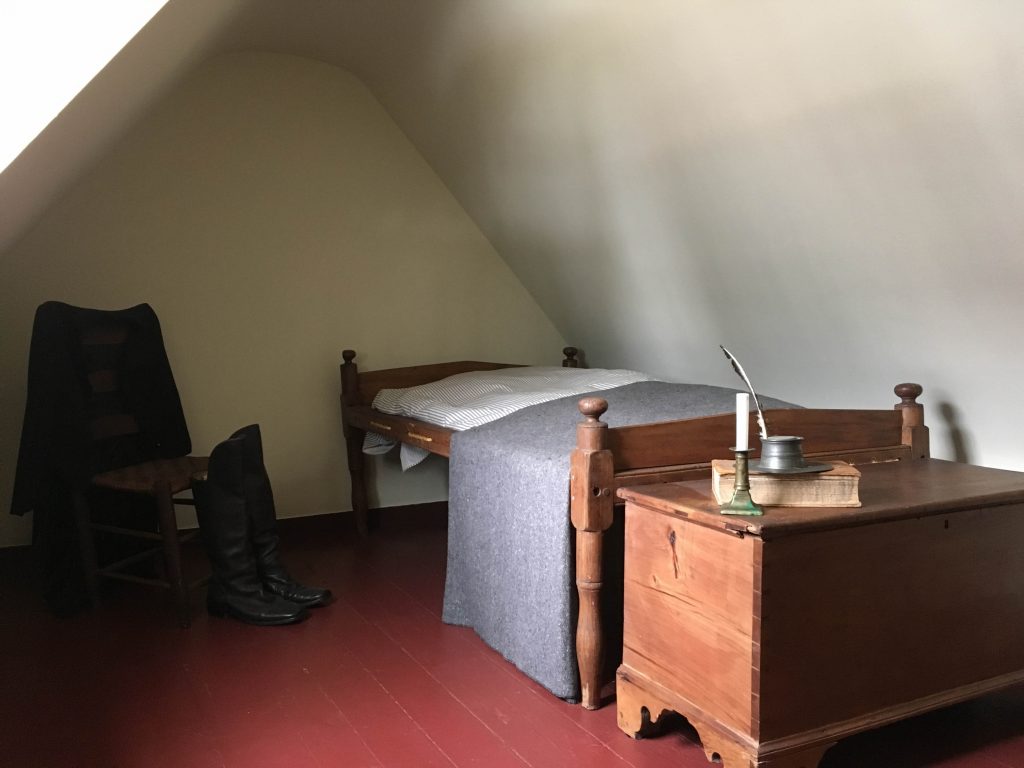 The 2.5-storey gabled brick Edgar Allan Poe House and Museum too is narrow, now narrower by half than when Poe lived there during 1833 to 1835.

Once a duplex, its left side was demolished to build row-houses in 1938.  The five remaining five rooms display china and candles, framed pictures and critics’ quotes. 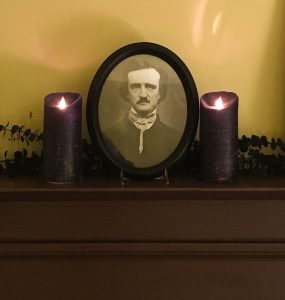 If it’s October in Baltimore, there must be something Poe-related going on.  This year, my companion and I decided to check out the International Edgar Allan Poe Festival.  The inaugural event offerred two days of presentations and performances honoring one of the founding fathers of American literature, as well as the opportunity to buy spooky kitsch, eat fatty foods, and swig Raven beer.  But the highlight for us was “The Dead Edgar”.

We could hear impassioned poetry and melancholy music as we climbed to the second-floor in the Poe House.  A small group was gathered in an unassuming bedroom around Robert Frank, sporting black period costume, black nail polish, and black make-up smudged around his lips and eyes, reciting poetry as Poe risen from his Baltimore grave. 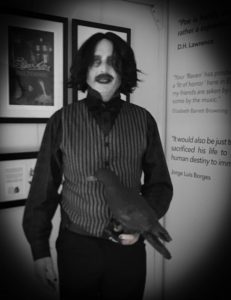 He introduces each poem with a quote from the poet and then performs it from memory against the music of Frederic Chopin or Thomas Newman.  “I think I’m the only one who’s made the Chopin connection,” enthuses Frank, who in real life works as a realtor in Galveston.  He notes that the pianist-composer and the poet-critic lived at the same time and died within days of each other.  The music helps heighten the haunting performances, as the Dead Edgar brings to life the heartbreak of Annabel Lee or the frenzied despair of The Bells.

It’s uncertain which of Poe’s works were actually written at the house or even in Baltimore, as many were rejected by publishers for years.  But perhaps that disappointment contributes to the melancholy beauty of Poe’s macabre writing and enhances the genius’s classic relevance.  Beating beneath Poe’s unique brilliance is a heart of the mundane, the quotidian, the primal–loss, fear, guilt, death.  Tapping into the subconscious decades before Sigmund Freud, Poe’s works ring true to anyone who’s faced a dashed hope or a broken heart, if not pestilence and plague, the Spanish Inquisition, or a talking, taunting Raven.

The Edgar Allan Poe House and Museum is located at 203 North Amity Street in Baltimore.  It’s open Thursday-Sunday, 11am to 4pm.  General admission is $8.  If you’re coming from one of Baltimore’s main tourist sections, I recommend Lyft.

To find and book fully cancellable activities and tours in Baltimore, click here.

Baltimore offers a range of hotels including: 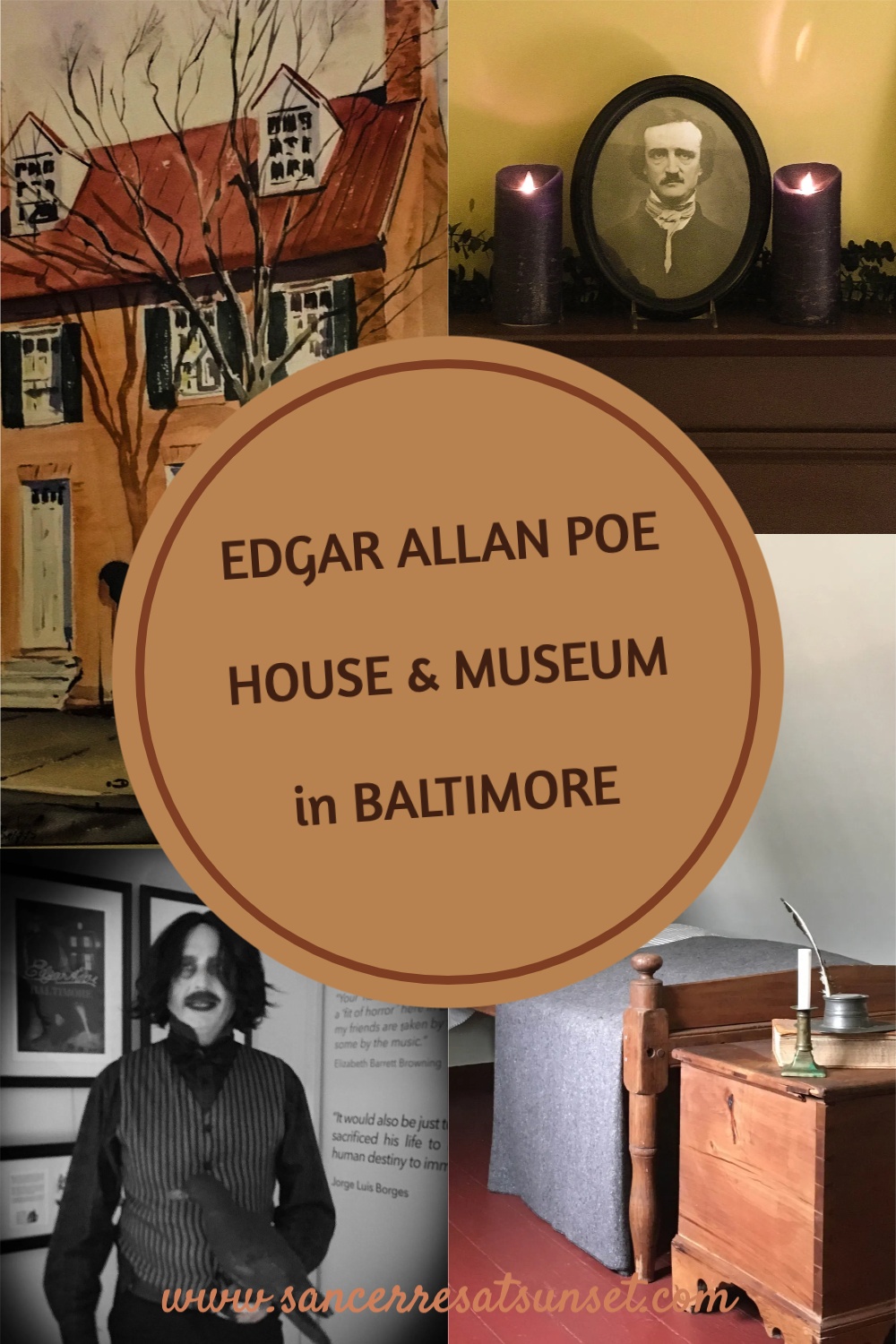 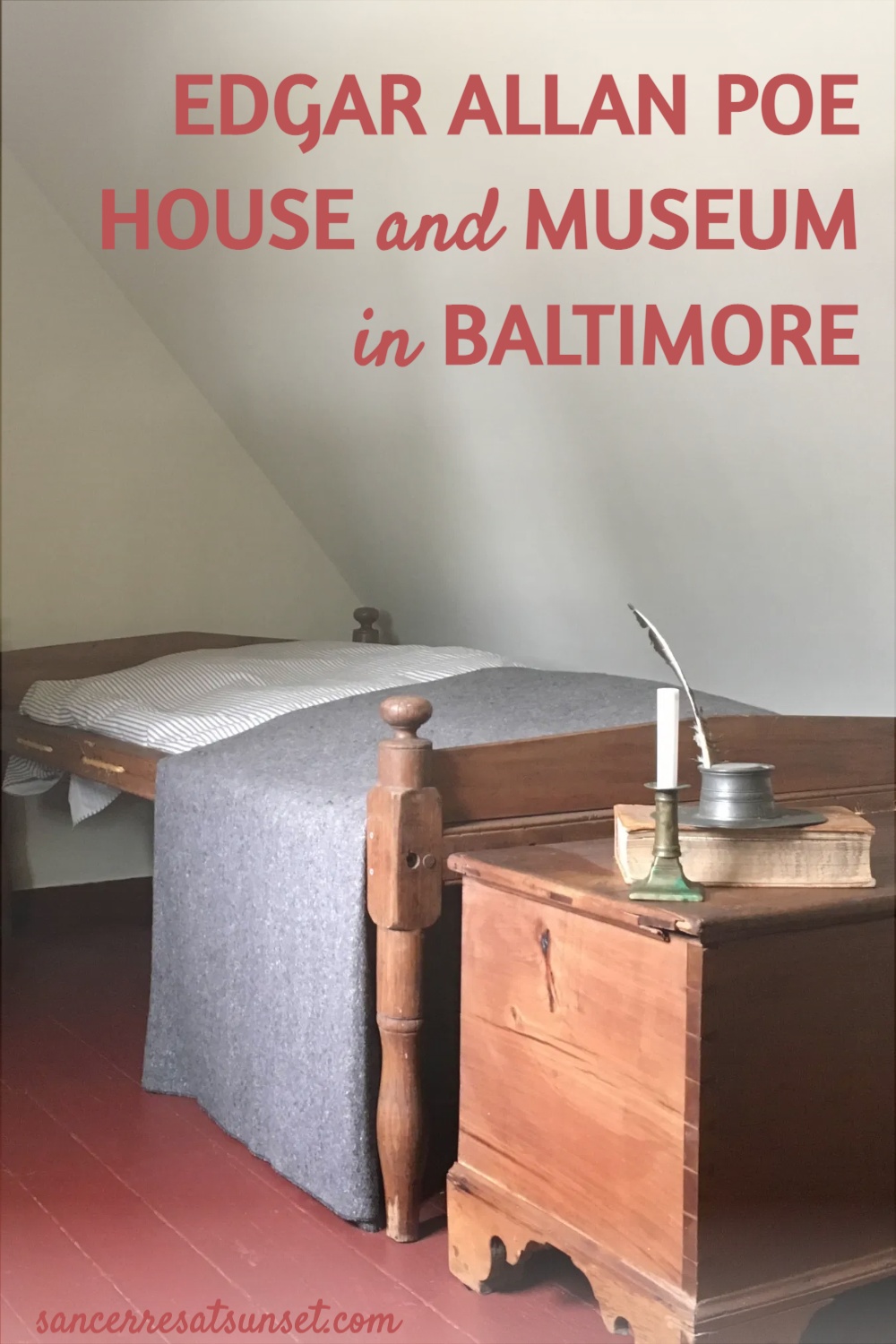 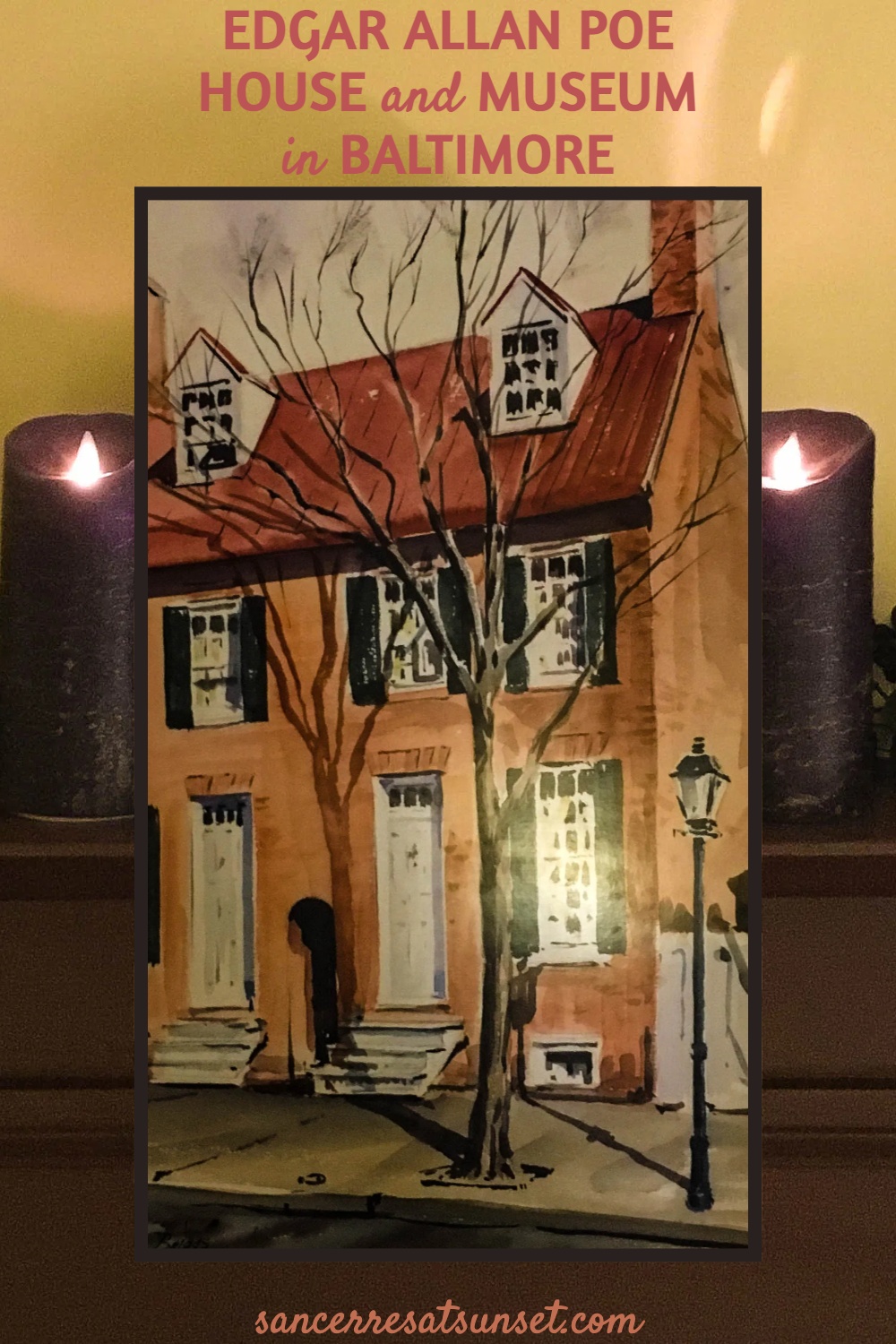 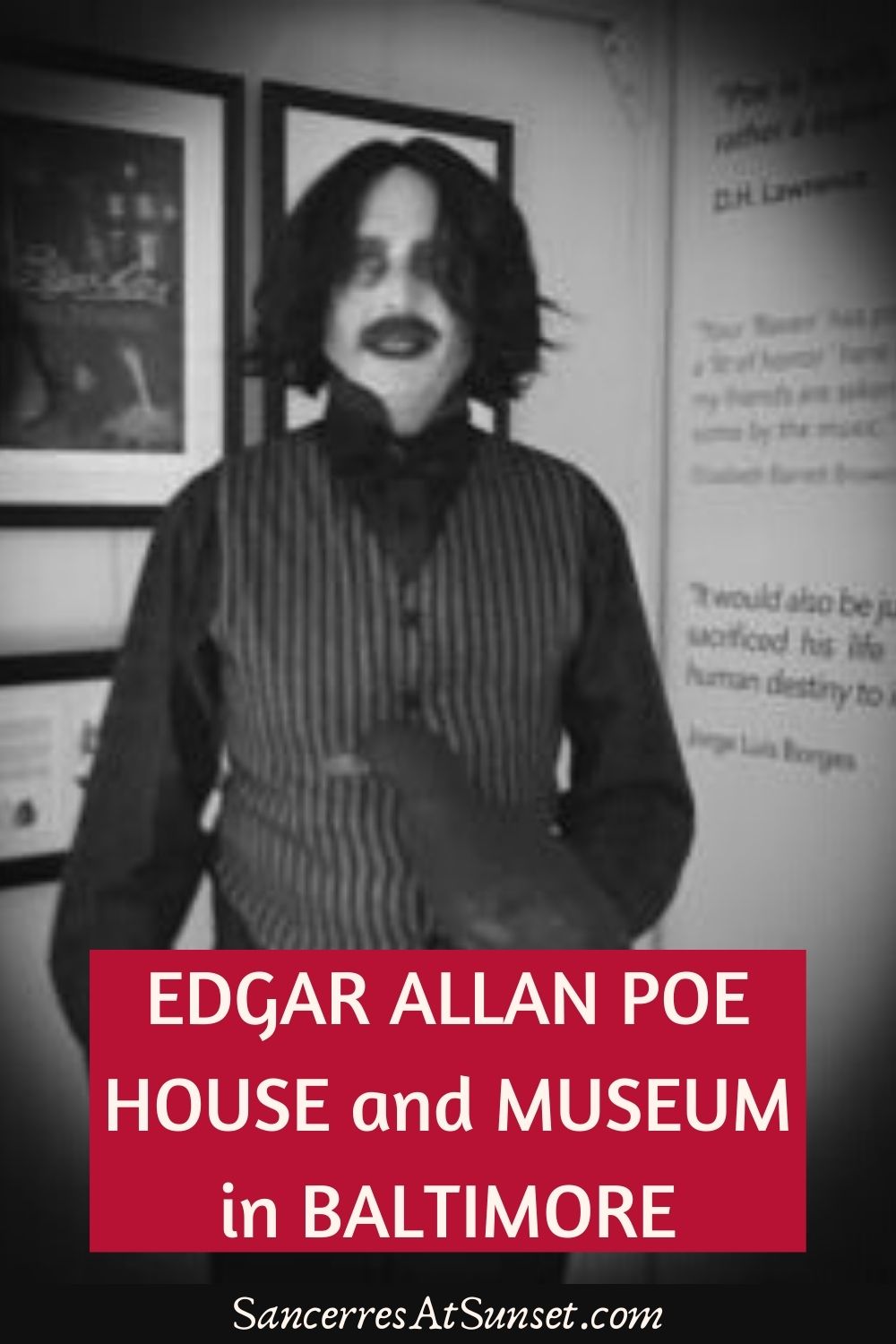