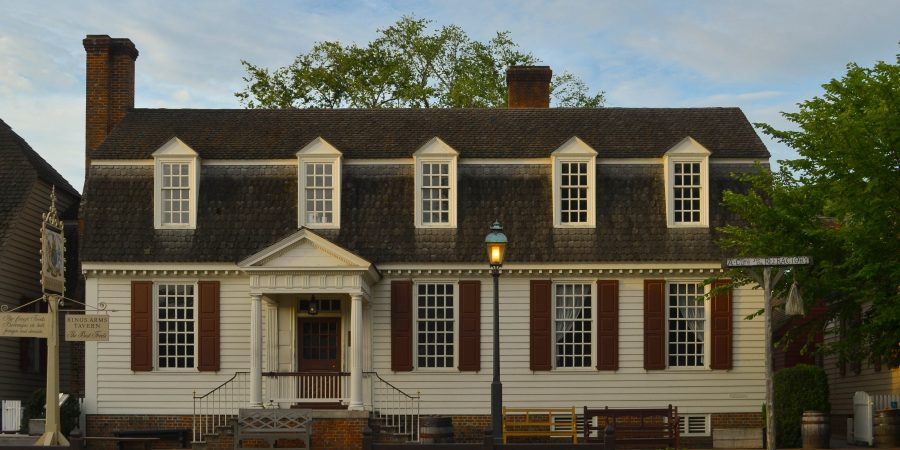 The King’s Arms Tavern in Colonial Williamsburg is a throwback in time to the elegance and excitement of the 18th century.  The reproduction Chippendale and Queen Anne furniture, and the maps and other prints on the painted wooden walls of the Tavern’s tightly packed eleven rooms, represent styles favored by the well-off planters and other ladies and gentlemen in the very stratified society of colonial Virginia.

Seated at a wooden table, I pick up the pewter salt cellar.  It feels cool and slightly gritty to the touch, and sounds a soft clap when replaced on the table.

The King’s Arms opened in 1772, although during the War for Independence its name was changed to Mrs. Vobe’s, after its owner, and later to Eagle Tavern. Today it operates under its original name, and offers a comforting continuity in Colonial Williamsburg.

Taverns like the King’s Arms, as well as coffeehouses, figured prominently in the birth of the American republic. Mrs. Vobe’s provided food, drink, and lodging to American soldiers. George Washington sometimes dined there when visiting Virginia’s capital.

They also provided venues for men catch up on the news and debate events of the day. In the 21st century, servers in period costume bring baskets of bread lined with reproductions of the Virginia Gazette.

The Tavern offers 18th-century menu choices including peanut soupe, fried chicken, and game pye, which features venison, rabbit, and duck. They have a daily pasta dish, and call it macaroni. The meaty fare smells hearty, and it is–soft comfort food whose flavor comes from its main ingredients rather than blends of spices and herbs.

Baron von Steuben once ran up a bill of 300 Spanish dollars for food, drink, and lodging there, and it’s not hard to imagine how.  But like Mrs. Vobe’s clientele, today’s visitors are paying for the atmosphere and the location near the Capitol.

And travellers who want to include an 18th-century dining experience in their Williamsburg visit may well find it worth planning for a meal at the King’s Arms Tavern.

The King’s Arms Tavern is located at 416 East Duke of Gloucester Street, a short walk from the Capitol.

The King’s Arms is open on Thursday-Monday for lunch during 11:30-2:30 and dinner during 5-7:45. On crowded days, I recommend lining up around 11:15 for lunch and making reservations for dinner.

The Tavern has no official dress code. I recommend nice casual attire.

Would you like to try the King’s Arms recipes for Sweet Potatoes or Chicken Pot Pie at home? Check out The Williamsburg Cookbook. I keep my copy handy on the breakfast bar!

To find and book fully cancellable tours and activities in Williamsburg, click here. 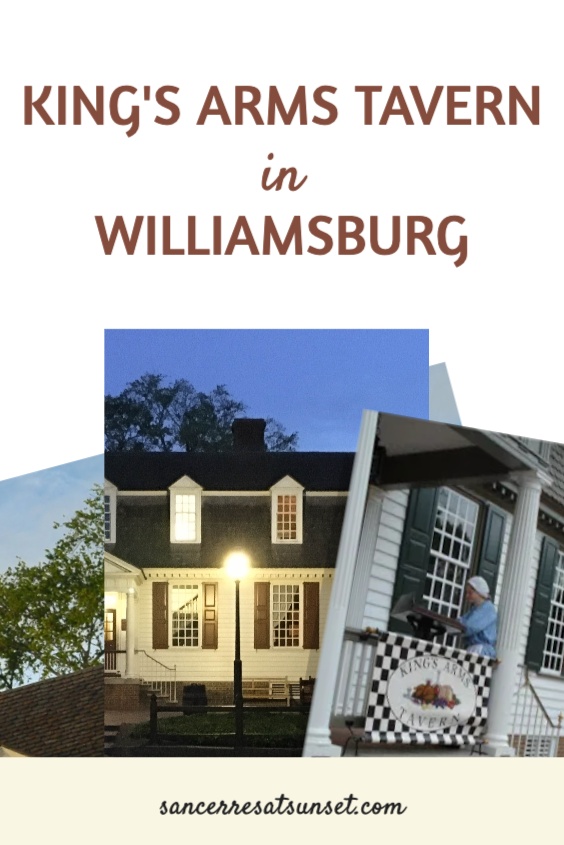 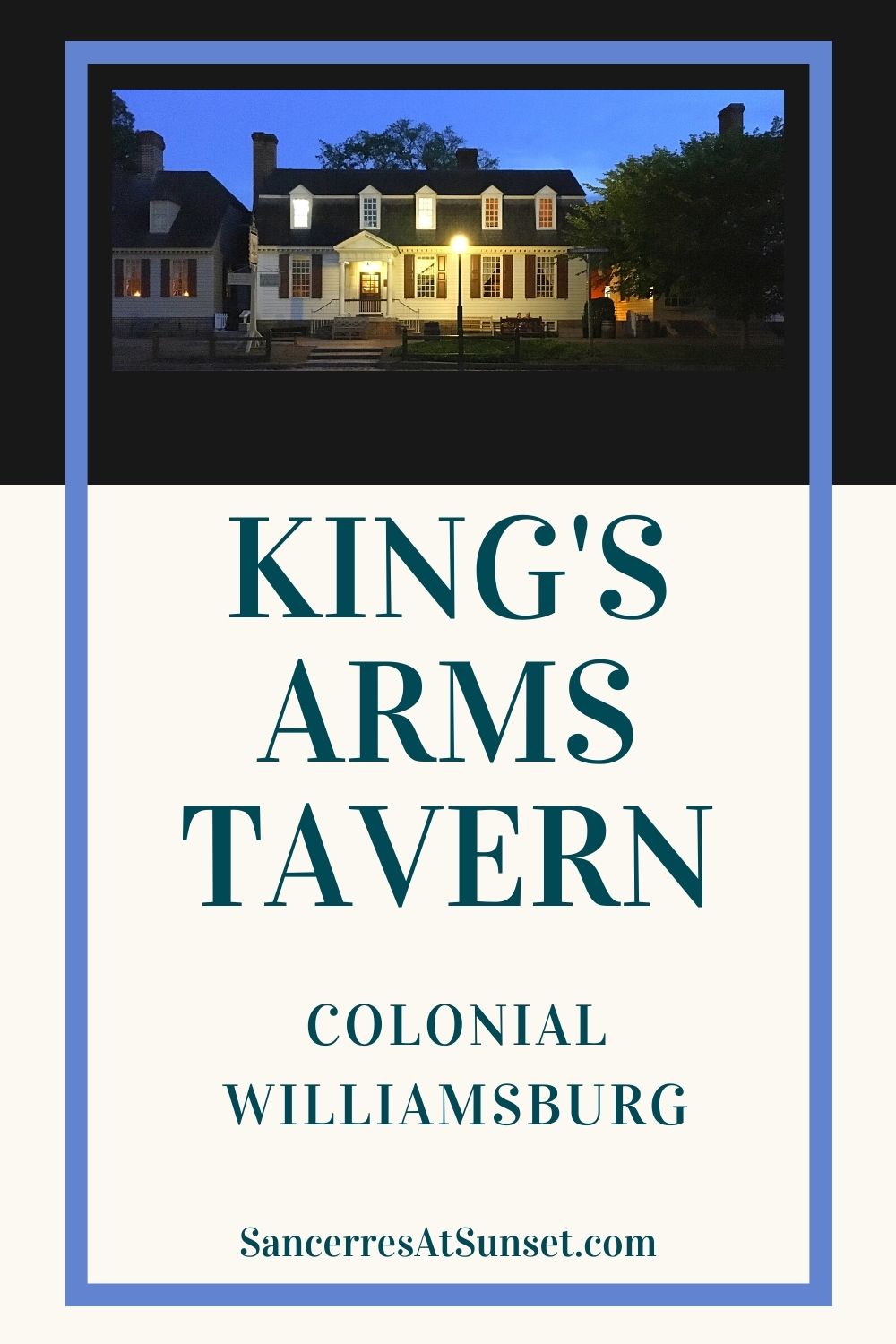 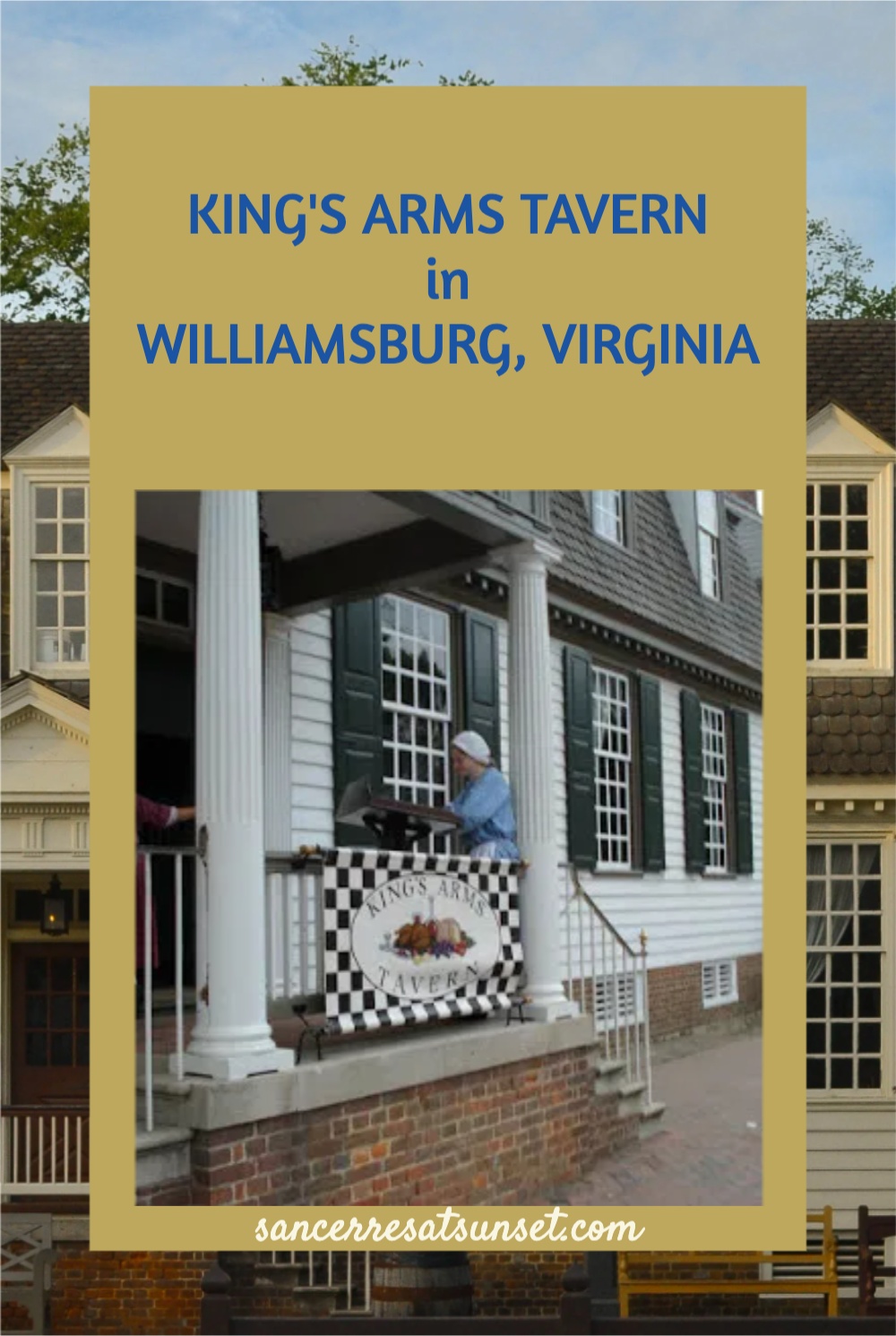 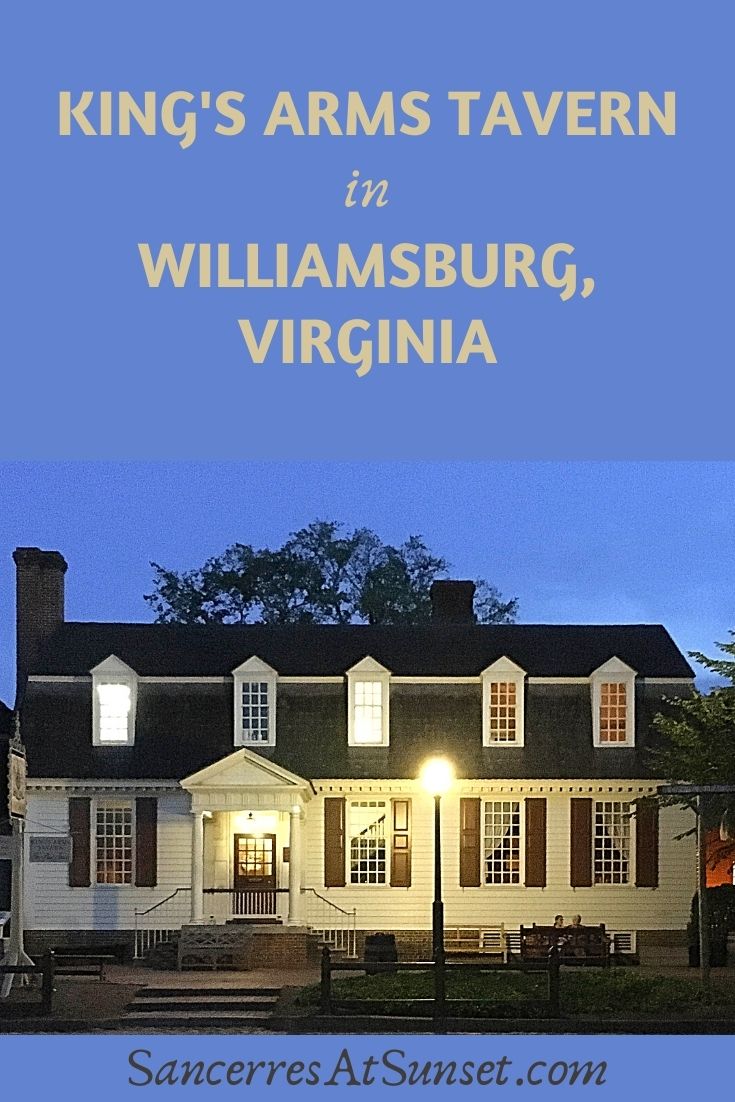