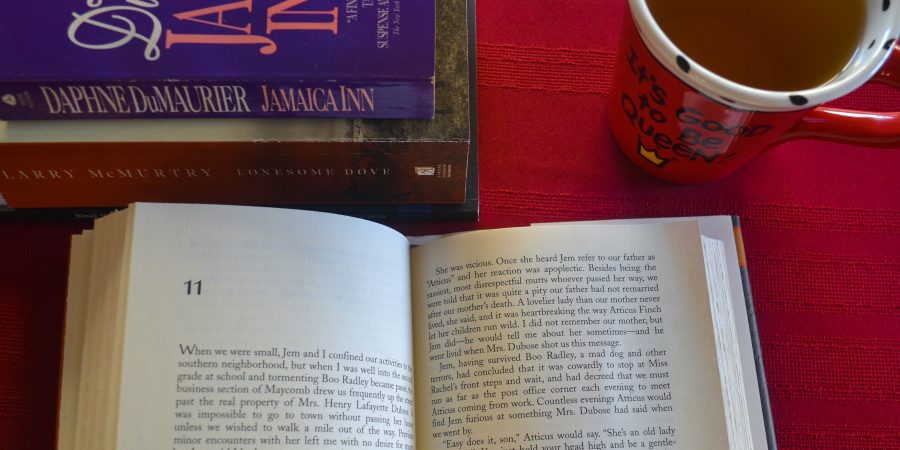 I’ve always loved reading, but I don’t think I’ve ever been more grateful for books than I have been over these last long months, as lockdown drags on and on and on.  A good story is one of the few things we have left to lift us out of our isolated selves.  Here are ten of the great ones:

The Count of Monte Cristo, by Alexander Dumas, is a story about a young man wronged by those he thought were his friends and his quest for revenge.  It is set during the early 1800s in Napoleonic France.  It is my favorite novel.

Wuthering Heights, by Emily Brontë, is romantic, wild, passionate, and supernatural, with a main character fascinatingly malevolent and strange.  It is set during the 1700-1800s in Yorkshire.  It is a complicated novel, full of flashbacks and shifts in narration, but with beautiful poetic writing.

The Scarlet Letter, by Nathaniel Hawthorne, is the story of Hester Prynne; an intelligent woman legally shamed and shunned after bearing an illegitimate daughter, Hester becomes more and more contemplative and free-thinking as a result of her punishment.  It is set during the 1640s in the Puritan colony of Massachusetts Bay.

Bleak House, by Charles Dickens, is a satirical story about the English Chancery Court system, full of the author’s trademark subplots and colorful characters.  It is told alternately by a first-person character narrator and a third-person omniscient narrator.  It is set in Hertfordshire during the early 19th century.  While the author is better known for A Christmas Carol and other novels, Bleak House is often considered his best.

Tess of the d’Urbervilles, by Thomas Hardy, is the haunting tale of a poor young woman violated by a well-off man.  It is set in the author’s fictional Wessex, England, in the 1870s, during the Long Depression, an economic contraction considered even harsher than the later Great Depression.  The novel was originally very controversial, thanks to its condemnation of Victorian social mores.

Jamaica Inn, by Daphne duMaurier, is a gothic story of Mary Yellen, a young woman taken in by an aunt whose husband is involved with a band of wreckers, men who cause ships to run aground, kill their crews, and salvage and sell their cargo.  It is set during 1820 in Cornwall, the author’s home area.  The story is both fast-paced and suspenseful, and, like Mary, the reader never knows which characters to trust.  While the author is better known for Rebecca, this is my favorite of her novels.

East of Eden, by John Steinbeck, is the tale of two families, inspired by the story of Cain and Abel in Genesis.  One of the main characters, Cathy Ames, is one of the most compelling female villains in American literature.  The story is primarily set during the early 20th century in the Salinas Valley in central California, the author’s home area.  Steinbeck considered the novel his masterpiece, and it is my favorite of his works.

To Kill a Mockingbird, by Harper Lee, is narrated in the first person by a young girl whose father, Atticus Finch, is a lawyer facing social disapproval for representing a black man falsely accused of a horrific crime.  It is set in the fictitious town of Maycomb, Alabama, during 1933-35, at the height of the Great Depression.  Atticus Finch is one of the most important moral heroes in American literature, and the story is a sensitive exploration of the racial tensions that remain the legacy of slavery.

One Day in the Life of Ivan Denisovich, by Aleksandr Solzhenitsyn, is an autobiographical novella based on the author’s time imprisoned in a Soviet gulag.  It is set during the 1950s, the early years of the Cold War, when no one knew how the tensions between the free West and the totalitarian East would end.  It is one of the most magnificent examples of descriptive story-telling I’ve ever read, bringing to life the horrors of totalitarianism through the daily struggle for bread, warmth, and a little free thought.

Lonesome Dove, by Larry McMurtry, is the epic story of two retired Texas Rangers leading a cattle drive to Montana.  It is set during the late 1870s, the sunset years of the wild west, and the changing of the place and its culture reflects the characters’ own sense of growing older.  It was one of Ronald Reagan’s favorite novels.

These are, in my opinion, some of the most gripping novels ever written, setting savagery amid beauty.  I list them here, not just for their great story-telling, but for their masterful re-creation of time and place.  These are novels that immerse you in another point in cultural history.  Their themes are dark, like our times, and so they help us approach a tacit understanding of the world we’re in, and we can see ourselves in their characters, and feel a sense of human connection and the comfort it brings, and be inspired by them. 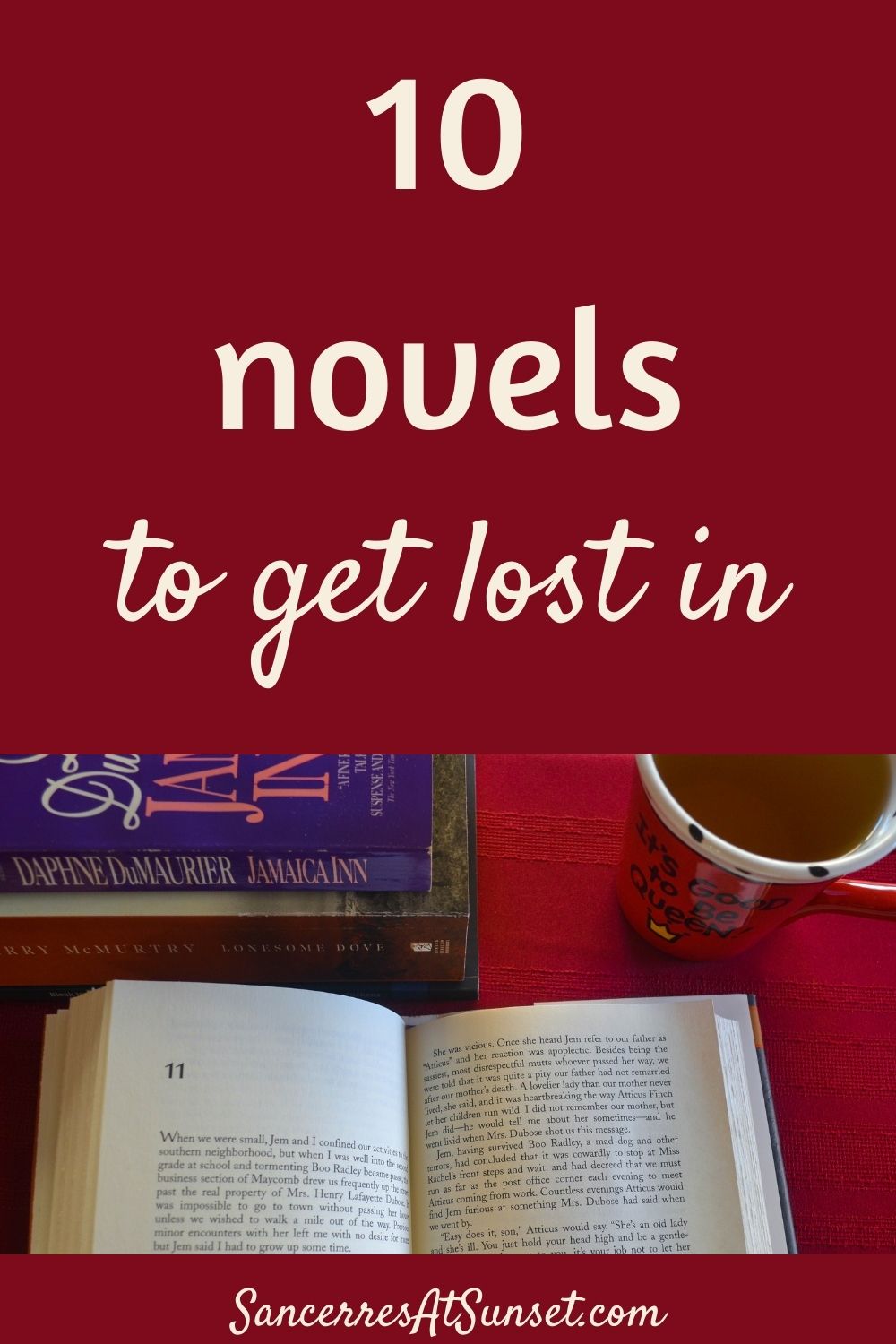 2 thoughts on “Novels to Get Lost In”