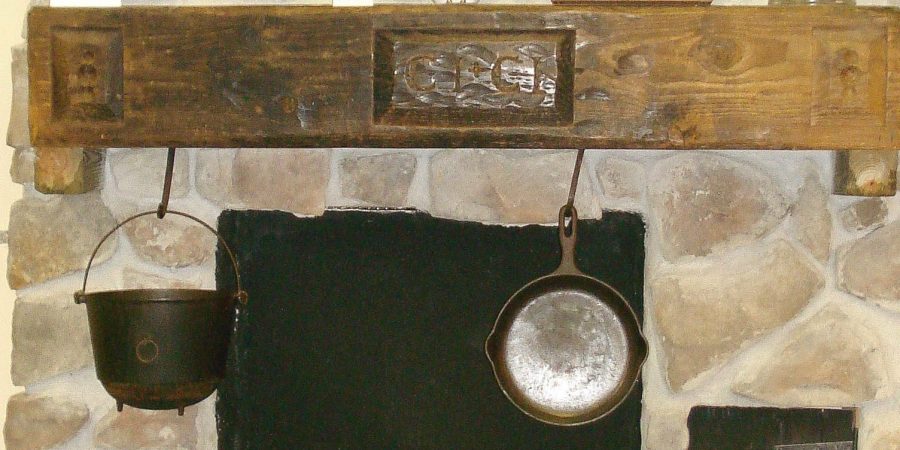 Ah, condo living!  Recently I was taking some items down the hall to the recycling room, and I spied two cast-iron skillets, in sizes I didn’t have, that someone had left behind.  Yay!

But first, some serious cleaning was in order, as Frank Zappa’s Valley Girl echoed in my mind:

Conventional wisdom says you never wash cast iron with detergent because that destroys the seasoning.  Modern wisdom says this is bunk.  It will come as no surprise to regular readers that I prefer the conventional to the modern.  Except with regard to items I pick up off the recycling-room floor.  These pans were going nowhere near my cookware cupboard without a thorough scrubbing.

Put on rubber kitchen gloves.  Use a bristle brush and dishwashing liquid to clean the pan.  Work as quickly as possible, and never soak the pan in water, as this can cause rust.  Dry the pan.

Remove Rust from the Cast-Iron Pan

Using steel wool, rub away all spots of rust.  Do not leave a speck.  Wash the pan again.

Immediately dry the pan thoroughly with dish towels.  Then put it on a burner over low heat for a few minutes.  Do not leave any moisture on the pan, or it will rust.

Seasoning is the coating of oil that makes the pan non-stick.

Heat your oven to 350 F.  Apply a layer of vegetable oil to the pan.  Put the pan in the oven face-down on the top rack.  Place a layer of aluminum foil on the lower rack to catch any oil drippings.  “Bake” the pan for one hour.  Turn off the oven, leaving the pan inside until it is cool.

Your pan should now be non-stick.  Otherwise, season it again.

Why go to all this trouble?

First, cast iron is great for cooking.  Once it’s hot, it stays hot.  But more than that, it emits more heat than modern cookware materials.  That means that heat rises from the pan, cooking its contents more evenly through.

Second, cast iron is sensually appealing.  Cooking is a unique pursuit.  It brings out all five of our senses:  sight, sound, smell, touch, and taste.  Cast iron enhances this sensuality in a way that modern materials simply can’t.  It’s visually more attractive, and it feels richer, weightier, grittier.

Third, cast iron links us with our past.  The earliest known uses of cast iron date back to around the third century in China.  It became popular cookware in England and made its way to America in the 18th century.  I can’t think of cast iron without picturing a pot hanging above the fire in a tavern hearth, while patriots swig whiskey and refine the ideals of English justice into the idea that is America.

Cast iron was so essential to daily 18th-century life that Adam Smith noted that pots and pans made of it were “worth more than gold” in The Wealth of Nations, one of history’s most important books explicating how prosperity is created.

To me, it’s part of prosperous living in the fullest meaning of the term.  It enlivens a daily task with both my sensual and my intellectual passions.  And that’s hot. 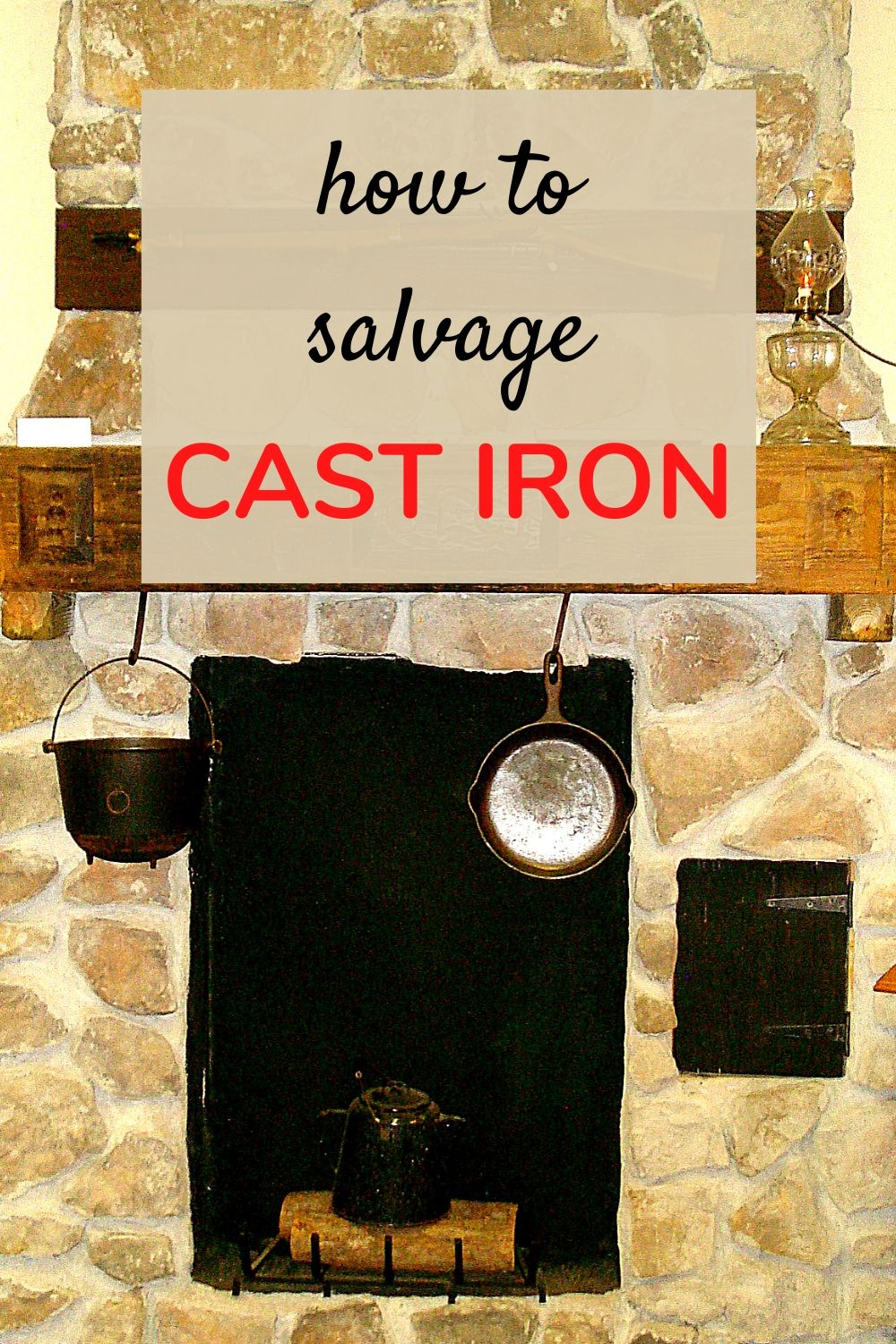 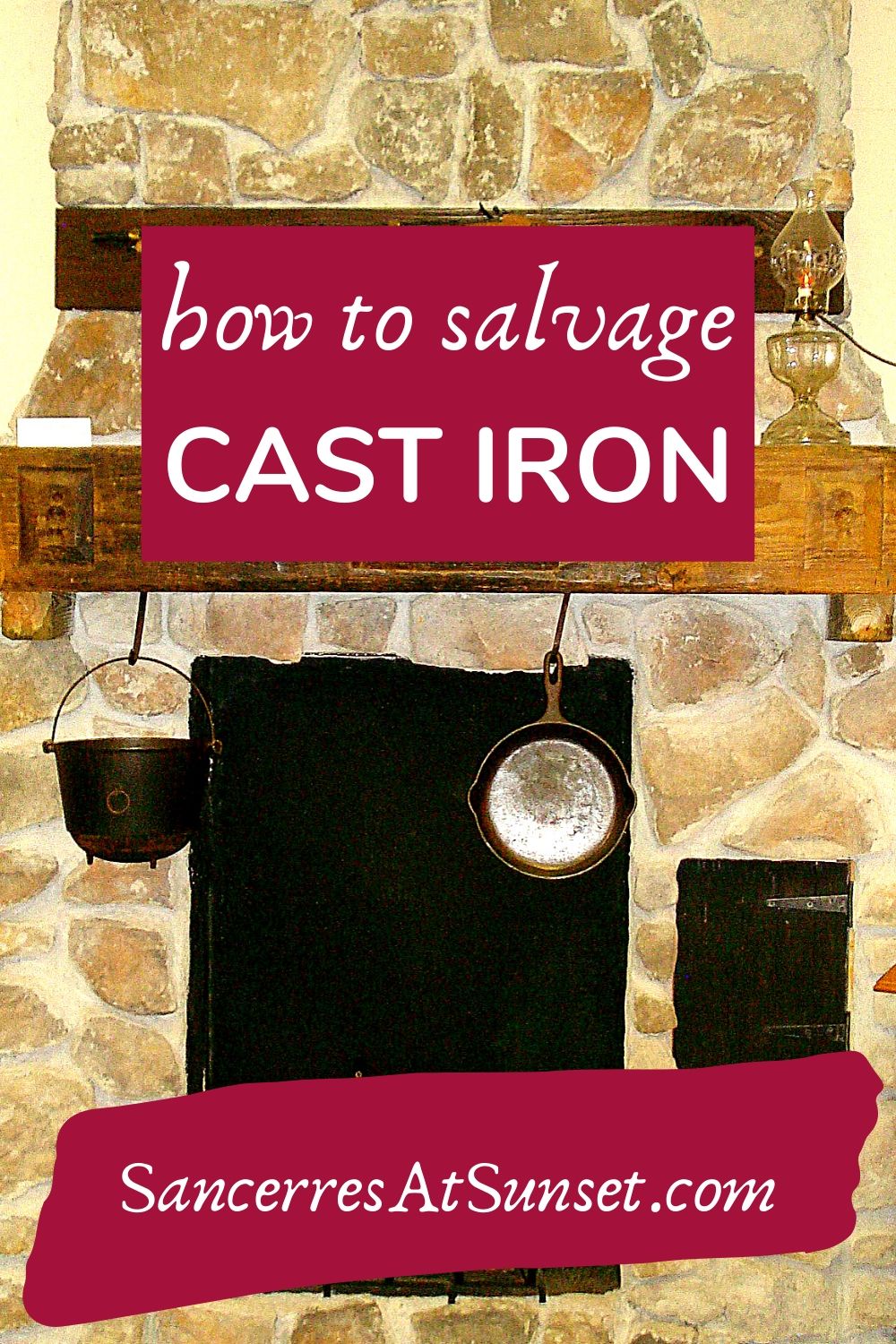 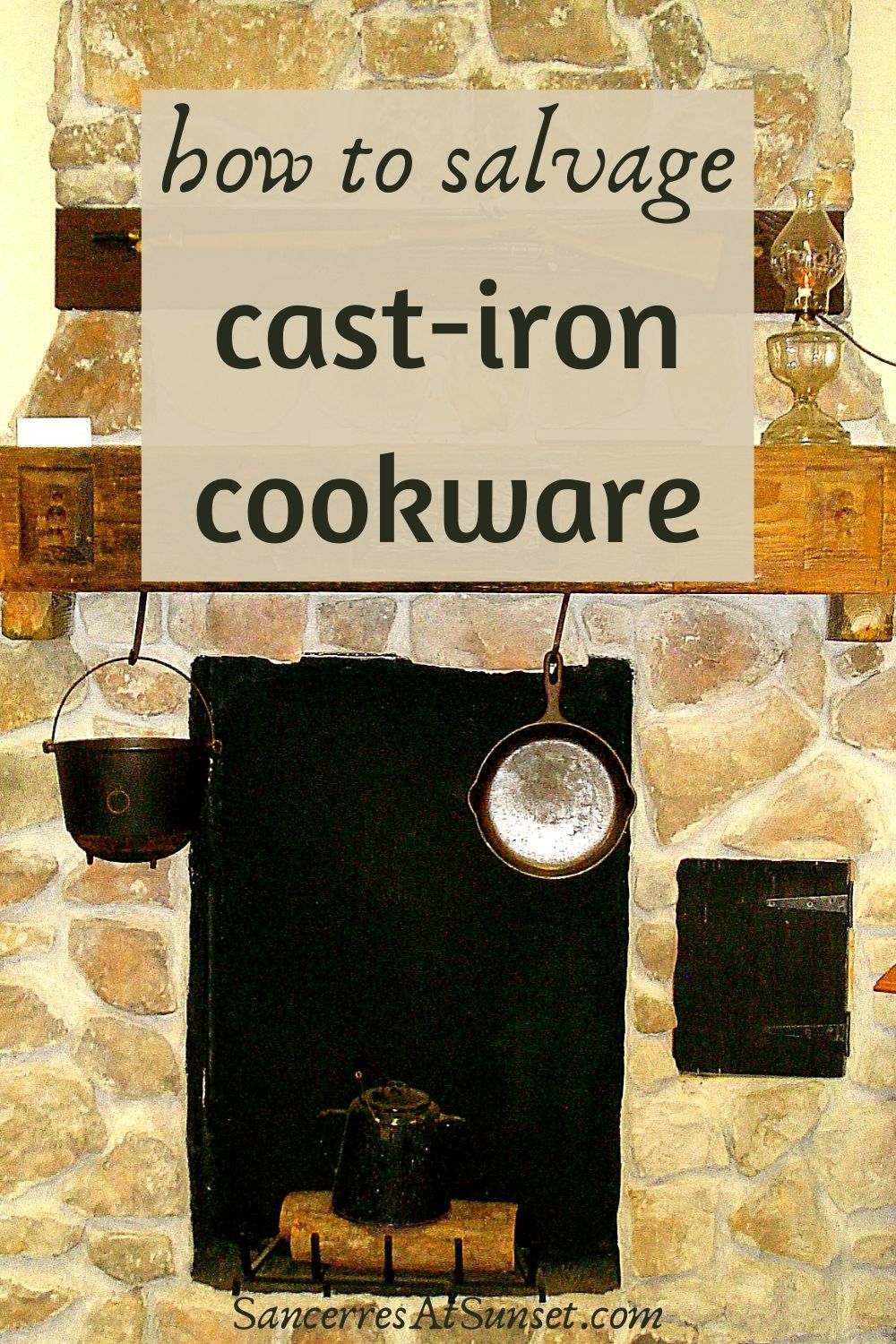 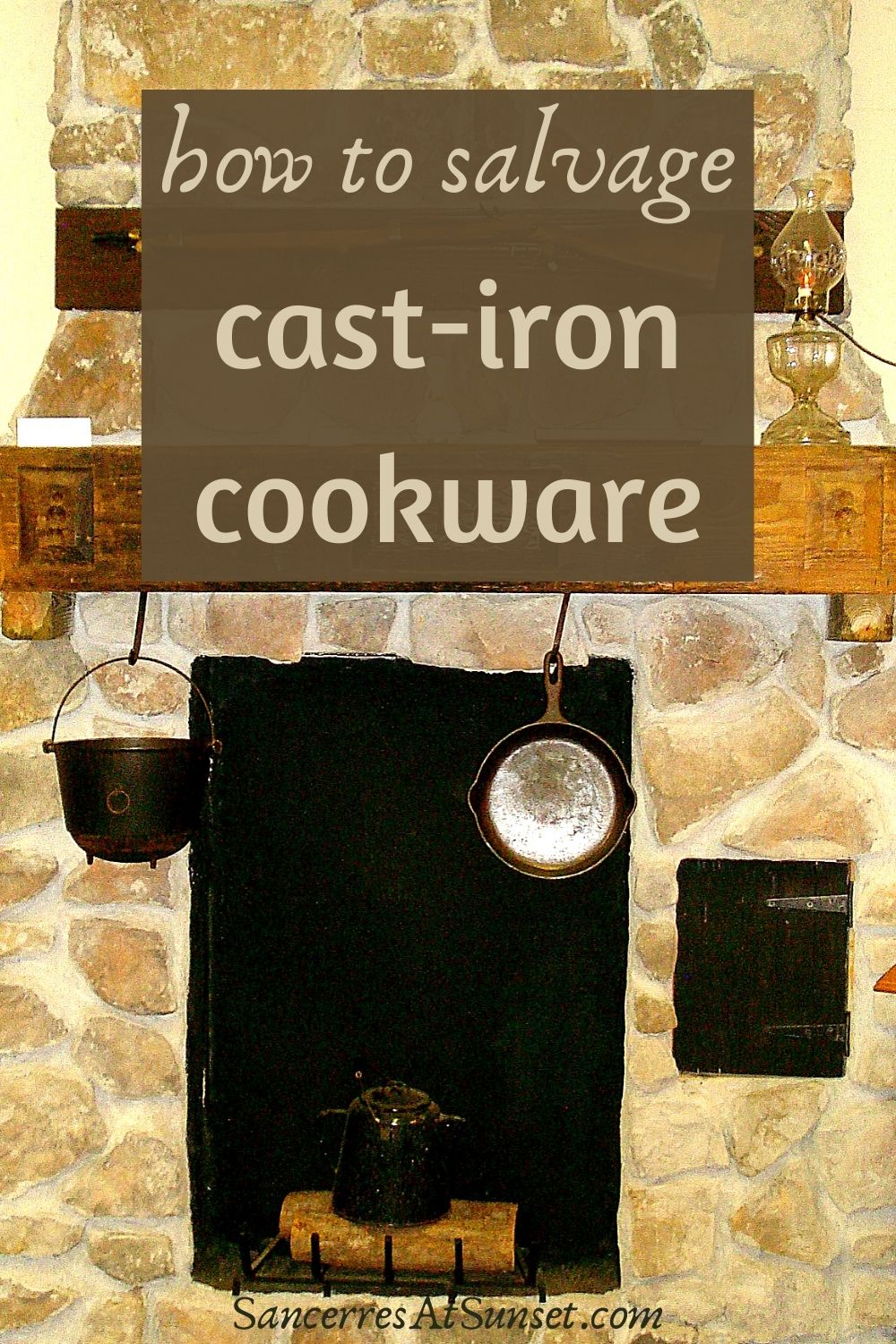 22 thoughts on “How to Salvage Cast Iron”