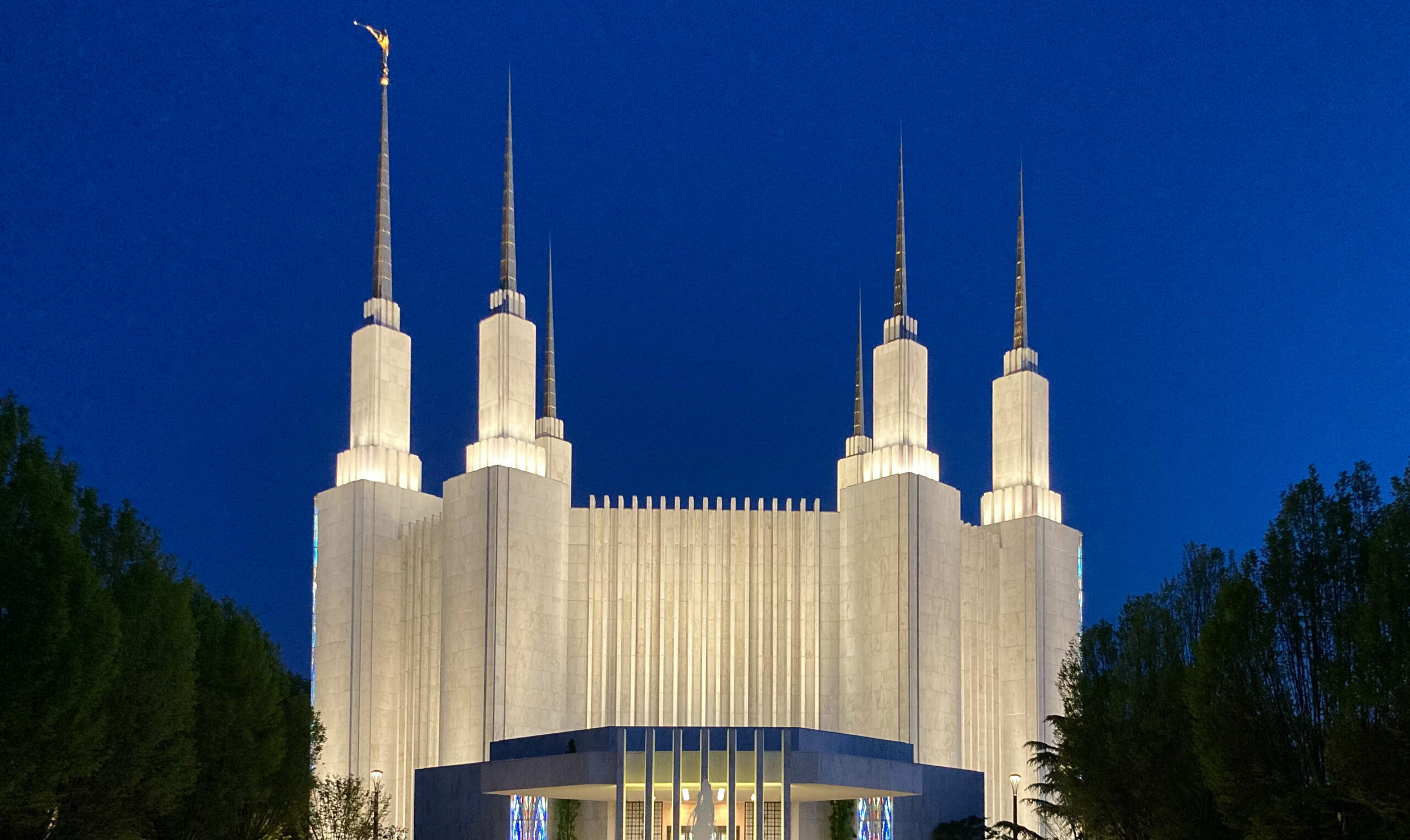 For the first time in nearly 50 years, the Washington, D.C., Latter-Day Saints Temple in Kensington, Maryland, is holding an Open House for the general public. 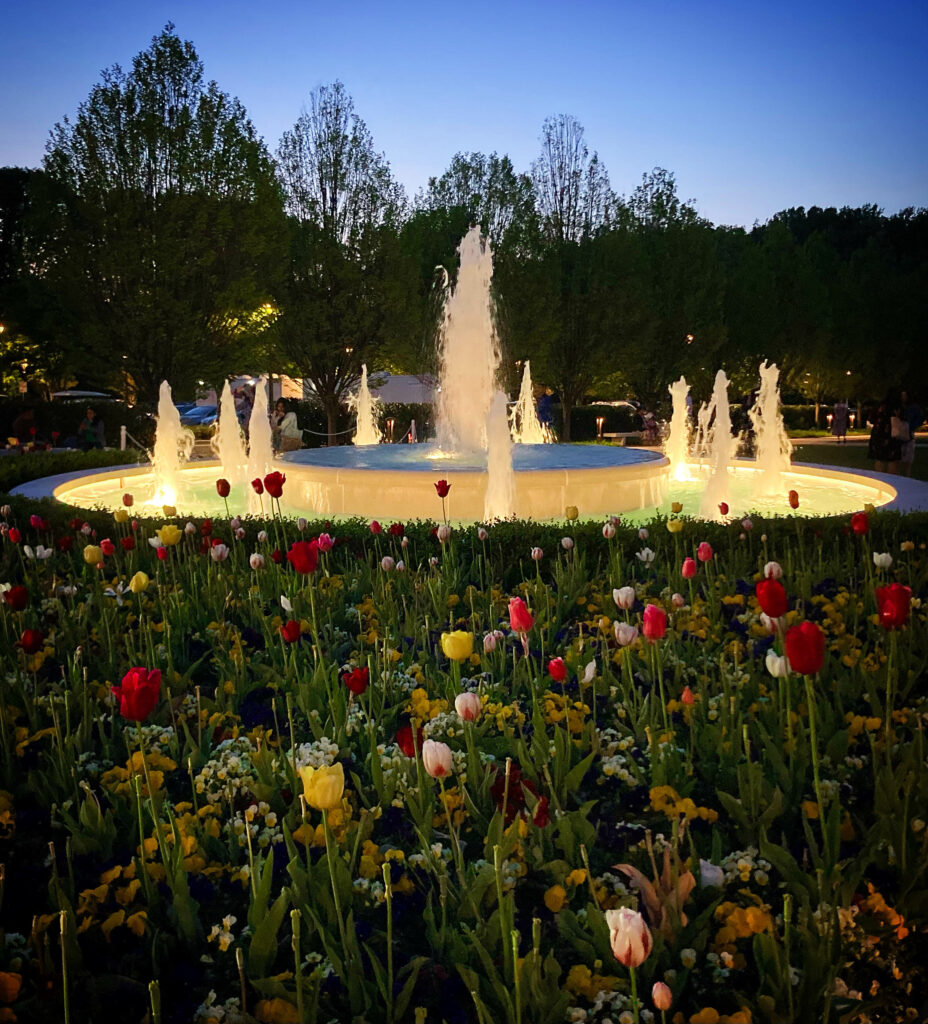 The Temple reaches nearly 300 feet high and features six tall towers with soaring spires.  A statue of Moroni, cast in bronze and covered with gold leaf, tops the main spire.  Mormons believe that this angel instructed LDS founder Joseph Smith where to find golden plates containing the original text of the Book of Mormon, written in a language called “reformed Egyptian”.

To Washingtonians, the Temple is a familiar landmark just off the I-495 Beltway.  To me, it served as a symbol that I was almost home during the roughly two decades when I drove back (and forth) to Virginia from my parents’ home in Massachusetts.

But an aura of mystery has long shrouded the beautiful building.  The LDS organization normally bans non-Mormons from entering its temples, and has also forbidden its members to discuss the rituals that take place within their walls.  But ex-Mormons have breached that secrecy several times, and the LDS organization has become more open about its ceremonies in recent years.

Inside the Washington, D.C., Temple

Whatever one may think about LDS theology and practices, Mormons have good taste, if the Temple is any guide.  The inside is as serene and elegant as the exterior.  The building comprises seven floors covered with softly colored thick carpet.  Brown tables gleam, topped with glistening bowls or bouquets of silk flowers.  Upholstery in muted tones contributes to the peaceful aura.  Shimmerring chandeliers hang from the ceilings.  Original paintings depict scenes like young Joseph Smith kneeling in the grove on his family property in Palmyra, New York.  (Photography was not allowed inside the Temple, but you can see images here.)

The real show-stopper is the Celestial Room, with its high ceiling, glittering chandeliers, and plush furniture.  It’s like a big opulent but subdued living room where members may pray or simply seek peace and comfort.

There are three main ceremonies performed inside LDS temples:  marriage, baptism for the dead, and “endowment”.  But first, participants must change into all-white clothing in austere Dressing Rooms.

The Brides’ Room is a more ornate and comfortable dressing area reserved exclusively for women about to be married.  There are several good-sized private changing rooms and a large open area with vanity stations and large mirrors.  It reminded me of the locker rooms of upscale day spas.

Couples are married in Sealing Rooms.  Mormons believe that marriages performed in the Temple will last for eternity.  The bride and groom kneel across from each other in the center, with family and friends gathered around.  Two wall mirrors also face each other.  The infinite reflections produced by this pair of mirrors show “what eternity looks like”, a volunteer explained to me, just before pointing out how much nicer the image would be with a husband putting his arm around me.  (Thanks for that, fella.)

Baptism for the Dead

Members are baptized on behalf of the deceased in the Baptistry.  A large font sits atop a circle of 12 life-size statues of outward-facing oxen, representing the 12 tribes of Israel.  The belief that non-Mormons can be baptized posthumously drives the LDS pursuit of genealogy, as members seek to perform this ritual for ancestors.

Instruction Rooms are used in a ceremony called “endowment”.  This is the main ritual and historically the most controversial.  Participants undergo symbolic washing and anointing, receive secret new names, watch a video teaching the LDS interpretation of the Fall, and make promises to their god.  In the past, these promises included a vow never to reveal temple rituals, on pain of death.  Members were required to simulate different forms of capital punishment, such as swiftly drawing one’s thumb below the chin from the left ear to the right, symbolizing throat-slitting.  The LDS organization removed the macabre gestures from the ceremony in the late 20th century.

Young Mormons typically first participate in this ceremony just prior to getting married or to going on a “mission”, a period of time dedicated to proselytizing.  After going through the ritual, they wear special underclothing on a daily basis throughout their lives to remind them of their temple promises.  Once they’ve completed the ritual for themselves, they may go through it again on behalf of the deceased.

The LDS organization has been building temples since the 19th century.  Early Mormons established the first in 1836 in Kirtland, Ohio, where they had fled from opposition in New York.

Completed in 1974, the Washington, D.C., Temple is the 16th operating LDS temple and the third-largest, at 160,000 square feet.  It is the first Temple built on the East Coast and originally served all members living east of the Mississippi and some from Canada and as far away as South America.  Today it is the home Temple for Mormons in D.C., Maryland, Virginia, Pennsylvania, Delaware, West Virginia, and New Jersey.

The Temple closed in 2018 for an extensive renovation, which was completed in 2020.  But the Open House was delayed for these last two years to flatten the curve.

According to an LDS news release, the main goals of the Open House are “to increase understanding and build bridges with the community.”

What to Know before You Go to the Washington, D.C., Temple Open House

As of this writing, the Washington, D.C., Temple
Open House runs Monday-Saturday, 9a-9p, through
June 11.  Visiting is free of charge, and you do not need tickets to enter the Temple.  However, you do need to reserve a parking space or a spot on a shuttle from the Forest Glen Metro Station, if you choose to take advantage of these complimentary options.  Click here to save your place.  The Washington, D.C., Temple is located at 9900 Stoneybrook Drive, Kensington, Maryland 20895.

There is no guided tour.  However, the friendly volunteers on every floor can direct you and answer your questions.  You are also free to stroll the grounds and gardens before or after your time inside.  Allow 45 to 90 minutes. 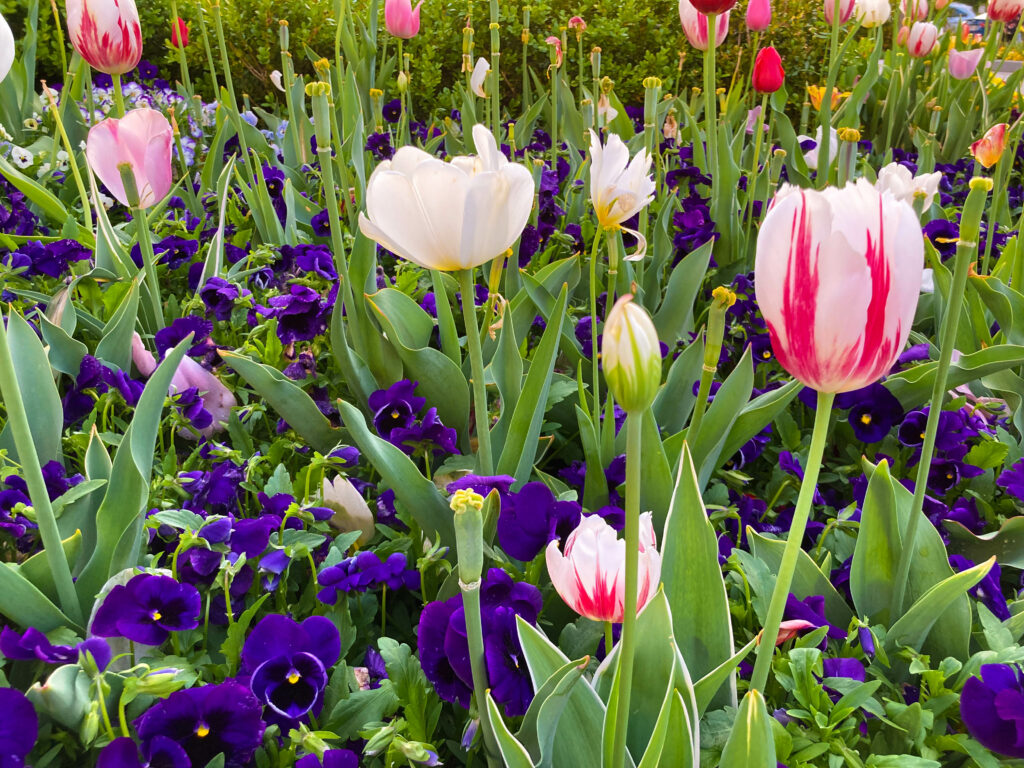 For more information on temple rituals, I recommend Deborah Laake’s Secret Ceremonies:  a Mormon Woman’s Intimate Diary of Marriage and Beyond. 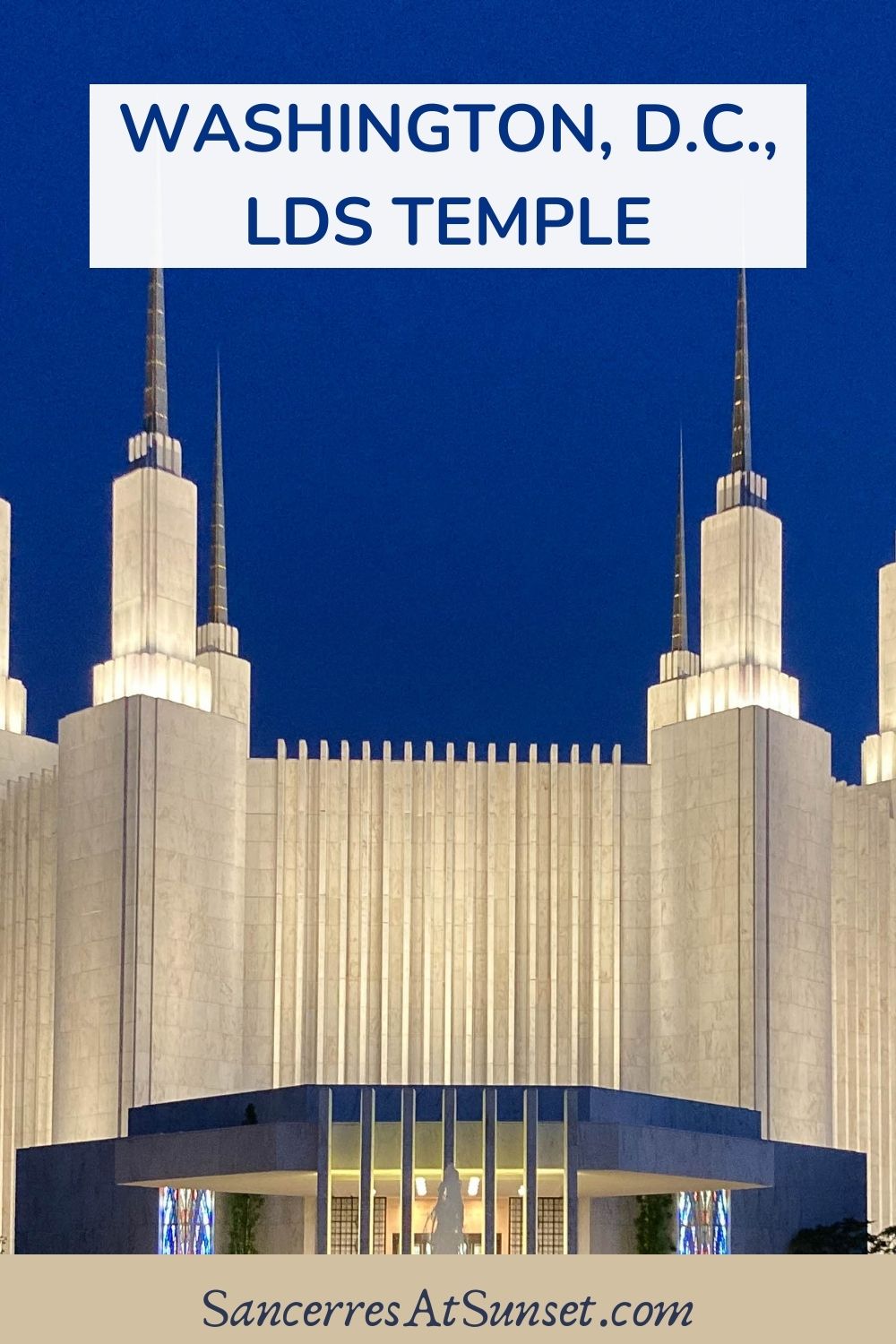