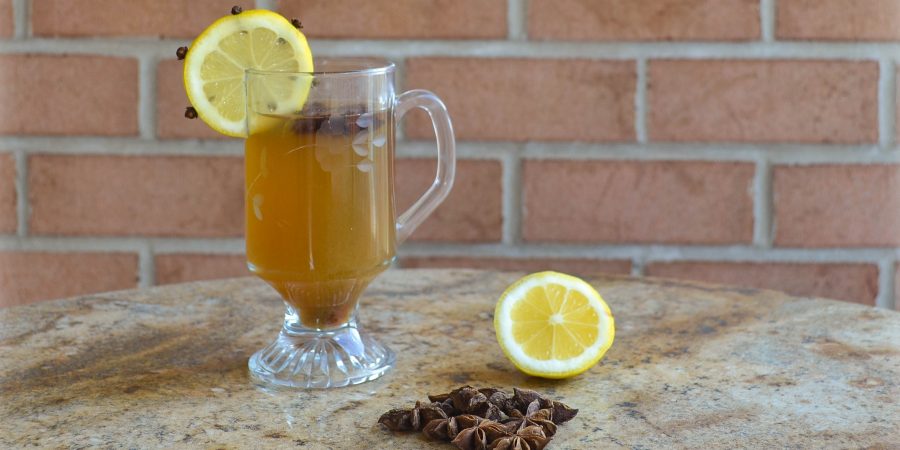 One of the most positive things I’ve read lately is this article about someone who rode out a respiratory ailment with hot toddies.

As with most things handed down through the centuries, there’s no agreement on where hot toddies originated.  Some say India; some say Scotland; some say Ireland.  They made their way to America, where they’re commonly made with bourbon, or alternatively with dark rum or brandy, and used to treat colds and flus and winter blues.

I use Kentucky straight bourbon.  What’s that?  Well, bourbon is a kind of whiskey, which is distilled from grains.  Whiskey has a unique place in American history.  In the early years of our republic, it was easily the most popular distilled spirit in America, and was even used on the frontier as a medium of exchange, a substitute for cash.  In 1791, the federal government imposed a tax on distilled spirits in order pay America’s large Revolutionary War debt.  This was the first tax placed on a domestic product in the history of our newborn nation, and because whiskey was a common exchange medium, it effectively became a tax on income and trade.  It wasn’t a popular measure, to put it mildly, and led to the Whiskey Rebellion, a three-year, frequently violent, insurrection against paying the tax.  During this time, some distillers fled westward to Tennessee and Kentucky, where collecting the tax was virtually impossible, and whiskey production remains big business in those states.

To qualify as bourbon, whiskey must be:  Made in the United States, of at least 51% corn.  It must be distilled at no higher than 160 proof and stored in new, charred, oak containers at no higher than 125 proof.  In addition to all this, straight bourbon must be aged in its container for at least two years, and it must carry a disclaimer if it’s aged for less than four years.  And on top of that, Kentucky straight bourbon must be distilled and aged for at least one year in (you guessed it!) Kentucky.  Bourbons I like include:  Baker’s, Booker’s, and Basil Hayden’s. 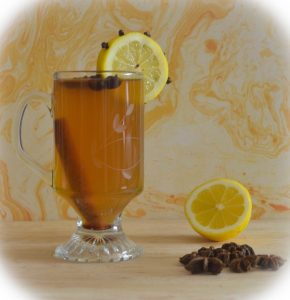 This is a basic recipe for a classic, old-fashioned hot toddy.  There are many alternatives.  For example:

You can replace the bourbon with another whiskey, or dark rum or brandy.

You can replace the honey with maple syrup or sugar.  Personally, I don’t like to use refined sugar because of its inflammatory properties.  I like Golden Blossom honey and Slopeside maple syrup.

You can replace the hot water with tea or apple juice or cider.

You can garnish with star anise, a cinnamon stick, and/or a slice of lemon, studded or not with cloves. 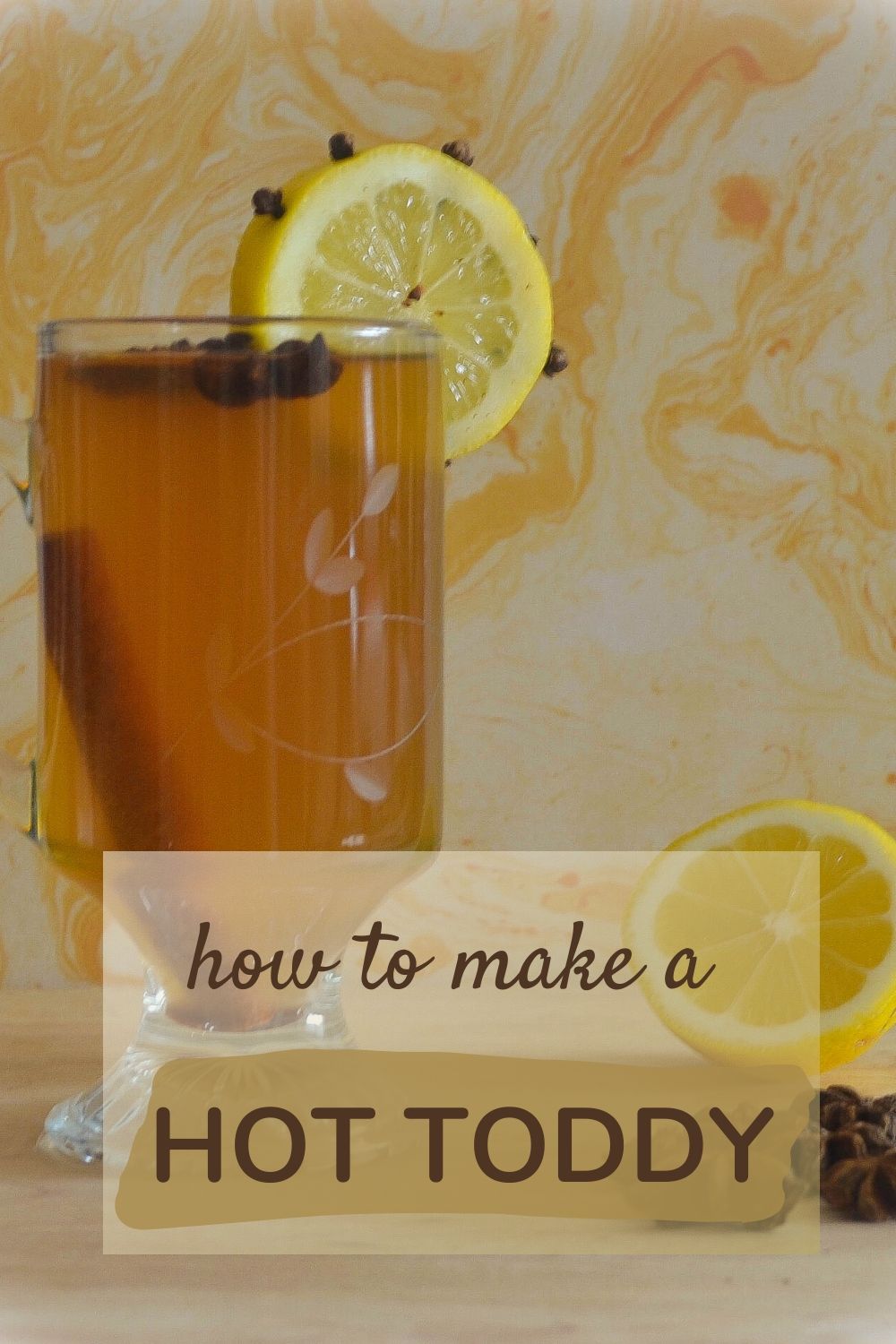 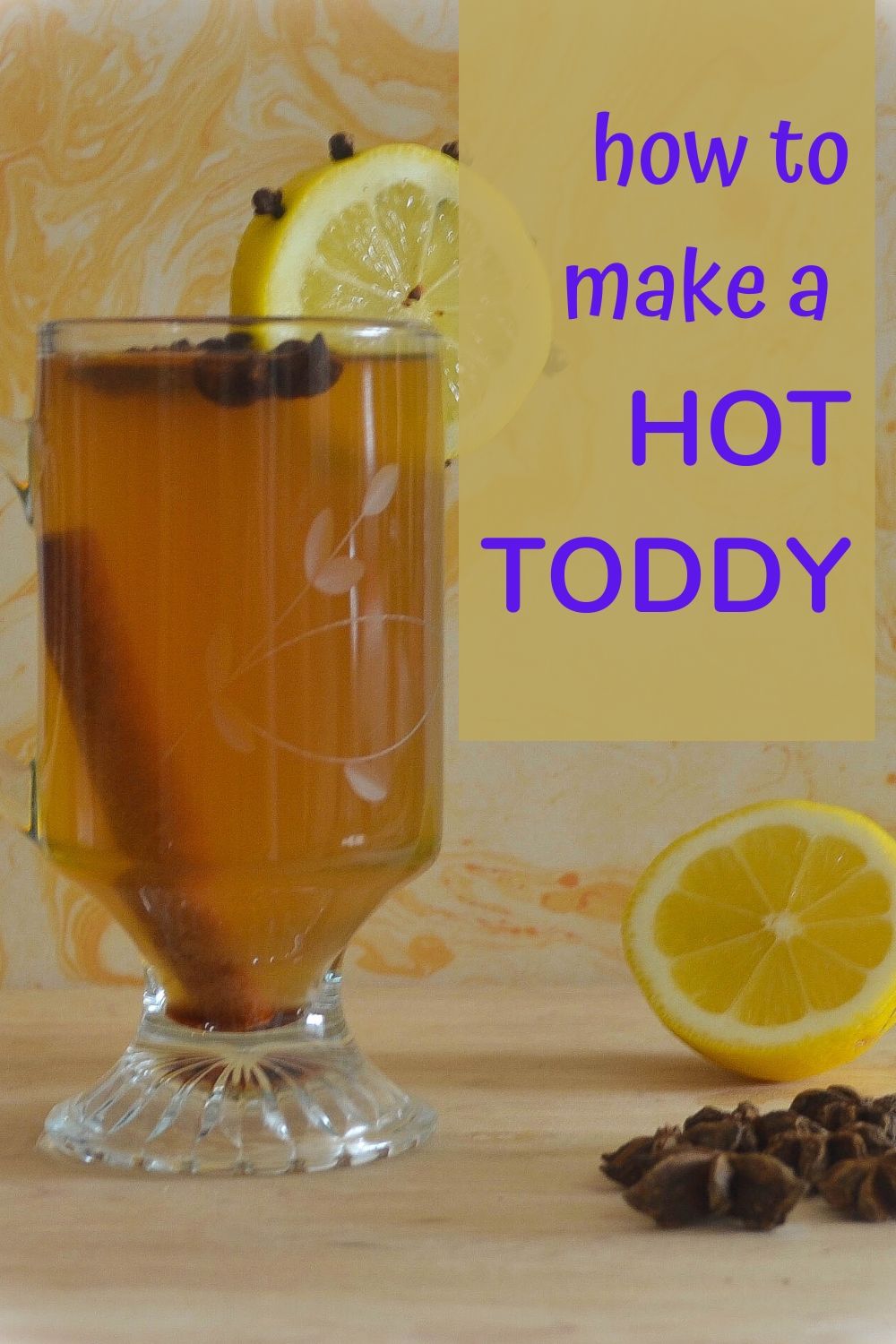 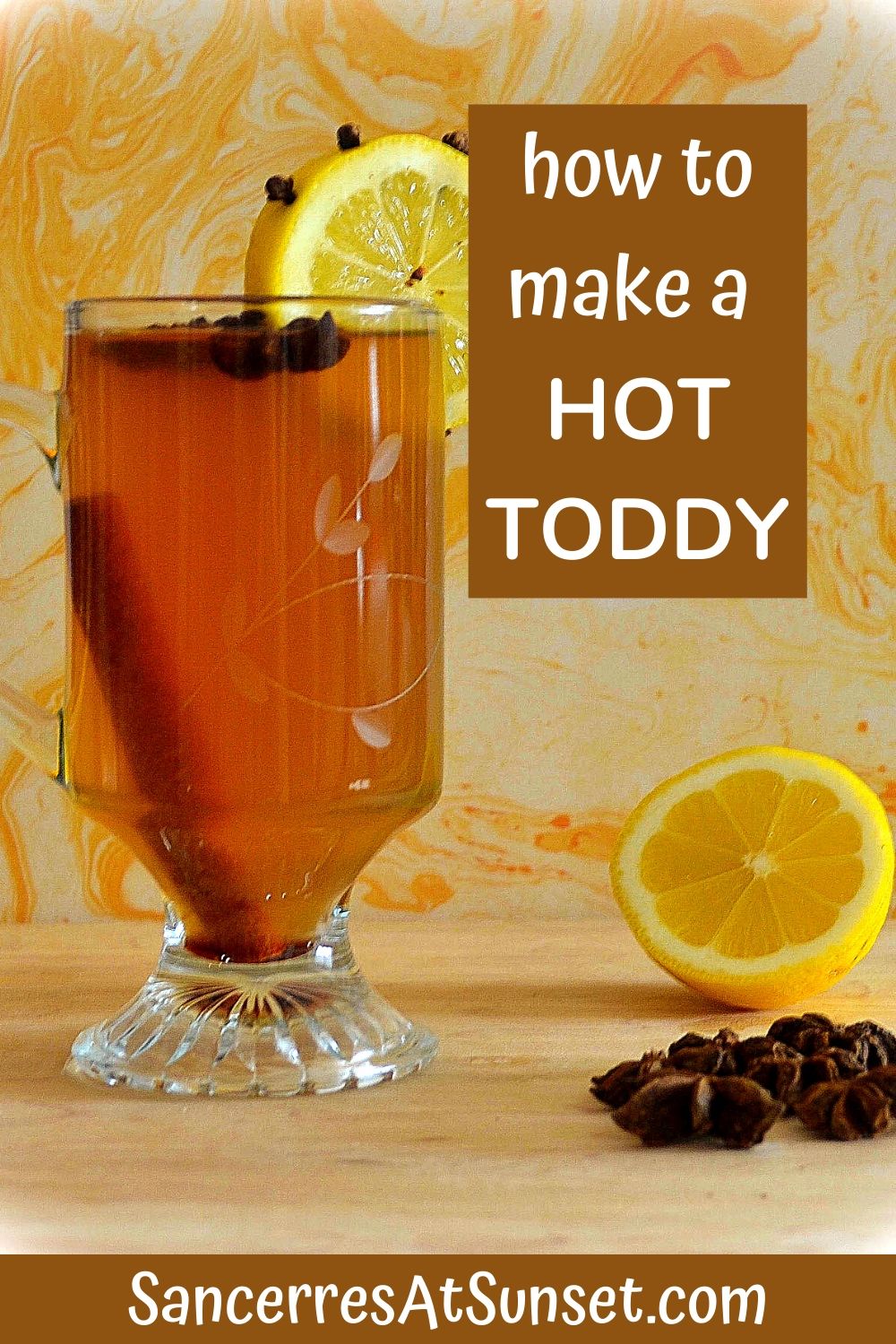 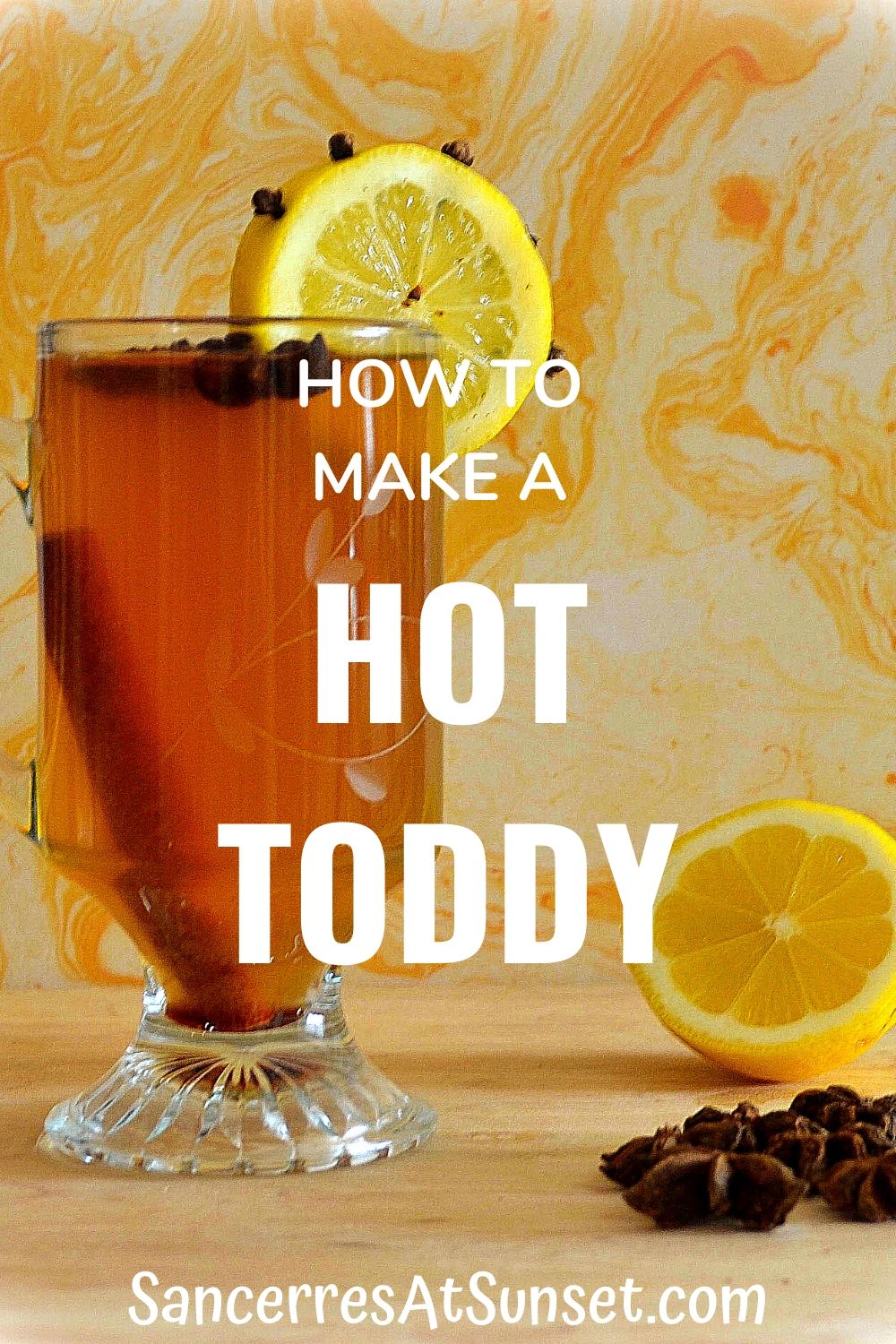 2 thoughts on “How to Make a Hot Toddy”