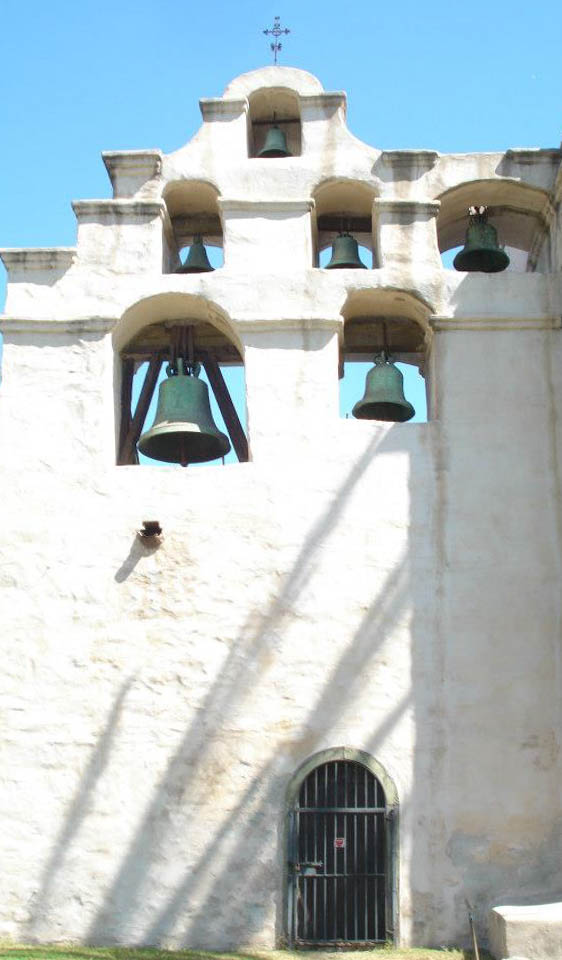 California’s San Gabriel Valley lies just east of Los Angeles.  Some of its well-known cities include Pasadena, San Marino, and of course San Gabriel.  It is home to a number of colleges and universities; I first spent time there years ago on a campus speaking tour and have visited many times since then.  It is picture-postcard inland southern California, dry and dusty, with huge multi-level mansions near small single-storey homes, and near-perfect year-round desert weather with warm days and cool nights.  It also offers many unique things to do; here are some of my favorites:

The David B. Gamble House was built during 1908-09 as a winter home for Mary and David Gamble, of Proctor & Gamble.  The ultimate bungalow and its complementary furnishings were designed by the architectural firm Greene & Greene, who influenced American Arts and Crafts style, a swing of the pendulum from the more ornate Victorian style toward simple but unique design, indigenous materials, and visible handicraft.  Its exterior was used as Doc Brown’s home in Back to the Future. 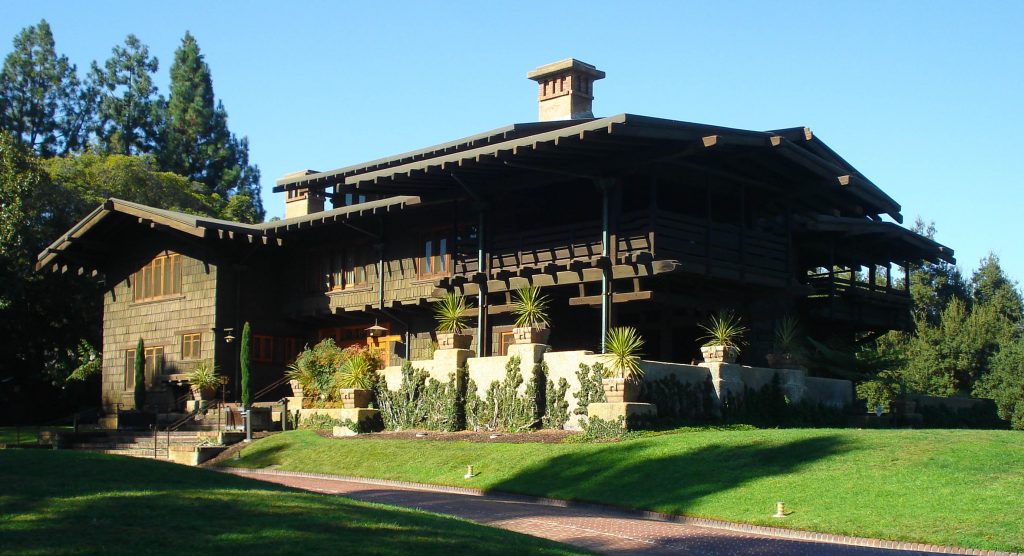 A stylized tree design set in leaded glass across the three front doors reflects the home’s use of woods. 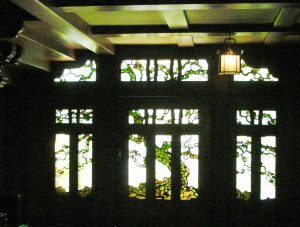 The dark interior incorporates multiple woods including teak, oak, and mahogany, layered to bring out aesthetic interest in shade and grain.  Functional details like leather straps are left exposed to add further interest. 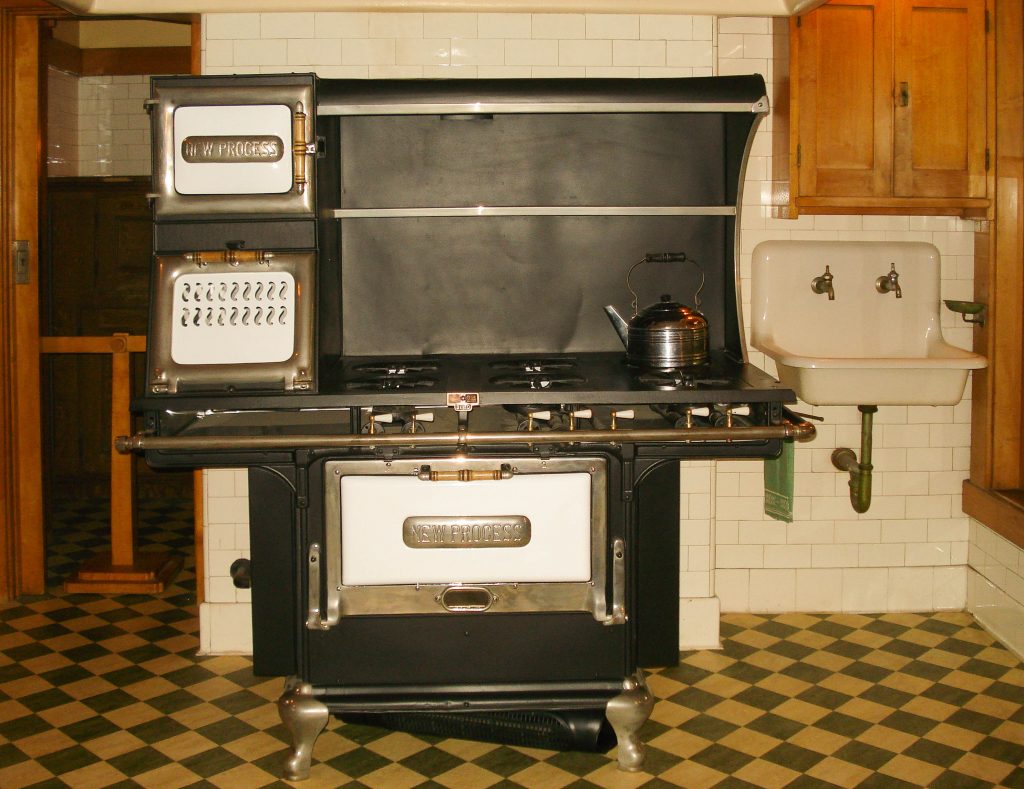 As usual I was intrigued by the kitchen with its old-school appliances.  But my favorite space is the large attic with its bright views of sunny southern California.

The Gamble House is located at Four Westmoreland Place in Pasadena.  It hosts an array of tours, ranging from a one-hour docent-led overview to a three-hour Details & Joinery deep dive.  There is also a neighborhood walking tour of other Greene & Greene homes.  The Gamble House is currently owned by the City of Pasadena and operated by the University of Southern California.  It is designated as a National Historic Landmark.

The Huntington Library, Art Museum, and Botanical Gardens rolls three of my favorite things into one.  In 1919, Arabella and Henry Huntington, a railroad and real-estate businessman, bequeathed their extensive land and collections “to promote the public welfare” and for the “uplift of humanity”.

The Library preserves millions of important documents and rare books, including a Gutenberg Bible, copies of Shakespeare’s plays printed during the Bard’s lifetime, first editions and manuscripts from writers including William Blake, Mark Twain, and Henry David Thoreau, and letters and manuscripts of American Founders George Washington, Thomas Jefferson, and Benjamin Franklin.  A small portion of the Library’s collection is on public view.  Researchers may apply to access the private materials. 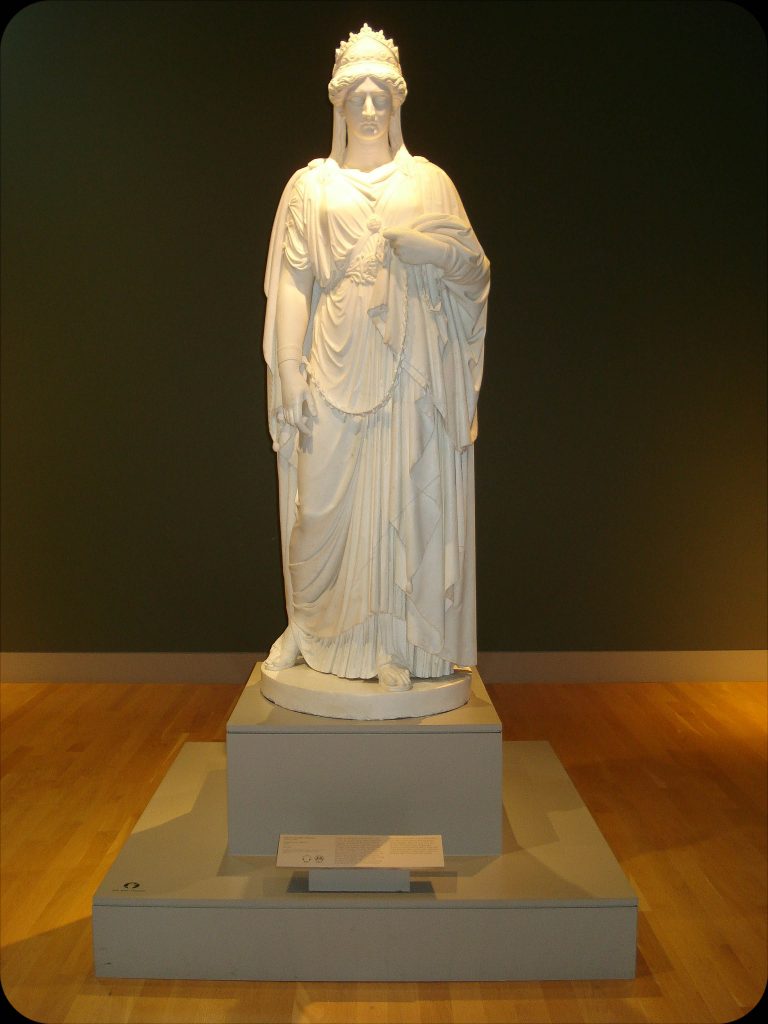 The Art Collections span five centuries and include two portraits of George Washington painted by Gilbert Stuart and the life-size sculpture Zenobia in Chains. 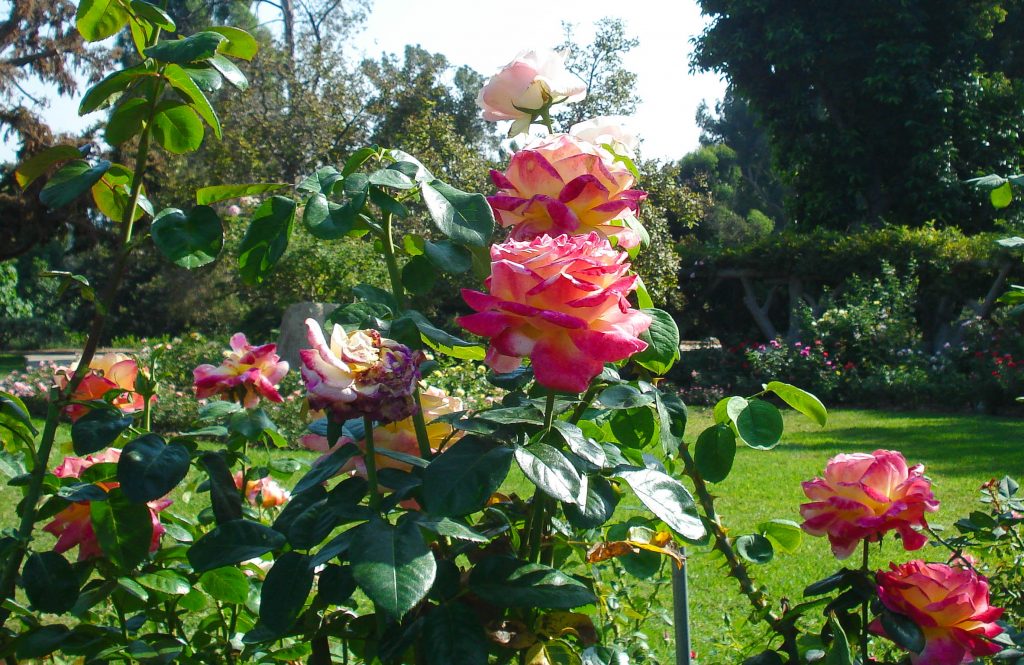 The 120 acres of the themed Botanical Gardens are my favorite. 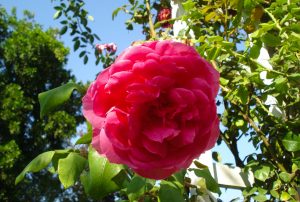 The varied rose garden is spectacular. 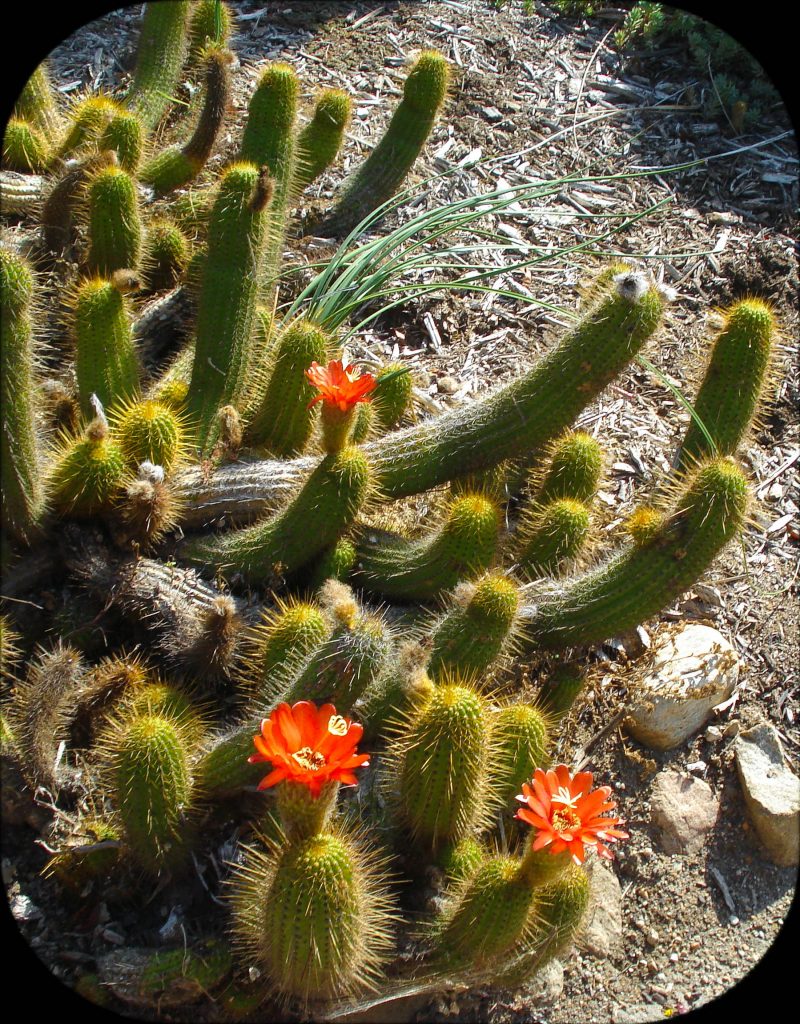 But the one thing that always lures me is the Desert Garden with its world-class collection of cacti and succulents. 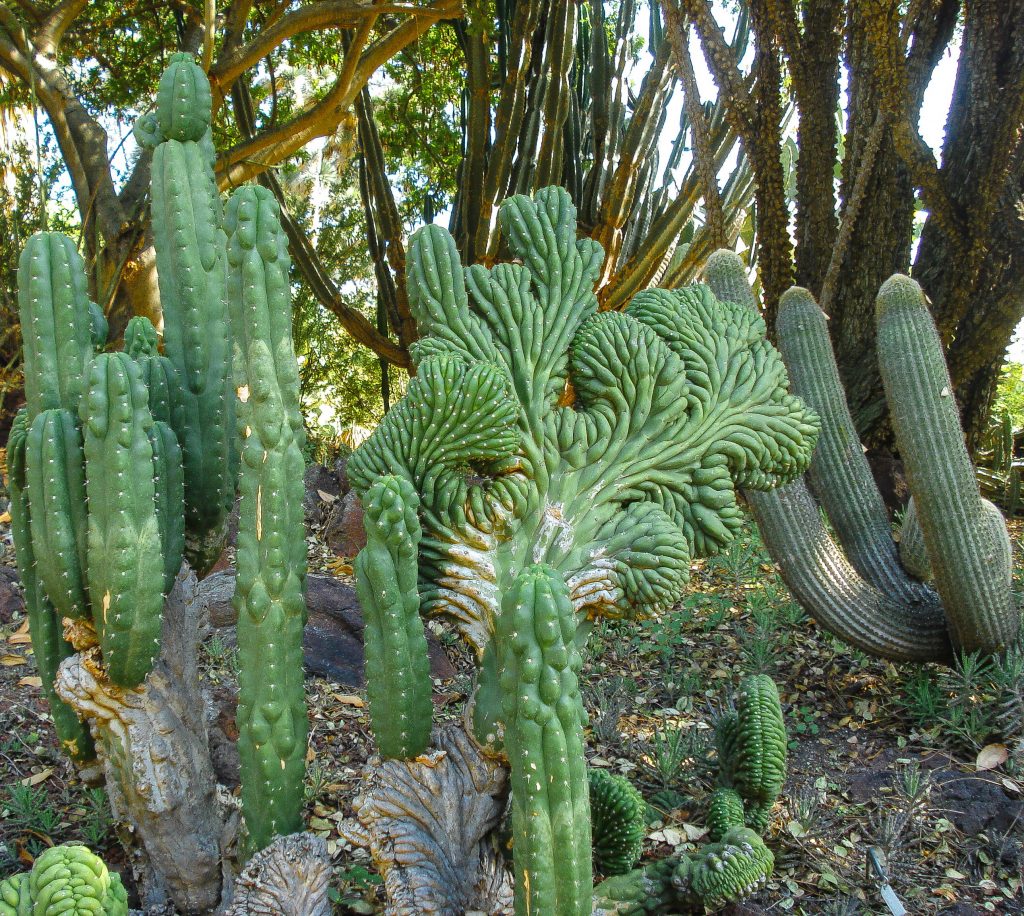 The Huntington is located at 1151 Oxford Road in San Marino.

San Gabriel Arcangel is the fourth in California’s chain of 21 missions stretching from San Diego to Sonoma.  It is named after the angel Gabriel, who foretells the births of Jesus and John the Baptist in Luke 1.  The Mission was founded on September 8, 1771, by Junipero Serra, the Spanish priest and Franciscan friar known for leading the Catholic Church’s efforts to evangelize and convert native Californians.  Built of adobe brick, with a tiled roof, the structure has a unique Moorish architectural style.  In place of a bell tower, it has a campanario, or “bell wall”.  Bells were vital to the life of a mission, their sweet ringing a comforting and inspiring call to prayer, work, and meals.

The interior is ornate, with colorful structural detail and spiritual art.  The Mission houses the oldest cemetery in Los Angeles county, the burial site for several missionaries and approximately 6,000 native Californians.

Missions were expected to become quickly self-sustaining.  Mission San Gabriel Arcangel relied on several industries, including milling, tanning, weaving, and brick-, soap-, and candle-making.  It excelled at wine-making, and is credited with bringing large-scale viticulture to California.  Situated at the crossroads of three trails, it became a trading center, and supplied other missions throughout the area.

Visitors can stroll the building and grounds, and picture much of daily mission life in the chapel, the prayer room, the kitchen, the wine-making room, a small museum, and the cemetery.

The Mission is located at 428 South Mission Drive in San Gabriel.  It is open for tours daily during 9-4:30, except certain holidays.   It remains an operating Catholic church, with Masses in English, Spanish, and Vietnamese.  It is registered as a National Historic Place.

The Rose Parade is a New Year’s Day tradition.  It has been held annually since 1890, when it was established to show off southern California’s enviable, and reliable, weather.  Marching bands, equestrian units, of course rose-bedecked themed floats travel the route primarily down sunny Colorado Boulevard, Pasadena’s main street.

A Cunard float recalls the elegance of ocean liner travel:

And of course, as with any major live production, sometimes things go wrong.

And a local city’s float needs a tow:

Tickets for grandstand seats at the Rose Parade go on sale in early February.  Spectators may also stand along Colorado Boulevard for free. 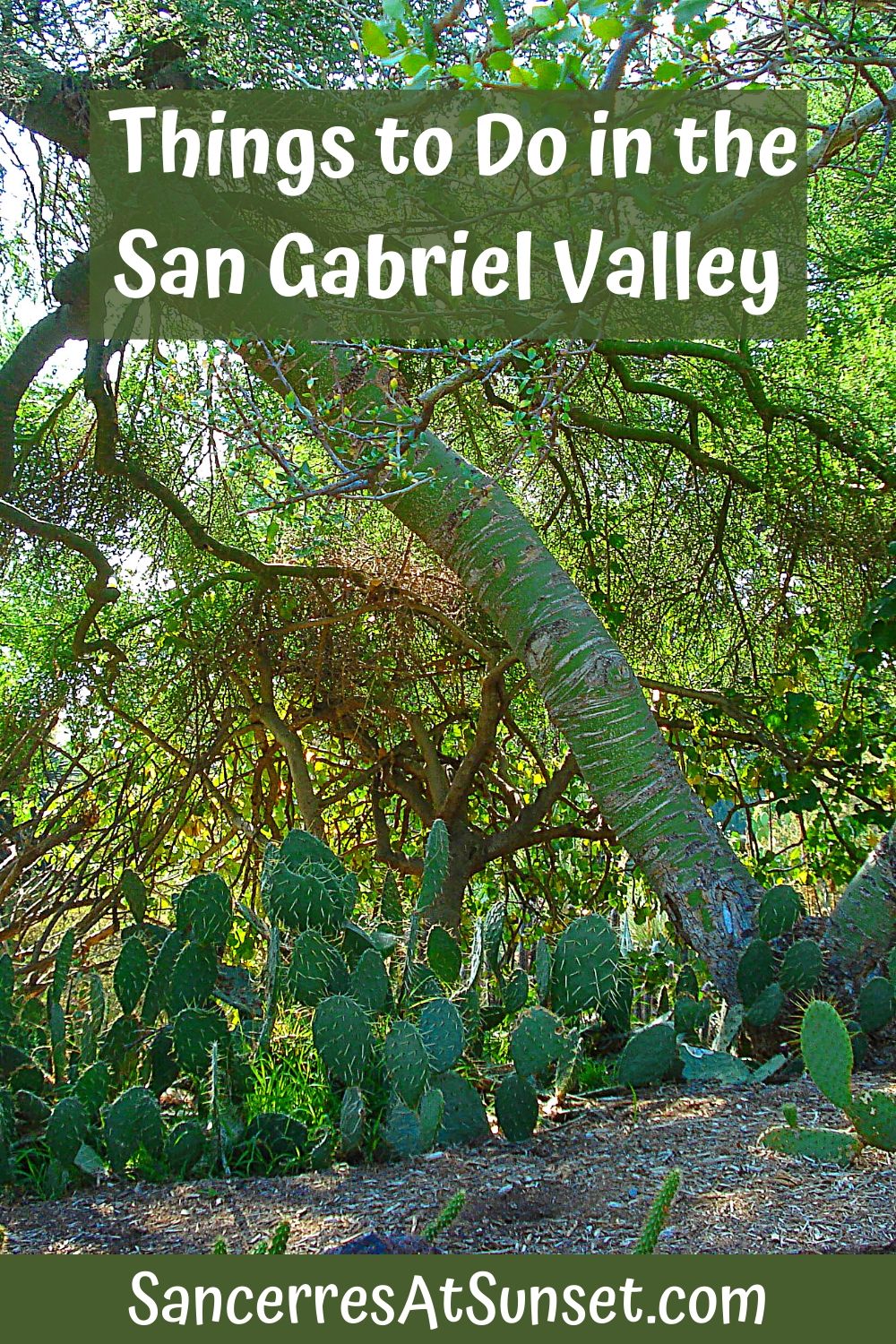 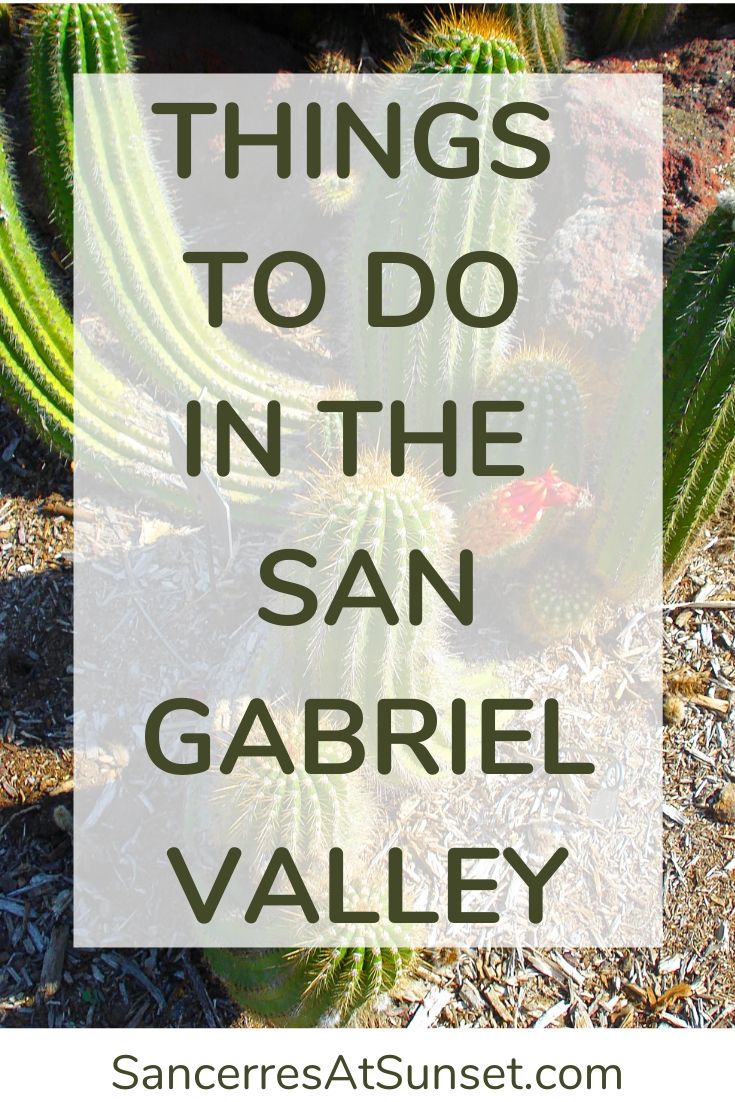 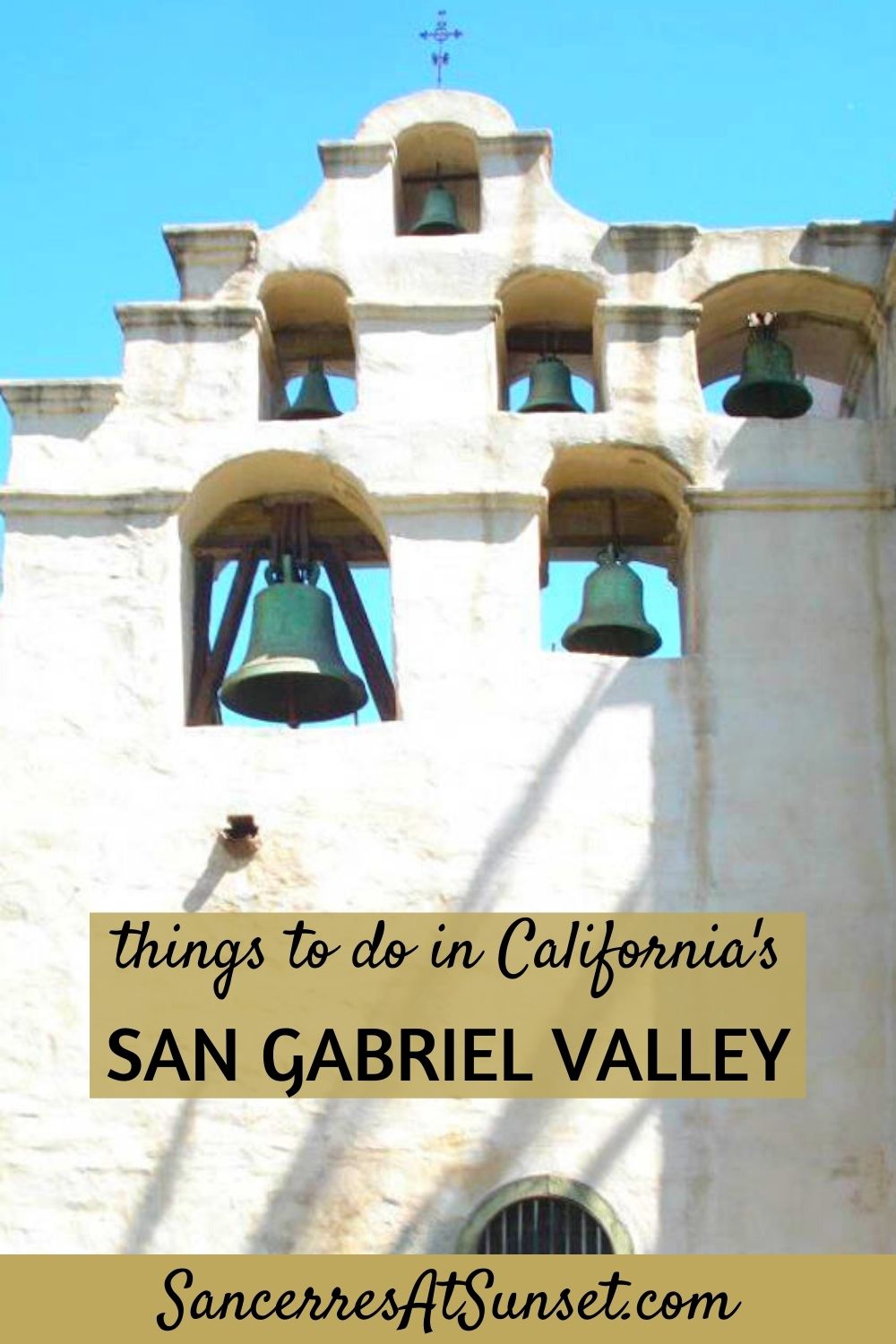