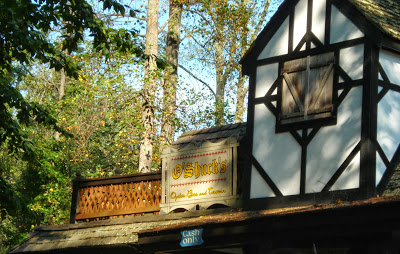 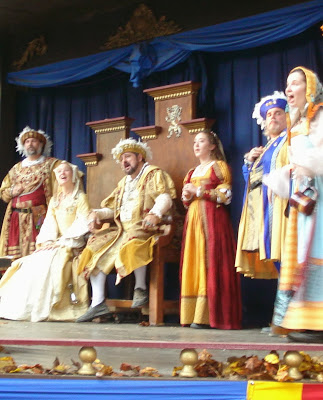 That’s the bizarre view of history presented in “Court’s Court”, one of the stage shows at this year’s Maryland Renaissance Festival in Crownsville. Established in 1977 and wrapping up the season this weekend, the country’s second-largest Renaissance Festival purports to bring a 16th-century English village to life. The permanent structures on its wooded grounds feature several stages, a few pubs, and even a chapel. Guests, who receive entertainment programs upon entering Revel Grove, as the village is known, can spend the day roaming from stage shows to shops to pubs and fast-food places. At the same time, Festival workers, in period costume, put on little skits along the village’s dirt roads.

For 35 years, the Festival hopscotched through the history of Henry VIII’s marital, and extra-marital, exploits as the basis for its storyline, its main plot moving forward in history each year, as the wayward king and his queen of the moment visited Revel Grove. Having run the course from Katherine of Aragon to Catherine Parr, the Festival last year started over again in 1514. This year is 1520, and, while the king seems especially attentive to Lady Mary Boleyn Carey, the well-worn soap opera is years ahead.

Despite the limited intrigue, there is entertainment available for all ages, including jousts and even a human chess game, where one “piece” physically clubs another upon capturing his space. While much of the humor is bawdy and puerile, the Festival’s organizers warn parents of specific shows’ inappropriate language or content. There are several charming shows just for children. There are also plenty of options for those seeking clean, adult-oriented presentations.

For those who agree that brevity is the soul of wit, Shakespeare’s Skum somewhat anachronistically offers short parodies of the Bard’s best-known plays. This year’s offerrings were: “Tag-Team Romeo and Juliet”, “Richard III: Just Misunderstood”, and “Antony and Cleopatra: As the Nile Flows”. 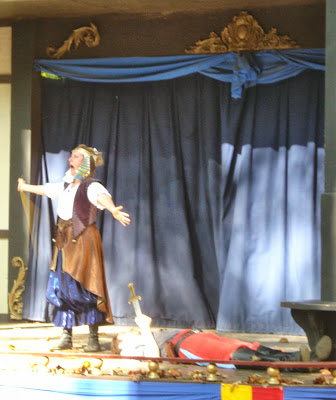 The language is modernized, the original dry humor considerably dampened, and the subtlety shattered. But the skits are hilarious, and the Festival experience is never complete until a reveler has sampled at least one of these brief plays.

Little at the Festival truly evokes the Renaissance and its great art. It’s really an incongruous mix of medieval and modern. The Festival guests reflect this double time warp. Many (like me) attend in modern clothing that is practical for trudging along the dirt roads and sitting on the various theatres’ backless cement benches. Several come in period costume–a few in elaborate and obviously expensive replicas of mid-millennial raiment, many others in inexpensive, gauzy fabrics. A noticeable minority seems to have taken a wrong turn on the way to Comic-Con.

The slightly greasy aroma around the concession areas confirms that the food is pretty modern too. Of course, turkey legs are ubiquitous. The soups in bread bowls are good, especially when the weather is cold or wet. There is also pizza and hot or cold sandwiches, and even oyster shooters.

The sweet potato fries, with horseradish sauce, are deliciously decadent, as are the many pies, cobblers, and other desserts. Soft drinks and bottled water are available, as are beer, cider, and wine, including Mead, an Irish honey wine.

The craft shops offer a wide range of medieval-inspired if not authentic wares and wear. There are several costume shops, offerring everything from crowns and pointy damsel hats to monks’ robes and metal breastplates to moccasins. Pottery shops are popular, selling containers for such modern conveniences as kitchen utensils, toilet bowl brushes, and sticky notes. There is jewelry for nearly every budget and taste. The glass blower gives regular demonstrations. 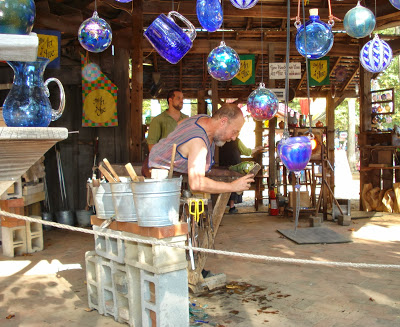 Throughout the Festival grounds are games for different skill levels. They’re like what carnival games would be on Gilligan’s Island. For those who don’t play, it’s fun to watch those who do.

What the Festival really offers is the chance to enjoy some silliness. It’s not so much a retreat into the world of the Renaissance as it is a break from the routine of this one. Parodying modern life as much as it does medieval, it’s an invitation to laugh ourselves as much as our forebears. 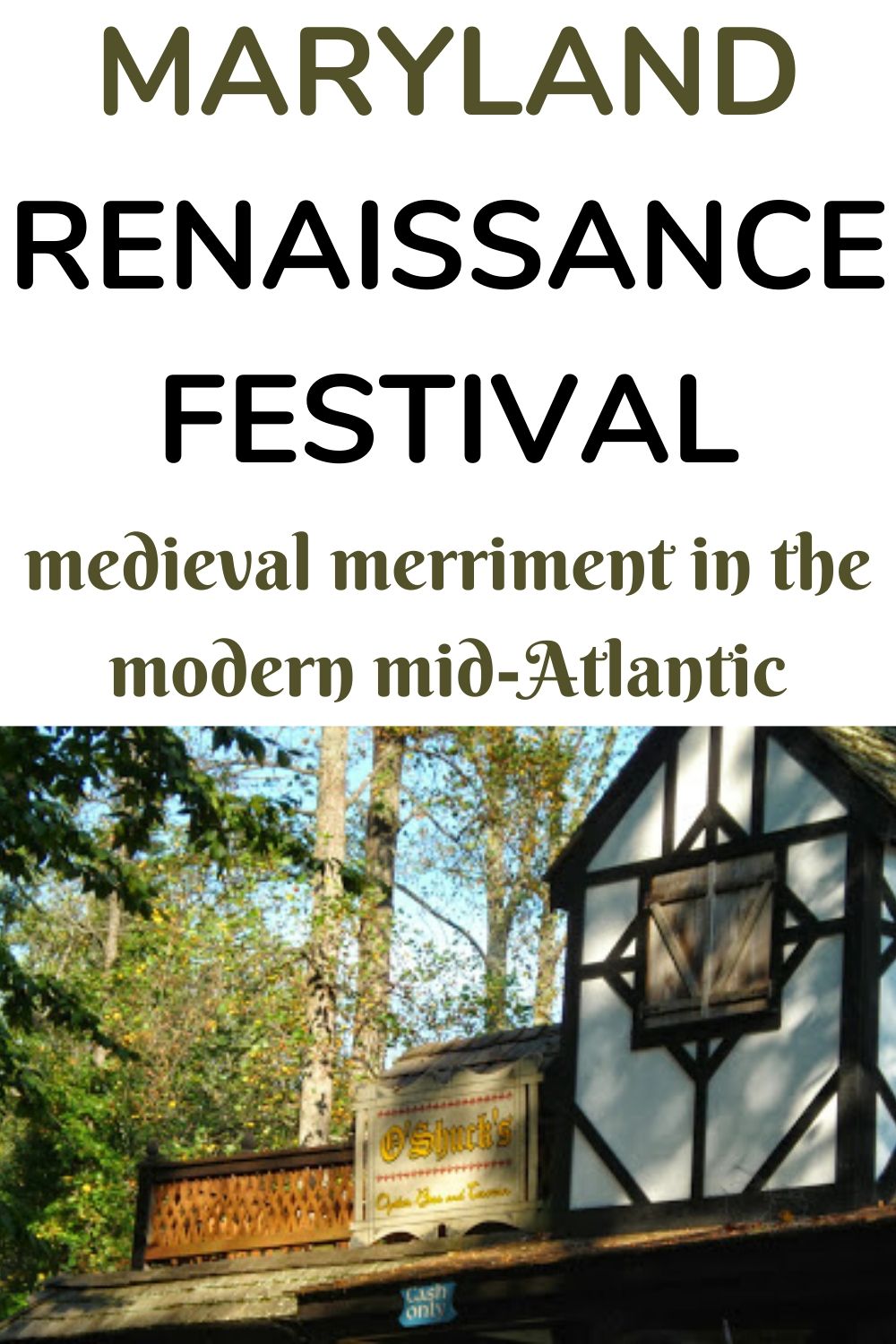 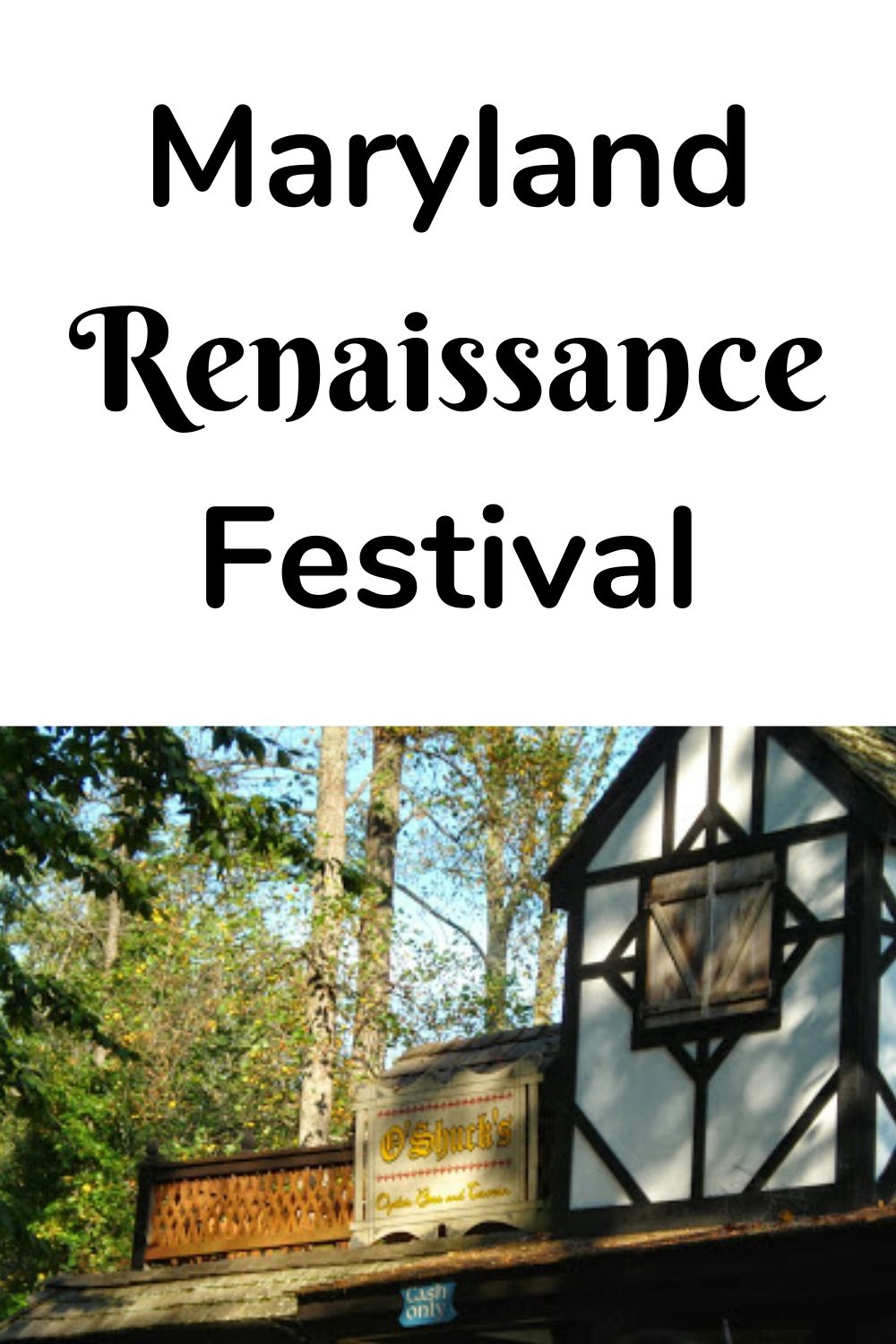 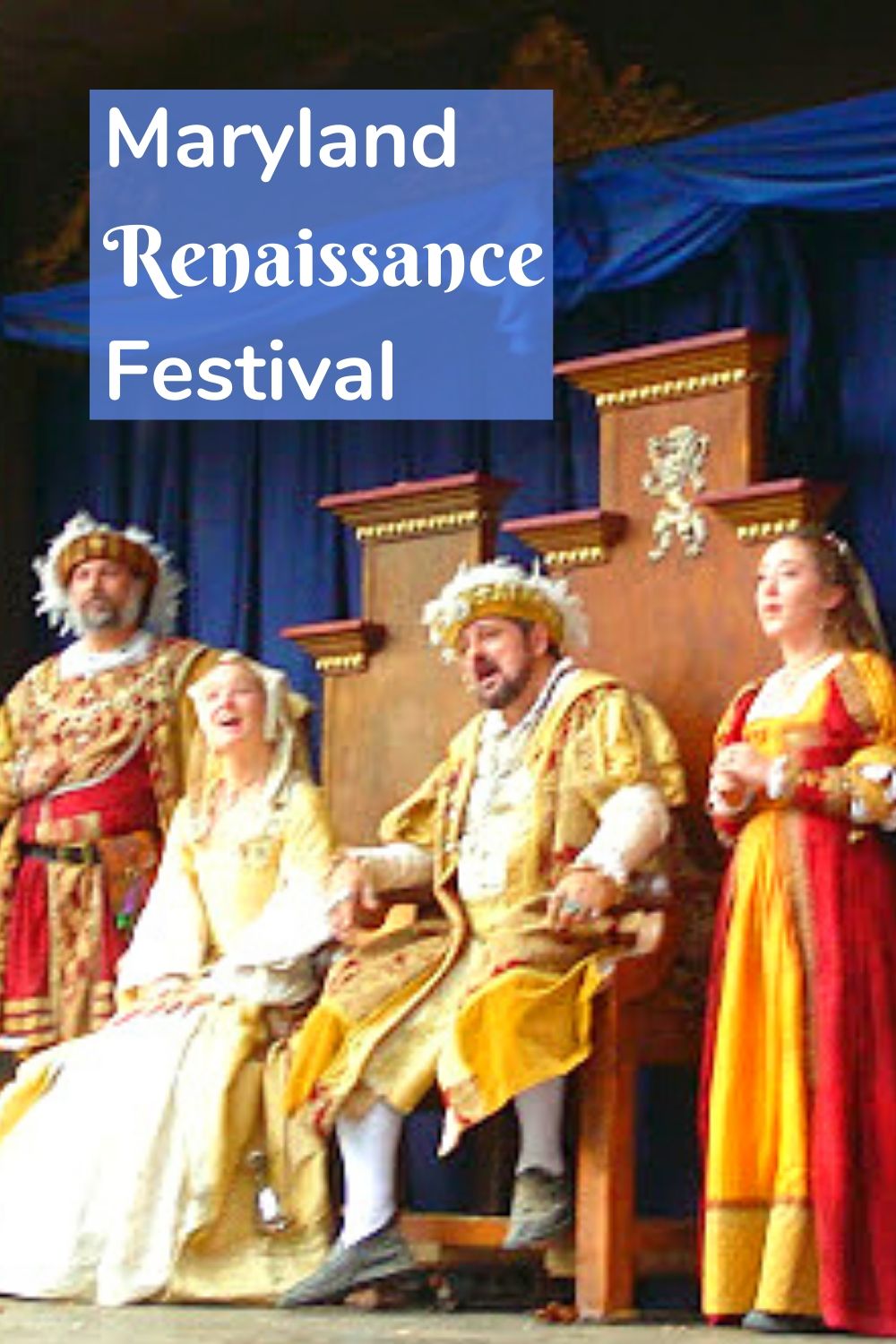