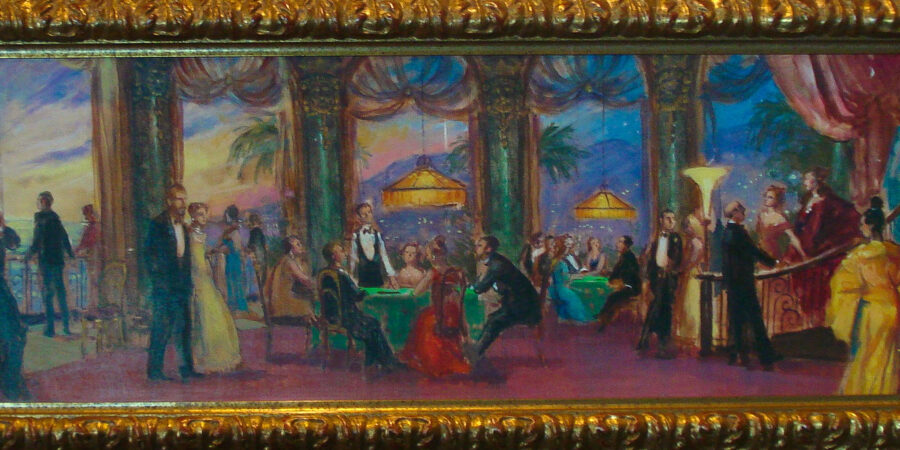 “The waterfront of Boston is our Beverly Hills; it’s where we learned about life,” former Mayor Ray Flynn told visitors aboard RMS Queen Mary II on Wednesday while she was in port at the Hub. The dozens gathered in celebration of the ocean liner’s 10th anniversary, including Massachusetts dignitaries and Southie couples celebrating their 50th wedding anniversaries, enjoyed lunch in Britannia, the Cunard flagship’s main restaurant. 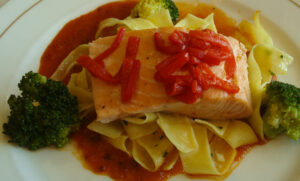 The event was also preview of Cunard‘s 175th anniversary next year and a reminder of the special relationship between the cruise line and people of Boston, who rejoiced when the city was chosen as the American port for its transatlantic service, which began in 1840, the year RMS Britannia docked in Boston for the first time. Four years later, when the ship found herself trapped in the frozen Harbor, Bostonians both donated money and labored for days to cut a miles-long channel through the ice so that she could escape and reach her destination of Liverpool in time for Cunard to avoid reputational and financial ruin.

“Boston and Cunard have a very long history together,” said Stanley Birge, the line’s North American president. Carried in a glass case aboard the Queen Mary II is the 2.5-foot silver Boston Cup, given to founder Samuel Cunard by the citizens in gratitude for the economic opportunities that arrived in 1840 with the Britannia. 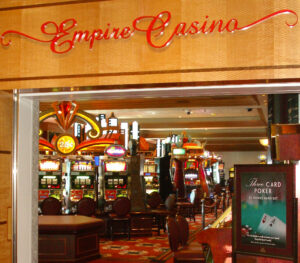 Other art aboard ship offers glimpses of the glamour of ocean travel in its days of glory, and amenities including a Canyon Ranch spa, a theater, a library, a casino, and even a planetarium recall the enveloping sensual lure of the ocean itself, which takes you by all five senses as you savor the passive thrill of getting lost in something bigger than yourself.