California’s San Gabriel Valley lies just east of Los Angeles.  Some of its well-known cities include Pasadena, San Marino, and of course San Gabriel.  It is home to a number of colleges and universities; I first spent time there years ago on a campus speaking tour and have visited many times since then.  It is… END_OF_DOCUMENT_TOKEN_TO_BE_REPLACED

Earlier this month, I enjoyed the honor of MC’ing the Northern Virginia Tea Party Volunteer Appreciation Banquet.  I was delighted to give a speech thanking these wonderful Americans willing to dedicate some of their precious leisure time to restoring our federal government to its proper limited role.  Here’s a clip from my closing comments.  I… END_OF_DOCUMENT_TOKEN_TO_BE_REPLACED

November 10 is the birthday of the United States Marine Corps. Thanks for standing on the wall! Interested in more about the U.S. Marine Corps?  You might enjoy: Close-Order Drill Combat Water Survival Martial Arts “They’re the Best!” Witches v. Marines Leslie CarboneLeslie Carbone tossed off the career hand-cuffs and became a lifestyle blogger.  It… END_OF_DOCUMENT_TOKEN_TO_BE_REPLACED

America is a nation built on the foundation of great ideas.  But great ideas can be difficult to live out.  This is true today, as we move further and further from the time when ideas like individual liberty and limited government were debated and developed from Congresses to coffeehouses.  But it was also true then. … END_OF_DOCUMENT_TOKEN_TO_BE_REPLACED

I enjoyed the great honor of addressing this year’s Independence Day Tea Party on Capitol Hill.  It was a thrill to see so many families sacrificing part of the July 4 holiday to restore America’s founding ideal of limited government and moral taxation.  Event organizer Lisa Miller has posted part of my speech. I hope… END_OF_DOCUMENT_TOKEN_TO_BE_REPLACED

On Tax Day, I had the great honor of MC-ing the Tea Party in Reston, Virginia. It was exciting to see so many wonderful Virginia families turning out in the pouring rain, on a school night, to protest immoral taxation, inspired by the patriots of Boston two centuries ago. Here’s a clip of my opening… END_OF_DOCUMENT_TOKEN_TO_BE_REPLACED

The Sam Adams Alliance released this video today. WARNING: Contains offensive language. Leslie CarboneLeslie Carbone tossed off the career hand-cuffs and became a lifestyle blogger.  It can be done. RedditShareTweetPin

On November 15, 1775, John Murray, the Earl of Dunmore and the royal governor of Virginia, issued a proclamation setting “all indentured Servants, Negroes, or others (appertaining to Rebels) free, that are able and willing to bear Arms, they joining his Majesty’s Troops”. In other words, slaves of Virginians who supported American independence would be… END_OF_DOCUMENT_TOKEN_TO_BE_REPLACED 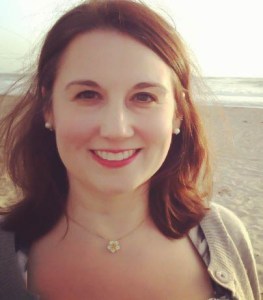 How to Poach Eggs like Julia Child5K Total Shares