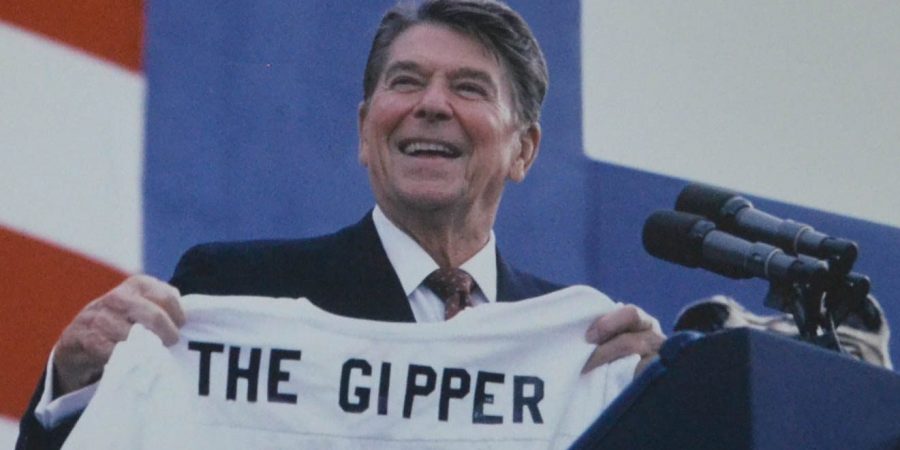 Today marks what would have been the 97th birthday of America’s last great President.  Or, as he would have called it, the 58th anniversary of his 39th birthday.

On this morning, here are some of his words of hope:

Someone once said that the difference between an American and any other kind of person is that an American lives in anticipation of the future because he knows it will be a great place. Other people fear the future as just a repetition of past failures. There’s a lot of truth in that. If there is one thing we are sure of it is that history need not be relived; that nothing is impossible, and that man is capable of improving his circumstances beyond what we are told is fact.

Tonight, let us dedicate ourselves to renewing the American compact. I ask you not simply to “Trust me,” but to trust your values–our values–and to hold me responsible for living up to them. I ask you to trust that American spirit which knows no ethnic, religious, social, political, regional, or economic boundaries; the spirit that burned with zeal in the hearts of millions of immigrants from every corner of the Earth who came here in search of freedom.

We stand on a lonely, windswept point on the northern shore of France. The air is soft, but 40 years ago at this moment, the air was dense with smoke and the cries of men, and the air was filled with the crack of rifle fire and the roar of cannon. At dawn, on the morning of the 6th of June, 1944, 225 Rangers jumped off the British landing craft and ran to the bottom of these cliffs. Their mission was one of the most difficult and daring of the invasion: to climb these sheer and desolate cliffs and take out the enemy guns. The Allies had been told that some of the mightiest of these guns were here and they would be trained on the beaches to stop the Allied advance.

The Rangers looked up and saw the enemy soldiers–the edge of the cliffs shooting down at them with machine guns and throwing grenades. And the American Rangers began to climb. They shot rope ladders over the face of these cliffs and began to pull themselves up. When one Ranger fell, another would take his place. When one rope was cut, a Ranger would grab another and begin his climb again. They climbed, shot back, and held their footing. Soon, one by one, the Rangers pulled themselves over the top, and in seizing the firm land at the top of these cliffs, they began to seize back the continent of Europe.

I know that for America there will always be a bright dawn ahead.

1 thought on “On his Birthday, Some Words of Encouragement from Ronald Reagan”