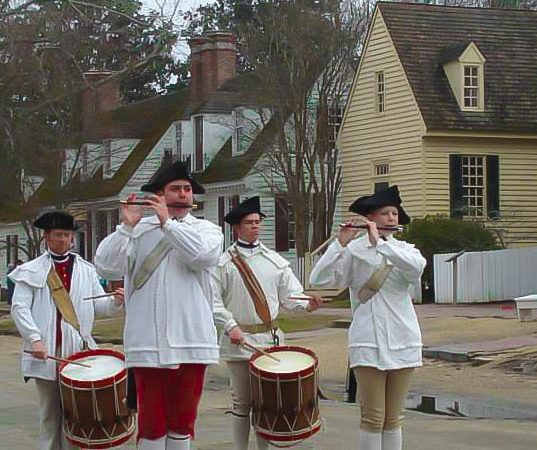 The Book of Proverbs tells us, “Where there is no vision, the people perish.” (KJV)

Without a vision, there is no way to judge whether actions and decisions are making us more or less like the nation we want to be; policy-making too often turns into nothing more than transactional compromise untethered to principle, and the democratic process degenerates into a puerile tribalism.

The following paragraphs suggest one vision of the healthy America toward which public policy should be directed:

In a healthy America, families are free to act according to their own values, in raising their children, in saving or spending money, in using time, in joy and sorrow, in hope and heartache, in need and in prosperity.

In this America, the sanctity of life and of the family are held in high honor. Marriage is esteemed as a sacred covenant, not denigrated as a means to financial goodies. Social power is seated within the home. The sense of obligation to family, church, and community is personal, not exercised through the mediating bureaucracy of the state.

Parents who so desire are free to care for their own children at home. Parents can teach the passive virtues, like obedience, contentment, and self-effacement, without fear of disadvantaging their children in a society dominated by special interest demands. Children attend schools that teach, and teach the basics, like reading and writing, early enough to leave time for advanced science and mathematics, art and literature, history, and the quest for truth.

Families are free to make their own choices from among equally valid moral alternatives without the influences of public policy that steers behavior. Families can turn to pastors, family, and friends first for guidance when making major decisions, not to lawyers, accountants, and brokers. They run homes and businesses according to their own consciences. They can reach for and achieve their dreams without facing unnecessary barriers or vague apprehension about unknown barriers intentionally or unintentionally blocking success.

They enjoy the freedom to negotiate with employers, or to contract independently, without government interference creating asymmetrical incentives. They are free to leave unsatisfying or abusive jobs without worrying about losing health coverage or other benefits. Their children can open lemonade stands without being shut down for failure to file forms. They enjoy the unadulterated freedom to dream that exists only in the absence of synthetic incentives.

Intact families living on honest wages in clean neighborhoods are the norm in every community. They can afford decent living standards without assuming debt. They are confident in the rewards of hard work and responsible stewardship, and they can spend more time working for God and themselves than for the government.

These families are free to worship God in whichever churches they believe best teach and follow His requirements for worship and righteous living and to look to these churches, not the civil state, first for moral guidance, dispute resolution, and material support.

This great nation is loved, honored, and trusted enough for her citizens to respect the primacy of her founding documents. Law is made according to the standards set forth in the Constitution. It seeks long-term good over short-term gain. It upholds each individual as valued, capable, and morally free and responsible. The people are honest and optimistic enough to look critically at policies that fail and change them. Political power is properly understood and used as a tool to preserve and protect people and principle, not to perpetuate itself.

Government is servant, not master, fulfills its proper role, and is given due honor in it. It protects life and secures property while respecting the liberty of the people. Civil government wields the necessary power to punish law-breaking. Such power is concentrated at the local and state levels, not the federal level, because any government is most accountable when closest to its people. Law upholds what is right and enhances–rather than undermines–its own purpose, and sows respect–not disrespect–for authority.

No goodies are distributed that discourage people from work and entrepreneurship, rewarding sloth, encouraging vice. Material needs are met by the free play of the market economy and, when necessary, by the voluntary contributions of individuals, families, and churches.

Wealth creation is understood as benefiting all in society, and those who improve lives by inventing new technologies and creating jobs are recognized as helping others, not resented as parasites living off those whose lifestyles they’ve enhanced. The natural rewards of virtue are left in place; the blessings of industry, planning, chastity, responsibility, delayed gratification, discipline, commitment, and stewardship are not mitigated by an intrusive state. These virtues are held in high esteem, not dismissed as frills that can be jettisoned on the journey toward a synthetic utopia. Vices like malice, envy, resentment, and ill will are seen as the social cancers they are, not the bases for policy goals.

Respect for others is the norm. The essential humanity, dignity, and rights of each individual are universally recognized. The people are secure enough in equality as a natural condition to encourage one another, not tear each other down. Babies in the womb, children playing in yards, students leaving libraries late at night, grandparents on leisurely Sunday afternoon walks are safe.

In this America, daily life is not easy, but it offers more opportunity for fulfillment, hope, and joy than if it were, because these things are found in freedom and in virtue, in meeting challenges, overcoming obstacles, and reaching dreams.

3 thoughts on “A Vision for America”